But what is arguable is the question of which fast wagon is the best. Audi has spent the last couple of decades putting forward a pretty good argument in the form of the Audi RS2 and RS4 Avants.

The Volkswagen-chassis based wagons are 5, 6, or 8-cylinder heroes of the fast-and-convenient, with blistering speeds coming from cars that look set to pick up the kids and grab some groceries.

So, we’re looking back to see where the fast Avant started, and how it got where it is today. 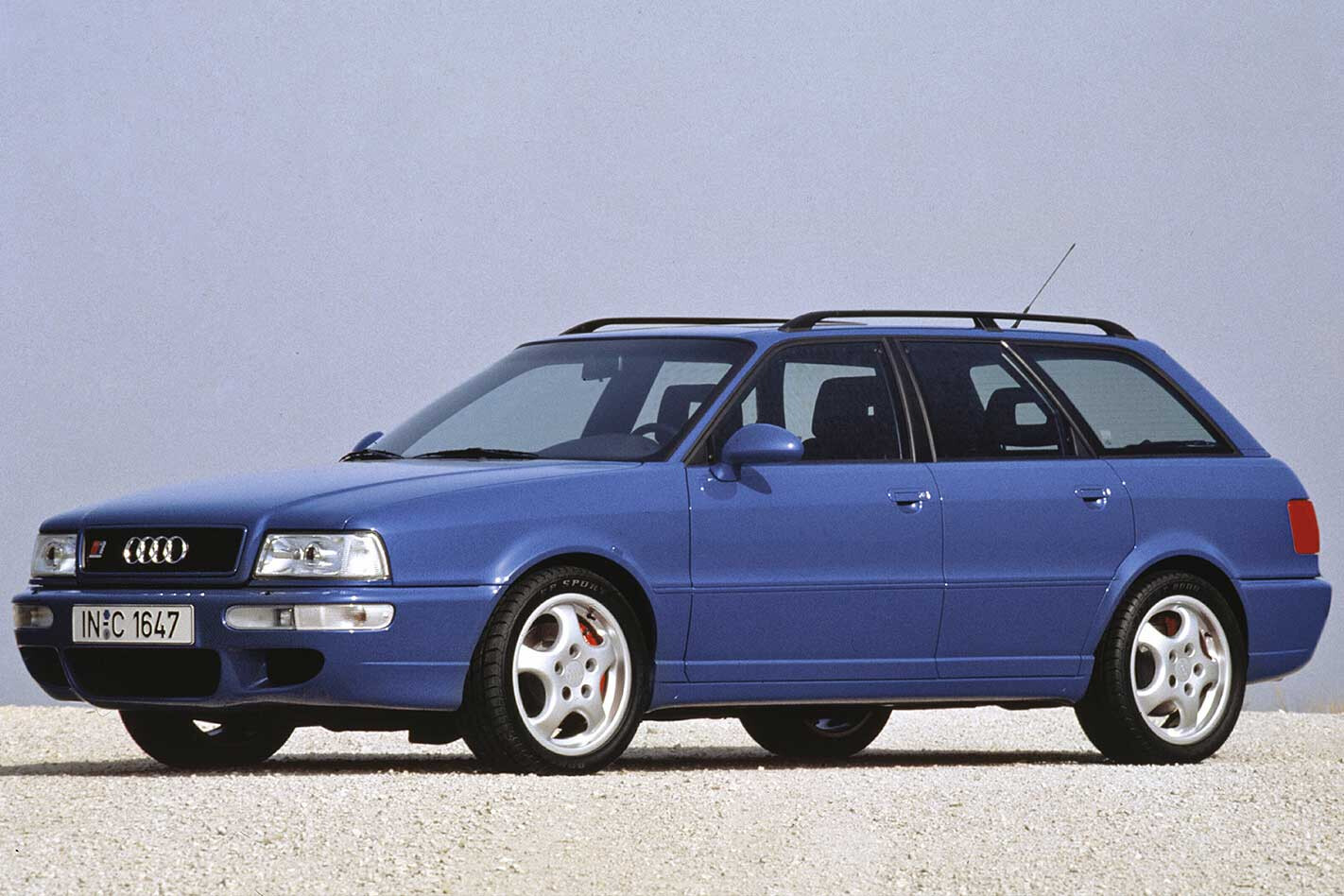 This legend is a mix of Audi tradition, and ground-breaking new ideas.

Powered by the iconic turbocharged Audi inline five-cylinder, in 2.2-litre form, the RS2 Avant was capable of a 0-100km/h sprint in just 4.8 seconds, thanks to all-wheel quattro grip and an output of 232kW.

Notably, the RS2 is quicker to 50km/h than a McLaren F1. Additionally, due to developmental assistance from Porsche, some parts of the RS2 (Mirrors, front indicators and foglights) were pinched from a 993 911.

Even though 2881 were built, they were primarily sold in Europe, and seeing one in Australia is as rare as hen’s teeth.

The RS2 was also the car that kicked off the ‘RS’ line, with the wagon being the first to wear the ‘RennSport’ (or Racing Sport) RS badge. At the turn of the century, Audi created a new badge for the next iteration of its fast wagon. The first RS4 did away with the turbo five, and opted for a twin-turbocharged 2.7-litre V6 instead.

With the help of renowned engine experts Cosworth, the first RS4 pumped out 279kW, which allowed it to hit 100km/h in 4.9 seconds.

A little more than 6000 units of this RS4 were produced until 2001, by which point Audi had doubled its originally planned production count. 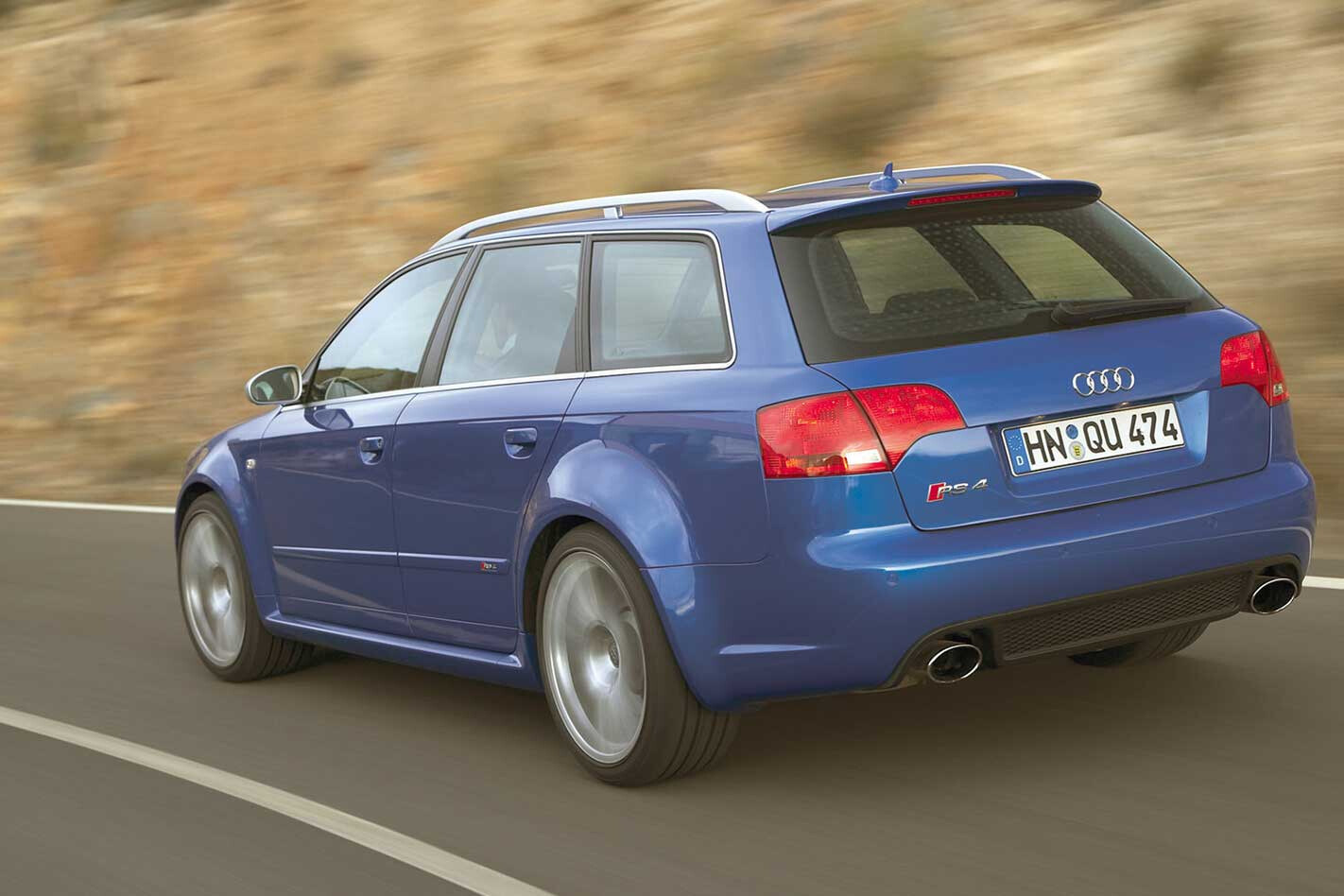 In the mid-noughties, the RS4 underwent probably its most dramatic change. Not only did the RS4 obtain a stonking 4.2-litre 309kW atmo V8, the RS4 was also made available as a sedan, and eventually a convertible.

The more powerful V8 shaved a tenth off the RS4’s 100km/h sprint, and sounded better than the V6, but its other body styles were short lived. This was the only generation of RS4 which came as anything other than the iconic Avant.

This RS4 did, however, boast dynamic torque distribution which was able to direct twist to the wheel where it was most needed, and there was also an option for carbon ceramic brakes. 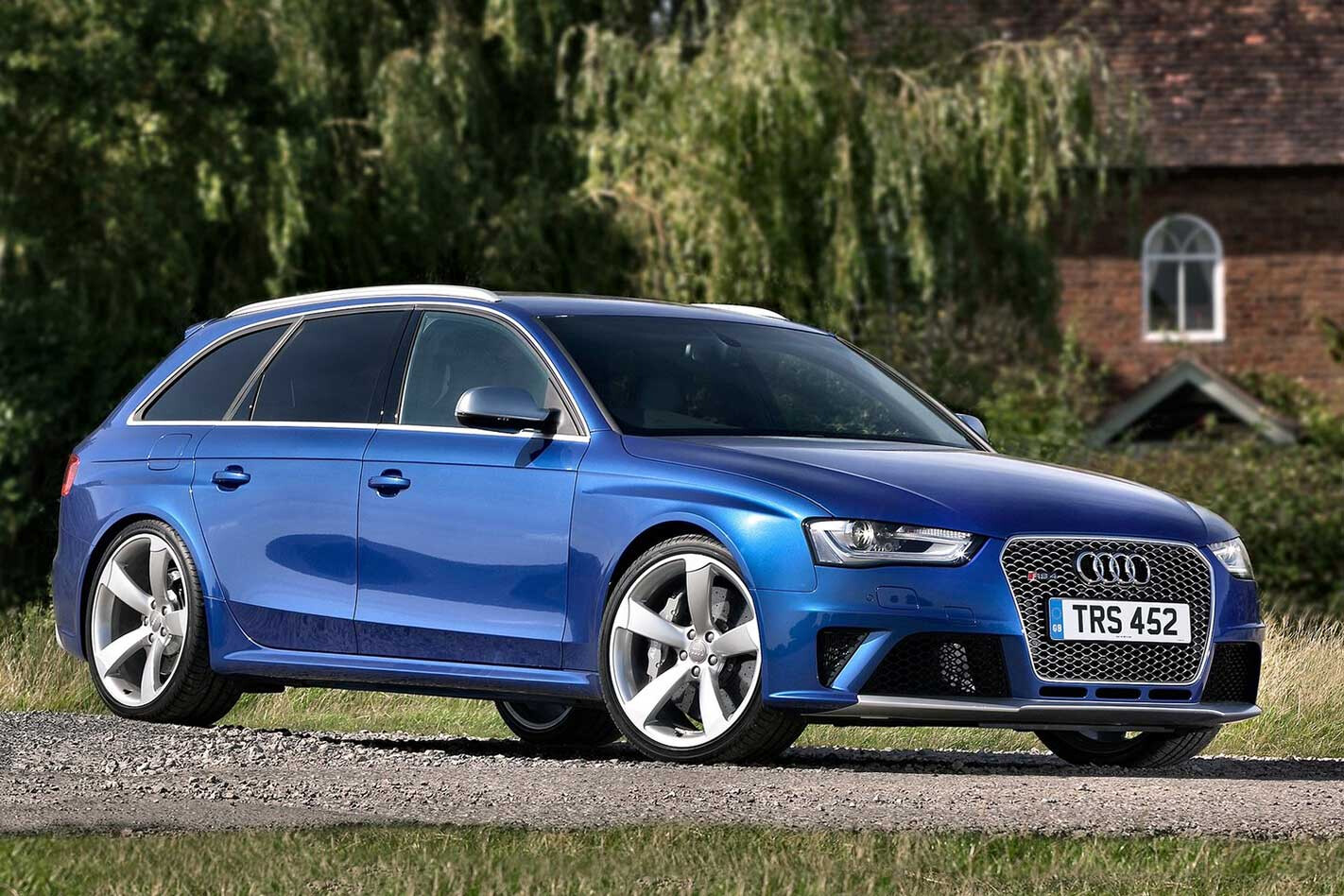 Audi claimed it’ll run a 100km/h sprint in just 4.7 seconds, which seems on the money – MOTOR once tested it in baking 35-degree plus Aussie heat and even then managed a 4.93.

Its top speed was 250km/h by limiter, though customers could request the limit to be raised to 280km/h.

An optional sports diff was also available to help tidy up understeer, with the weighty beast (a touch under 1800kg) needing a little help to sharpen its turning.

About 7000 units of the B8-based RS4 are said to have been produced. The newest RS4 has stepped back into the world of V6, though its downsizing also gives it an advantage.

This comes thanks to its 2.9-litre twin-turbo V6 developing 331kW/600Nm, and the fact it’s not any heavier than its predecessor.

Its eight-speed auto helps that power to, of course, all four wheels, and along to a top speed of 250km/h – or 280km/h when optioned with the RS dynamic package.

Though we haven’t yet seen one locally, pricing is expected to sit in the $150,000-or-so ballpark.