Even after the 1980s proved to us that greed was not, in fact, all that good for us, the game was still going on in the 1990s. And, basically, if you didn’t have a supercar in the ’90s, you just weren’t in the game.

This feature was first published in MOTOR's February 2011 issue.

Ferrari had its outrageous turbocharged V8 F40, Lamborghini was still fiddling with its Diablo and Porsche was doing all sorts of wild and crazy things with 911 derivatives, such as the 959. Jaguar had its aluminium honeycomb, venturi-bottomed XJ220 to lose money on, too.

And, long before the mammoth Veyron, even the Bugatti brand was dragged out of retirement to front the entirely forgettable EB110, which was to supercar success what Tonya Harding was to sportsmanship.

Above and beyond all of those was just one car; the legendary McLaren F1. 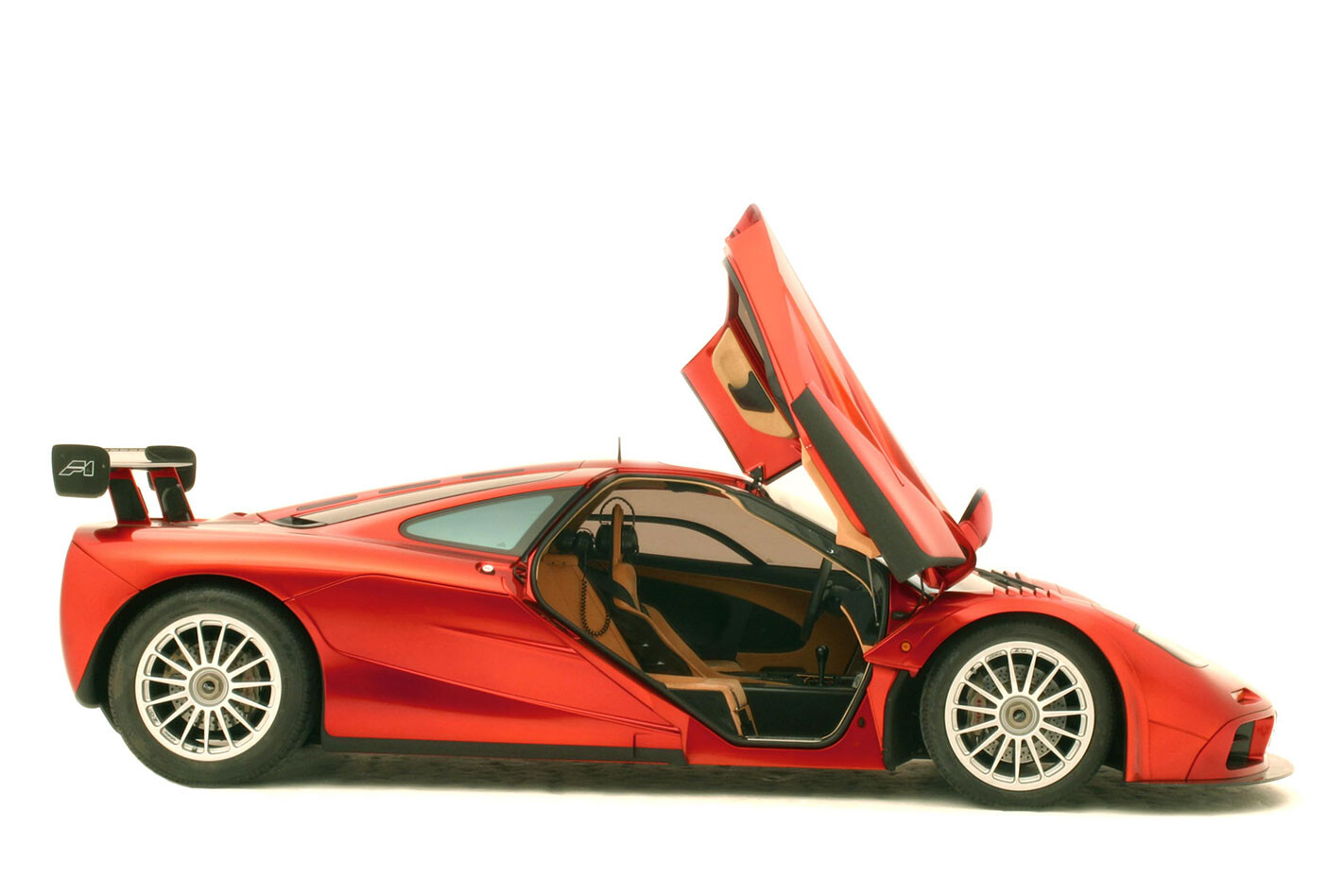 Back in the late-’80s, when Brit Gordon Murray was still sporting a mullet and not-so-subtle Hawaiian shirts, the then-McLaren Formula One designer had the wild idea of building an all-conquering road car that would show the rest of the establishment the door. In hindsight, you’d have to say he achieved just that. In spades.

For years, nothing could touch the McLaren for what it could do and the way it did it. The F1 won Le Mans and creamed the best of the rest on street. And it did so for years and years, long after its contemporaries had passed their use-by date. 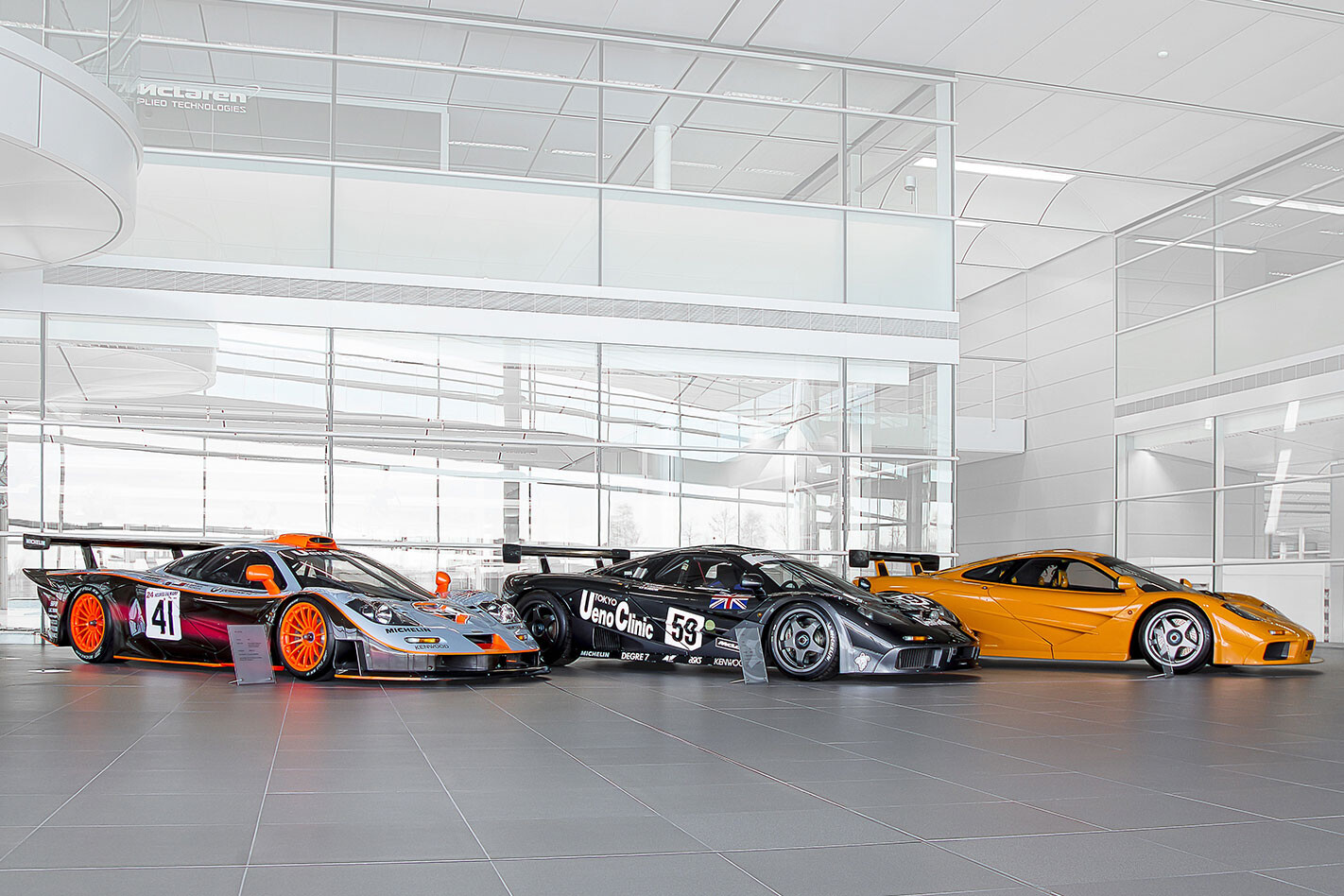 In fact, the F1 held the world production-car top speed record for more than a decade (371.8km/h, set in 1994) and was only knocked off in 2005 by the Koenigsegg CCR. The F1, meanwhile, still to this day holds the naturally aspirated record.

Ironically, part of the McLaren’s appeal was the fact that, in some areas, it wasn’t as outrageous as the competition.

Murray, for instance, always insisted that the car be non-turbocharged in the interests of driver control and overall reliability. And to that end, he also specified an engine that had been tried and proven before it was ever slotted between the rails of the sleekly-styled McLaren. 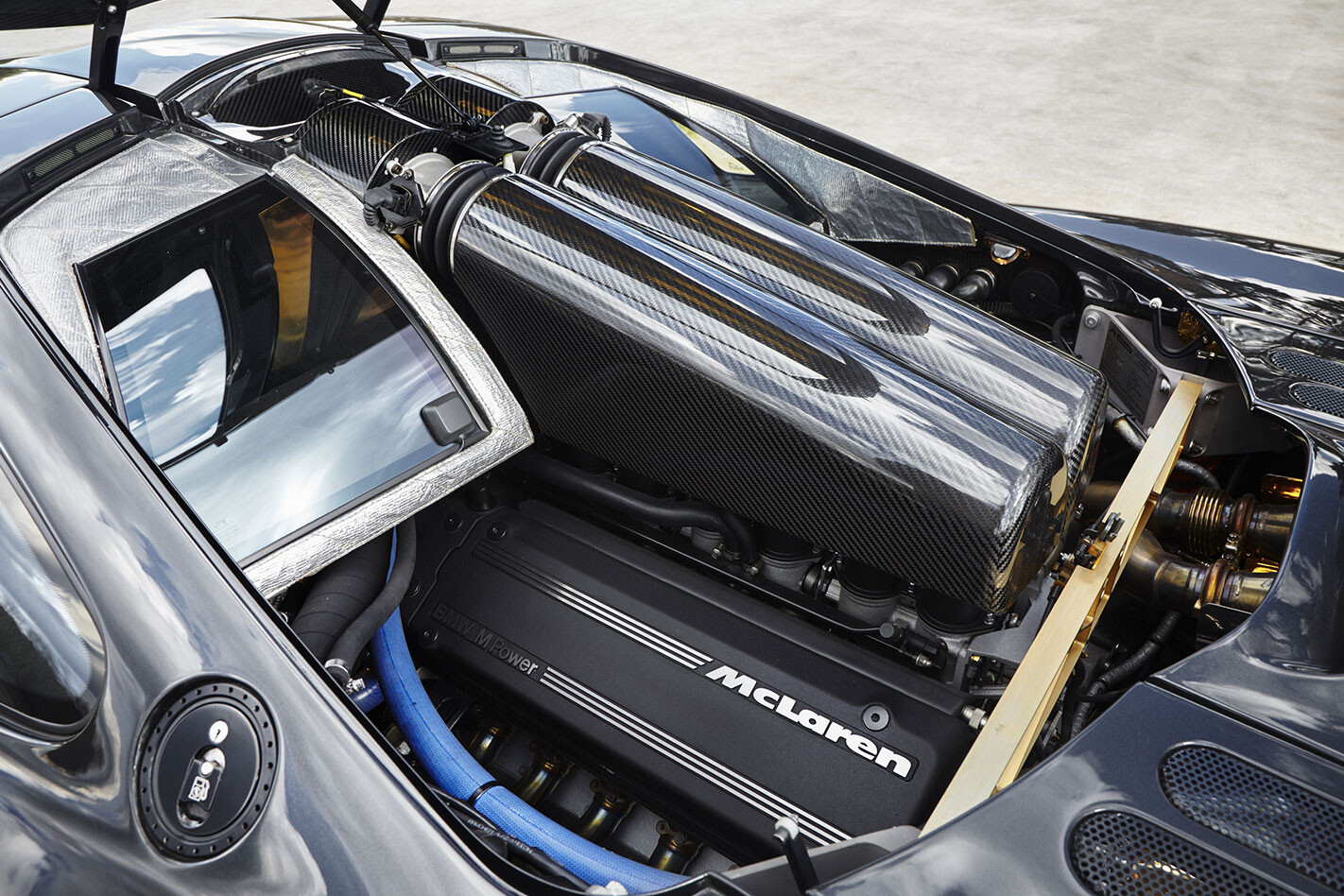 Initially, there was talk of the McLaren using engines from Honda – the company was supplying engines to the McLaren Formula One team at the time – but after driving an NSX, Murray knew his car would need more engine. He tried to convince Honda to build him a 4.5-litre V10 or V12, but Honda didn’t want to know.

The rest of the development is fascinating, too. 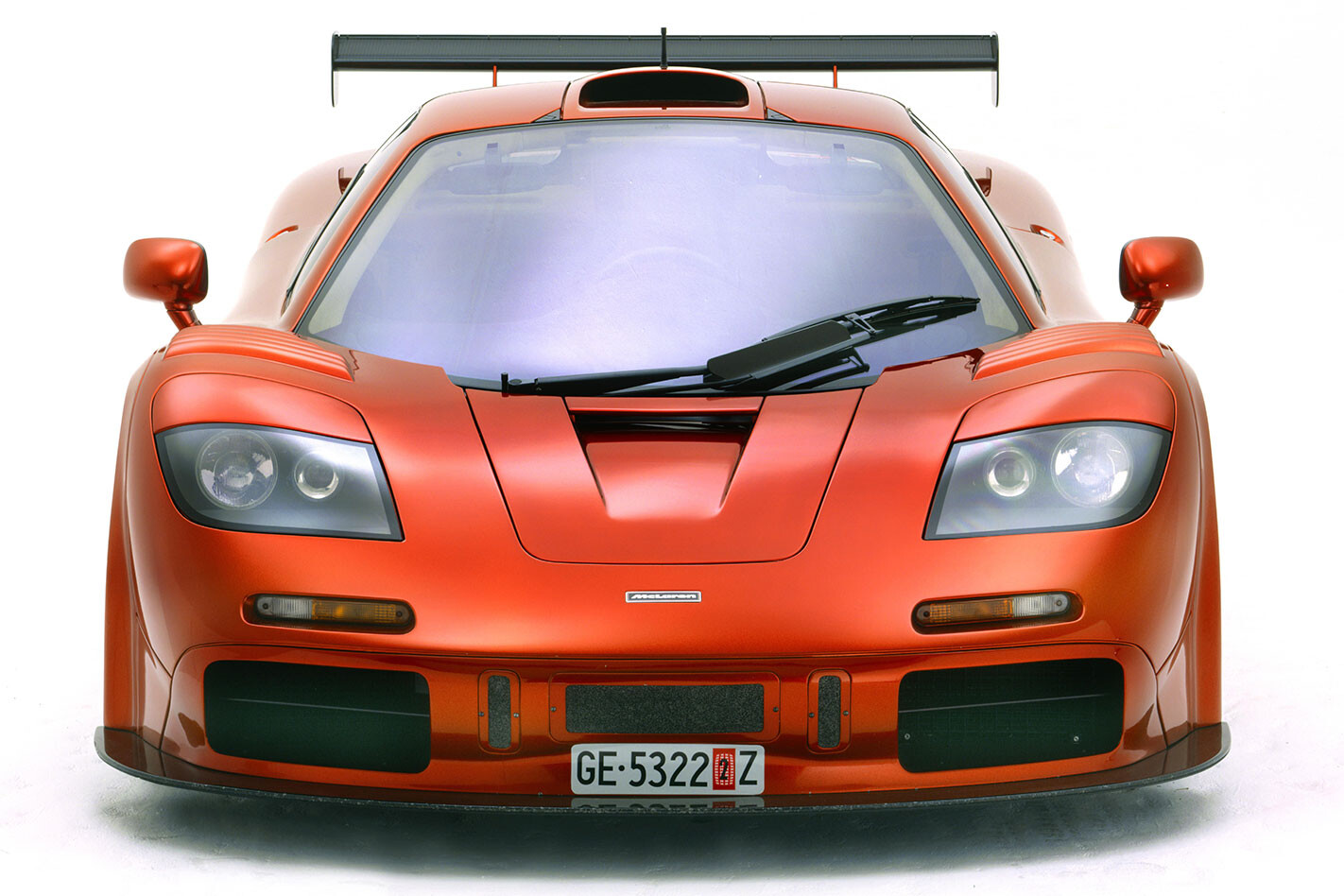 For instance, two mules based on Ultima kit cars were built to test the mechanicals. Not wanting to be associated with any sort of kit car, both were crushed by McLaren at the end of testing (and wouldn’t they be worth a quid now?).

And the F1’s safety credentials were first tested in 1993 when a test driver wearing shorts and a t-shirt rolled a prototype and walked away.

Later that year, the first production cars were ready and the world went absolutely bonkers for the thing. Mind you, it’s easy to see why.

Aside from that monster engine, the driveline consisted of a six-speed transaxle with a triple-plate carbon clutch. 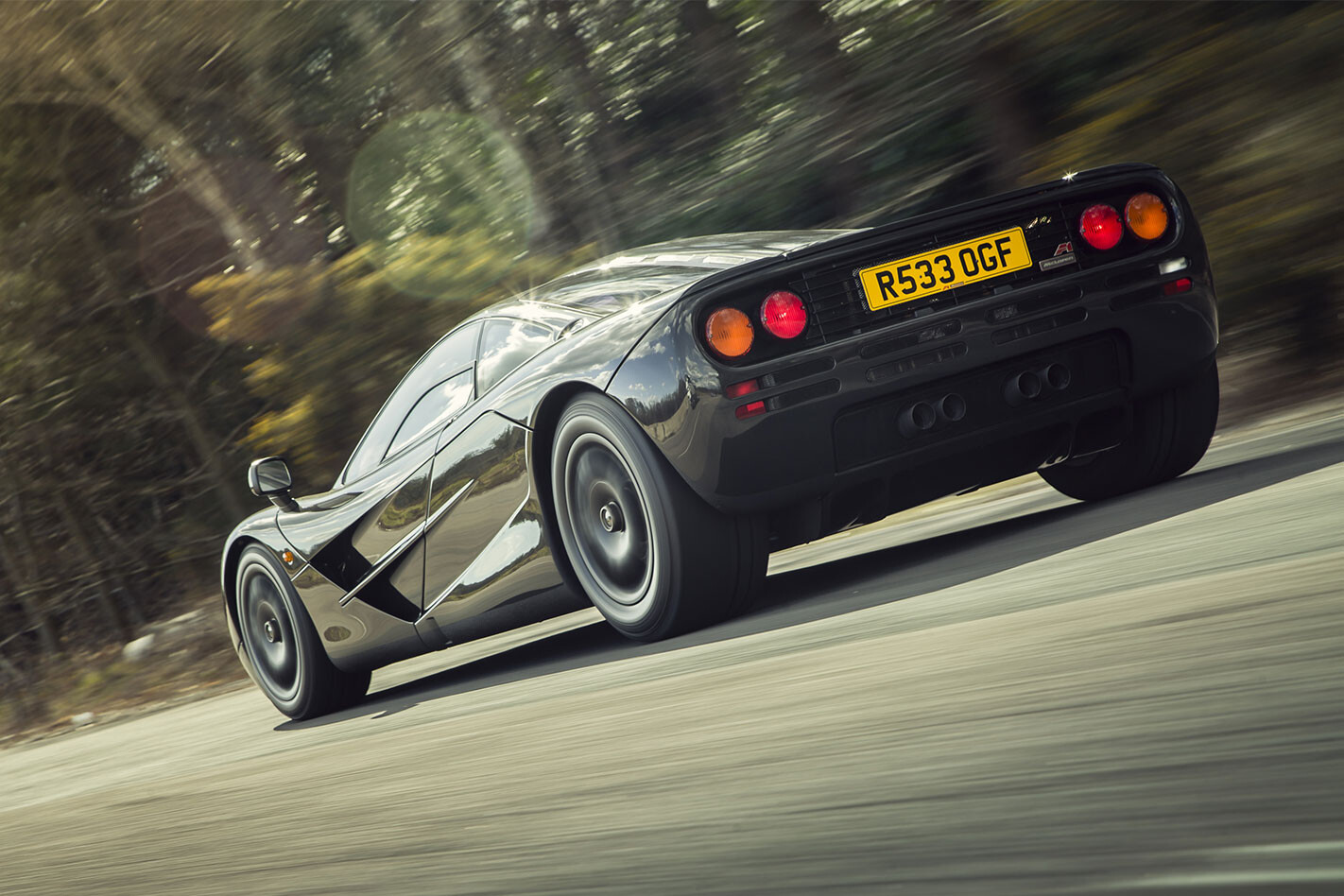 The brakes, by today’s standards at least, seem a bit underdone, with 332mm front rotors, four-pot calipers and no power-assistance. Ditto the 17-inch wheels (though the rears were 11.5 inches wide).

Naturally, there are double wishbones front and rear but the mass-centre of the car was designed to be equidistant from the front and rear roll-centres. And that, in a nutshell, means that the F1 doesn’t need anti-roll bars.

Then, of course, the F1 was the first production car to use a carbon-composite monocoque bodyshell.

Crazy little fact-ettes are everywhere, too; stuff like the central driving position, with a passenger’s chair mounted aft of and to each side of the driver’s pew. It meant that getting in and out was a bit trickier, but there’s nothing like sitting smack dab in the centre of the car for a feeling of control. 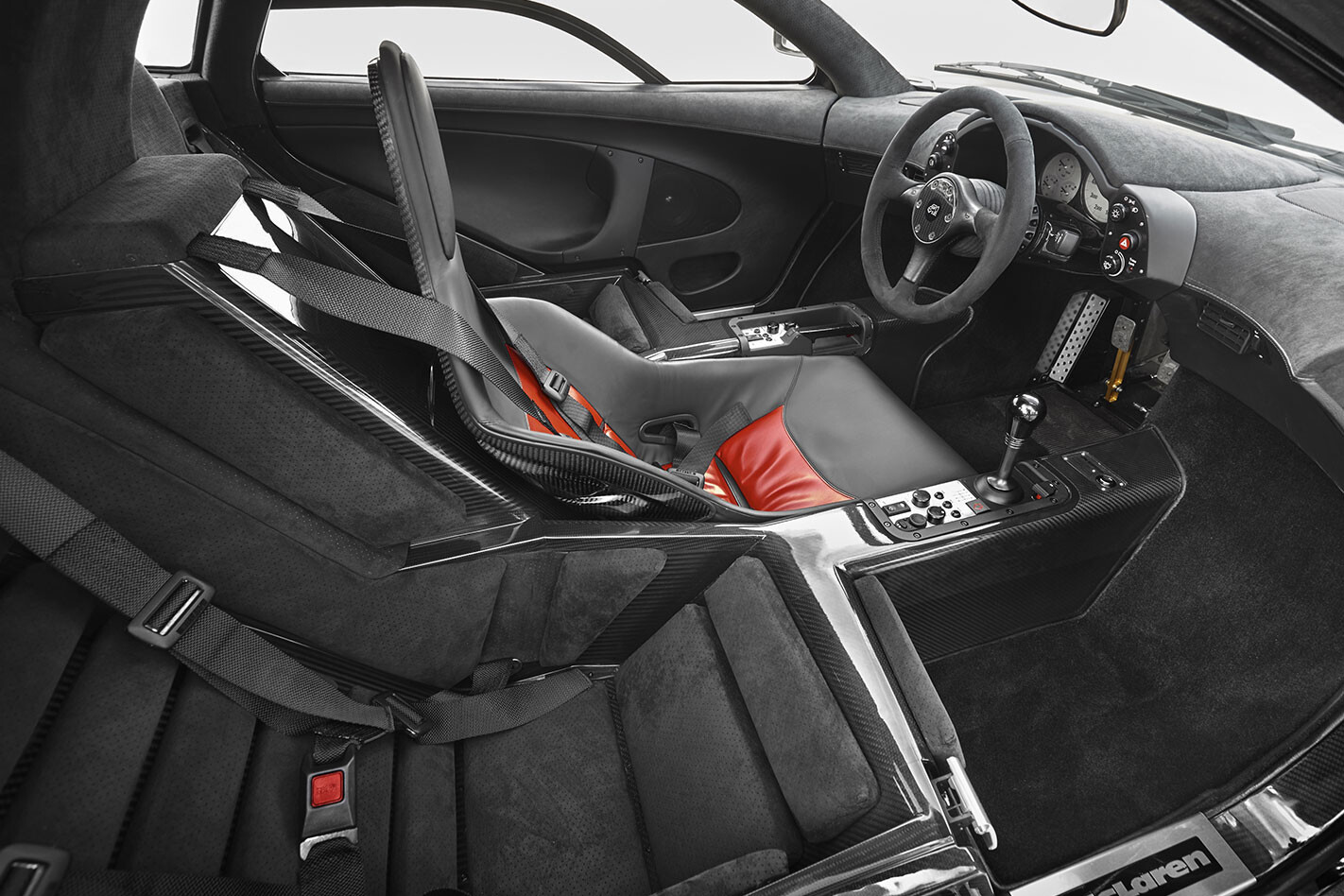 Although there’re virtually no wings or spoilers on the original F1, the undertray combines with two fans to create downforce to glue the F1 to the road.

It just goes on and on.

As a road car, the McLaren really shone, no question about that. But it also proved itself a very capable production-class racer as well. 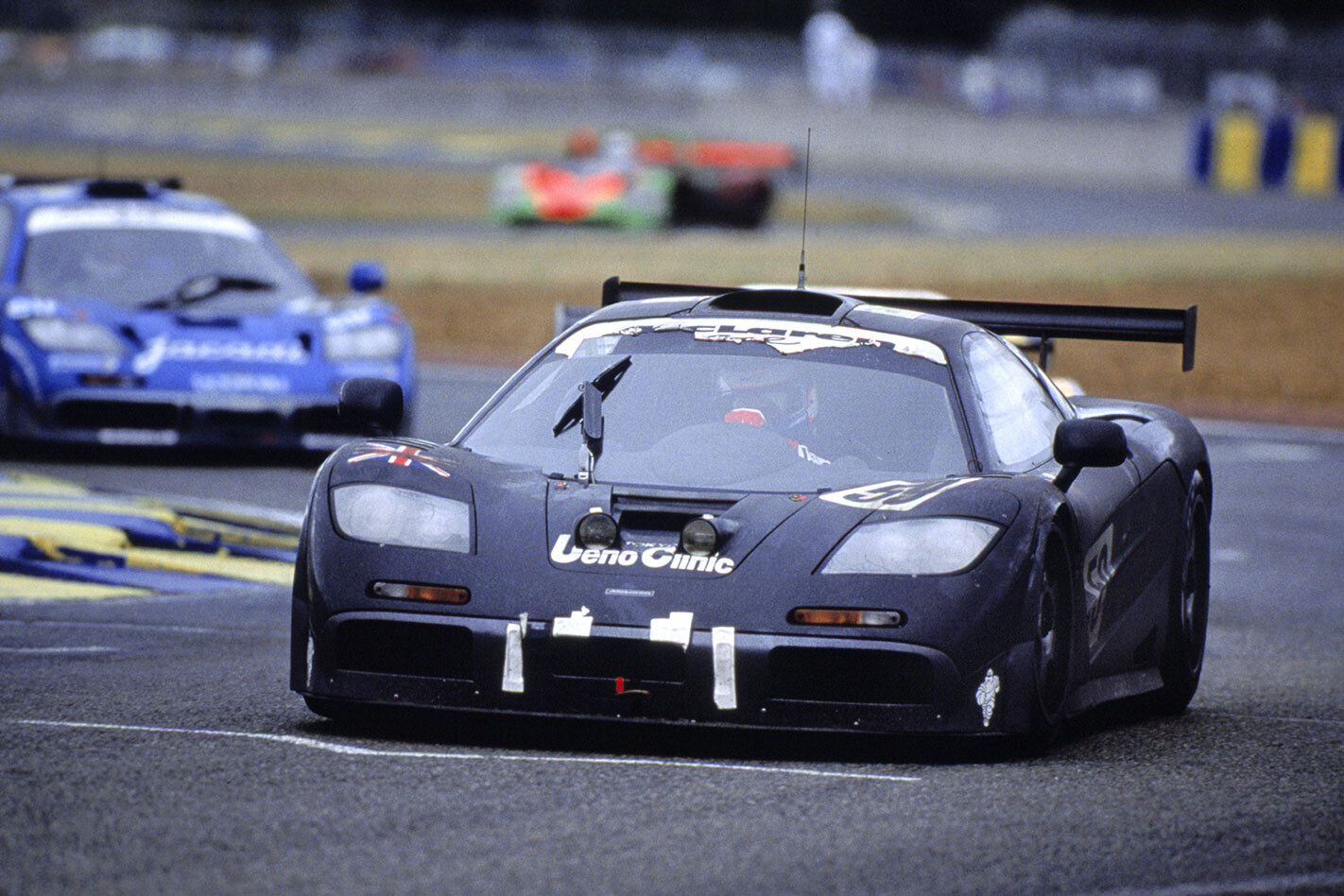 There were eventually three different versions of the F1 for racing between 1995 and 1997 and they all had their successes, most famously taking the 1995 Le Mans event in emphatic form with outright first, third, fourth, fifth and thirteenth places, even beating the favoured prototype sports cars.

But other cars also have racing pedigree, so why all the mystique surrounding the F1?

Well, the car’s actual abilities speak for themselves and there’s no doubting its credentials as a true supercar. 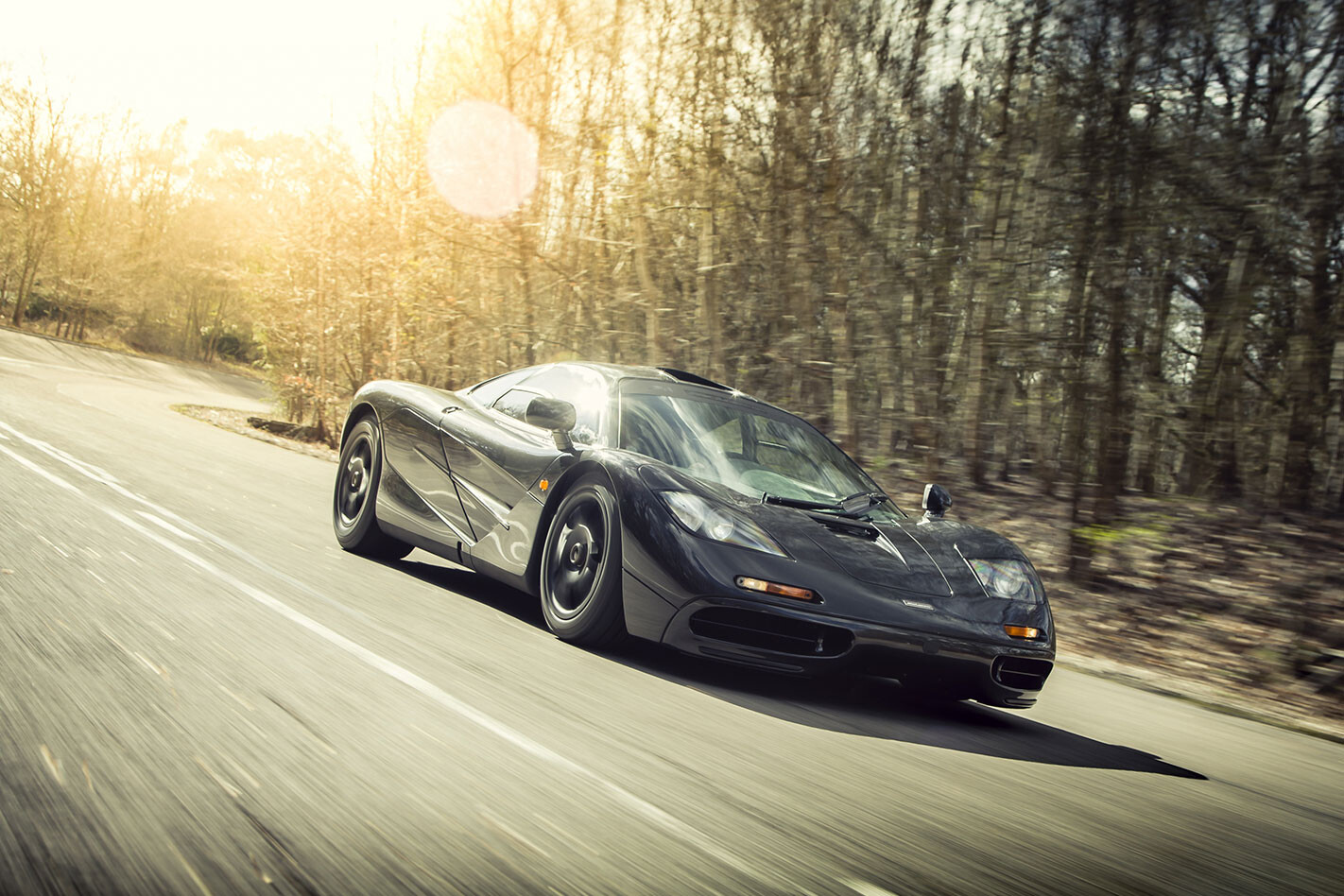 It’s also a true supercar even by current standards, despite the pace of performance car development since Murray’s epiphany. Sure, the Veyron might be quicker, but there are still only a handful of cars that can get anywhere near an F1, even though the McLaren is getting on for two decades old.

Another part of the magic is that the McLaren looked, and still looks, absolutely stunning. Even though it uses some classic supercar styling cues, like the overall wedge shape, it’s a much better looking car than either a Ferrari Enzo or the imposingly styled Bugatti Veyron. And while Lambo Murcielagos and Ferrari F430s are like excuses in a call-centre (everybody’s got one), the McLaren is still a pretty rare bird.

Yet there’s another thing the legendary F1 possesses. Perhaps most of all, the McLaren is seen as the work of a single, dedicated bloke. Gordon Murray knew what he wanted and knew how to get it. But more than that, he actually went out and bloody well did it. And that gives the F1 a distinct set of human qualities that other production supercars just seem to have missed out on.

Where do I Get One? 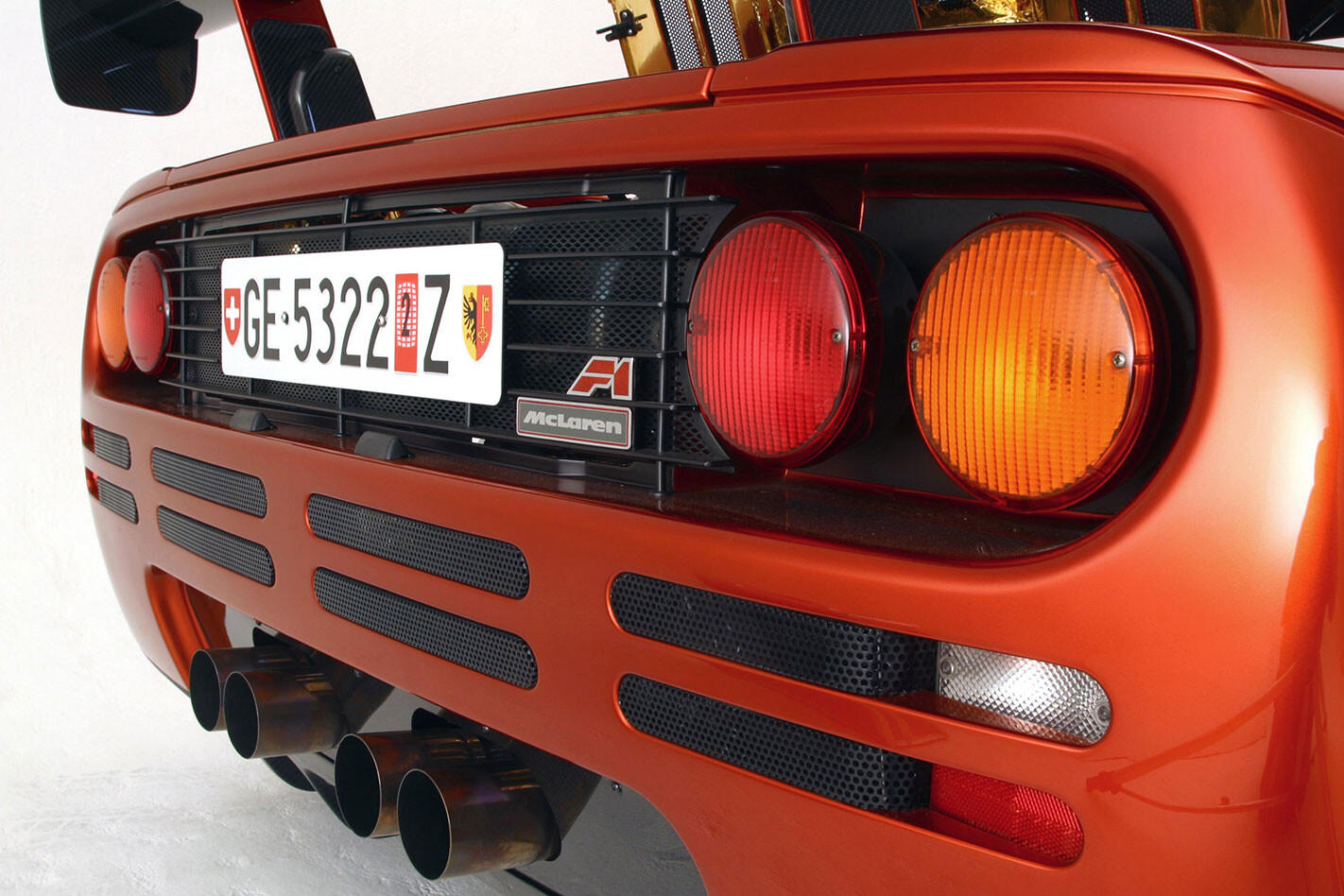 Despite being in production from 1992 to 1998, only 106 F1s were ever built. And of those, just 64 were street-legal variants, although some ex-race cars were eventually road-registered. There were rumours of a single car having come to Australia, but since the car couldn’t be registered here (it didn’t comply) it is probably the only one thus far. Whoever owns it probably isn’t too keen on parting with it, so the only way to get a McLaren F1 as your next track-day special is to shop abroad. Try the specialist press and watch foreign auction houses, because that’s probably how most of them change hands.

1 - ABILITY
The F1’s performance is everything you’ve ever imagined and then some. Apparently, they handle and stop, too.

2 - RARITY
Exclusivity on four wheels doesn’t come much more gilt-edged than when you’re in a McLaren F1.

3 - MONEY MAKER
As auto investments go, the F1 has got classic written all over it. There’ll always be a market for these things. 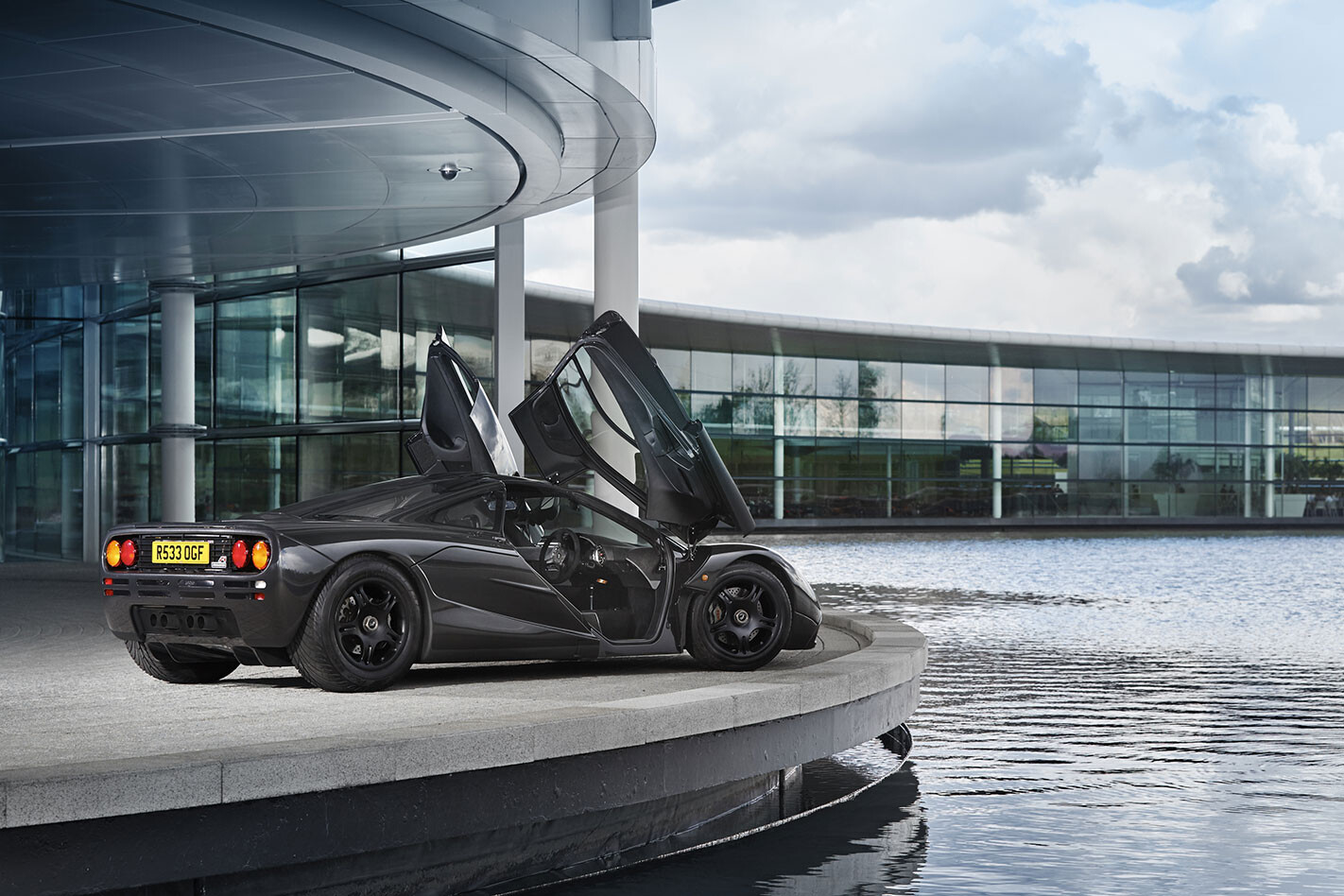 1 - SELF SERVICE
Servicing doesn’t happen at K-Mart Tyre and Auto. Ditto for parts should, God forbid, you ever bend it.

2 - INSURE THIS!
Getting insurance will probably be a cinch if you are over 70 and can get both parents to sign the forms for you.

3 - HANDS OFF!
Valet parking? Don’t think so. Try trusting anyone or parking this baby anywhere − ever.