It’s extremely obvious why carbon fibre has been the go-to exotic material for the world’s most exotic cars.

It was perhaps more surprising that the first Formula 1 team to pioneer a monocoque made from the magic black weave would be the first to transfer this advanced construction to the road.

The 1992 McLaren F1’s carbon-chassis approach was exclusive for several years before the Pagani Zonda came along – a car created by the man who had envisioned the composites trend back in 1987 with his Lamborghini Countach Evoluzione concept. 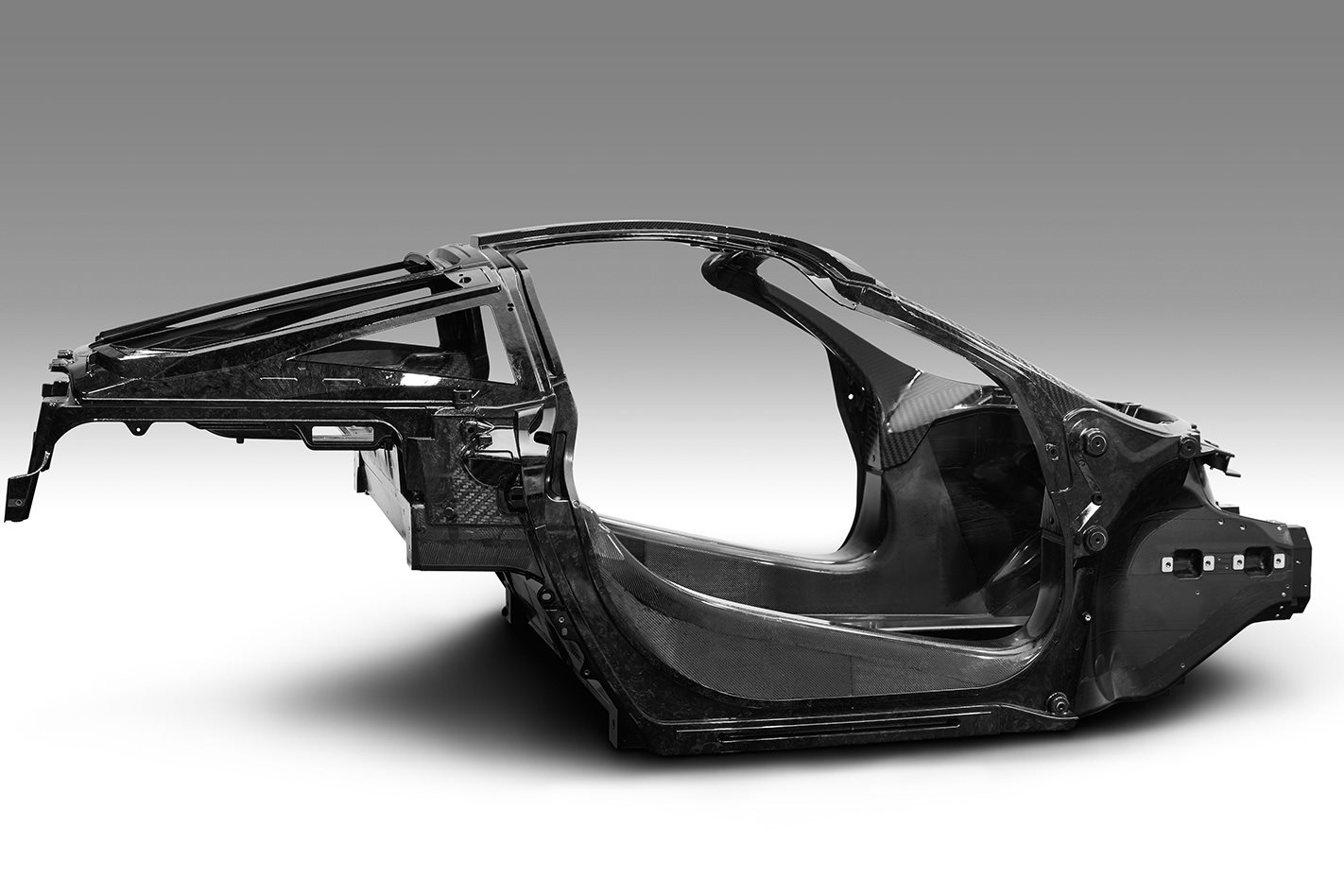 Lamborghini eventually got there with the Aventador S. Ferrari had already dabbled with composites for the F40 but didn’t stretch to the monocoque for another 14 years, with the 2002 Enzo.

Porsche joined the club with the Carrera GT and, more recently, 918 Spyder, while niche Swedish supercar maker Koenigsegg continues to be arguably the most obsessive user of carbon fibre. 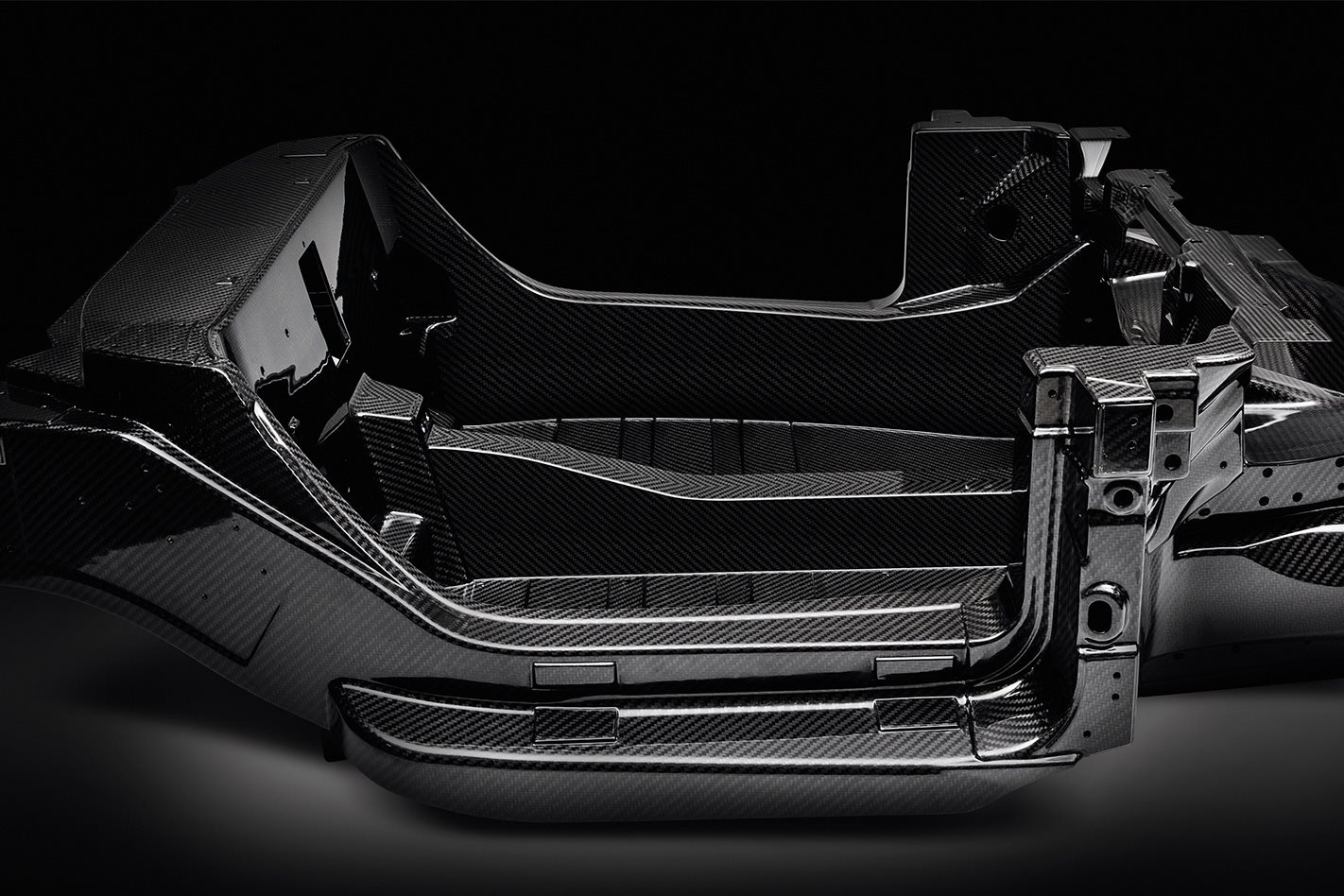 Carbon fibre passenger cells have recently made it into relatively affordable territory. There’s one at the heart of the $89,000 Alfa Romeo 4C sports car and $64,000 BMW i3 city car. The Munich marque’s i8 hybrid supercar also features a carbon cell, though there are no signs yet that M cars will feature much more than a carbon roof or bonnet in the near future.

Limitations continue to be set by carbon fibre’s other extreme: cost.

McLaren says it moved to new techniques with greater efficiencies to establish a business case for producing carbon tubs for every single supercar it produces. And the company is targeting 4000 sales per year where it built just 106 F1s.

The likes of Ferrari, as well as F1 teams, continue to use the traditional process, where carbon fibre parts are placed in a single-sided tool, pre-injected with resin to create a ‘pre-preg’, and then baked in an autoclave. 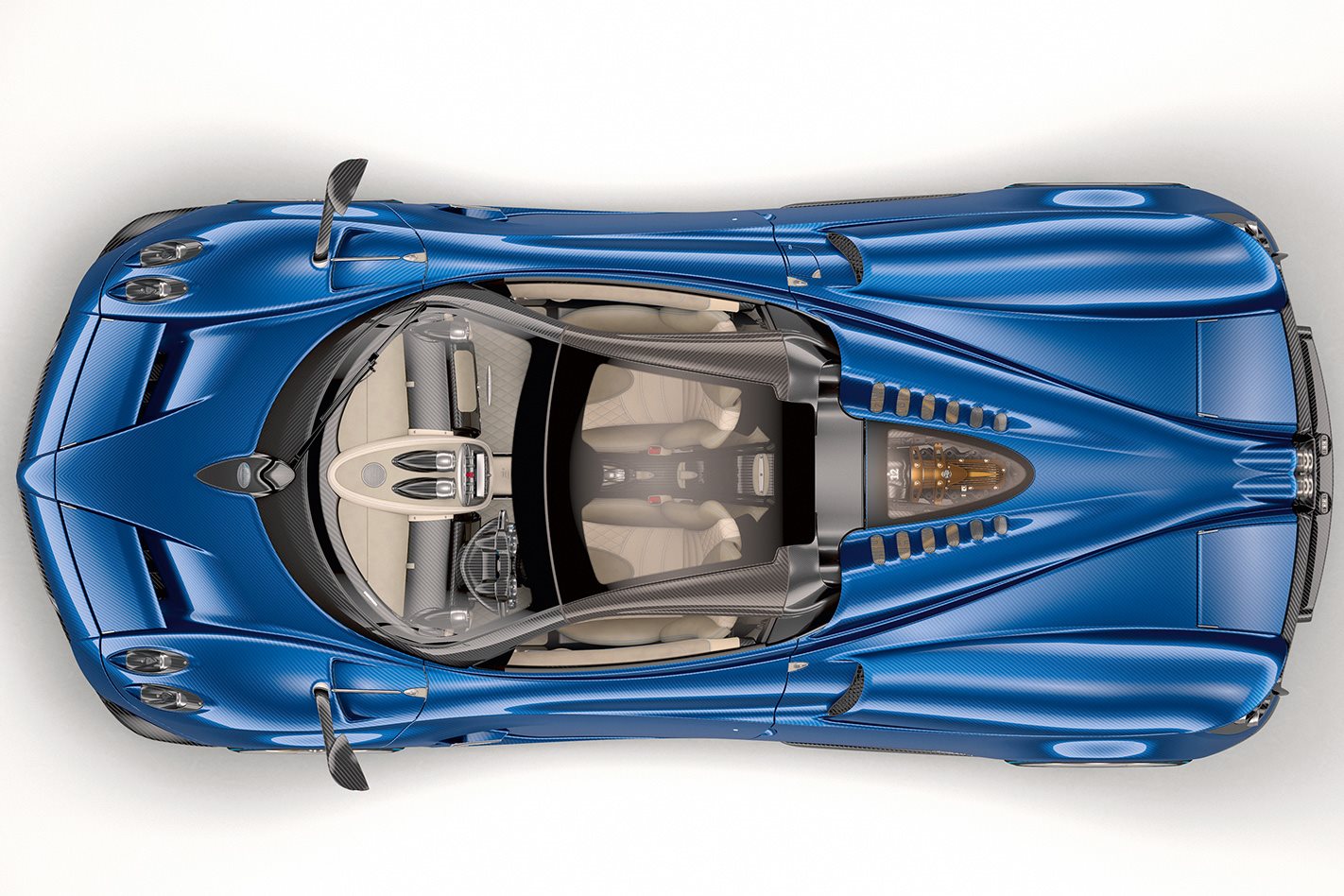 Where it took McLaren 4000 hours to build the F1’s monocoque, the Monocage II passenger cell of its latest car, the 720S, takes less than four hours. Or, one F1 monocoque was produced a week where Carbo Tech knocks out 10 tubs per day.

Advances over the 25 years since the F1 are not necessarily in lightness, though. The 720S weighs about 150kg more than the F1, though McLaren says comparing the two cars in this respect is not an apples-versus-apples scenario owing to tougher crash regulations and more advanced vehicle systems. 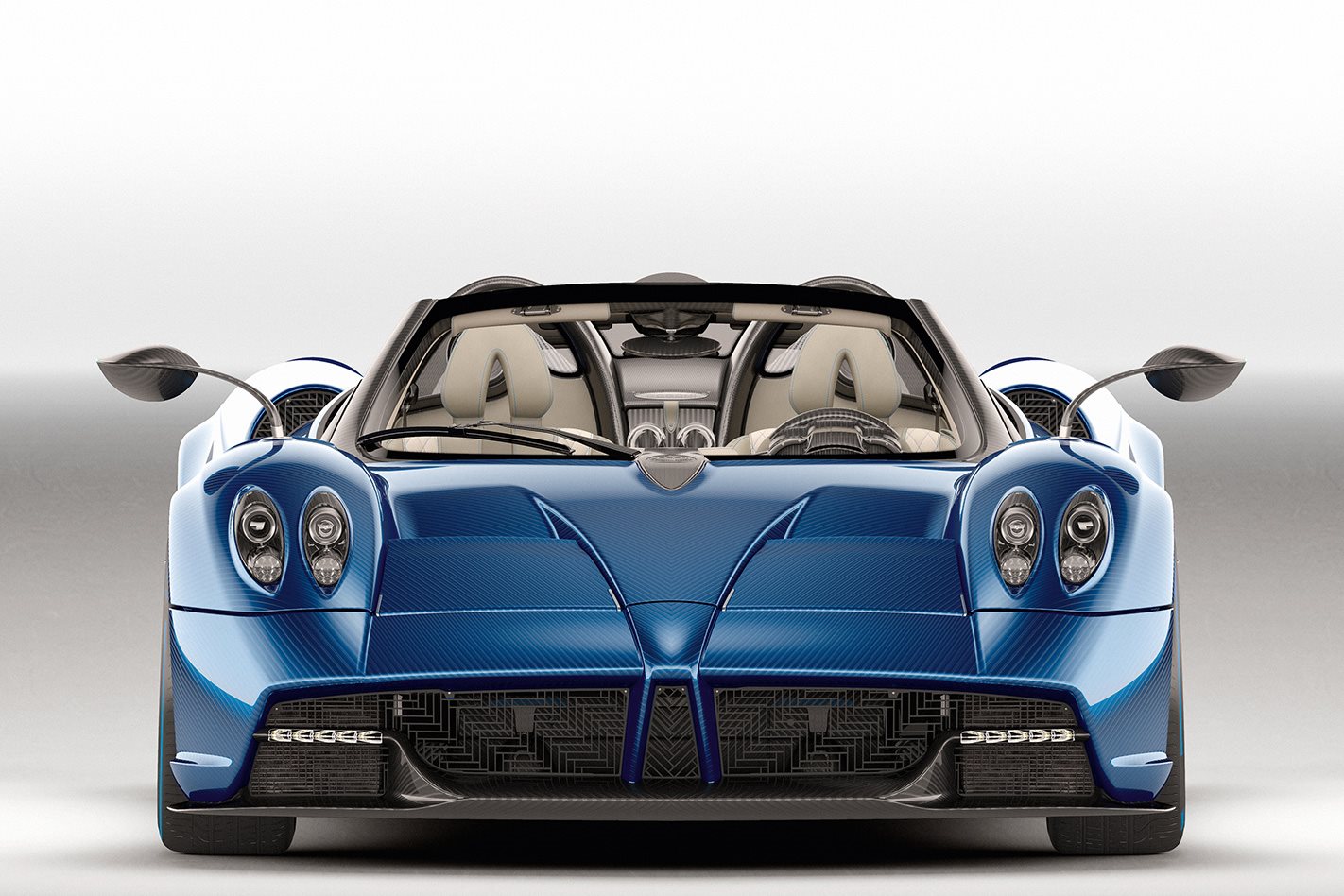 “The F1 was fundamentally lighter but it’s a fundamentally different set of problems you have to solve in a modern-day car,” says McLaren’s chief engineer, Adam Thomson. “We have to do far more in terms of body strength, stiffness, and rigidity than we ever had to on the F1.

“The F1 was almost an execution of artwork in simplicity: very efficient use of packaging and materials, it had a normally aspirated engine, and there was no sophisticated suspension system on the car.”

The McLaren 720S is still faster than the F1 in almost every measure. And it eclipses its 650S predecessor in both speed and weight (by 18kg).

After all, beyond the inherent safety of a carbon tub – they’ve been known to survive multiple high-speed crashes without incurring significant damage – the desired benefit for owners is performance.

The crash that changed F1’s mind about carbon fibre 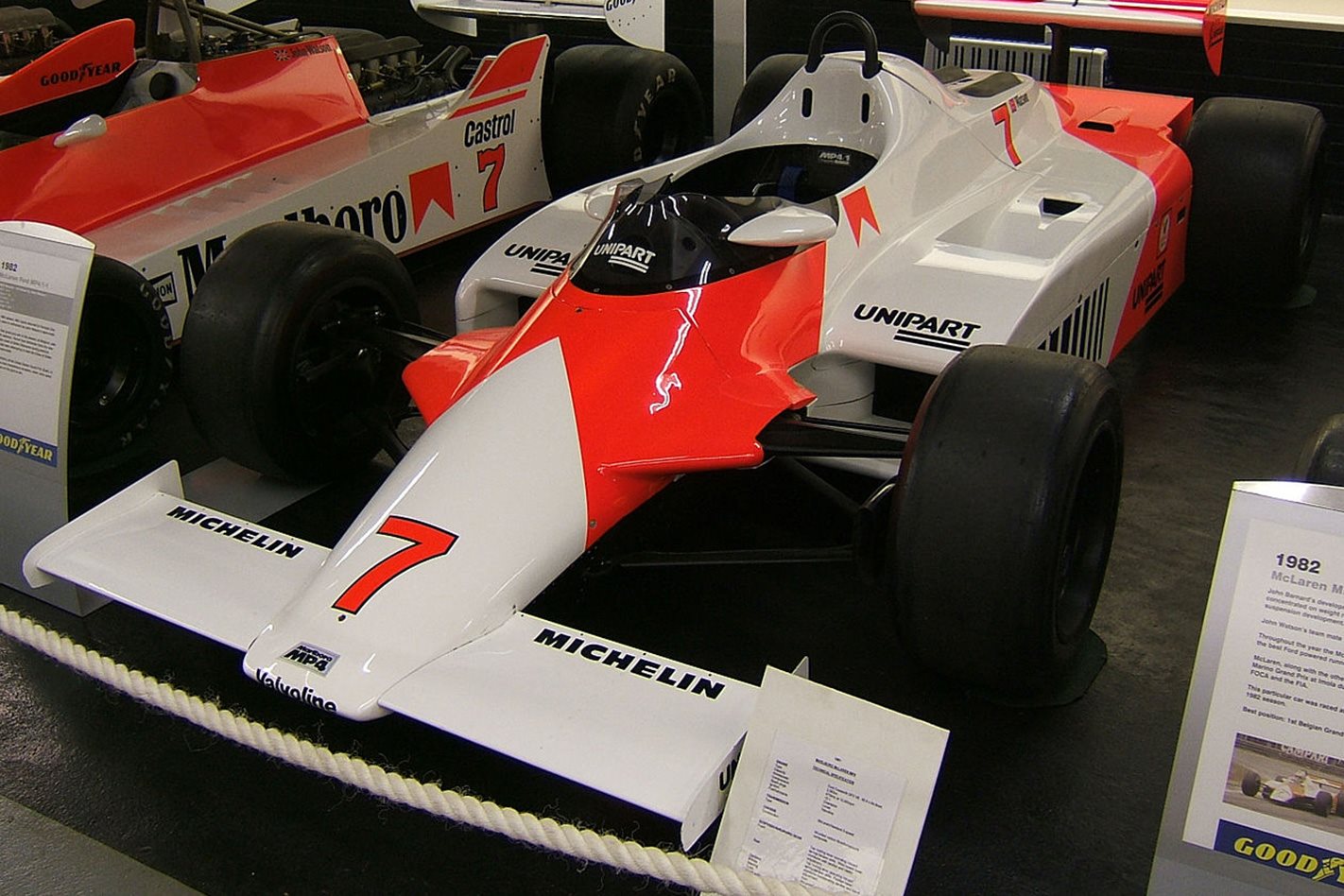 The Formula 1 paddock was initially sceptical of McLaren’s aerospace-industry-inspired move to construct its 1981 MP4/1 race car’s monocoque out of carbon fibre rather than the conventional alumininum sheeting with steel reinforcement.

McLaren’s then designer, John Barnard, believes the turning point was driver John Watson’s high-speed crash during the 1981 Italian Grand Prix, which initially had everyone fearing the worst.

Despite an impact that ripped the engine off the back of his car and snapped the gearbox in half, Watson walked away unscathed.

“That set the tone for carbon monocoques thereafter,” Bernard would say of the crash.

“It became the beginning of the safety cell. It was a huge moment in the carbon composite chassis monocoque life.”

McLaren is recognised as the first team to race a carbon fibre car, though in the same season Lotus also produced its innovative twin-chassis Lotus 88.

The car never raced, however – banned controversially on the grounds it contravened regulations.

The rest of the teams soon followed McLaren’s composite construction, though that didn’t prevent the team from being a major force in the 1980s and 1990s 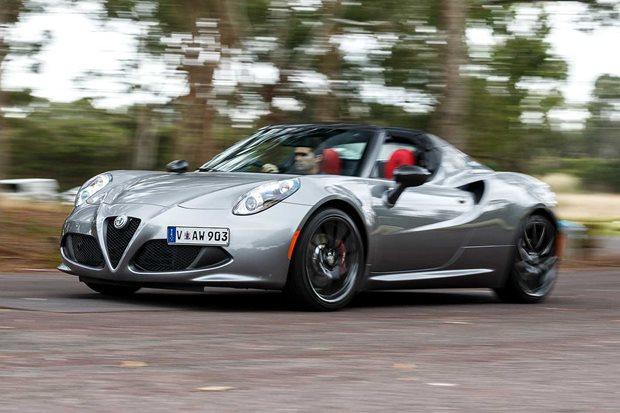 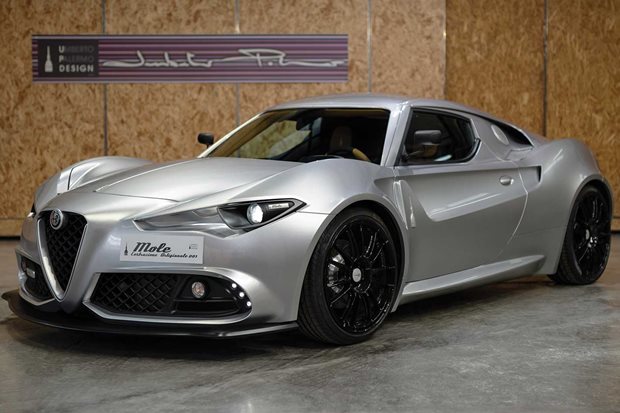