The second-generation of Jeep’s first crossover. Gone are the frumpy looks, questionable build quality and woeful dynamics, replaced by a ground-up overhaul that introduces diesel power, a family resemblance and genuine off-road promise.

From a heyday only a few years ago, Jeep’s sales have taken a slide as the choice and quality of rival SUV brands blossoms. At the mid to large end of the scale, the Cherokee and Grand Cherokee continue to draw a majority of the attention but at the smaller end, an expensive Renegade and hugely outdated Compass and Patriot are struggling to pull their weight. If the 2018 Jeep Compass can pull off the ultimate ugly-duckling-to-swan transformation, it has the potential to turn around Jeep’s fortune in one of the most lucrative segments, and right when it needs it most.

Such are the improvements to the 2018 Compass compared with the first-generation version that its hard to tell the two models are form the same family, or even brand.

Not only does the new Compass take an immeasurable step up over the outgoing version, it also sets a new standard of quality, styling and on-road manners for the entire Jeep line-up. Only the Grand Cherokee comes close.

If the long-term ownership experience turns out to be as inviting as the initial package appears, the 2018 Compass has the potential to put Jeep back on the map and reverse the slipping sales trend. BACK in the late 1940s, hardly anyone could have imagined the responsibility that the original Willys all-terrain vehicle would carry. Not only would its devastatingly effective recipe of simple but revolutionary design allow the tiny four-by-four to lug countless tons of troops, equipment, and supplies, but its name - General Purpose, shortened to GP or Jeep - would go on to be the placard of an institution.

Flash forward more than 70 years and this car - the second-generation Jeep Compass - is charged with a similarly hefty responsibility. From a sales peak in 2014 when the Grand Cherokee was flying off showroom floors faster than any other large SUV, the seven-slot grille brand is in need of help and this all-new small-to-mid sized SUV could be the charging cavalry.

Unlike the smaller Renegade that rolled in two years ago with sizeable promise but then disappointed with a price tag almost as big as its personality, the Fiat Chrysler Automobiles (FCA) Australia team toiled to sharpen the Compass’ local price - and succeeded. Starting at $28,790, the entry Sport price appears to be a bullet to the head of almost all rivals, but that cash gets you into a lightly equipped variant with a manual gearbox - mere burley bait to get you into showrooms then.

Move up the range, though, and you find yourself at the more generously equipped Limited and the option Jeep says will be its Compass cash cow. Let’s make it very clear at this point that what follows is a first steer of the highest grade Compass and we will reserve judgement of the Sport and Longitude variants until Wheels gets its meat in their seats.

At first glance, it might make sense to compare the new Compass with the original but it doesn’t take long to realise that exercise would be as valuable as comparing A Ford Mustang with a P51 Mustang. Yes, both cars share the same name but the new Compass couldn’t be more different to the first-gen crossover. And that’s a really good thing. Firstly there’s the styling. Where the original was as sexy as a habit and actually resembled a nun’s attire when optioned in gunmetal grey, the 2018 Compass has a purposeful stance and is immediately likeable. Think baby Grand Cherokee and you’re right on the money.

Then there’s the way it drives. The original felt as if it was based on a car but then jacked up to acquire SUV aesthetics at the cost of all driving enjoyment - because that’s exactly what it was. The new version however, was designed as an SUV that strikes a fine balance between on- and off-road motoring.

Off-road, the Limited might live up to its namesake, but only in the shadow of its Trailhawk sibling. In its own light, the Limited has surprisingly good all-terrain ability and can despatch significant rocks and mud with little fuss.

You might expect that to come as a compromise to road driving but you’d be wrong. In fact, it’s better. Ride quality is excellent and we can’t believe we’re saying it, but the Compass is even fun in the corners. Better seat ergonomics would improve all-round comfort but that’s a small point. Rear seat comfort is better with generous space for adults. 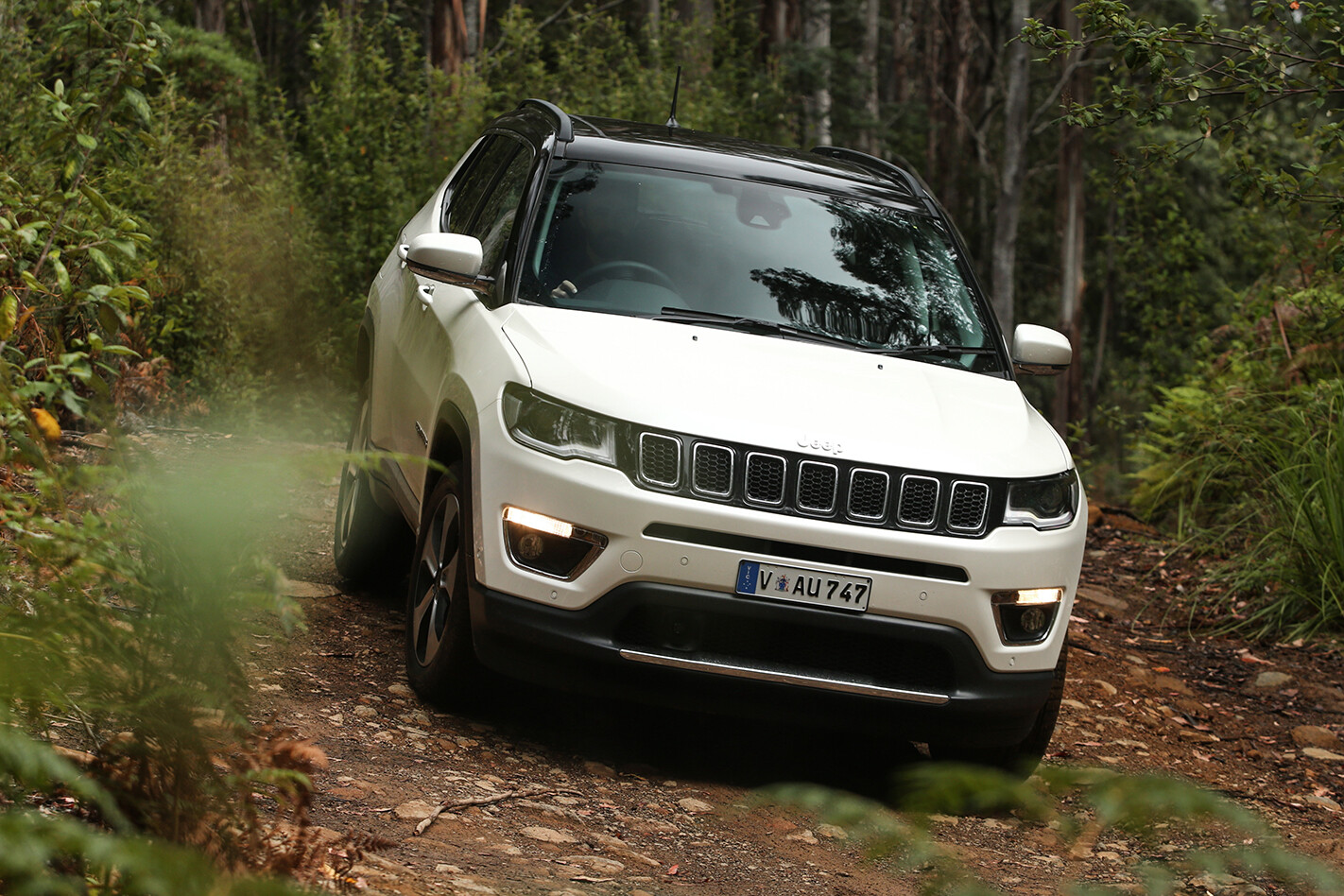 There’s more good news when it comes to engines. While the 2.4-litre petrol is at best adequate and shows its shortcomings when overtaking or climbing hills, a new 2.0-litre diesel is the perfect match with 350Nm.

Our only other main criticism regards active safety equipment, which is only available in the highest grade as a $2,450 option.

Compare not then the new Compass with its woeful predecessor, because this is the first small Jeep that should be compared with the segment leaders in its class. It will be worrying all of them.