Chinese upstart Haval has launched a car into one of the hottest segments on the Australian new-car markets – mid-size SUVs.

Chinese upstart Haval has launched a car into one of the hottest segments on the Australian new-car markets – mid-size SUVs.

WHAT IS IT?
Haval is the price-driven premium sub-brand of Chinese carmaker Great Wall, which launched itself here less than a year ago. The Haval H6 plugs a gap in between the H2 compact SUV and the larger H8 in one of the fastest-growing corners of the new-car segment - mid-size SUVs.

WHY ARE WE TESTING IT?
The Haval H6 may be a new entrant to the Australian market, but it has been on sale in China since 2011 where it has become a best-selling model. In fact, this small, diminutive, conservative looking SUV is the fifth best seller in the mid-size SUV segment globally. It joins Haval’s growing SUV showroom, which includes the H2 compact, the Ford Territory rivalling H8 and the H9, a Mitsubishi Pajero Sport-sized five-seater. This, the H6, is plumped as the sportiest Haval in the range. 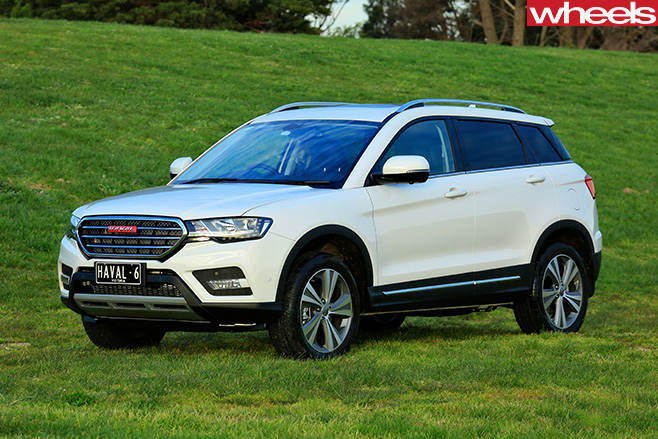 THE WHEELS VERDICT
Haval is a value-driven brand selling itself on material bang for bucks rather than physical. It looks, drives and feels like an older car than the nicely presented interior would suggest. That said, with plenty of underbonnet poke and a fun dual-clutch transmission – when you get used to its quirks – you could do worse.

THE WHEELS REVIEW
Great Wall Motors, the owner of premium spin-off Haval, has had a rough introduction to Australia. Hurt by a recall scandal involving asbestos, and working through challenging times with its former local distributor, the brand is now back in control and ready for the next chapter of its business venture.

Leading the charge is the most sporty model to join Haval’s growing range of SUVs yet; the H6. Launched in China in 2011 and now exported around the world to places including Benin (look it up, I had to), it’s a city-sized, high-riding wagon with a swept roofline and what Haval claims is the most powerful engine in its segment. This, and the fact it uses a six-speed wet dual-clutch gearbox, has prompted Haval to brand the H6 a sports model, and the most important car it has launched here. 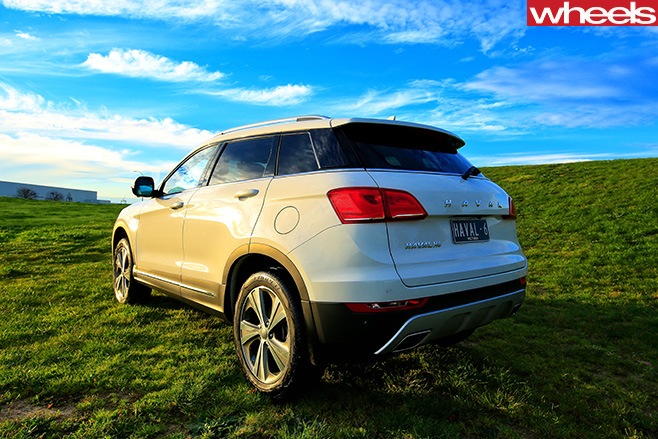 Information on the Haval at the launch, and even after digging through the carmaker’s global website, is very light on and somewhat contradictory. We do know, though, that the Great Wall-sourced direct-injection 2.0-litre turbo four-cylinder stacks up well, producing 145kW at 5200rpm, while the 315Nm of torque arrives from 2000rpm. No kerb weights are supplied, but a little digging turned up 1715kg, making it almost as heavy as a Holden Commodore wagon.

Our $34,990 LUX test car, which sits above the entry-level $31,990 Premium, sits on 19s, has a larger eight-inch screen, and includes a panoramic sunroof that doesn’t rob taller passengers of headroom. Both the driver’s and front passenger’s seats – clad in artificial leather – have electric adjust (eight-way for the driver), and a camera tucked under the left wing mirror projects an image onto the central screen.

It feels more premium, too. You wouldn’t think you were sitting on plastic, and the dash would almost be at home in an Audi. In the rear there’s plenty of legroom and an almost flat floor, although the seats are hard, low-backed and don’t offer much support. 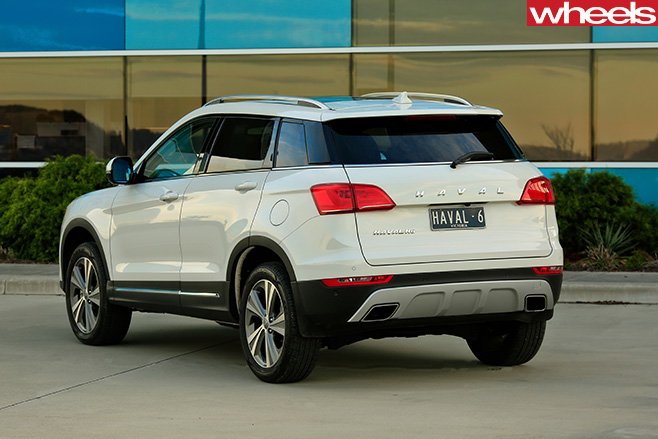 No sat-nav is available on H6, and only front-drive versions have landed here.

Driving the H6 adds a little bit of weight to the idea this is the sportiest Haval yet. Yes, the 2.0-litre donk is quick off the mark and revs happily, only showing signs of wheel scrabble when sprinting off the mark to get around a corner. Left to its own devices, the Getrag-sourced wet dual-clutch gearbox will hold gears intelligently on hills, only dropping a gear on steeper runs.

There’s a button on the centre console that will switch the H6 between eco, normal and sports modes. The first two do little to change the way the Haval drives, but the sport setting does appear to remap the throttle to make it more responsive.

The steering is odd. Soft on centre, it weighs up heavily in the sports setting and self-centres with something bordering on aggression. At low speeds, though, it’s pleasant enough despite the wide turning circle.

Ride on the 19-inch Cooper tyres is a little choppy at higher speeds, but in a straight line and at lower speeds it’s comfortable. The H6 wears MacPhersons up front, and a “multi -connecting rod type independent suspension” down the rear – it looks like a split torsion beam, but no one from Haval could confirm.  Around corners, the H6 defaults to a confusing blend of slow, controllable understeer at one moment, and if the corner is a bit rough, a trace of oversteer as the rear end bounces around. 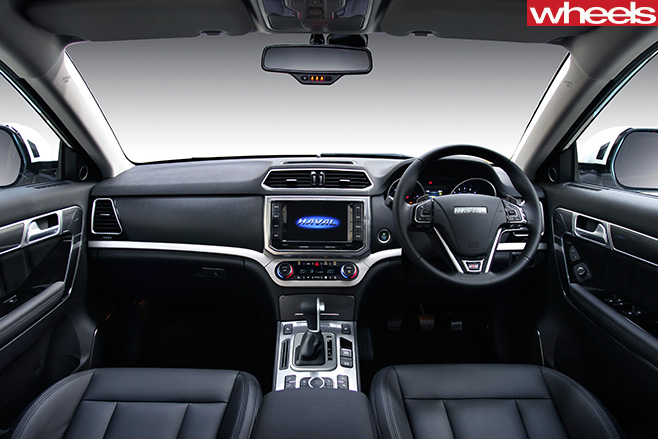 Meanwhile, a relatively wooden brake pedal washes off speed via the four-wheel disc brakes, getting long rather than fading when worked hard.

Gear changes via the steering wheel-mounted paddle shifters are slow. Tap the left one twice to drop a couple of gears, and you’re on the corner before the gearbox has responded. Upshifts, too, take their time, and occasionally the engine will flare angrily between changes if you’re on the throttle.

Fuel use on test, with some spirited country road driving, fell in at 11.6L/100km, showing that it can develop a thirst if you treat it like the sports car Haval believes it to be.

A constant annoyance was a trigger-happy ESC setting that will switch the indicators on whenever the Bosch system thinks the vehicle is cornering too fast. On a twisty section of Yarra Valley roads, pushing into a corner even mildly would set the hazard lights flashing. Haval Australia says it will have a word to the factory about this.

Okay, so this is the best-driving Haval yet. However, the problem is that if you strip the veneer of kit away, the Haval feels underdone compared with its rivals. A lack of sat-nav, the lack of driver aids that will hurt it in even tougher crash test ratings, and the fact it’s an as-yet unproven brand in Australia all count against it.

However, there’s a new Haval on the horizon. Great Wall promises the all-new Ford Territory-sized H7, due mid-way through next year, will lift the game for the brand. Maybe we should wait for that. 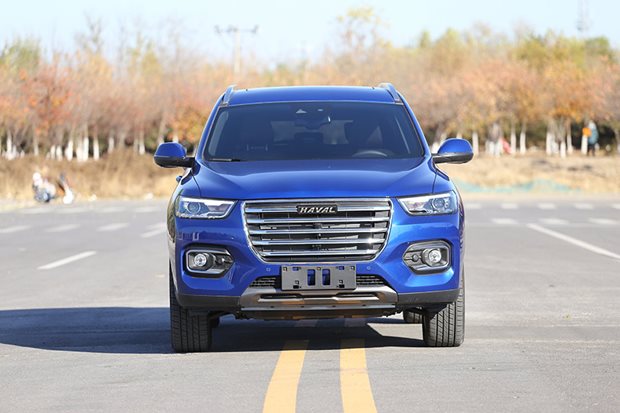 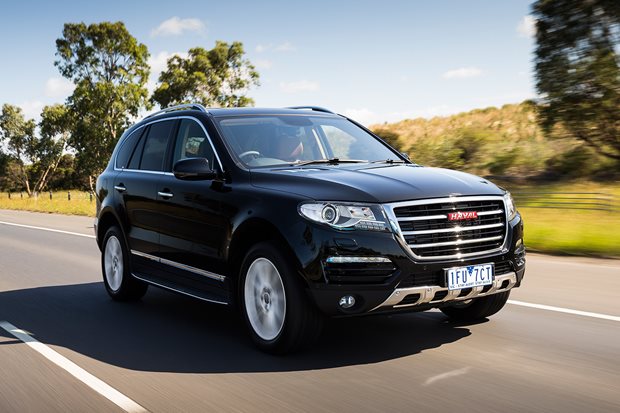 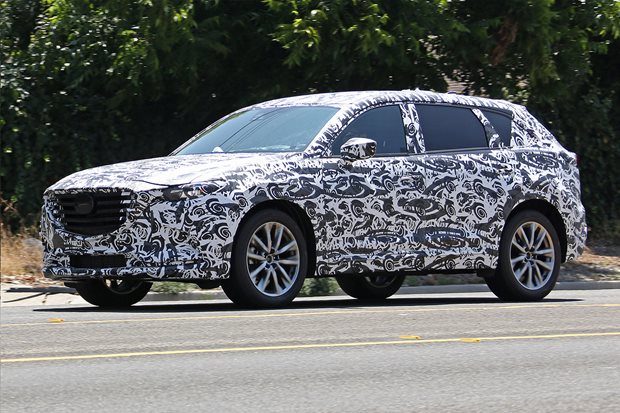 An all-new large SUV from Mazda breaks cover ahead of a mid-2016 Aussie launch, marking the final chapter of the Japanese maker’s model renewal 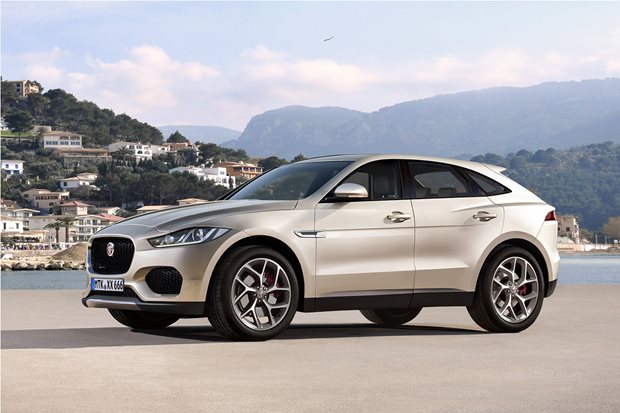 Could this be a baby Jaguar SUV?

A Jaguar E-Pace cub for the F-Pace mid-sized SUV, which will debut at the Frankfurt show next month, is believed to be under development at Coventry