For when you have to get to a job really, really fast

A supercharged V8 ute is as Australian as a kangaroo eating a meat pie, but mixing work and play to this extent hasn’t traditionally been very successful.

FPV’s Miami-powered utes were barely guided missiles and HSV’s Maloo GTS had all the power but little of the poise of the sedan.

The Gen-F2 Maloo R8 LSA is a Maloo GTS in all but name, though there are a few slight differences. A different intake and ECU tune restricts the Maloo LSA to 400kW/671Nm rather than the full 430kW/740Nm, and it also lacks the GTS’s huge six-piston brakes, though with 367/372mm (front/rear) rotors and four-piston calipers all ‘round the Maloo LSA still stops better than most. 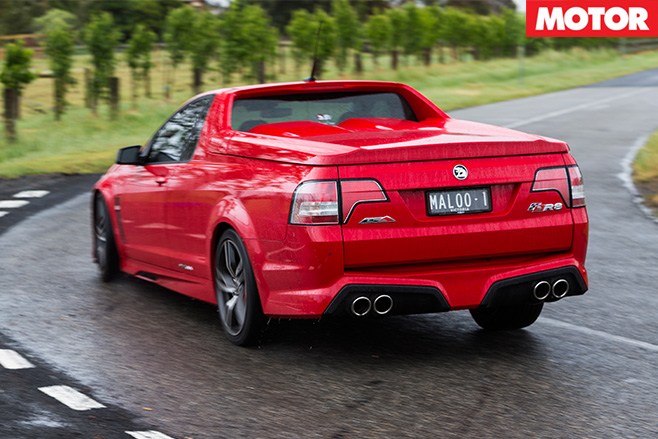 But then it needs to, as the combination of 400kW and an 1887kg kerb weight takes some slowing. Tall gearing and a very linear power curve means the Maloo LSA doesn’t immediately feel tear-your-head-off fast, but boy can it cover ground quickly. Sounds angry, too, though the choof emitted when the bi-modal exhaust opens is irritating.

The hard-working six-speed auto is reasonably smooth and responsive in its behaviour, though it occasionally gets confused and slurs changes – particularly the two-three shift – like it’s seven pints in on a night out. Speaking of drinking, the 6.2-litre supercharged LSA V8 has a bigger thirst than Boony. It’s okay while cruising, but on a country road burn you’ll be looking at about 25L/100km. Going to a track? Bring a fuel tanker. 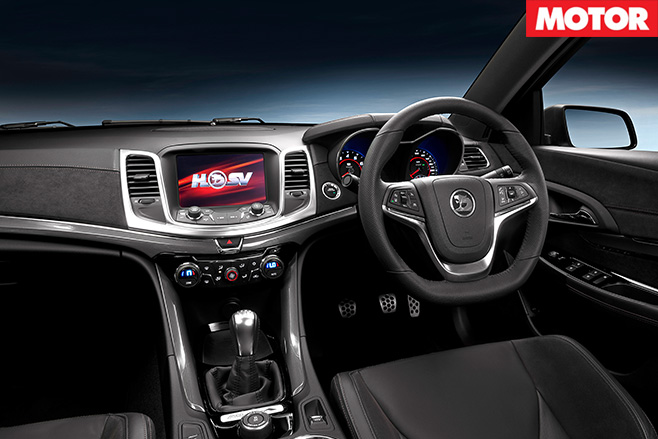 It’ll be worth it, though, as the Maloo LSA is brilliant fun to drive hard. Performance utes are sometimes referred to as Australia’s sports car and the shoe fits in this case. Okay, if you’re stepping out of a Renault Sport Megane or Mazda MX-5 allowances have to be made for the Maloo’s size. Likewise, the steering is not particularly talkative but the chassis is so friendly you’d have to do something drastic to mess things up.

Grip levels are impressive. Enter a corner too hot and understeer progressively builds but back off and the front quickly bites again, then the angle at which you exit depends on how much throttle you’ve applied. 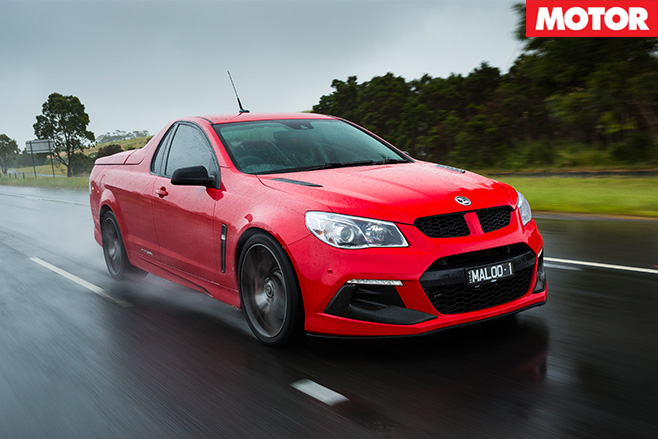 Feed it in gradually and there’s plenty of traction, but give it a bootful mid-corner and you’ll need armfuls of opposite lock. The sweet spot is somewhere in between, with the rears spinning slightly faster than the fronts and the mildest degree of oversteer – it never gets old, though does take its toll on the rear tyres.

If driving is your thing, then the Maloo is more fun than its Clubsport sibling. Then again, $80K is a lot of coin for a ute with only two seats and a 400kg load rating. Still, no-one is buying a 400kW ute because they need one, and the fact the Maloo R8 LSA is so good to drive is merely an excuse to work less and play more. That’s the Australian thing to do.