Kia’s plug-in hybrid version of its popular Optima appears to be a step in the right direction, even if it has a few handling shortfalls.

Kia’s plug-in hybrid version of its popular Optima appears to be a step in the right direction, even if it has a few handling shortfalls.

WHAT IS IT?
Kia’s first plug-in hybrid, which offers credibility-stretching fuel economy figures to those who complete short journeys between destinations equipped with recharging facilities. It uses a powerful 50kW electric motor and a sizeable battery pack to deliver up to 53km of electric-only range, with a 2.0-litre petrol engine backing this up to ensure you don’t get stuck when you run short on electrons.

WHY WE’RE TESTING IT?
Both Kia and Hyundai are set to launch a wave of electric and hybrid vehicles over the next few years. The Optima PHEV isn’t confirmed for Australia yet, but it gives a good indication of the scale of the company’s ambitions. Is it good enough to persuade sceptics that a plug-in hybrid doesn’t have to be as compromised as most of its ilk? 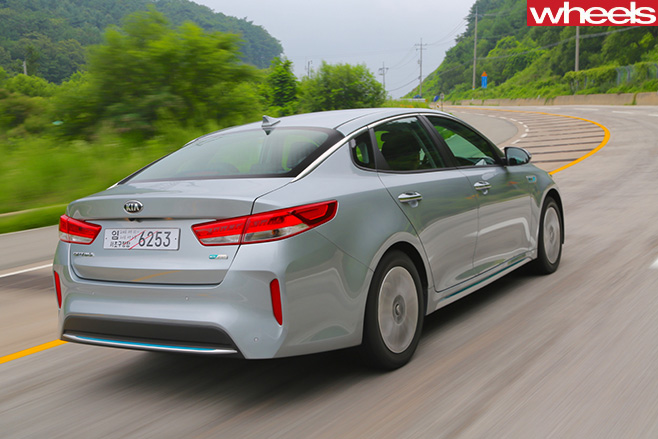 THE WHEELS VERDICT
The Optima PHEV is an impressive piece of engineering, but it also confirms that plug-in hybrids don’t really make sense for markets like Australia yet. Trying to combine both petrol and electric powertrains in one car feels like a stop-gap solution on the road to the future and the Kia Optima’s complexity and weight doesn’t bring significant economy gains over anything but short journeys.

THE WHEELS REVIEW
The plug-in hybrid remains an odd proposition – hugely complicated cars that struggle to match the real-world economy figures of modern diesels. Plug-ins offer a belt and braces approach to future mobility – electric operation backed up by internal combustion – but trying to combine both worlds makes them both heavy and expensive. 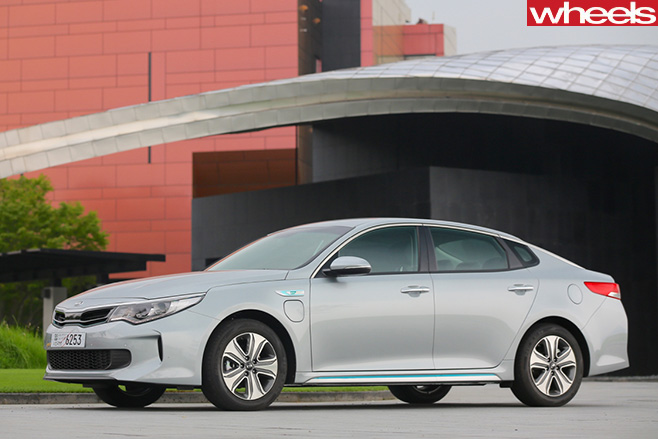 The Optima PHEV is Kia’s first plug-in. A cousin to the Hyundai Sonata plug-in that’s already on sale in some territories, it is powered by the combination of a naturally aspirated 2.0-litre petrol engine and a 50kW electric motor, the pair producing a total system output of 151kW.

The 9.8kW/h lithium-ion polymer battery is claimed to be good for an electric-only range of 53 km and can be recharged from flat in just three hours from a domestic 240 Volt supply.

Travel further than that without recharging and the PHEV becomes a hybrid with a very big battery pack, the mass of which is confirmed by the car’s chunky 1780kg kerbweight. 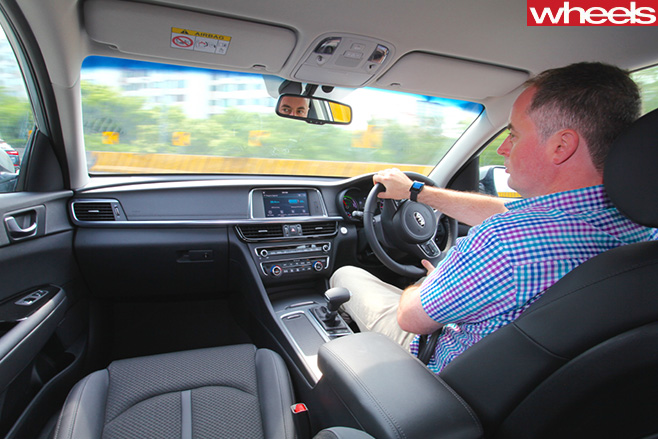 Unlike most rivals the Kia uses a six-speed autobox instead of a CVT, with its electric motor basically serving as a substitute for a torque converter. On the road this means you feel it changing gears, which you don’t in a Prius or similar, but the transmission’s real ratios mean it doesn’t suffer from the slurred engine noise of a stepless gearbox when you request more acceleration.

The electric side of the powertrain does a good job of filling in the petrol motor’s torque deficiencies and the Optima feels respectably rapid in real-world use.

Not that it has any enthusiasm for going faster. Kia claims it is going to sharpen the handling of all of its cars, but the PHEV’s chassis set-up seems to pre-date that pledge. Grip levels are modest and easily breached and the Optima suffers from understeer in tighter corners at everyday speeds. 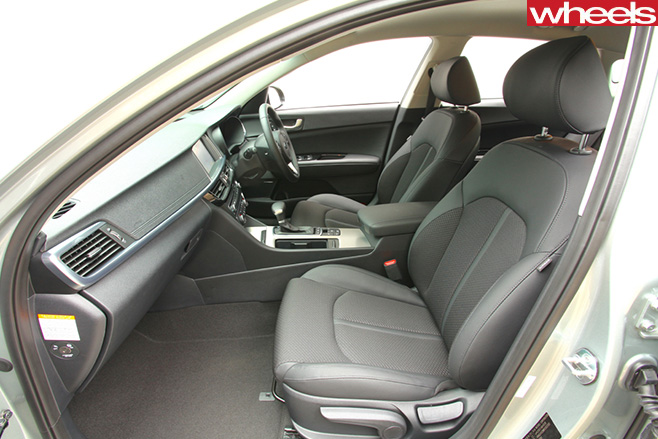 The steering is low geared and completely devoid of feel, and although springs and dampers cope well enough at urban speeds they start to struggle when asked to digest anything other than the smoothest tarmac at higher velocities. This is a car that falls a way short of even the modest dynamic benchmark that is the Toyota Prius.

It’s not all bad. The Optima can be switched into pure EV mode and it feels more sprightly than most of its rivals when operating electrically – it will even go at speeds of up to 120km/h, although those speeds will have the electric charge gauge falling visibly. 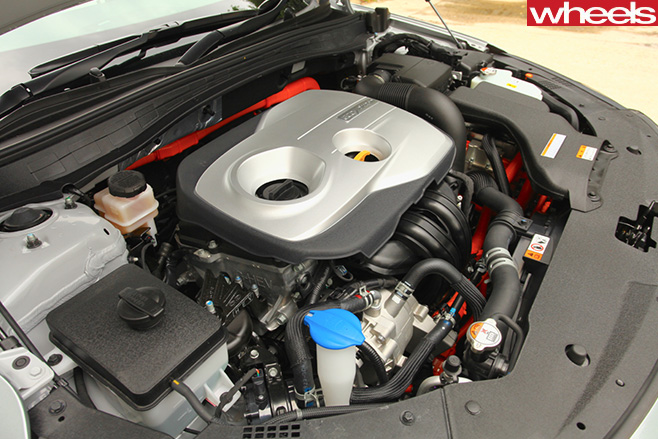 The cabin is as spacious and tough-feeling as every other Optima and the battery pack has been accommodated with only a minimal 15 litre reduction in boot capacity.

Kia is ahead of the curve on this one – we can expect a wave of plug-equipped models from pretty much every car maker as global emissions standards get stricter – but the company hasn’t decided whether the Optima PHEV will be coming to Australia or not.
That’s understandable given that, at the moment, it feels like the answer to an unasked question. 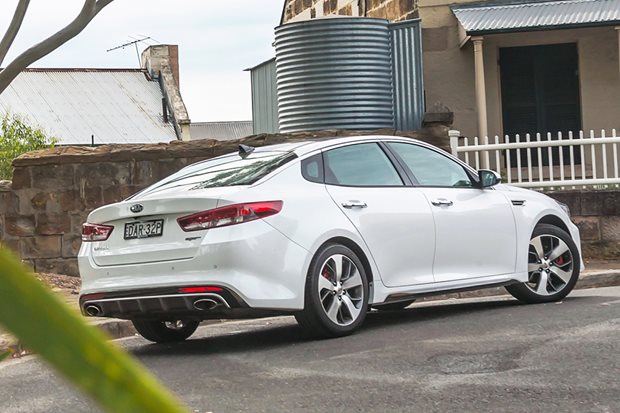