WHAT IS IT
The Lexus NX200t might be the mainstream, non-hybrid variant, but it’s not completely conventional. It ushers in the Japanese brand’s first-ever turbocharged engine – a tech-packed 2.0-litre twin-scroll unit producing 175kW and 350Nm.

WHY WE'RE TESTING IT
The NX300h arrived in October 2014 and the NX200t has just joined it in showrooms. The NX200t’s early-February local launch was our first opportunity to sample the mainstream NX variant – and the brand’s first turbo engine, which was nine years in development.

THE WHEELS VERDICT
Cutting-edge tech of Lexus-first 2.0-litre turbo engine helps it deliver refined performance with efficiency, though our COTY comments on the NX300h apply equally to the hybrid’s petrol-only sibling – dynamically, the NX is no SUV class-leader.

PLUS: Lexus’s first turbo engine is a cracker; quicker and cheaper than the hybrid; interior quality and equipment
MINUS: NX not a dynamic SUV, more a plush RAV4; polarising styling; auto does its own thing in manual mode

THE WHEELS REVIEW
A BOOST gauge displayed proudly in the centre of its instrument panel signals the turbo-engine tech that headlines Lexus’s conventionally powered baby SUV.

The NX200t – sibling to the hybrid NX300h – ushers in the brand’s first turbocharged engine and, refreshingly, the technically interesting unit takes precedence over the brand’s more usual ‘premium this’ or ‘sports-luxury that’ message.

The brand is late to the turbo party – hybrids have hogged all its engineering efforts – and it has just spent nine years developing the 2.0-litre four-cylinder 8AR-FTS.

There’s cleverness to show for it. The turbo four, already the subject of a Japanese SAE paper, brings a newly developed VVT-iW system. The ‘W’ appended to the faithful variable valve timing acronym stands for ‘wide’ – an inlet valve timing operating range wide enough that the mill can operate on both the conventional Otto and more efficient Atkinson combustion cycles.

No off-the-shelf unit, the turbo’s exhaust turbine housing is part of a single cylinder head/exhaust manifold casting. The twin-scroll snail – each scroll is fed exhaust gas by its own pair of cylinders – boasts a variable wastegate that’s opened not just to control boost pressure, but to minimise engine pumping losses. The turbo pumps boosted air to the engine via a liquid-to-air intercooler sited close to the engine, for throttle responsiveness.

The idle-start system cranks the engine on throttle application; the engine delivers its first power stroke in less than 180 degrees of crankshaft rotation and that can be felt in its immediacy.

Not a brand to leave room when it comes to refinement and reliability, Lexus gave the 175kW/350Nm engine balance shafts for smoothness and piston oil jets for cooling. The Euro-VI donk would be brilliant in something sporty, but this RAV4-derived luxo-SUV isn’t that car.

While the NX200t is smooth and brisk, with a hint of rortiness, the engine is largely over-refined into the background. And the six-speed auto refuses to let the driver tap into the bottom-end of the engine’s repertoire (torque kicks off at 1650rpm, while power peaks at 5600rpm), preferring to drop a couple of ratios and use the revs, even in manual mode.

Despite a different suspension calibration to the hybrid, you will be disappointed if you’re hoping for profound dynamic improvements to go with the extra performance. The brand might be blazing a snail trail, but more time is needed to sort the NX’s one-dimensional chassis, over-cautious ESC and numb electro-steering. 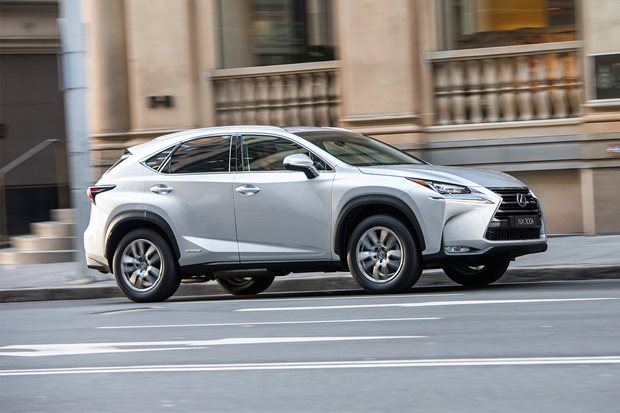 The first version of the Lexus NX compact SUV to arrive is the 300h petrol-electric hybrid starting at $55,000 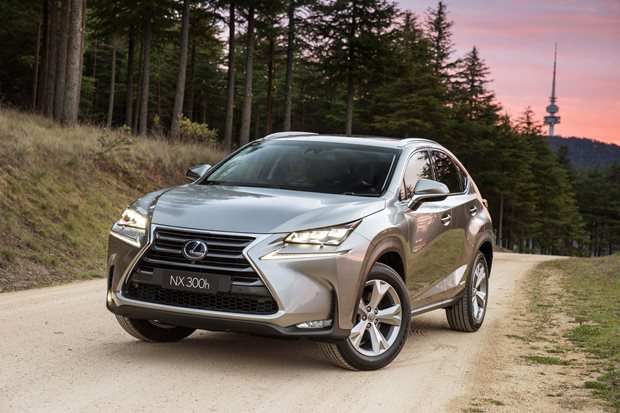 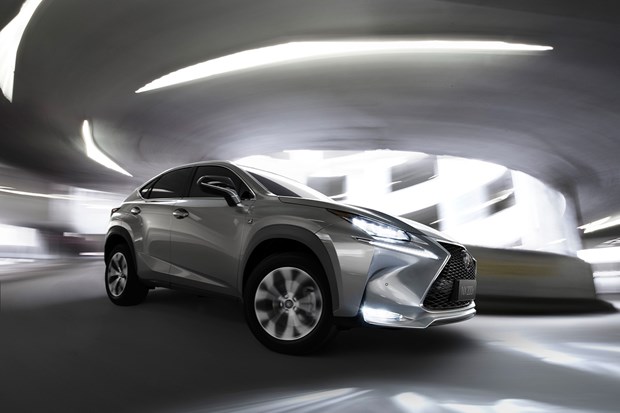 Lexus turns the RAV4 into a Euro-worthy compact SUV 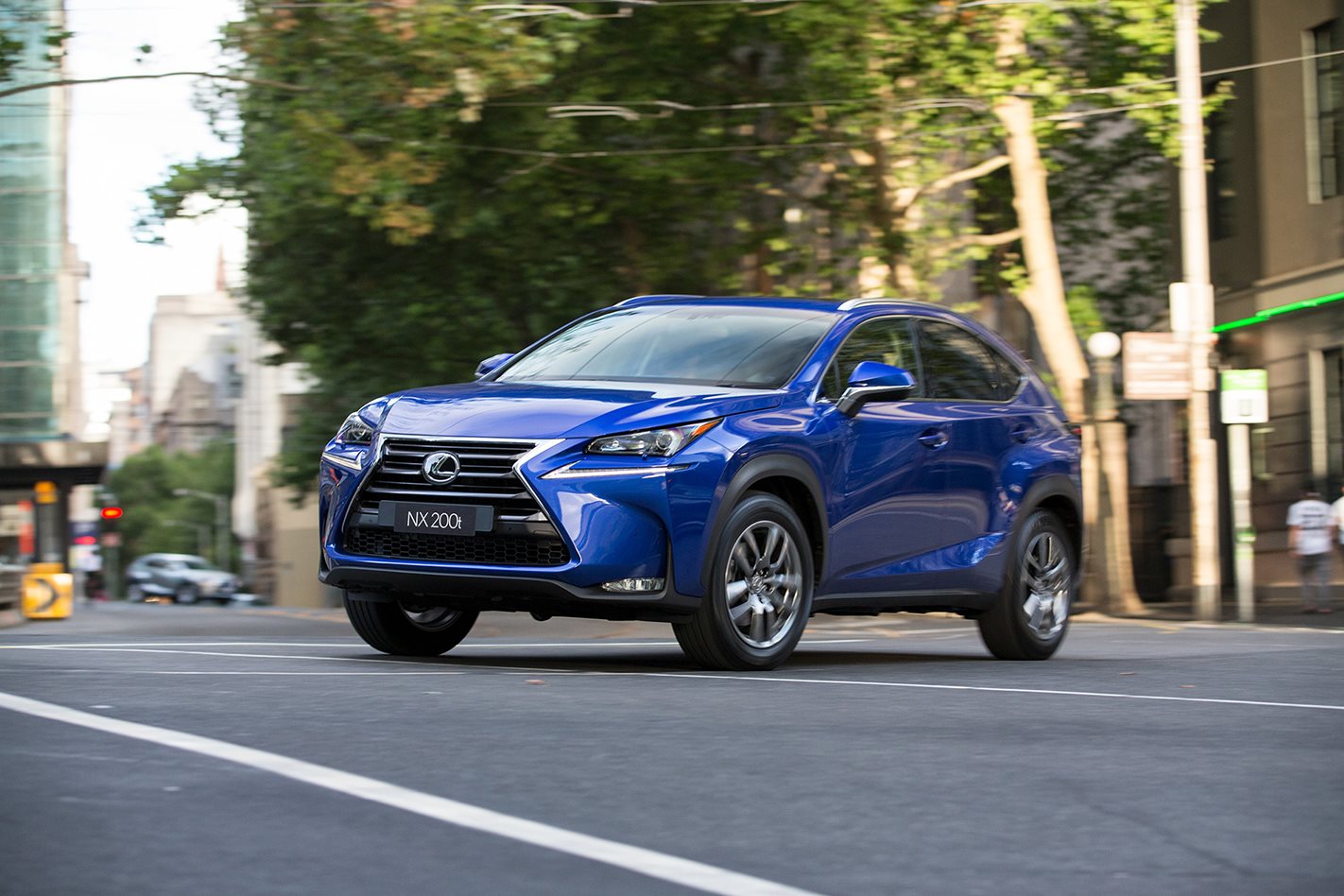 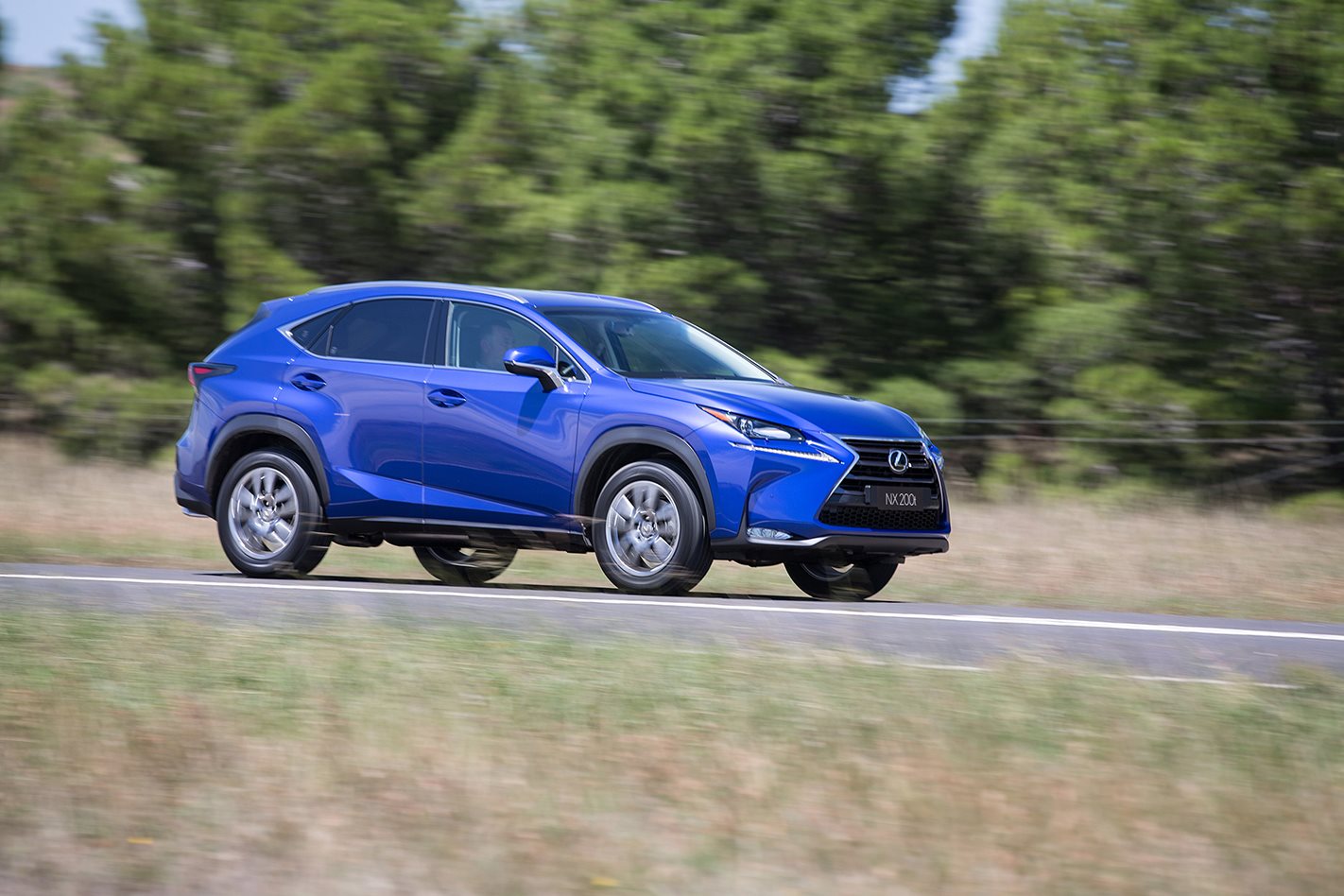 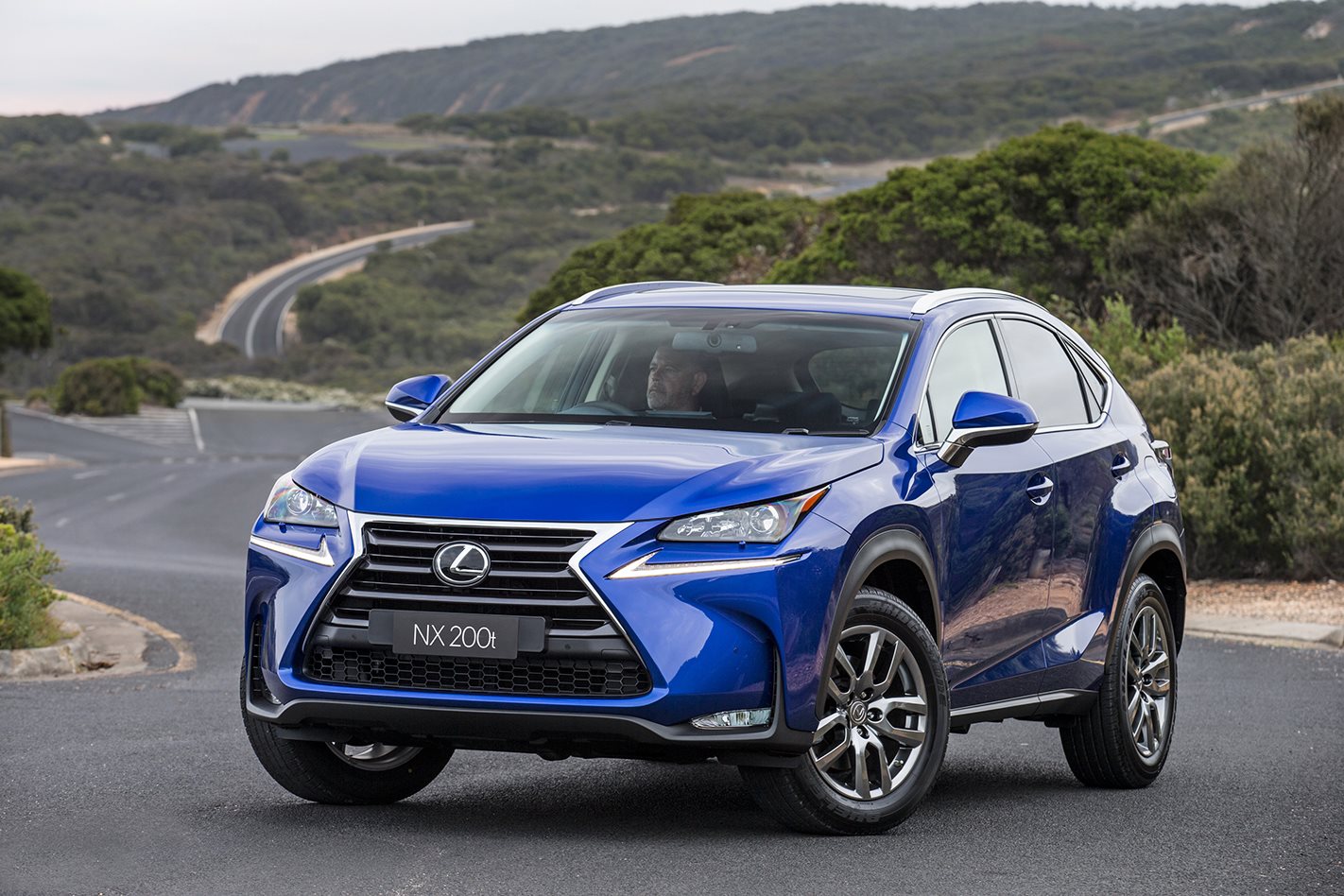 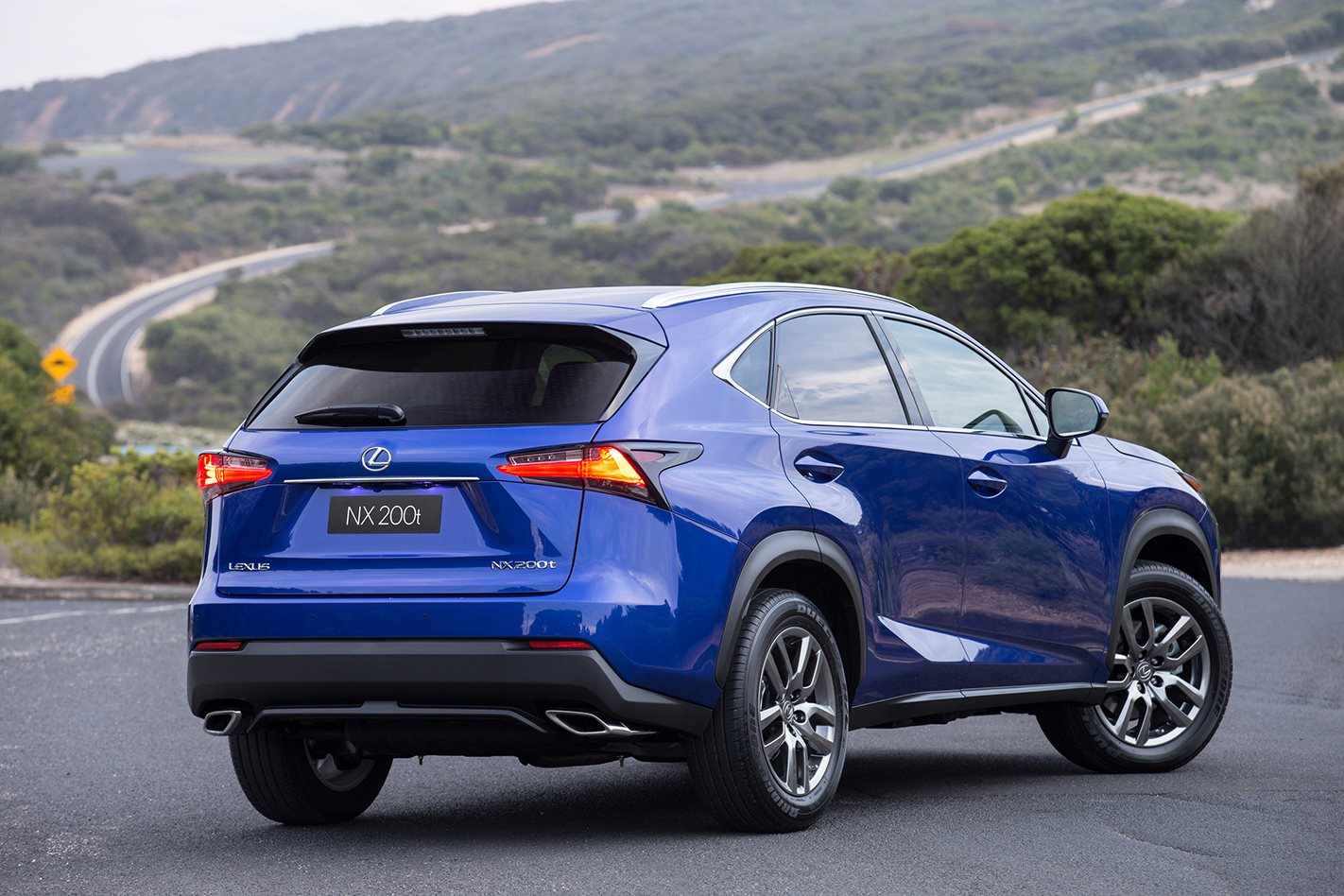 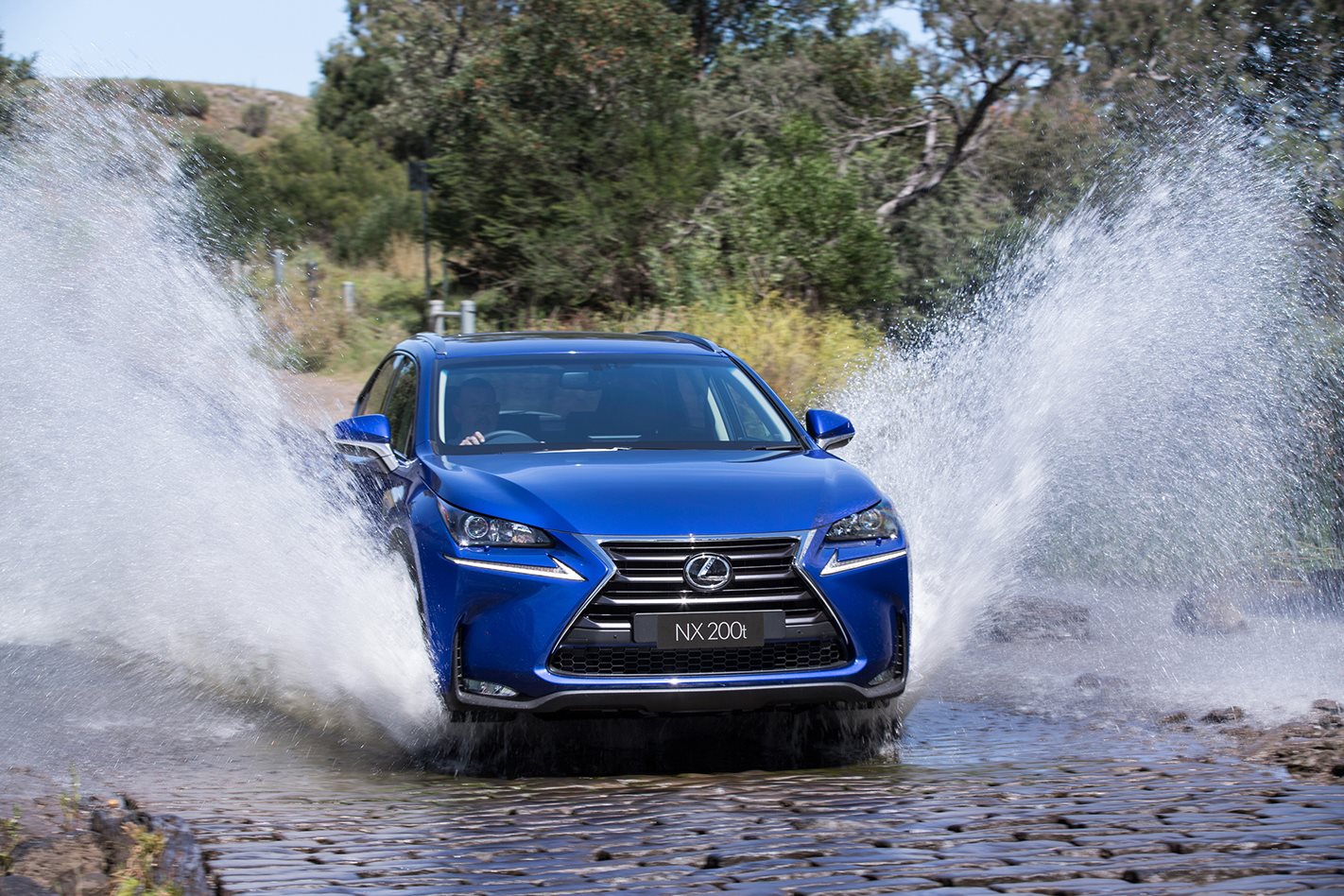 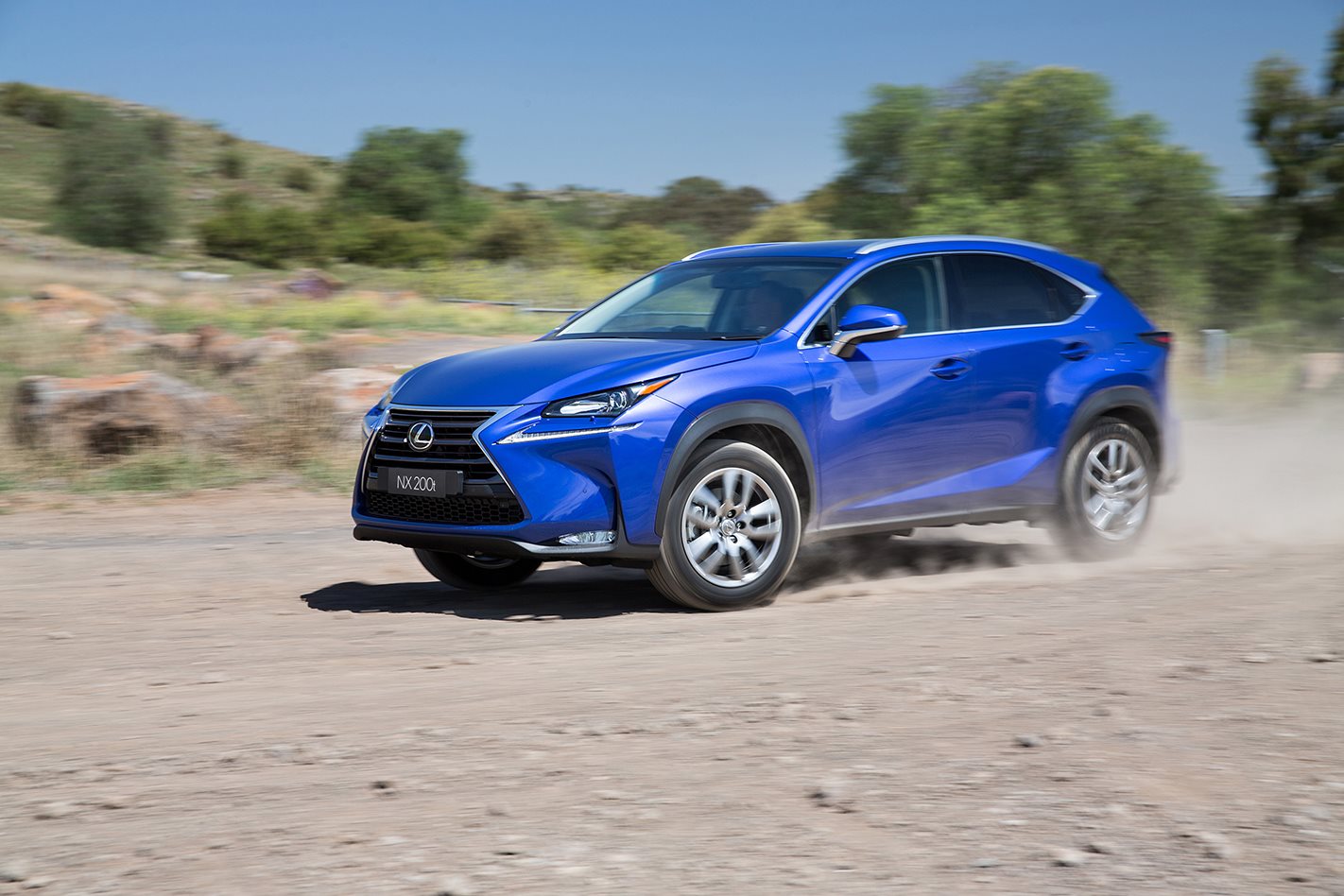 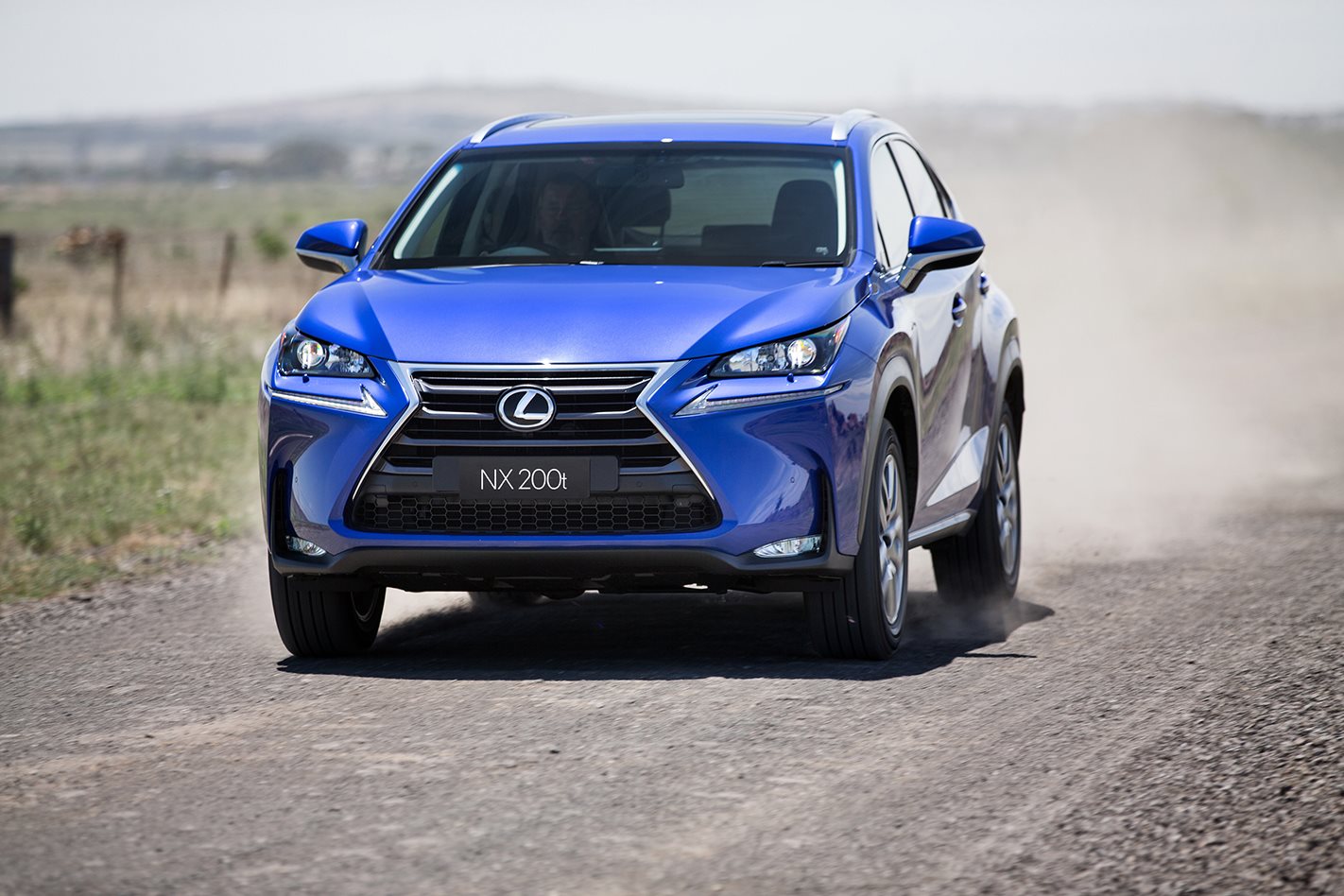 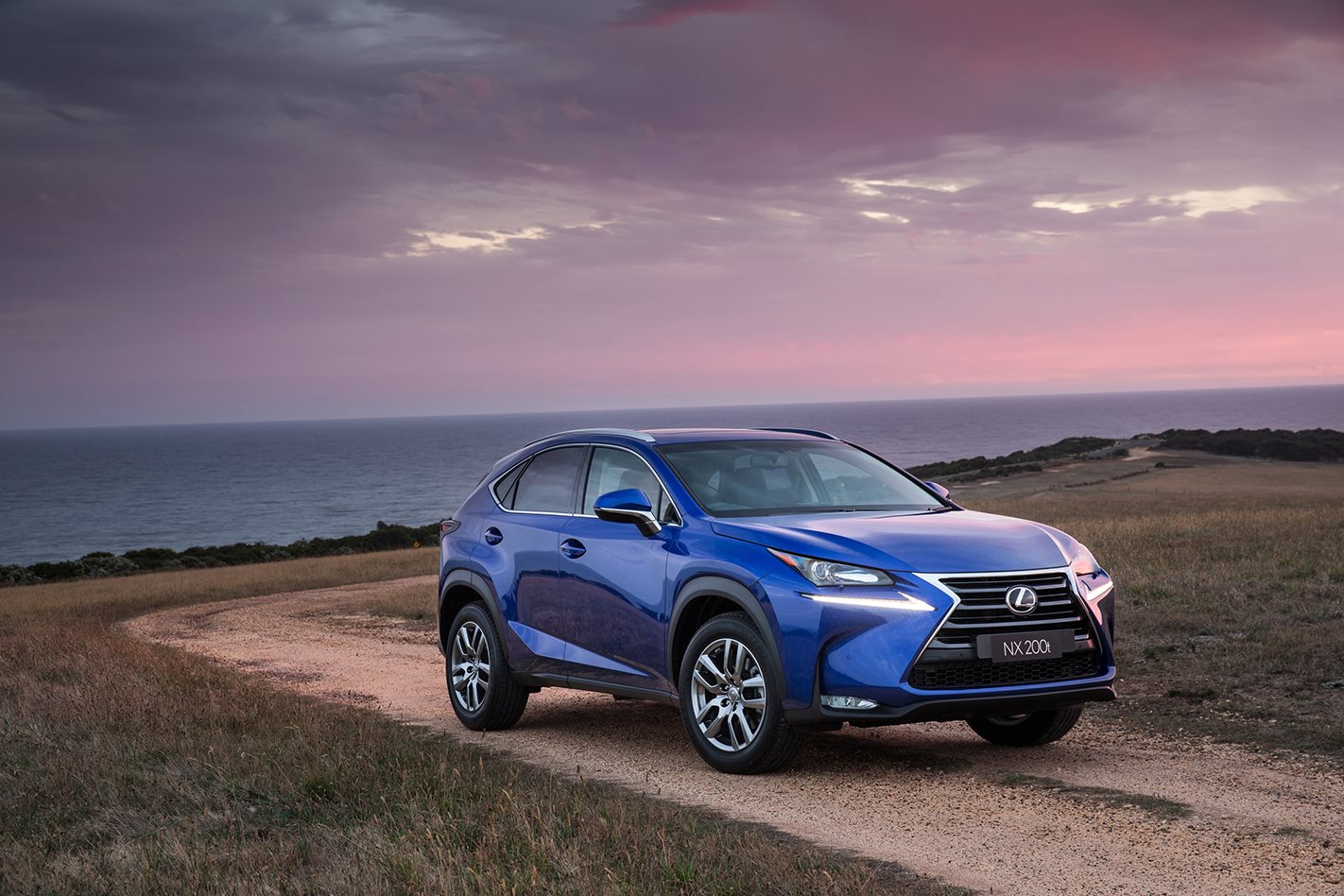 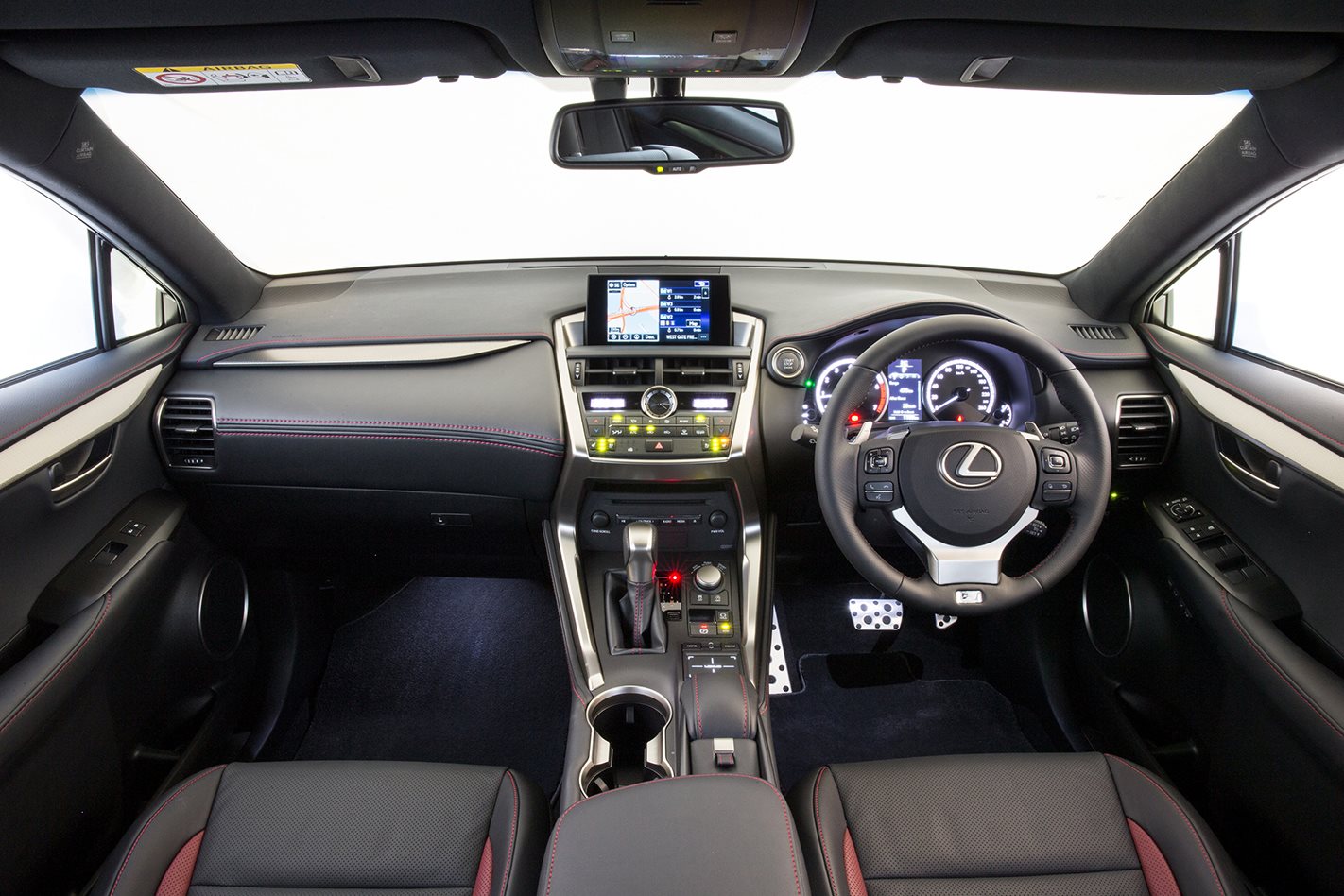 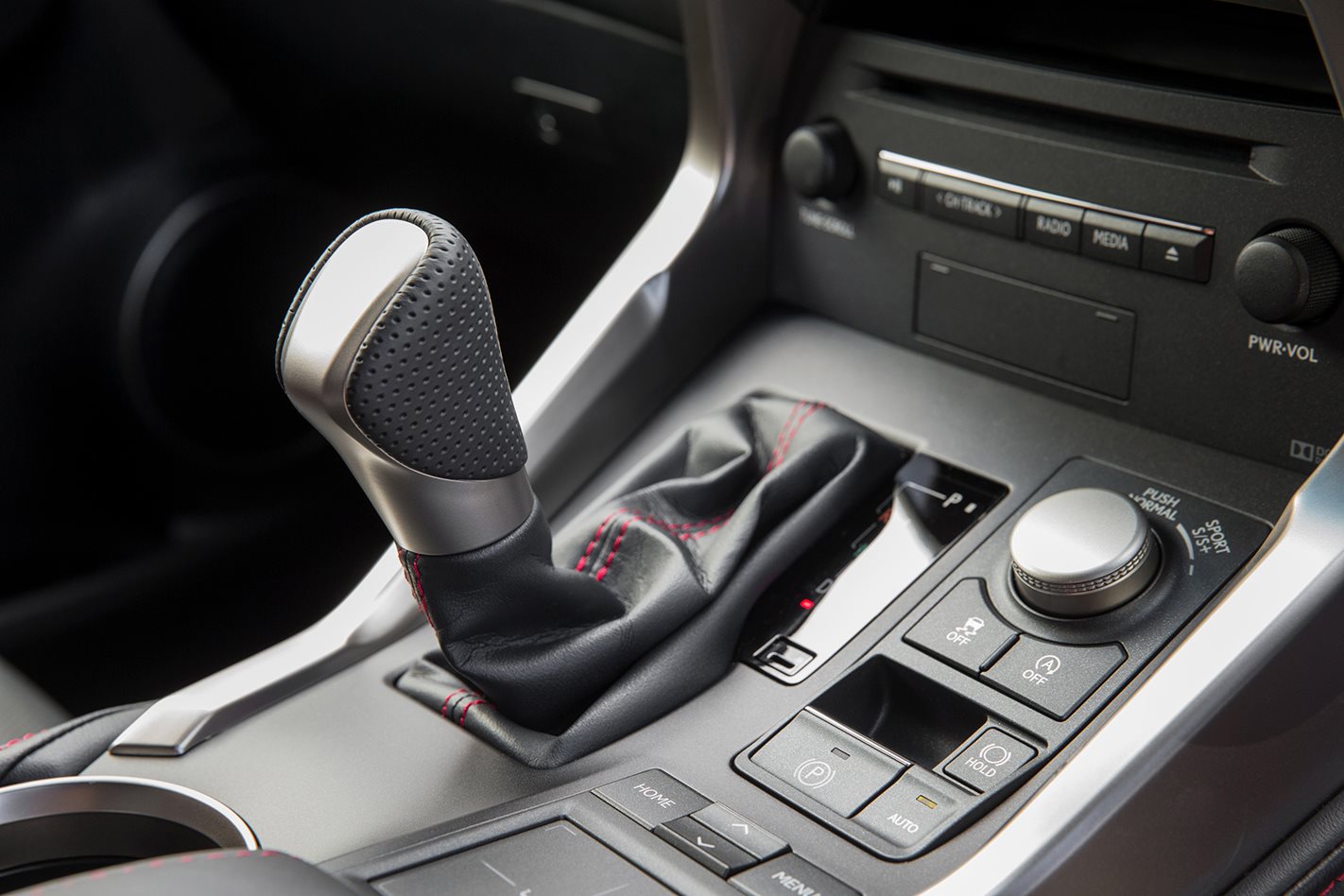