As with the S, the Boxster’s evolutionary styling belies the fact that every panel bar the bootlid is new, while the chassis improvements, including wider rear wheels, revised suspension settings with adaptive dampers optional for the first time, larger brakes and quicker steering also carry across. 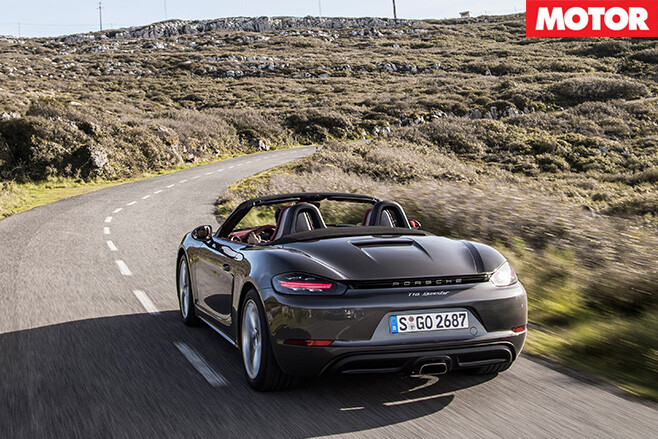 The major difference is in the engine department. While the base Boxster has also downsized to a turbocharged flat-four, it uses a 220kW/380Nm 2.0-litre unit rather than the S’s 257kW/420Nm 2.5.

It may have dropped two cylinders and 700cc, but thanks to the magic of turbocharging there’s an extra 25kW/100Nm available, which drops its 0-100km/h time to just 4.7sec when equipped with the seven-speed PDK and Sport Chrono package.

The tiny engine also officially consumes just 6.9L/100km in PDK guise, which sneaks it under the luxury car tax fuel consumption threshold and means the self-shifting ’box is a mere $1333 more than the $113,300 six-speed manual. 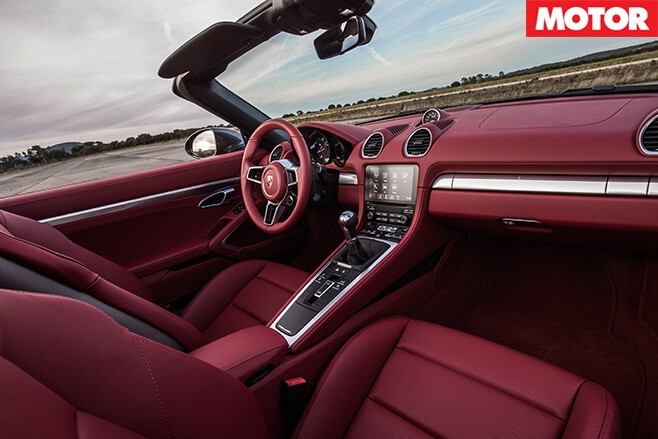 It doesn’t give away as much to its bigger-engined sibling as the figures might suggest, though unfortunately it doesn’t sound any more inspiring. Again, it doesn’t make a bad noise, in fact it even sounds a little more natural than the 2.5, but sadly it is just that, a noise.

The massive torque increase does have an effect on how the car is driven, too. It’s no longer necessary to use every single rpm in order to make efficient progress, and shifting a gear higher and letting the mid-range grunt do the work still delivers a satisfying result.

Base Boxsters haven’t traditionally been particularly impressive in a straight line, but while the 2.0-litre lacks the ultimate punch of the 2.5, this is now a very quick car in its own right, potentially capable of a high 12-second quarter mile. Thanks to the new Sports ESP mode, it’s also possible to use the extra torque to unload the rear tyres slightly in tight turns, though anything approaching sideways motoring is still going to require some hefty provocation.

But that’s not really what the Boxster is about; its strength is its ability to be driven quickly and accurately with utter confidence. With our test car equipped with PASM and 19-inch wheels, its behaviour was unsurprisingly very similar to the S, with a supple ride and plenty of grip, though it would be interesting to try a Boxster on passive dampers with smaller wheels as it might provide even more accessible limits at road speeds.

It’s still an incredibly engaging sports car, easily capable of engrossing a keen driver on a challenging road, but once you’re used to the performance, it’s unlikely the engine will be wound out to redline with anything like the frequency of the old atmo flat-six. Such is the cost of downsizing. 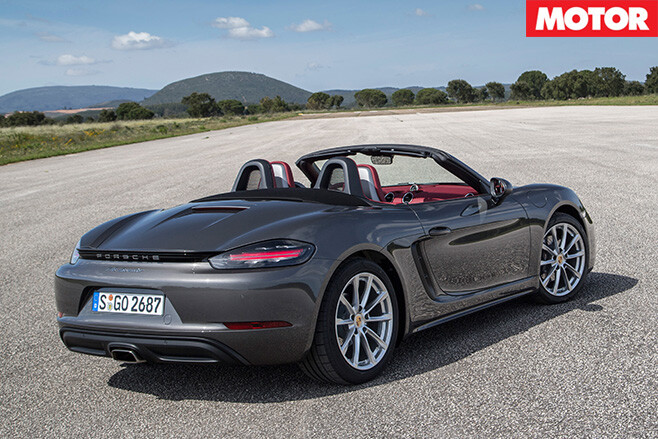 So which is best? Well, the power of the S is intoxicating, but the base Boxster has taken such a large step forward in terms of performance while offering a very similar dynamic experience that the extra $30K to the S seems like quite a stretch.

Our advice would be if you want to ultimate Boxster, choose the S and tick all the boxes (20s, PASM, carbon brakes), otherwise we’d stick with the base with as few options as possible and spend the saving on fuel and tyres.