I never really clicked with the original Porsche 911 Targa. Even though it was a 911, it was just never as cool as the coupe.

An early Targa looked like a crop-duster’s sliding canopy mounted on an upside-down wheelbarrow – even the convertible 911 seemed sane in comparison, so you knew it was loopy.

That was until I clapped eyes on the new 991-generation Targa at the Detroit Motor Show earlier this year and it became obvious this bigger, wider 911 was a much better platform from which to launch the oddball Targa roof. Finally it seems Porsche has been able to engineer the same concept as the original Targa without making it look like some kind of mutant Popemobile 911.

The new roof features a glass rear window that hinges – along with the panel surrounding it – at the touch of a button, while the semi-rigid soft-top section above the driver’s head folds into the void behind the rear seats. This creates an open roof and closed rear window. Clever. 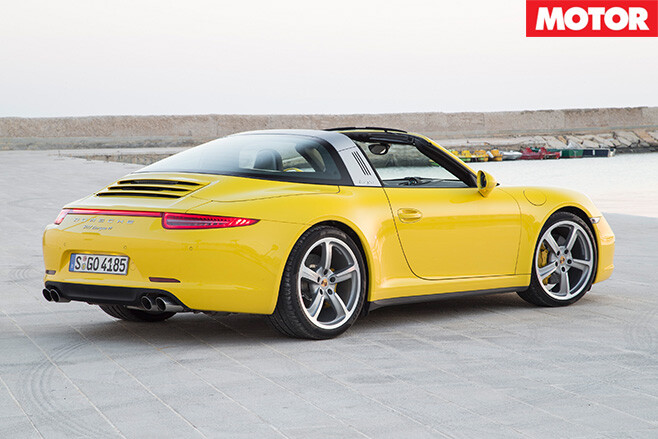 There was, apparently, the temptation to have a folding metal top, but in order to retain the signature brushed-alloy roll-over bar – and with nowhere for the roof to fold into the rear – the soft-roof, hard-window solution was the best one.

And thankfully, structural rigidity issues have been addressed by four decades of development and metallurgy. That said, it does still suffer from not having a roof welded in place. Porsche admitted at the launch in southern Italy the Targa had slightly less than half the bending rigidity of the coupe. And you can feel its loss.

Okay, it’s not terrible, but there is some scuttle-shake over the huge potholes that a post-GFC Italy throws up every few metres. The less-rigid body also seems to allow more road and suspension noise into the cabin. Even below 100km/h, there’s a fair wind-rustle from the top of the targa-hoop and the buffeting in the back seat is horrendous.

When up, the soft-top simply fails to damp out the faint sound of air rushing over the roof.

But my biggest complaint about the Targa-top architecture is the howling blind spot you’re left with over each shoulder. Entering traffic is downright scary when you can’t see what’s behind you. Especially in Italy. 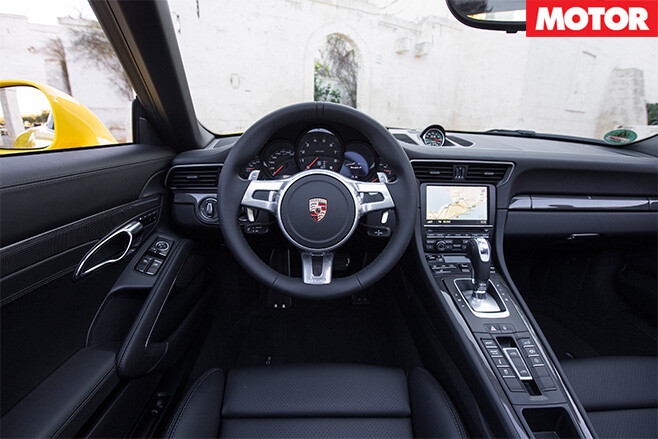 Australia will see two versions of the Targa: an entry-level Targa 4 with a 3.4-litre 257kW engine at $247,900, and the top-shelf Targa 4S with its 3.8-litre mill and 294kW for a substantial $285,100. The Targa also gets the all-wheel-drive body from the door-handles down, including the wider rear track and 10mm of extra rear tyre on each side.

Porsche’s white-coats admit the decision to go with the wide-body was more to do with the bodyshell being a better visual match with the Targa design, rather than any desire for ultimate grip.

The whisper is we’ll only get the PDK transmission – although there’s talk a manual might be available on a special-order basis. Still, the current-gen PDK is so damn good it’s very difficult to be critical of the actual driving experience. And let’s be honest: this is still a Porsche 911, and that must count for something. 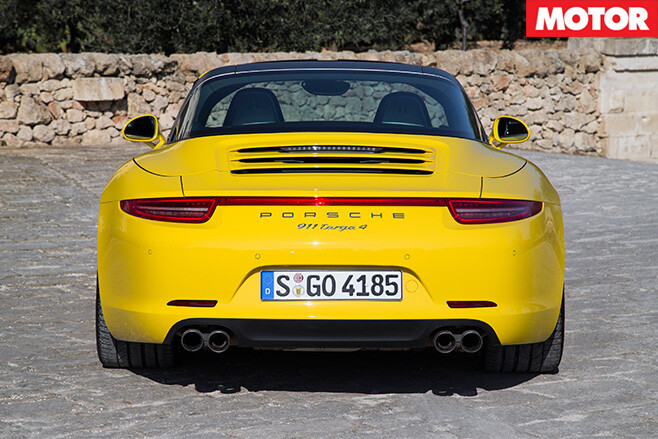 But in the end, you can’t fool genetics. The new car is still a 911 Targa. As such, it lacks the purity of engineering of the coupe and it’s noisier, less rigid and its packaging is flawed. And now it’s also all-wheel-drive, just to annoy the true believers even more.

On the other hand, it won’t leak water anymore and it looks absolutely sensational. And that might just be enough, especially if you’re not a traditional 911 hard-head.

As a traditional fan of the coupe, I’m not entirely convinced on Porsche Australia’s market philosophy for the Targa – predicting it as an alternative to the coupe rather than a competitor for the convertible. Only time will tell.