Rolls-Royce’s Ghost was as close to perfection as possible when it was launched in 2010, but the company has found a few ways to get even closer with the 2015 Ghost Series II

Rolls-Royce’s Ghost was as close to perfection as possible when it was launched in 2010, but the company has found a few ways to get even closer with the 2015 Ghost Series II. Like a transmission that uses GPS info to prepare for corners in advance, and even more absurdly wonderful suspension. There’s a lot here to love.

It’s a facelifted Ghost, hauling around the same 6.6-litre V12 engine, but it’s had its eyes done, a few other styling tweaks and can now be optioned to roll on 21-inch wheels.

WHY WE'RE TESTING IT
Because a new Rolls, or even an updated one, is a moving of the yardstick that represents the very far reaches of the car world, where money is no object and the idea of luxury is a bare minimum.

MAIN RIVALS
Sure, you could buy a Bentley, an S-Class or even the slightly related BMW 7 Series, but none of them are really competitors for a Rolls. It effectively sits in its own segment and is, according to Rolls, the number-one vehicle in the $250,000-plus category. It’s some rarefied air up there.

THE WHEELS VERDICT
It’s slightly better looking and slightly better riding; a bigger-wheeled version of what was already one of the ultimate wealth statements on wheels. To drive one is to be somewhat overwhelmed, and to come to believe that owning one could make sense. If you were a billionaire.

PLUS: Styling; grandeur; effortlessness; interior; suicide doors with hidden umbrellas; fabulous to drive; general magnificence
MINUS: The price; can’t conceive what it’d be like to drop $550K on a single car

THE WHEELS REVIEW
ONE doesn’t just pop into the Rolls-Royce dealer, grab the keys for the new Series II Ghost and disappear in a cloud of cigar smoke. Oh no, it’s more like a high-end business conference. I shouldn’t have worn shorts.

We sat around a huge, granite table in what feels like a boardroom – albeit one with whopping great cars in it – and heard a lot from brand manager Alan Hind about what makes Rolls so special that people hand over $550K for this one, or considerably more than a million for a personalised Phantom.

Rollers are not like other cars; they have no competitors, you see, and the people who buy them shop them against yachts (or maybe just new sails for their yachts), works of art, gold bullion or the bubble that Michael Jackson used to sleep in.

This, along with the price, is all very intimidating, but it gets worse when you actually approach the 5.4m-long, 1.9m-wide ‘baby’ Rolls that is the Ghost. It’s the easy-to-drive version, apparently, the one bought by people who even occasionally deign to sit in the front. “Even if they do mainly drive, I encourage them to hire a driver now and then, just so they can experience how wonderful it is to sit in the back of their own car,” Mr Hind tells us.

This updated Ghost – which looks simply stunning in Salamanca Blue with the optional, contrasting silver nose – has newly sculpted headlights, now with LED DLRs, and a new tapered ‘wake channel’ on the giant bonnet, said to evoke a jet’s vapour trail coming off the Spirit of Ecstasy’s wings.

It definitely makes for one hell of a vista from the driver’s seat; it really does feel like looking down on creation.

The “famous waft line” down the side of the car has also been redesigned to make it look more “effortlessly dynamic”, and the enlarged front air intakes are now chromed.

Our car is on the optional new 21-inch wheels (19s are standard, and must look weedy, frankly), yet it offers the kind of ride, thanks to its re-engineered front and rear struts, that’s simply nether-worldly. The Ghost seems to scare bumps into submission, intimidating them with its bulk (a colossal 2470kg).

As a driver, you are aware that road imperfections exist, far beneath you somewhere, because you can vaguely hear them, but they simply have no impact, either through the comfortably cosseted seat of your pants or the steering wheel.

NVH has similarly been exiled from Rolls-Royce world, helped by the amount of lush materials around you, including lambswool carpet under your feet that’s deep enough to lose an actual lamb.

Effortlessness is the goal of the Ghost’s designers, and they’ve done a hell of a job. The gearbox offers no Sport settings, or paddle shifters, just D for Drive.

The colossal engine, a 6.6-litre V12 making 420kW/780Nm and silent as a Ghost, makes light work of all driving demands. It works with a new satellite-aided transmission that uses GPS data to pre-empt corners, roundabouts and motorway exits, so you’re always in just the right gear.

Good luck actually noticing these gearchanges, though, because they are seamless.

All you know is that it all works, even if you’re damn fool enough to throw this cruise ship of a car into corners at pace. We tried to get the big Ghost to misbehave in a series of sharp switchbacks, but it merely carved its way through – effortlessly as always – with nary even a squeal from the tyres.

After a few days together, I admit to being totally won over by the whole Rolls-Royce thing, and the Ghost’s driveability in particular. I was very sad to slide the keys back across the giant granite table. If this is how the other half lives, sign me up, Jeeves. 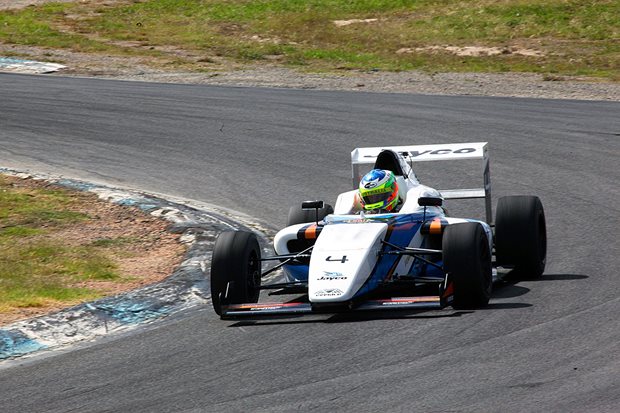 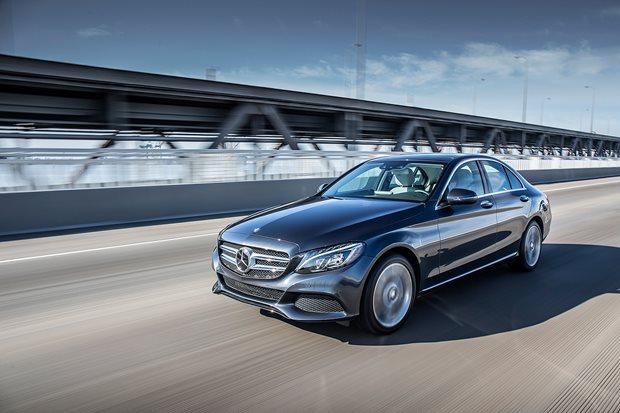 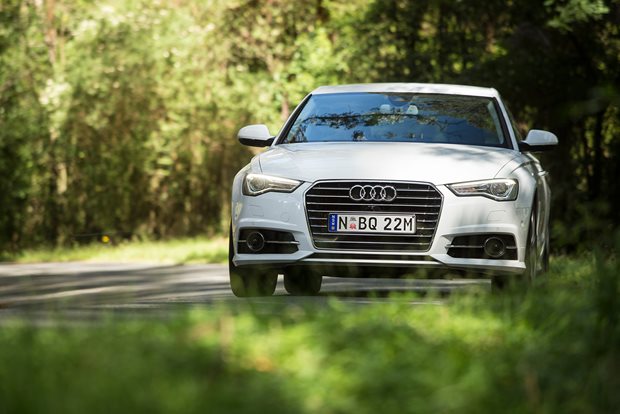 Design- and tech-savvy Audi A6 sedan and Audi A7 Sportback gain a sportier look, upgraded infotainment, revised powertrains and greater value for money 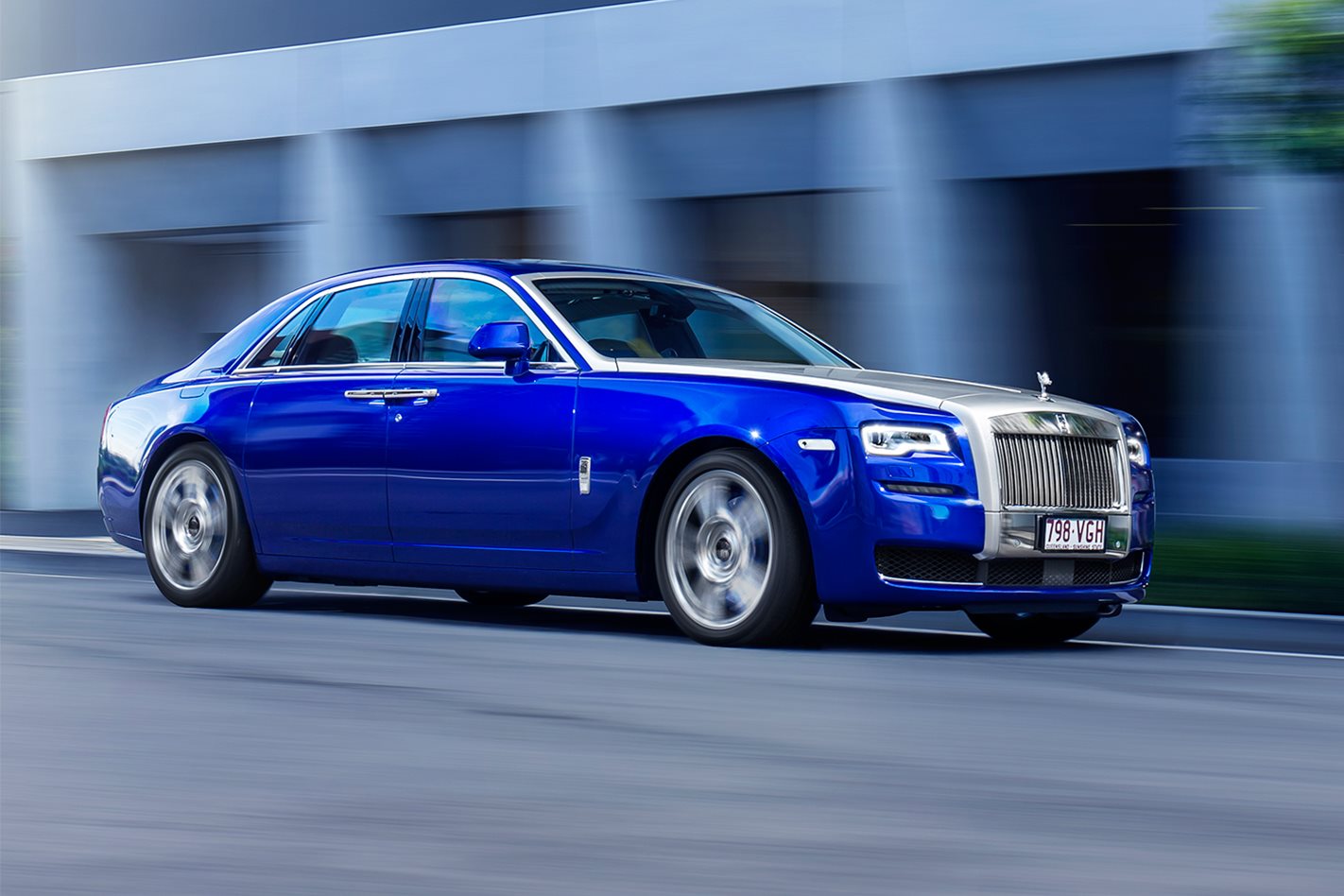 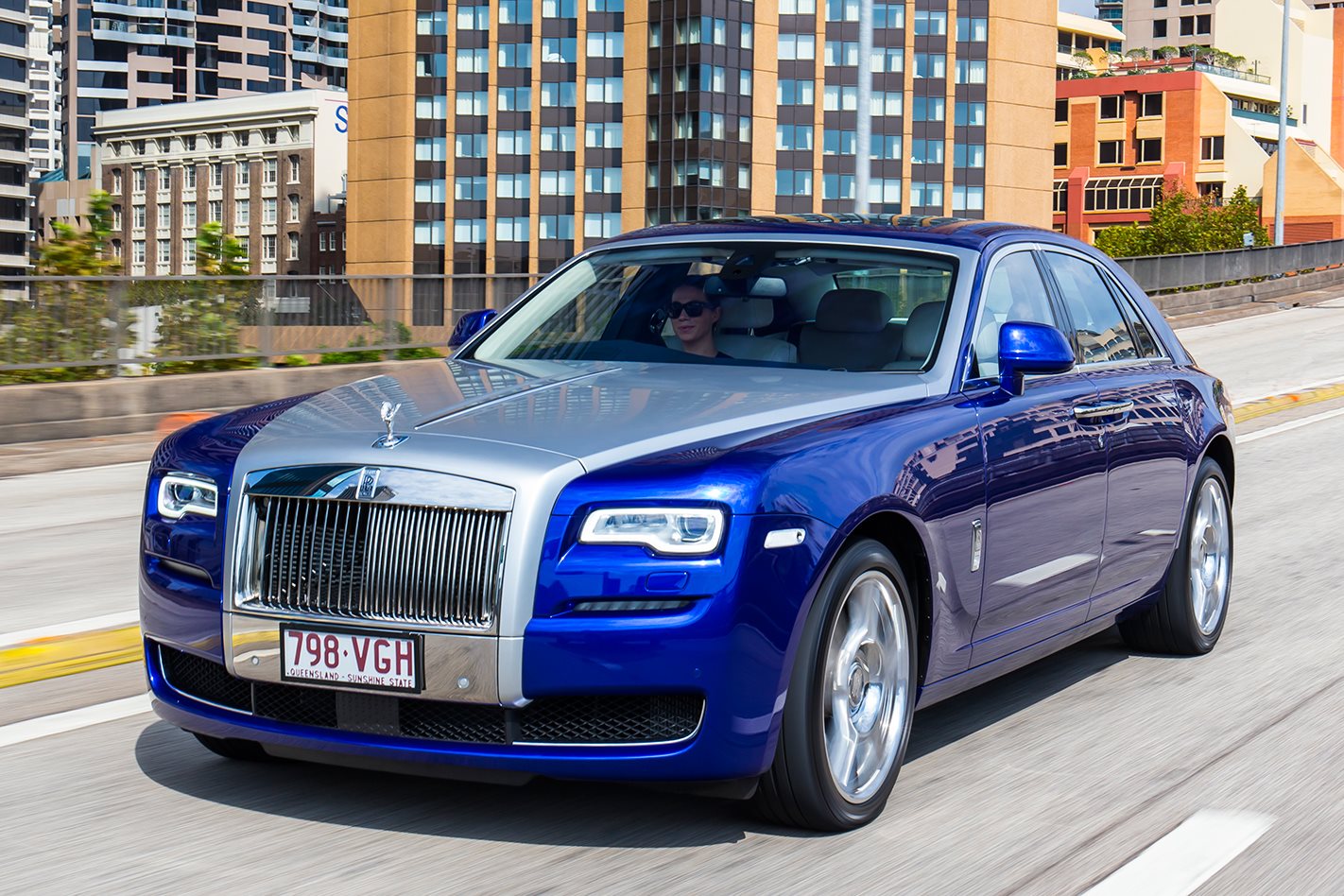 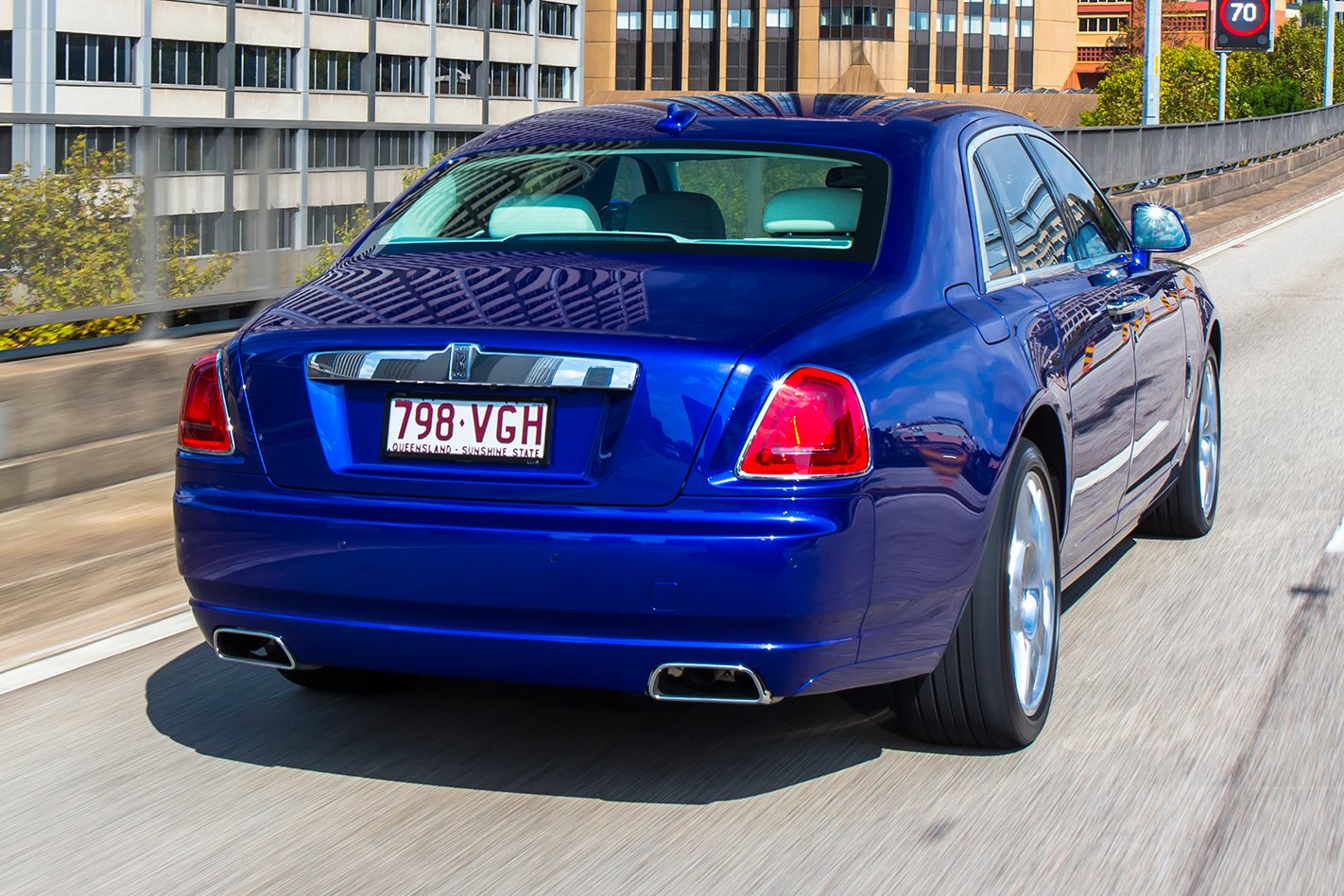 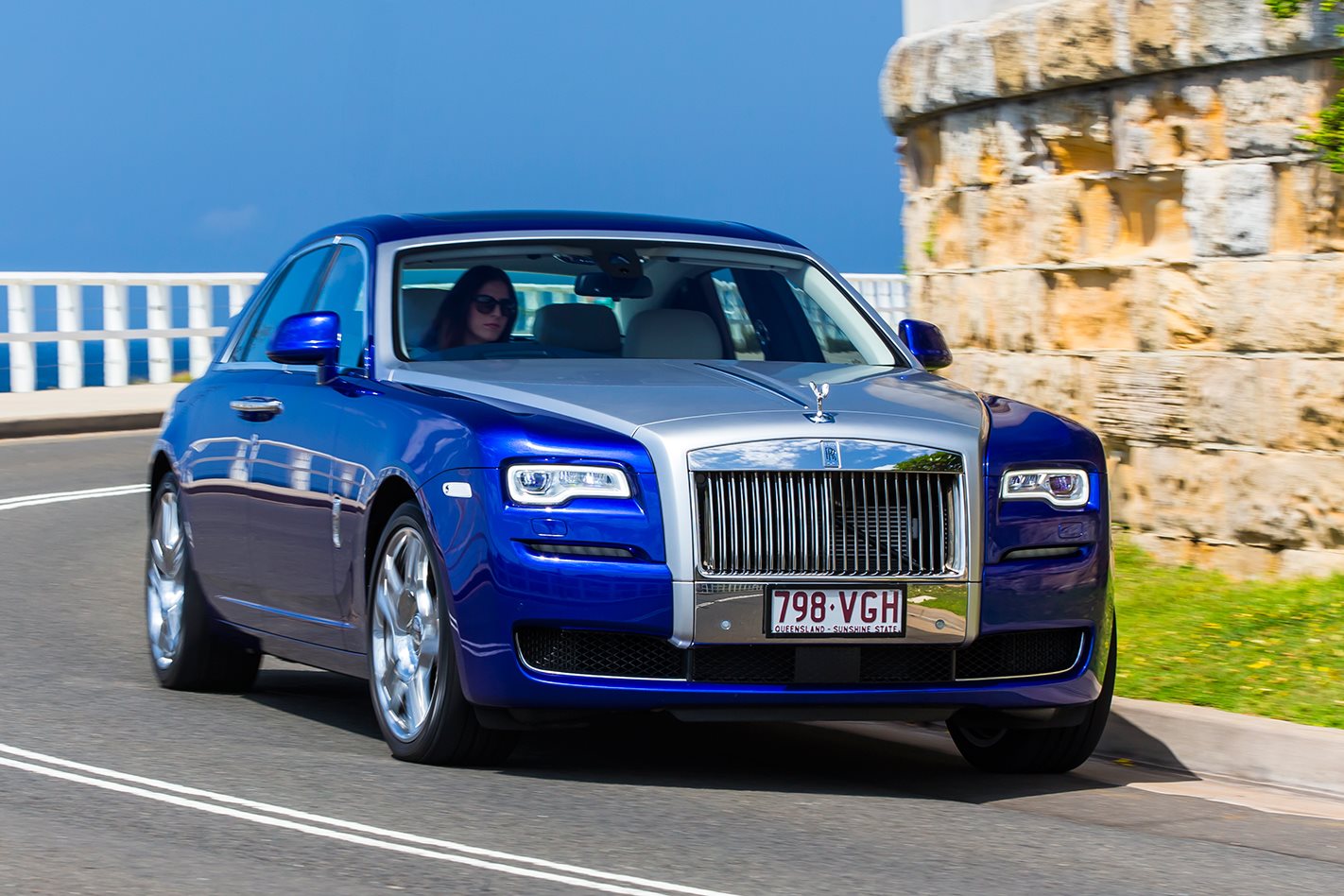 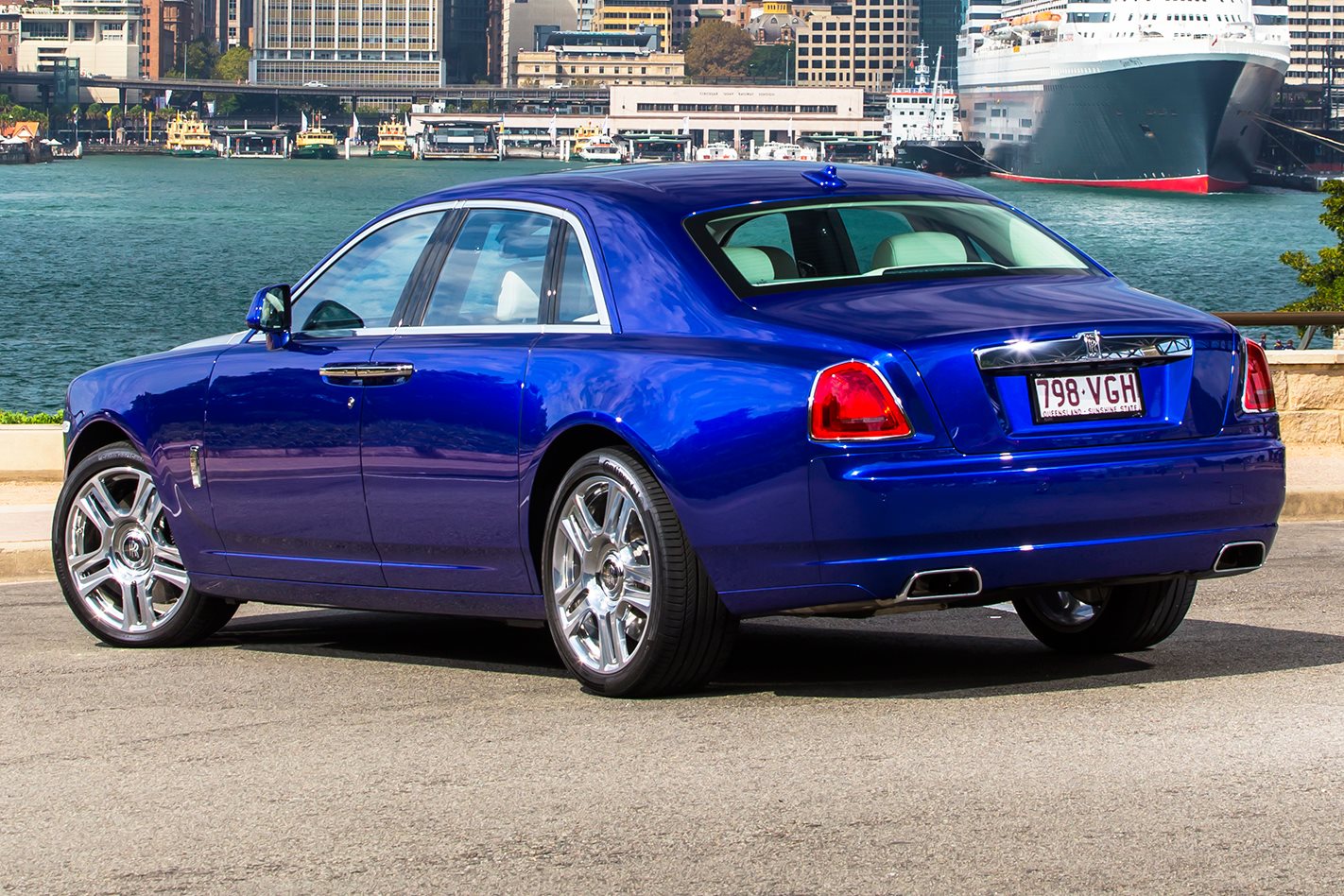 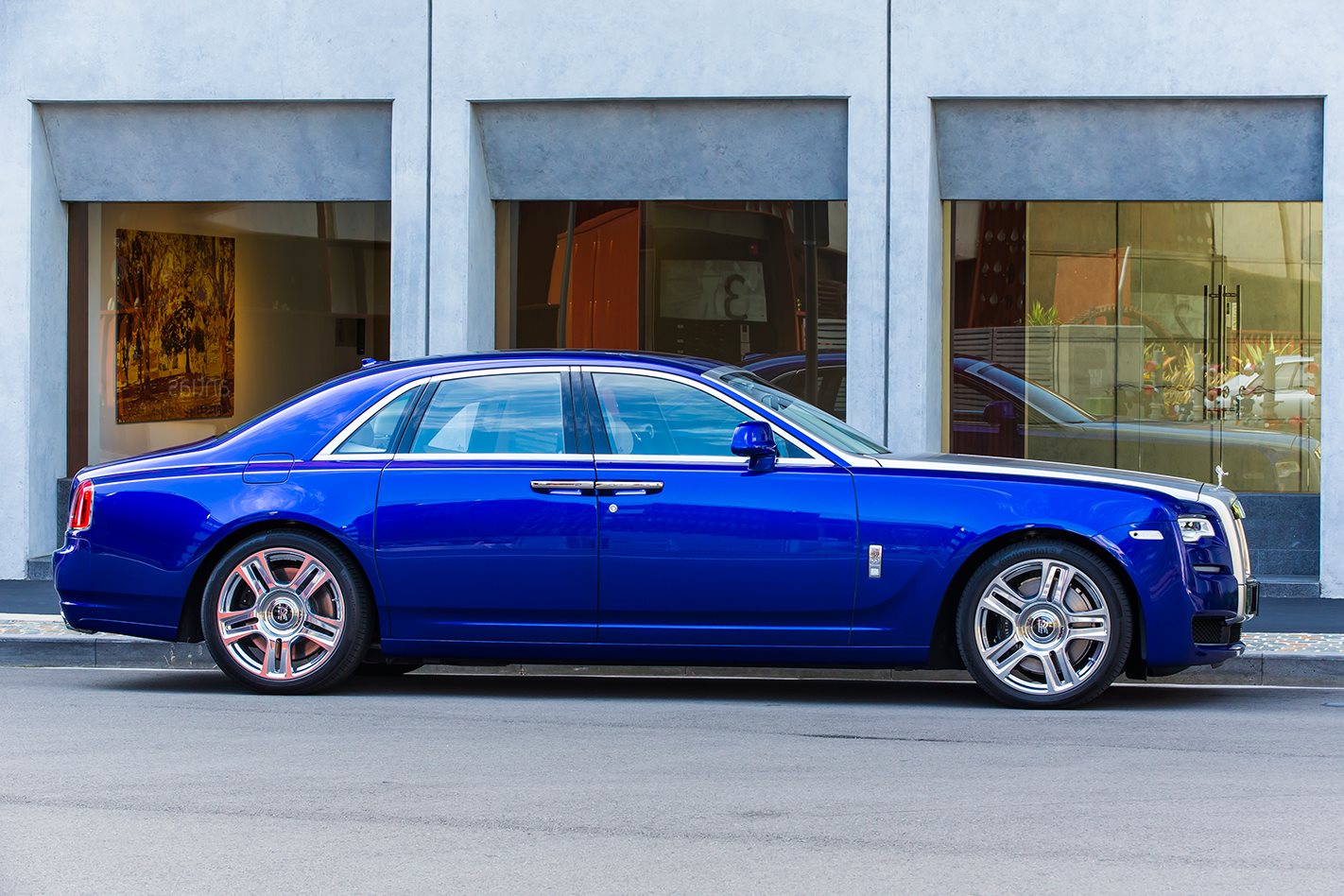 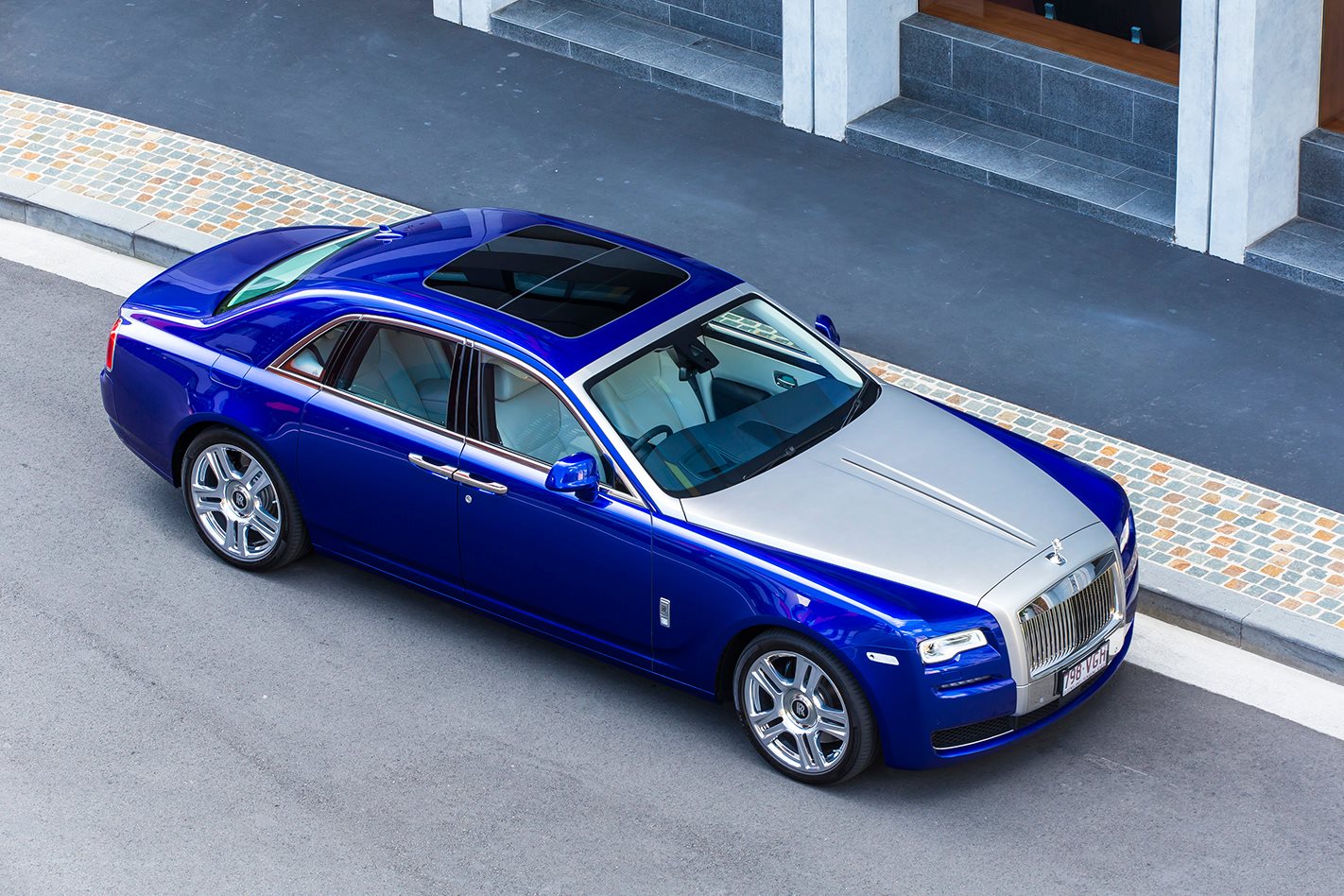 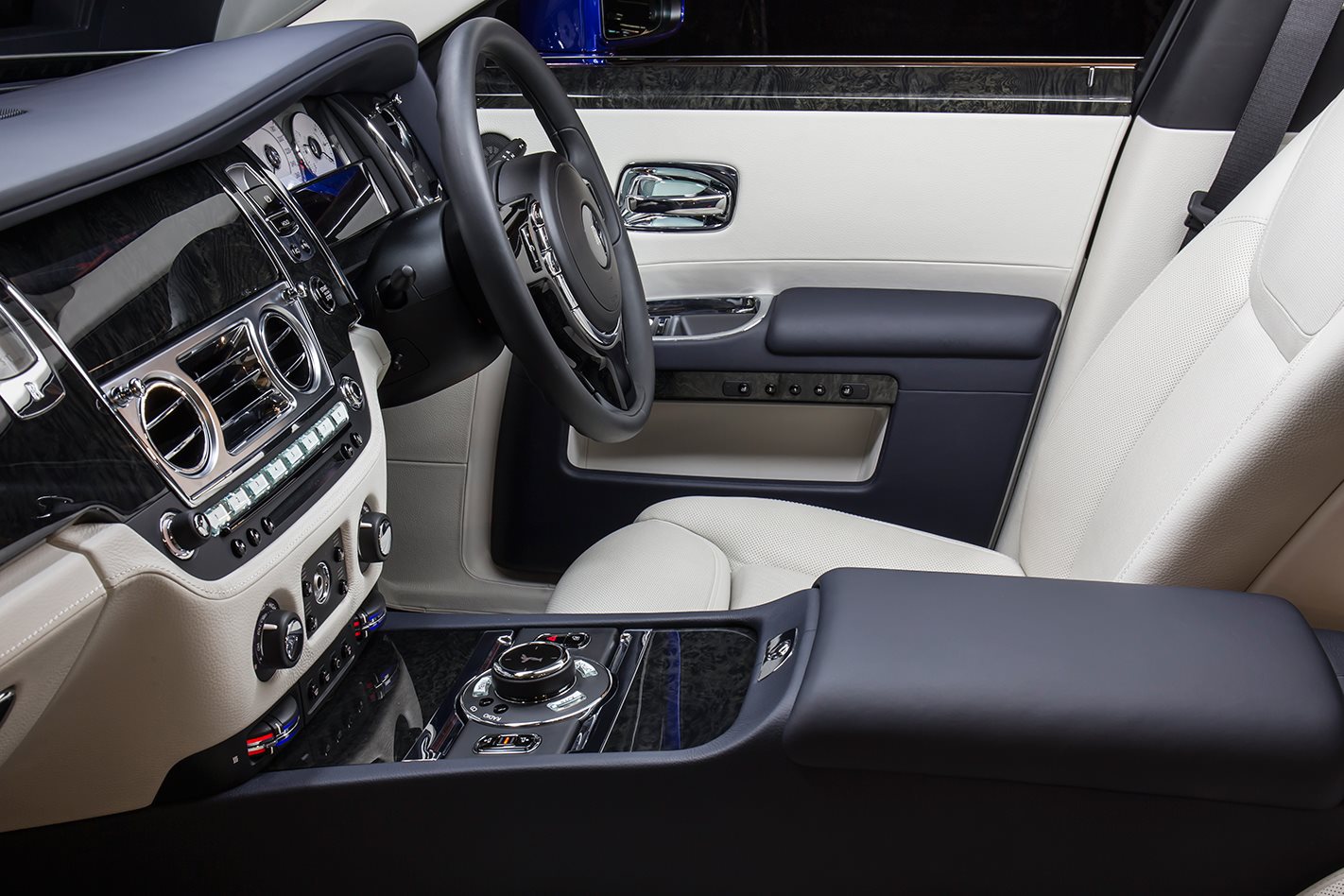 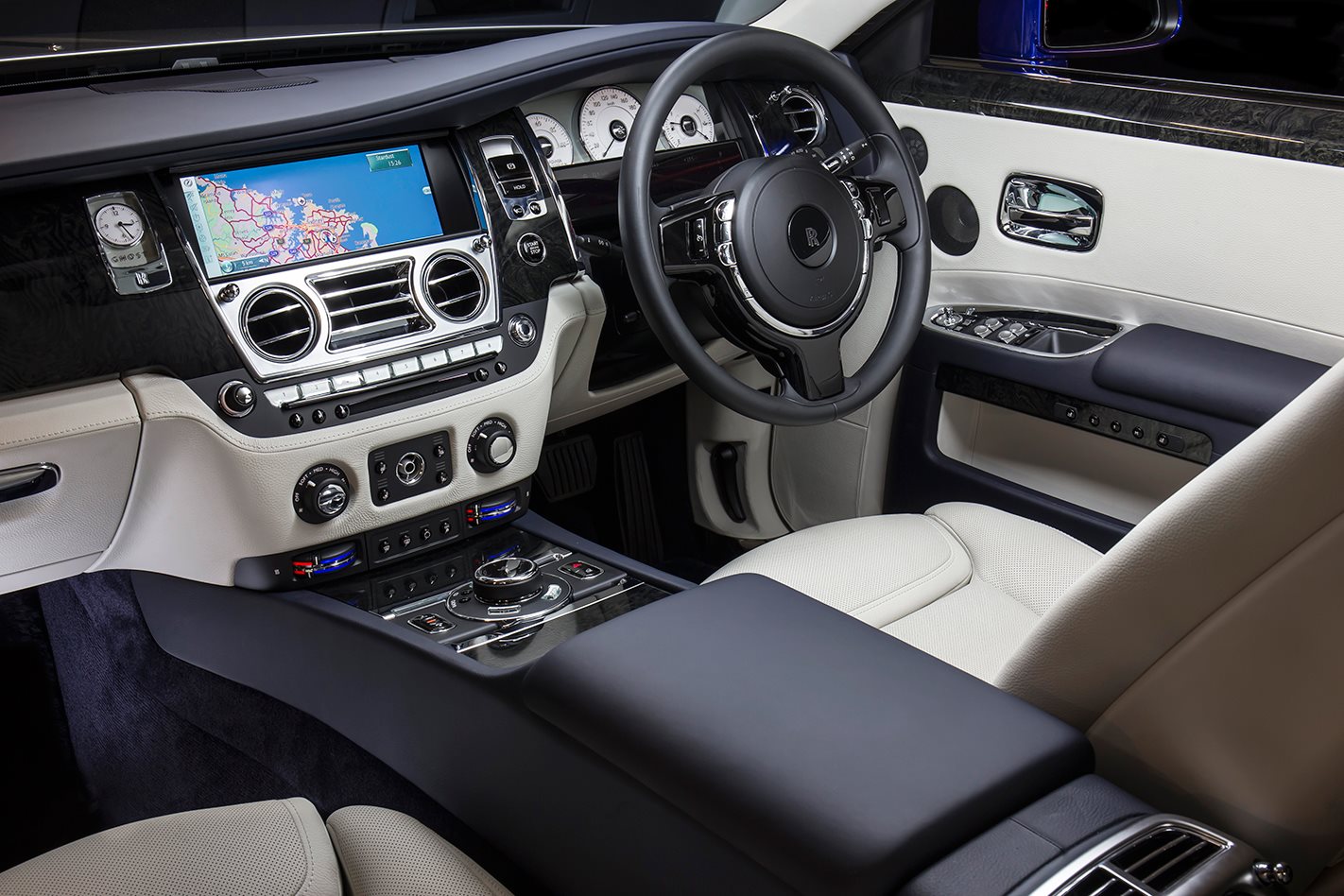 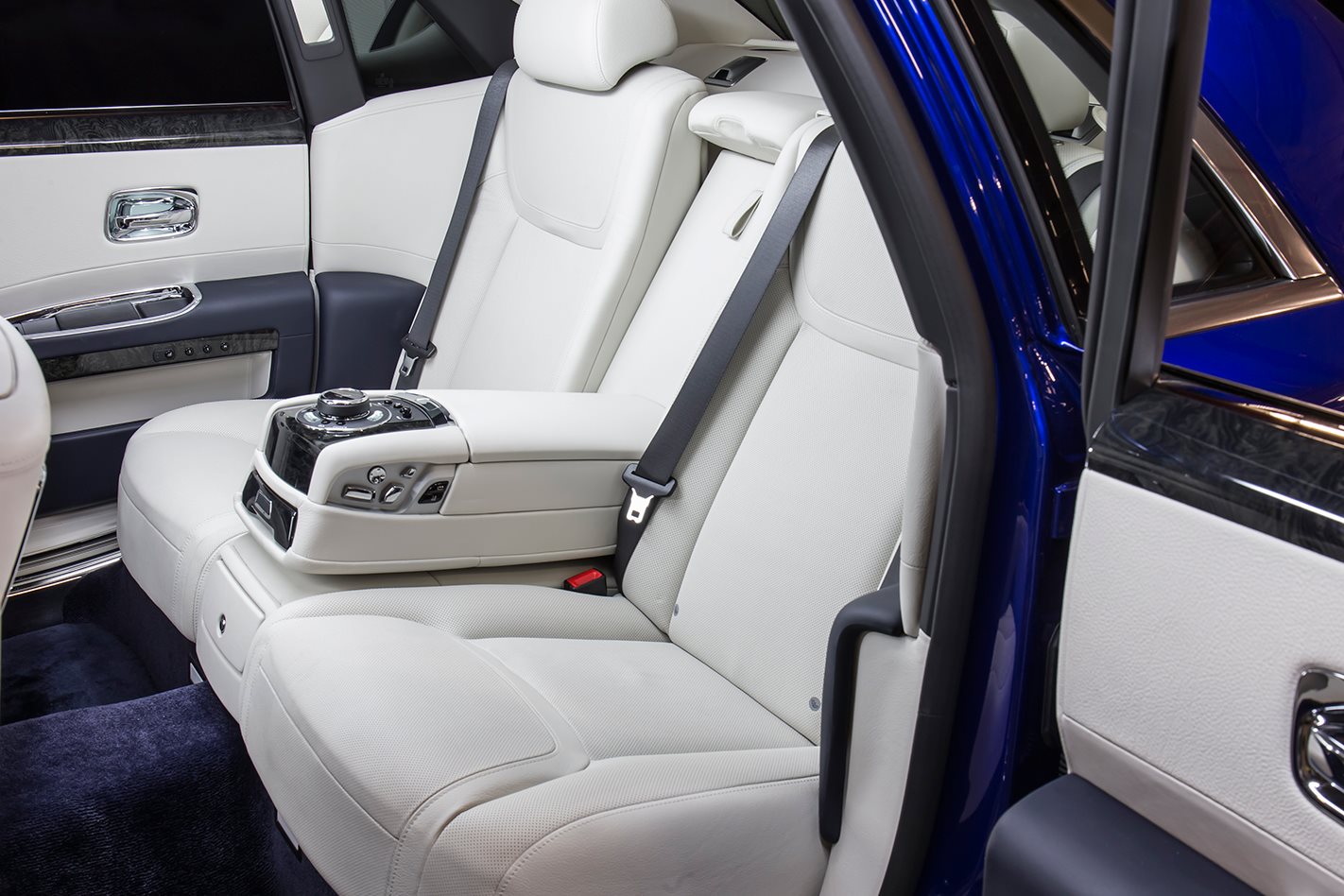