With a few small tweaks, Skoda’s Octavia RS has been turned up to 11

Skoda’s already excellent Octavia wagon is made even better with the addition of an RS moniker, and it’s showing on the sales floor, with a long waiting list for the spec and colour of your choice.

The RS package, in essence, mimics that of Volkswagen’s Golf GTI, with the potent EA888 2.0-litre four-pot turbo under the bonnet, a multi-driving mode switch in the cabin and the MQB chassis bolted underneath. In load-lugger guise, it adds a breadth of flexibility to an entertaining package.

The RS230, launched at the Frankfurt Motor Show this year, takes that package and adds more noise, a little more power and, crucially, an updated front limited-slip diff. Aussie-spec cars currently use the brakes to mimic the effect of a proper mechanical LSD, but this unit – as fitted to the VW Golf GTI Performance – is an electro-magnetic locker that can instantly send 100 per cent of its torque to the wheel with the most grip. 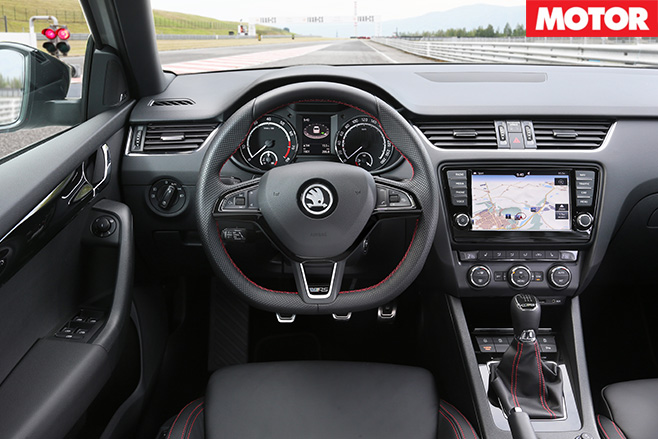 The exhaust sports a new pair of mufflers and a reconfigured rear section for more aural theatre. It’s not as overt as the Golf R, but it’s pleasant. Visually, hints of black set the RS230 apart, with an all-black grille, a black roof, rear-view mirror caps and a set of bespoke colour-combo 19.0-inch wheels. Inside, there’s a flat-bottom steering wheel, while the rest is straight RS spec.

An ECU remap nets the RS seven more kilowatts to take it to 169kW, but there’s no more torque. It nips a tenth of a second off the car’s 0-100km/h time to 6.7sec when it’s matched with the RS230’s manual gearbox.

Yes, a manual ’box. We drove the RS230 in Germany with a six-speed DSG, but the word from Skoda Australia is the RS230 will arrive in Oz in 2016 in limited numbers as a manual only. The rationale is that Skoda’s performance-preferring punters are prone to opt for a DIY shifter. 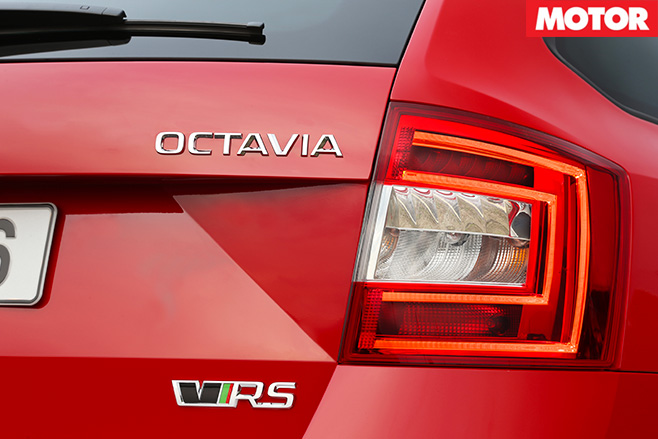 The only problem with this argument is that the DSG exists and it’s very good. Combined with flappy paddles, the combination is every bit as performance-orientated as the manual, but crucially allows the owner to waft along with the traffic.

Having to swap cogs by yourself isn’t a deal breaker for us, though. The RS is unique, comfortable, practical and rapid, and adding a little more chilli to the pot only enhances it. The RS230 feels substantial and resolute, with excellent balance front to rear, great suspension control and confident steering.

The power being propelled through the front tyres is harnessed much more effectively with the trickier new diff, though the engineers have still allowed the fronts to scrabble and chirp for traction if the loud pedal is thumped hard enough.

The large 19.0-inch rims and low-profile tyres can nibble at the steering wheel on rougher tarmac, while the Skoda’s lane-keeping control can also add a strange feeling at the helm. Switch the nanny off, however, and the electric steering weights up well and provides good feedback. 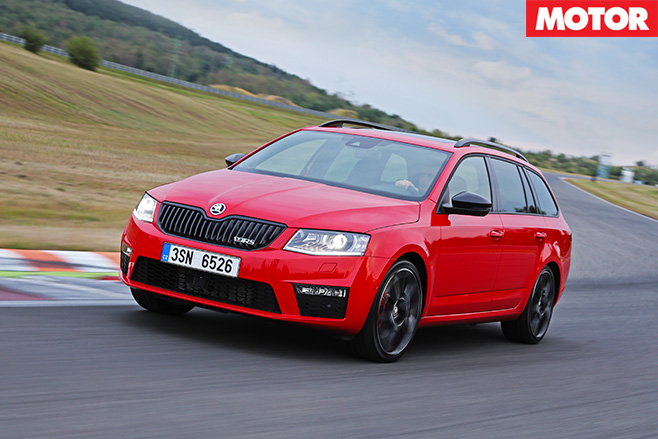 Both the sedan and wagon are larger and more useful than a regular five-door hatch, and its distinctive looks are a huge selling point. There’s no word as to when Australia will see the RS230 – and indeed, whether it will even be called a 230 (a number that applies to the car’s horsepower rating). Octavia RS Performance, perhaps?

No word, either, as to how much the mechanical additions will add to the RS’s bottom line, which starts at an incredibly reasonable $37,590 plus on-roads in manual sedan form, or $39,090 in wagon guise.

Its manual-only status will naturally limit its appeal, but the additional specification of the RS230 underlines the Octavia RS’s underdog status as one of the smartest everyday performance-car buys of the decade. 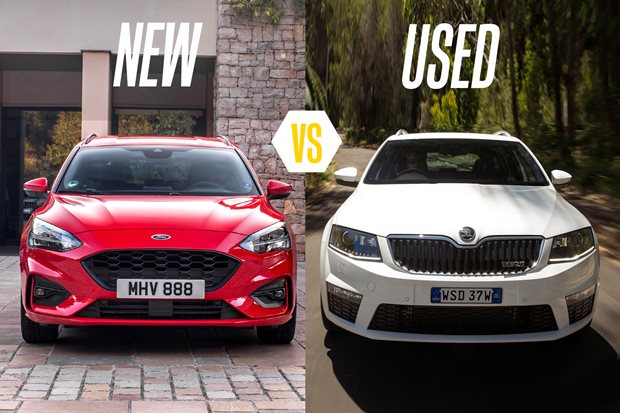 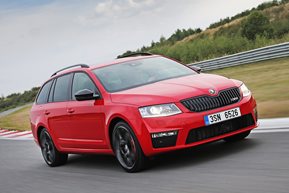