You have to feel a bit for car tuners in the modern age. Back in the day, the hottest of hot hatches would barely trouble today’s warm tunes from most big carmakers – and when it comes to the cream of the hot-shot crop, the bar has been raised considerably.

Case in point is the FK8 Honda Civic Type R. It swept the MOTOR award boards in 2018 with its formidable combo of poise and pace, prompting many of us to think this factory effort is the pinnacle of the Civic’s potential – a performance car that hasn’t been pushed into the realms of becoming inaccessible, either as a relatively civilised daily or as a fit, fast, fun toy. 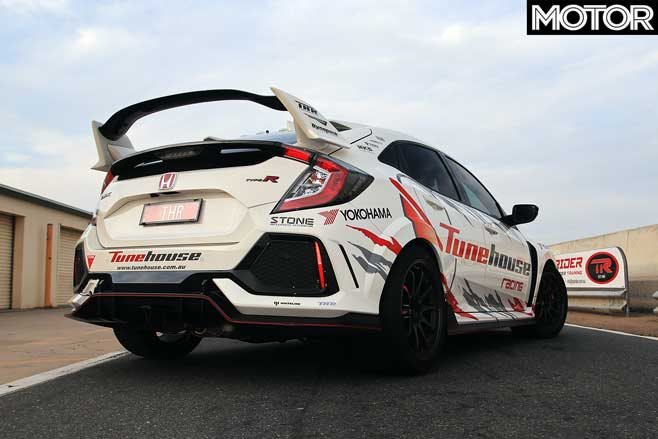 However, Jim Ghelis reckons he’s hit the upgrade nail on the head with the work he and his Sydney-based Tunehouse team have wrought on his daily driven Civic.

“I think it’s wrong to go against the designer of a car, but while what I saw was a very good car out of the box, it didn’t have that last 20 per cent of performance,” Ghelis says.

A lot of the work the Tunehouse team did involved reducing radiator and intercooler inlet temperatures, as well as rewriting the engine map to eliminate the doughy feel of the stocker from low revs.

“I spent a lot of time with the tune to make it more linear and to retain that factory feel,” he says. “The whole idea is to take a car that’s already awesome and make it even more awesome. And I think we achieved that.” 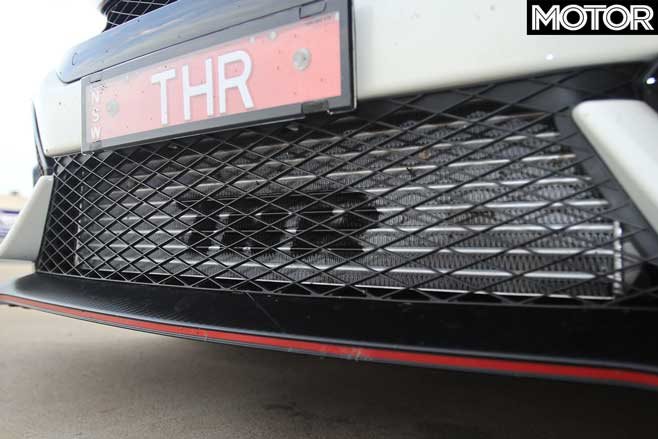 The car runs a tune, intercooler, full exhaust and, as Ghelis puts it, “a little magic” in the alignment settings combined with a rearward engine mount update and some small parts from suspension specialist Whiteline.

But here’s the amazing part; it actually runs less boost than factory – 2psi less, to be exact – with careful revisions to cam and ignition timing, fuel mapping and torque management making the difference. 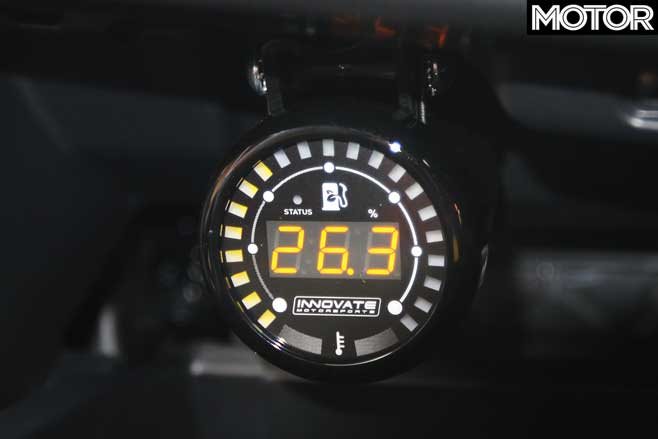 Seldom has such a (relatively) affordable car been more capable, more easy to drive and yet still thoroughly entertaining up to and at the limit than the standard Civic Type R, and Ghelis is well aware of this. “It’s all about the incremental gains. There’s a 9kW increase just from the K&N cold-air induction kit, but the real magic is in the tune.”

My only real criticism of the Type R in stock form is the fact that the engine’s attentiveness doesn’t match that of the chassis from low in the rev range, something the Tunehouse tweaks thoroughly address.
The engine feels like it has twice the capacity, with instant access at any point on the tacho. 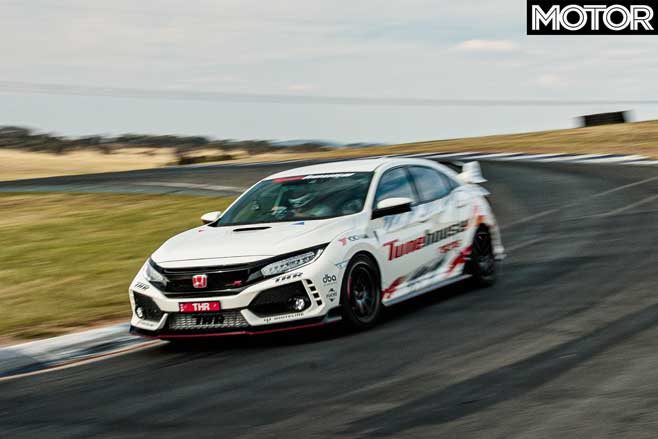 A fat, arrow-straight line of torque kicks the car at the sunset at an astonishing rate of knots; the sheer volume of grunt makes it almost inconceivable that the engine bay doesn’t hide a huge new huffer or other internal trickery.

In fact, the engine bay reveals almost nothing; if not for the World Time Attack stickers and lack of rear seat, you’d be no wiser that this car has a third more grunt. The loud blow-off valve and meaty exhaust timbre aren’t my cup of Earl Grey, but these elements can be changed to suit. 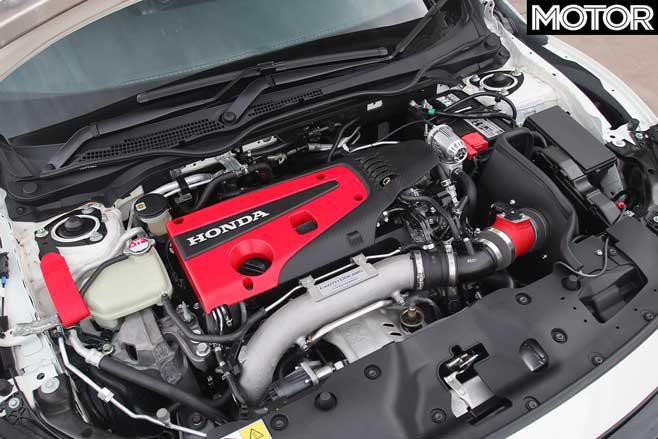 In full attack mode, the powered-up Type R is wicked fast, and almost a bit much for the excellent stock suspension set-up. But even on well-used Yokohama semi-slicks it lapped a greasy and dusty Wakefield Park circuit 1.1 seconds faster than the stock car, with more to come with some tweaks.

My main takeaway, though, is the fact that this is now a very quick car, and it needs to be driven with intent and measure; it’s no longer a matter of planting the foot and going along with the ride. You become part of the experience, but thankfully not at the expense of the car’s addictive accessibility and innate balance.

Nor does it come at the expense of liveability. With the rear seats refitted and the decals removed, the Tunehouse Civic is still a comfortable, special little car with a genuine Mr Hyde persona hiding just a flick into R Plus mode away. 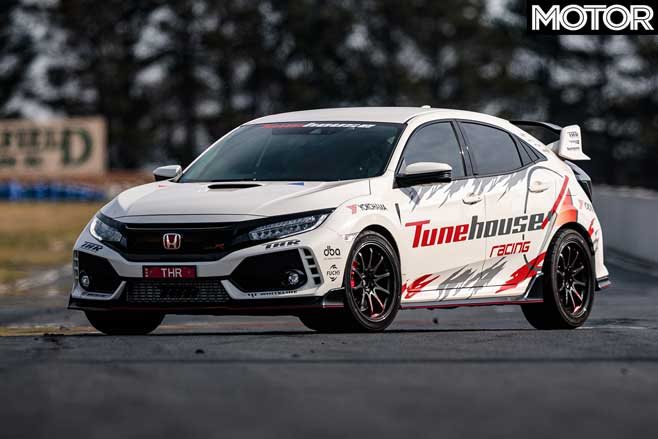 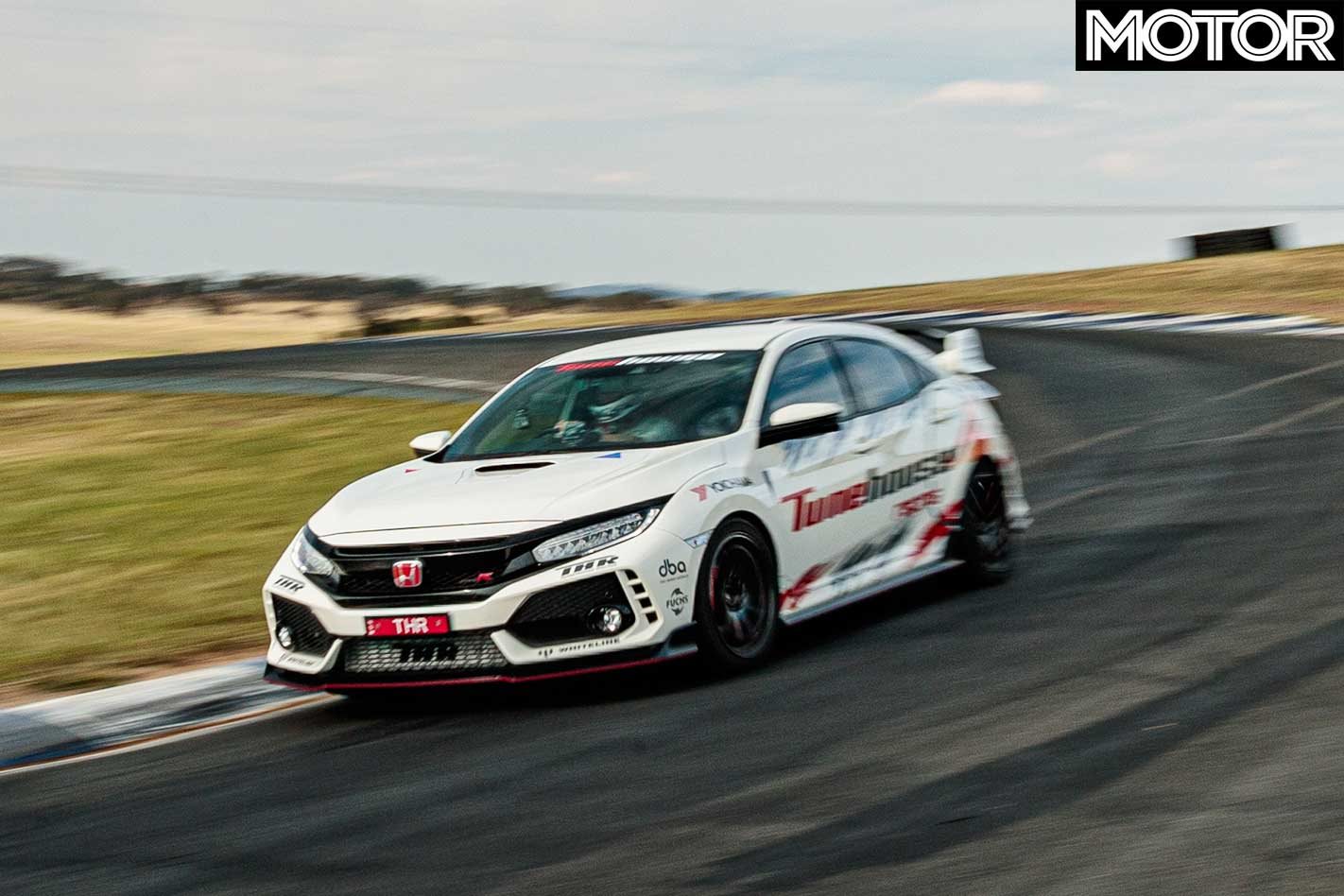 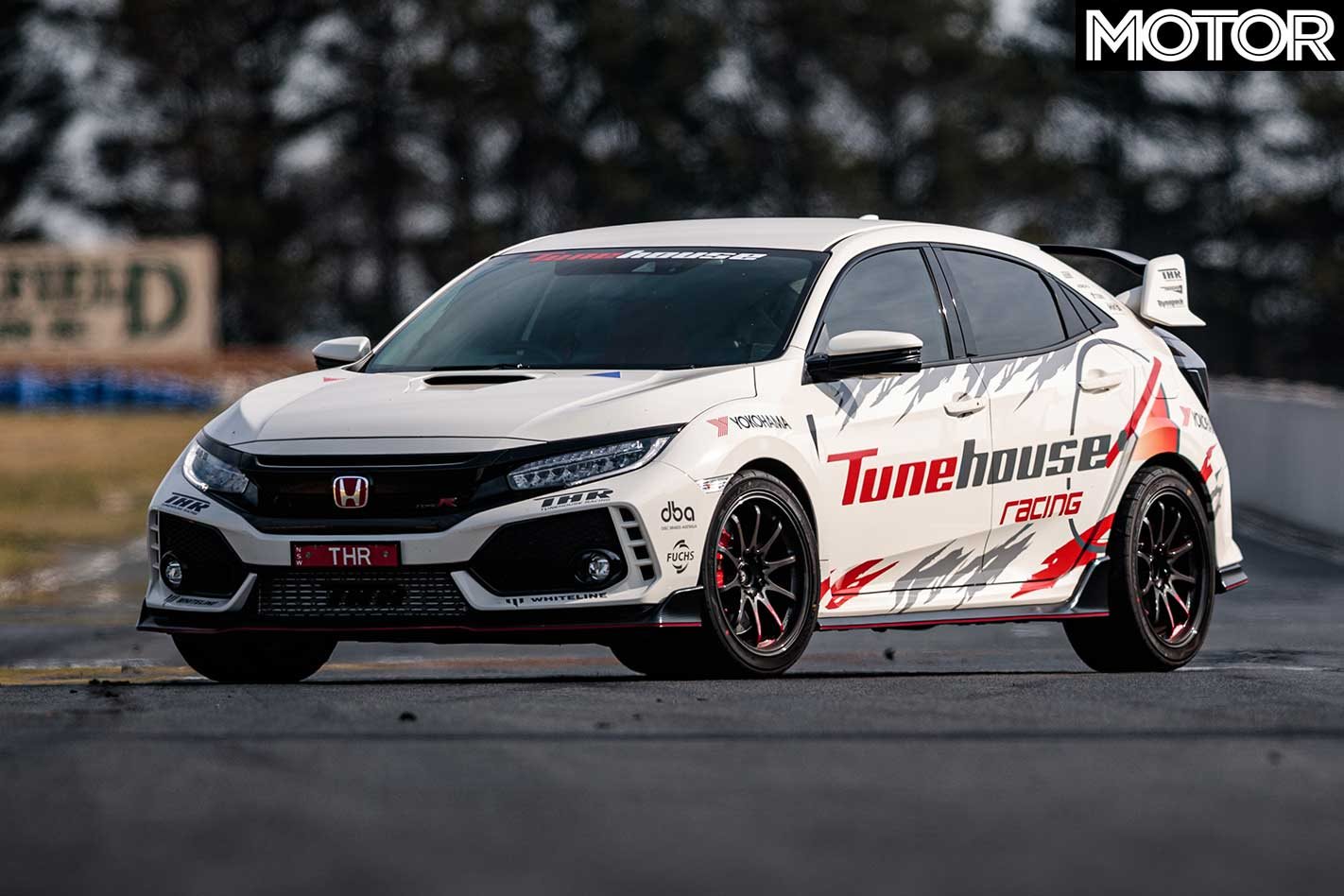 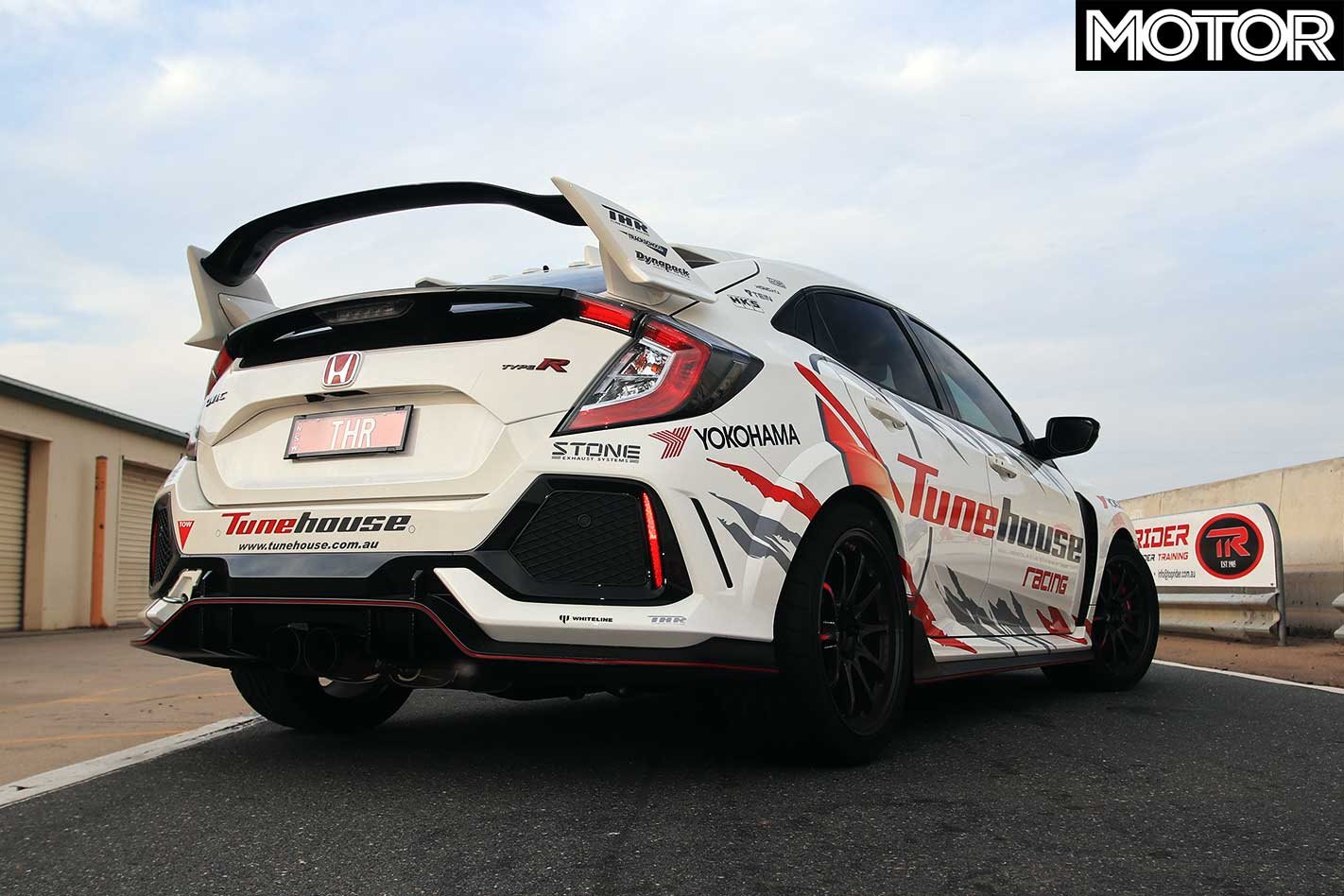 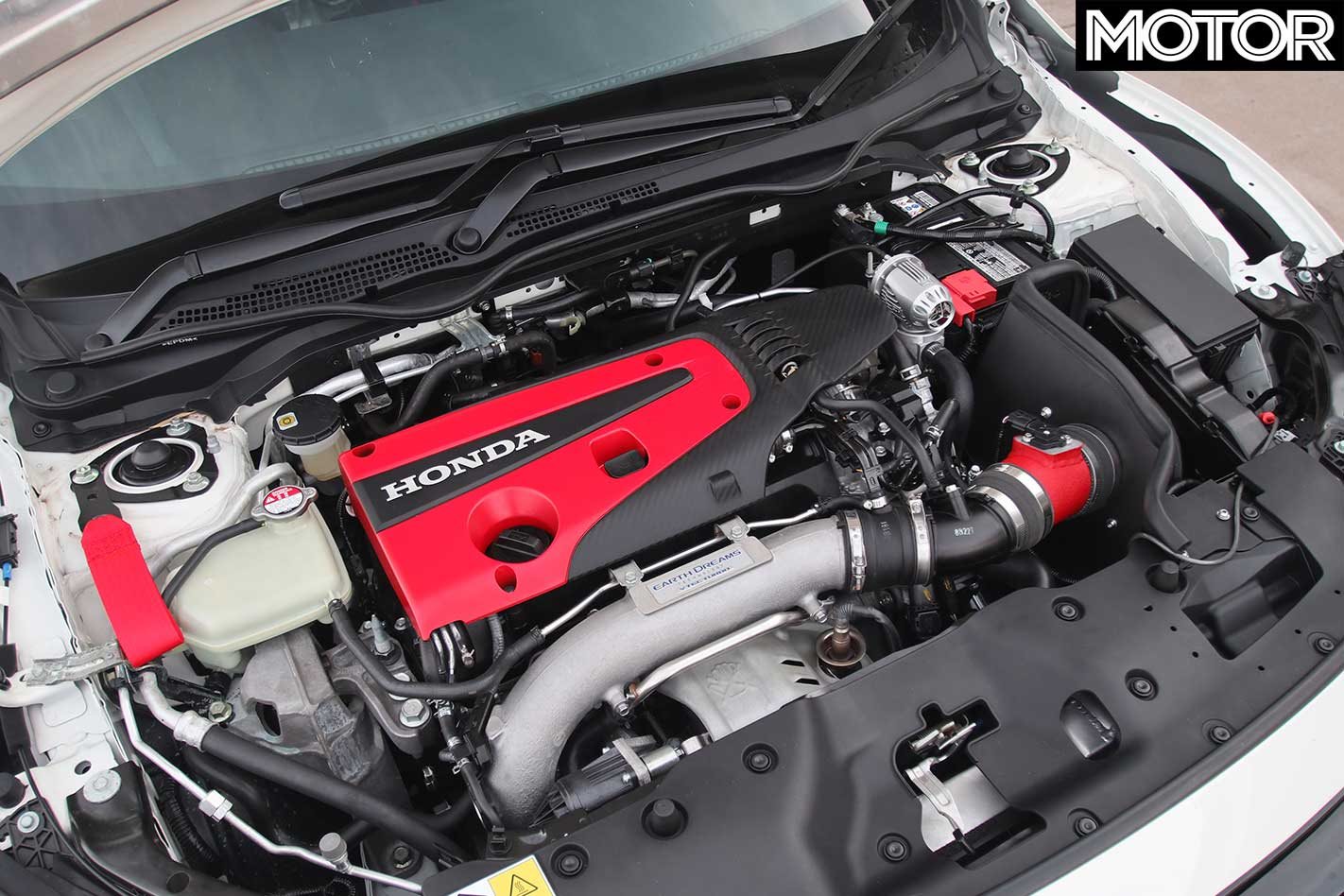 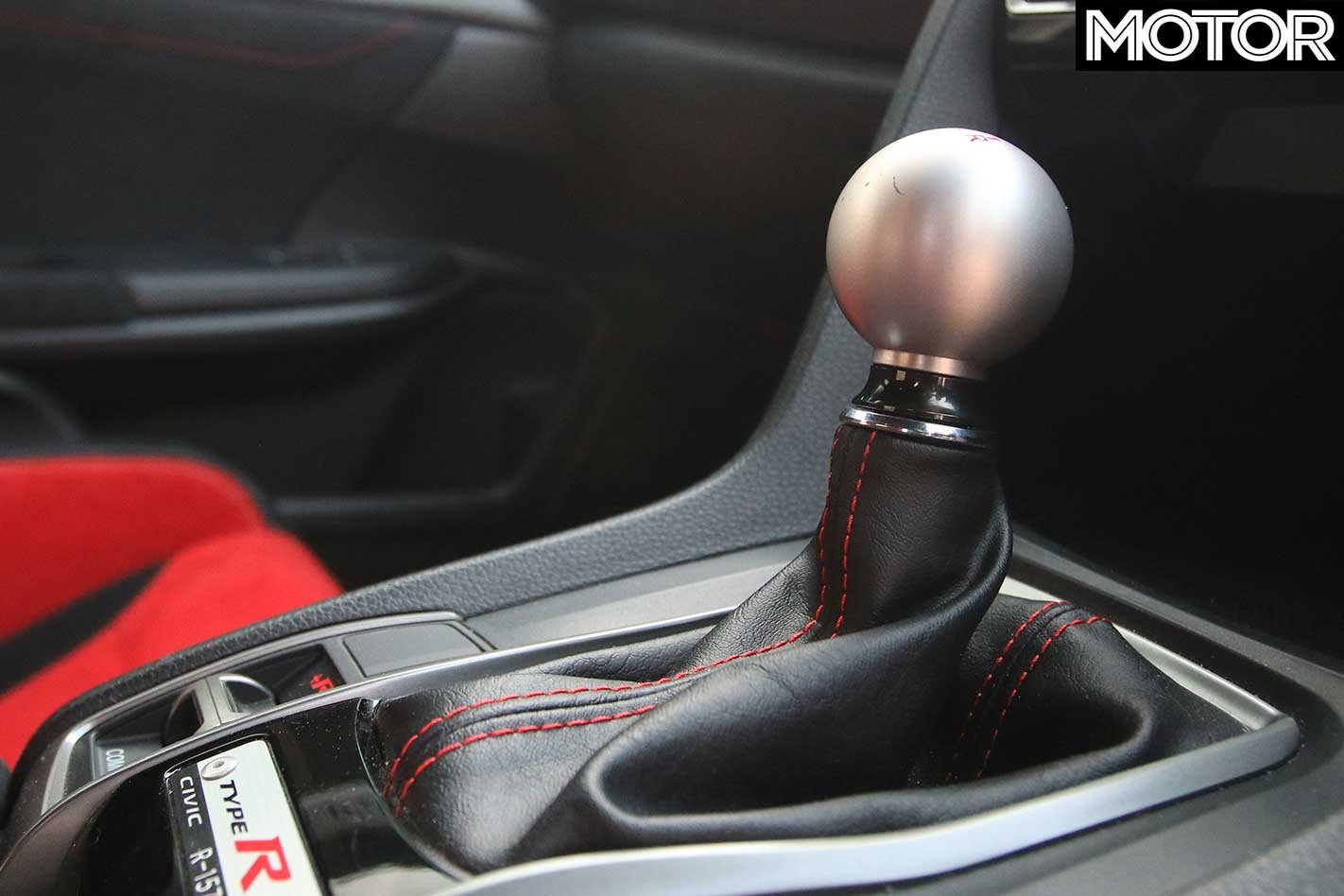 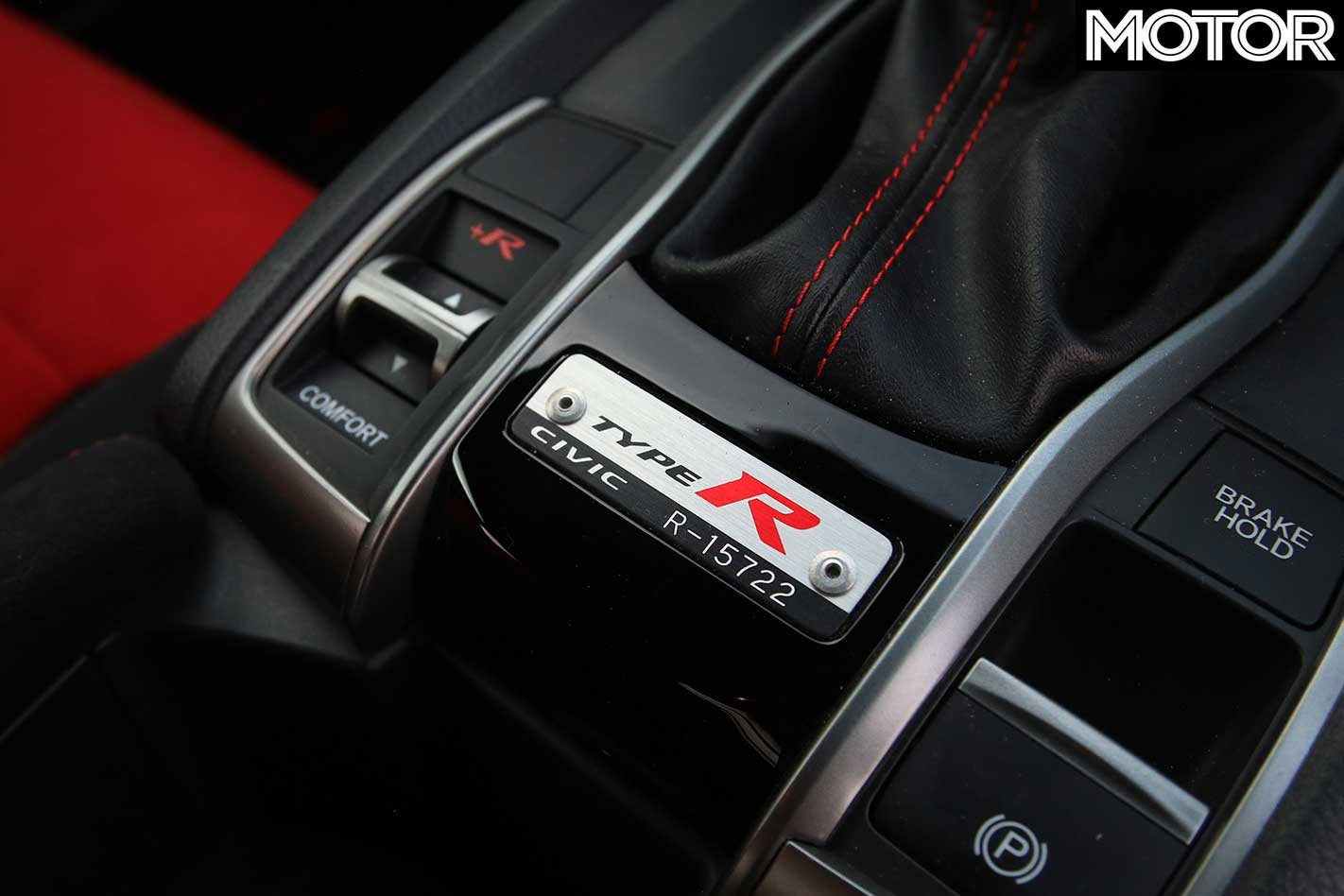 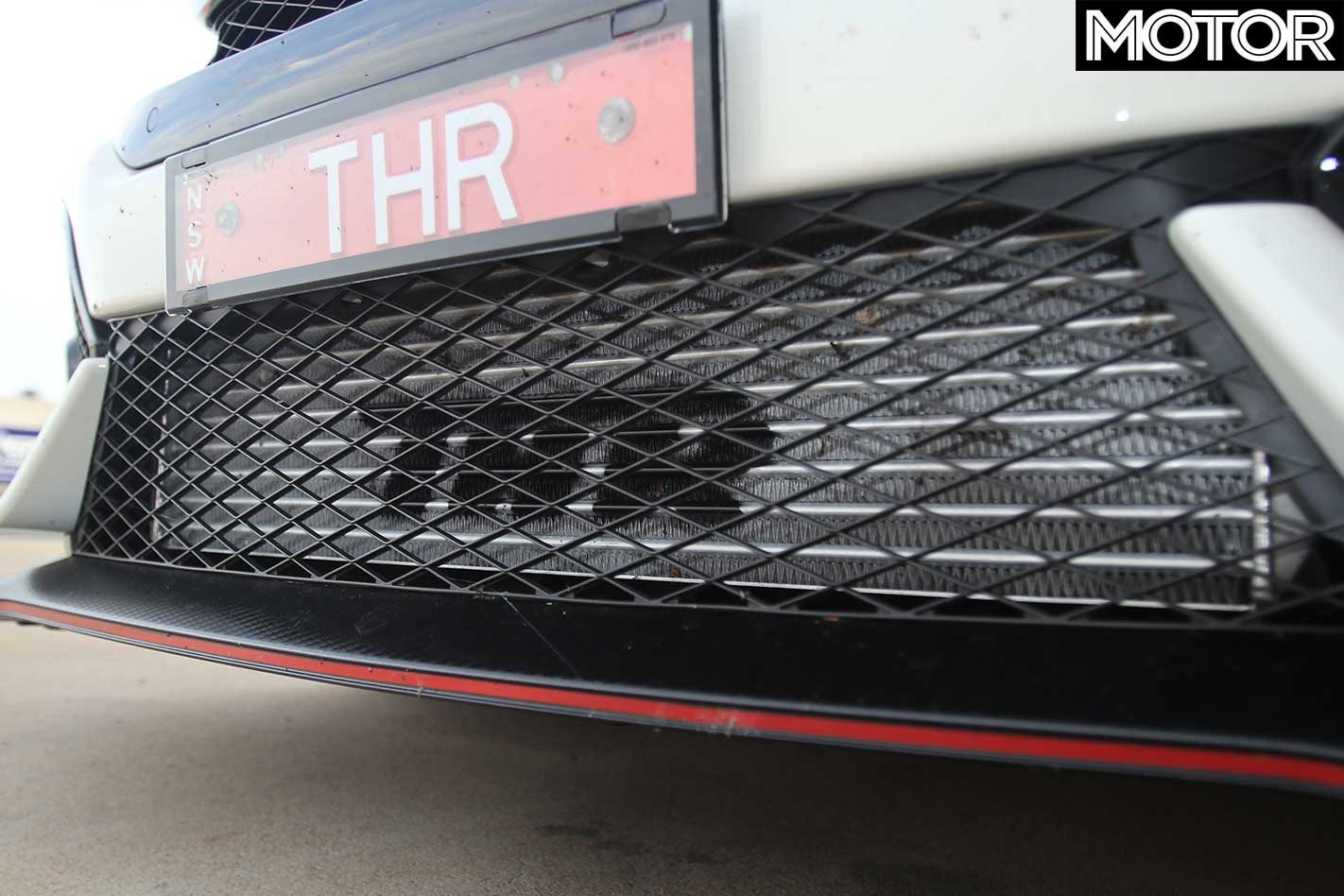 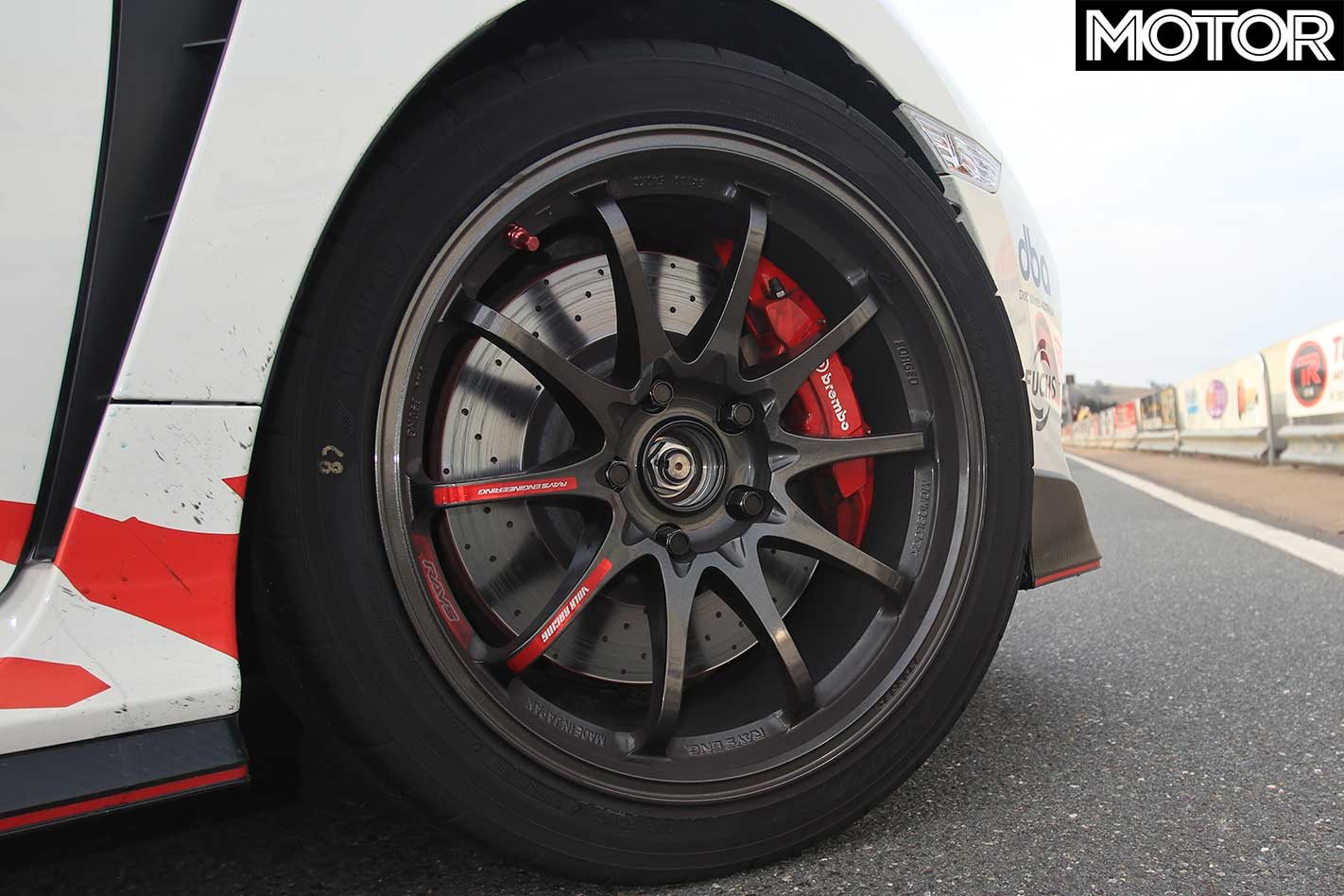 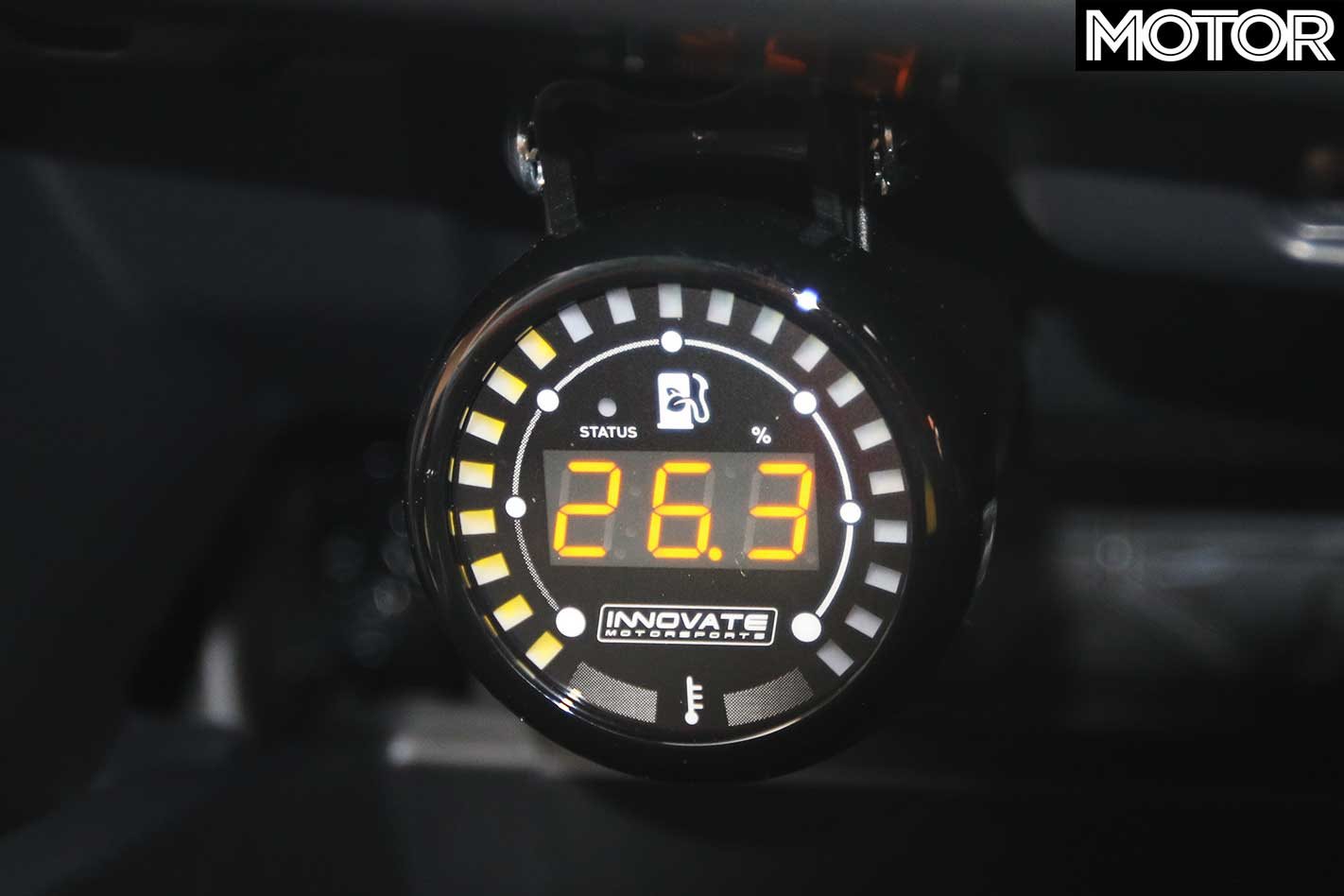