Car buyer's guide – is now the best time to buy a medium car?

Mid-sized cars missed out on the buyer exodus from large cars, with Australians swarming instead to either small cars or SUVs. But they remain a solid segment locally, and contain some household names.

Three of these are also the biggest-selling models in the medium-car class: the Toyota Camry, Mazda 6 and Subaru Liberty.

Here, WhichCar provides a guide to any changes planned or expected for these models – to help you pick the perfect timing for buying one.

The current Camry continues to be unassailable in the medium-car sales chart but will be the last produced in Australia. When Toyota Australia ceases local manufacturing at the end of 2017, the Toyota Camry will transition to an eighth-generation model that will be imported from 2018.

Toyota may send off the locally built Camry with special editions or special deals in 2017, though don’t expect any significant changes after the model underwent a major makeover in mid-2015.

Significantly new sheetmetal was draped over the architecture that was introduced in late 2011, an interior upgrade included the addition of a new touchscreen and the Toyota Link internet-app system, and pricing was sharpened.

The Atara SX model was even given a unique local suspension tune, 18-inch alloy wheels, and sharper steering. 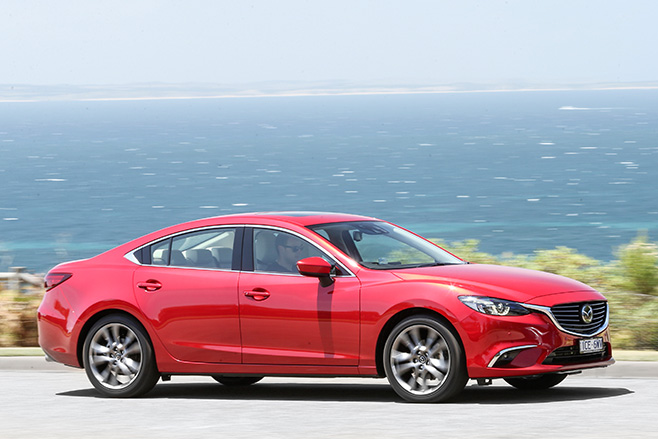 Three generations of Mazda’s mid-sizer have been divided by between five and six years, so the fourth all-new 6 could conceivably appear in late 2017.

What is certain is that the current Mazda 6 will get its second update of 2016 in September.

After a safety pack – comprising autonomous emergency braking, blind spot monitoring and rear cross traffic alert – was added as standard to all models, expect more value and tech to arrive.

Mazda’s G-Vectoring Control system, which can step in and reduce the engine’s revs to improve the car’s cornering balance, will be one of the headline additions.

The Driver Attention Alert that detects if you’re becoming tired, and Traffic Sign Recognition system that can read speed signs and alert the driver have just been added to the SP25 variants of the Mazda 3 small car would also be expected to be made available on at least some versions of the revised 6. 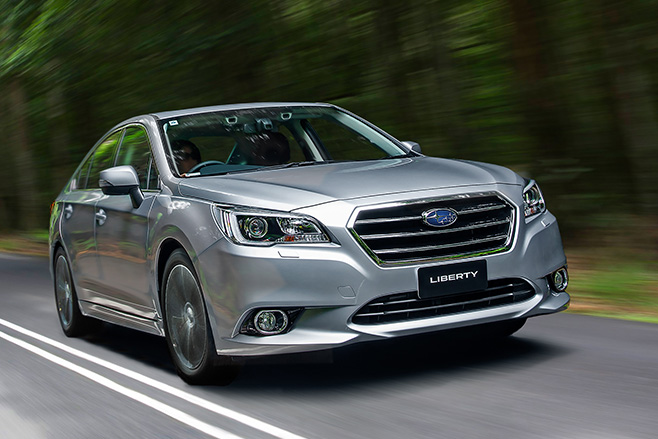 Active safety technology is clearly all the rage in the mid-size segment for 2016. In February, Subaru added a new Vision Assist pack as standard to its 2.0i Premium and 3.6R Premium Liberty models. It includes blind spot detection, lane change assist that warns of a car in your blind spot, automatic high-beam dipping and a rear cross-traffic alert that stops you backing out of a parking space into oncoming traffic.

All Liberty models also gained auto hazard-lights function for emergency braking situations, as well as reducing the amount of noise transferred from the road to the cabin via suspension tweaks.

The sixth-generation Liberty was released in late 2014 – five years after the fifth iteration – so an all-new replacement isn’t anticipated until the very end of the decade.

There are no imminent changes coming for the Liberty. A mid-life update is likely in late 2017 or early 2018.