A survey of 1000 drivers, commissioned by Ford Australia, found that 95.5 percent of respondents were unaware of the ‘Dutch Reach’, which is designed to prevent dooring – when a car door is opened in front of a cyclist.

Dooring is a serious road-safety issue, with most accidents occurring in inner-city areas. In Melbourne alone there were 771 reported doorings involving cyclists between July 2011 and June 2016, resulting in two fatalities. 177 were serious injuries.

Meanwhile, about a third of drivers surveyed said they were not aware of road laws such as the “one-metre rule”, where drivers must leave a metre distance between their vehicle and cyclists on urban streets (at 60 km/h or less).

MOREHow to drive around cyclists

As well, more than half of drivers (53 percent) said they are not confident sharing the road with cyclists, while not surprisingly, 68 percent of cyclists admitted to being concerned every time a vehicle passed them while on the road.

Named for its origin in one of the world’s most cyclist-friendly nations, the Dutch Reach is a simple technique designed to open a car door in a way that allows you to spot a cyclist coming approaching the side.

All you have to do is open the car door using the hand that’s furthest from the door.

If you’re getting out the driver’s side use your left hand so your body and head naturally rotates towards the door, giving you an extra chance to check whether cyclists are coming.

Hints to remember using the Dutch Reach, or to look out for cyclists before getting out of the car, include tying a ribbon or placing a sticker on the door latch, and practicing the move to commit it to muscle memory.

Unlike the Dutch Reach, which is advisory initiative, maintaining a 1.0-metre space between your car and a cyclist is a road rule that can be enforced through fines and demerit points.

The rule requires all drivers and motorcyclists to leave at least a metre between their motor vehicle and a bicycle rider when passing a bicycle rider on a road with a speed limit 60km/h and below.

A distance of 1.5 metres must be maintained on roads with speed limit above 60km/h.

If drivers or motorcyclists cannot pass the bicycle rider safely, they should slow down and wait until the next safe opportunity to do so.

MOREHow to find your blind spot

To allow drivers the minimum distance required, some exemptions to the road rules apply, such as being allowed to cross centre lines when completing the manoeuvre. These exemptions only apply if the driver has a clear view of any approaching traffic and it is safe to pass the bicycle rider.

In the Netherlands, the Dutch Reach forms part of driving tests and is even taught to school children, and some organisations in Australia are working hard to ensure it and other bicycle safety rules and techniques become second nature here.

“A major challenge is that useful and practical skills (to protect cyclists) have not been included in driver training for generations of drivers on our roads,” said Dr Marilyn Johnson, acting CEO the Amy Gillett Foundation. 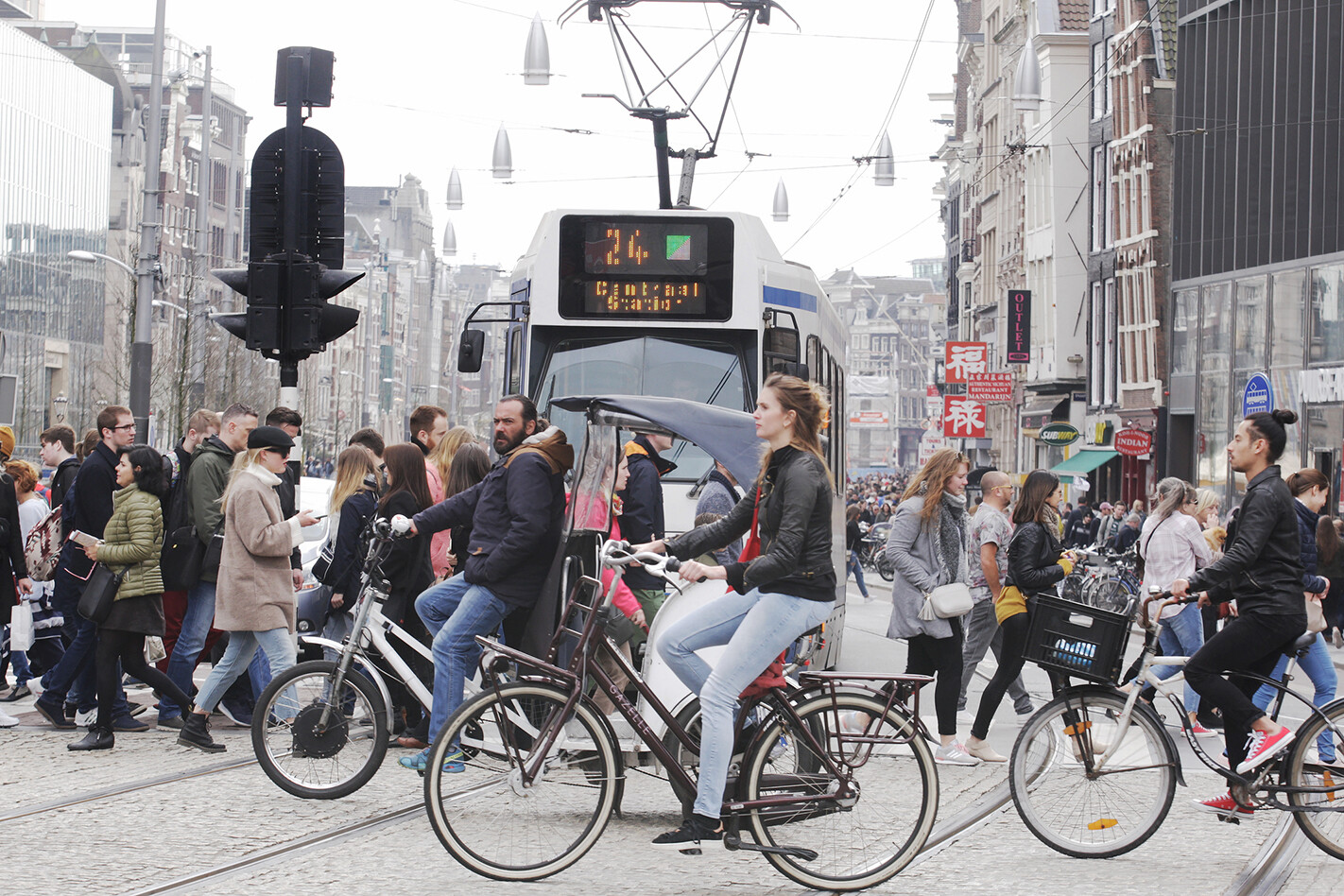 Australia can learn a lot from the Netherlands when it comes to bicycle-friendly roads.

“We need to help people learn ways to share our roads so that everyone can be safe riding a bike and improve the way we move, especially around our cities.”

The Foundation has teamed up with Ford Australia which is making cyclist safety a key theme of its 2019 Driving Skills For Life (DSFL) courses for new and young drivers held New South Wales, South Australia and Victoria.

MOREPedestrians, you're doing it wrong

“We know from our research that many drivers don’t feel confident driving around cyclists, and that many cyclists are nervous being on the road with vehicles. That’s why it’s so important to include a driver-cyclist safety component in DSFL this year.

This year the DSFL will combine hands-on cycling virtual reality simulations and tests the limits with ABS and Stability Control in a controlled environment.

Driving Skills for Life is a free course funded by Ford and provided by professional driving instructors.