Honda HR-V vs Mazda CX-3 vs Mitsubishi ASX: Which small SUV should I buy?

If you’re planning to buy one of the three best-selling compact SUVs, here’s WhichCar’s quick guide to the pros and cons of each model.

There’s a huge spurt in the sales growth of small SUVs, as an increasing number of manufacturers combine the convenient size of a city car with the popular elevated-seating position.

From just a handful of compact SUVs available only a few years ago, there are now more than 25 examples of this vehicle type – forcing the creation of its own official segment in industry VFACTs reports.

The most popular models in this segment are the Mazda CX-3, Mitsubishi ASX and Honda HR-V and if you’re in the market for a small SUV, this guide to their good, and perhaps not-so-good, points. 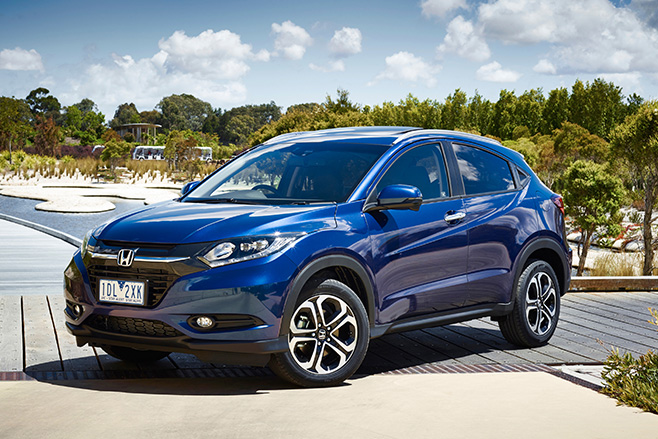 Honda revived its HR-V badge in 2015 for what is the most versatile compact SUV in its segment. Key to the model’s impressive practicality is its clever, multi-fold rear-seat set-up that presents numerous options for fitting variously-sized cargo, as well as people.

With a relatively large boot as well for this class, the HR-V is a genuine family car.

The cabin is well presented overall, and alloy wheels and a reverse-view camera are standard on all models. The main disappointments inside are the slightly flat front seats, and the flimsy, spandex-like cargo cover.

Most key rivals offer a choice of engines, though for now there’s just a single (1.8-litre) petrol engine powering the HR-V. In tandem with a continuously variable transmission (CVT auto), it’s not especially responsive and offers only average performance and efficiency yet still makes this Honda easy to drive.

A 1.6-litre turbo diesel could become available in the not too distant future.

The HR-V offers a comfortable ride and light steering, even if a more dynamic driving experience can be found elsewhere, particularly with the Mazda CX-3 also featured in this comparison.

There’s no all-wheel-drive variant, either, so the HR-V can’t match the capability of its rivals here to cover more slippery surfaces such as gravel tracks. 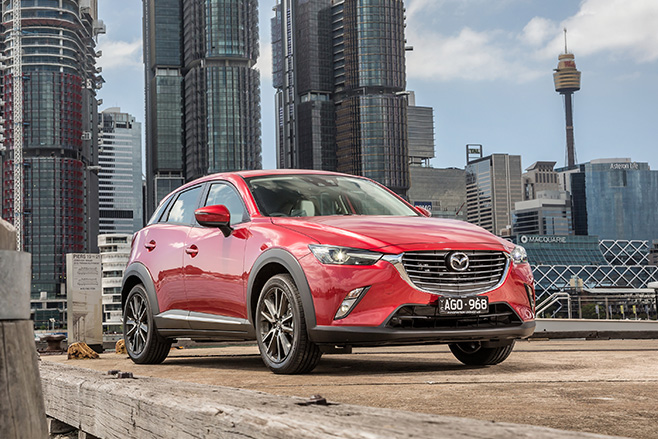 The CX-3 sets the class benchmark for handling, making it a must-test compact SUV for keen drivers. Pick the all-wheel-drive variant over the standard front-wheel-drive model, however, for the crispest steering.

There are two good engine offerings in the 2.0-litre petrol and 1.5-litre turbo diesel, with the former delivering the liveliest (if also noisiest) performance and the latter extending the kilometres you can cover before having to fill up again at the petrol station.

Like its bigger brother, the CX-5, it provides excellent seat comfort and support.

There’s a smart-looking cabin shared with the Mazda 2 on which it is based, and it gets better the further you climb up the trim-grade ladder with additional leather and features.

A $1030 Safety Pack (standard on the most-expensive variant, the AWD Akari) brings rare-for-the-segment active safety aids including autonomous emergency braking, blind spot detection and a system that warns of approaching hazards when reversing out of spaces.

Mazda could be more generous with its base model – the Neo. It lacks both the alloy wheels and reverse-view camera of the entry-level HR-V and ASX, though it’s also priced far more sharply – from $19,990 whereas the Honda and Mitsubishi start from $24,990.

The Mazda is less practical than either of its two rivals here, however. Prams struggle to fit into the small boot, and rear-seat space, while not terrible, is more limited in comparison. 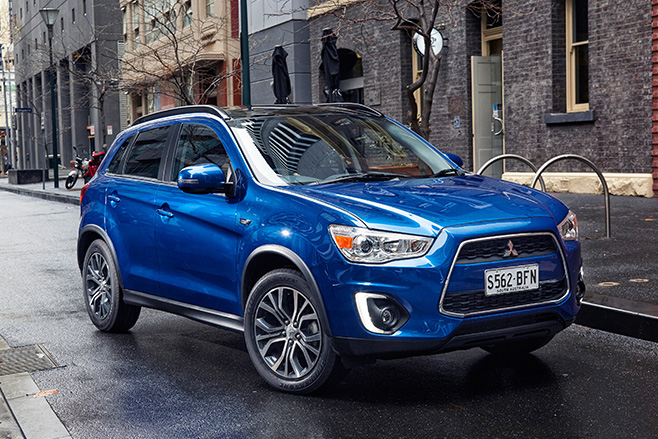 Mitsubishi’s ASX is the oldest model here by some margin yet remains hugely popular – the brand’s biggest-selling model among its passenger car and SUV offerings (and No.2 overall to the Triton ute).

Its appeal is obvious just on paper with the longest warranty here – five years, rather than three – and regular sharp driveaway deals.

While its official $24,990 starting price is higher-than-average, even the base model LS is generously equipped with inclusions such as 18-inch alloy wheels; LED daytime running lights; digital radio; rear air vents; and leather for the steering wheel, gearlever and handbrake.

The ASX also joins the HR-V in offering above-the-norm room inside, including a spacious rear seat and a usefully wide boot. The interior presentation and perception of quality just shows the vehicle’s age when compared with the CX-3 and HR-V interiors.

The ASX is sufficiently composed and grippy on the open road to give the driver confidence, while the suspension copes well with Australia’s patchy country roads. The steering can be jolted by mid-corner bumps, though, and tyre noise can become intrusive at higher speeds.

Buyers have a choice of 2.2-litre turbo diesel or 2.0-litre petrol engines. The petrol takes a bit of time to build up to speed and its fuel economy isn’t helped by a manual gearbox with just five gears (though a CVT auto is optional). The diesel is the pick for pulling power – it has 360Nm of torque compared with the petrol’s 197Nm – and fuel efficiency (5.8 litres per 100km).