We've crunched all the data so you don't have to. Here's our definitive guide to Australia's best-value cars

CAR FINANCE ADVICE
Few new cars are bought outright; here, it’s finance rather than cash that’s king. A car loan is a type of personal loan specifically for the purchase of a car, with a loan term that can range from 12 months to five years. A typical balloon payment is 30 percent – the amount left owing at the end of the finance period. Interest rates can be fixed or variable. The former, fixed for the term of the loan, means set repayments, but a termination fee may be charged for early payout. As well as comparing interest rates, make sure you compare loan establishment fees and service fees; some institutions don’t charge them, while others charge as much as five percent. Fees can eat up any perceived saving in interest rate, so it pays to be thorough when doing your research.

One way to save a buck is to make repayments fortnightly rather than monthly – it changes the way interest is accrued and can reduce both total outlay and the loan term. Secured loans – the car can be repossessed if you fail to meet repayments – are cheaper than unsecured loans, but comprehensive insurance is usually a must; it’s generally a good idea anyway. Various factors come into play when working out how much you’ll pay, but it's your credit rating, or financial risk profile, that largely determines the interest rate. Using a mortgage redraw facility or a low-interest credit card can be good alternatives, but come with unique pros and cons.

FIXED-COST SERVICING
Market leader Toyota was the first with a capped-price service scheme in 2008, and many brands have followed. Dealerships make most of their money on parts and servicing (and finance and insurance) rather than selling the car. Capped schemes were developed to bring car buyers back for a routine service. Mitsubishi and Nissan offered capped-price schemes in 2010, then Ford and FPV in 2011, and Holden, HSV, Hyundai and Kia in 2012. Other brands have offered capped-price deals on certain models and at different times. A capped price doesn’t necessarily equal cheap. Some brands shorten service intervals or stop the scheme short of a major service, and prices from one brand to the next can vary wildly. Some are manufacturer subsidised – dealer service departments gain a rebate on each service – while others represent the true cost. Capped-price periods vary from brand to brand. Three years is common, but Ford offers a seven-year deal and Mazda offers its scheme for the life of the car. Subaru and Ford have backdated their capped-price schemes to apply to 2006 and 2007 models respectively.

Six-month service cost
Toyota Australia not only pioneered capped-price servicing, but is also among the cheapest. A Corolla, for example, costs just $130 per service for the first three years or 60,000km.

MAKE THE MOST OF YOUR RESALE
Money lost to depreciation is one of the biggest costs of new-car ownership, usually amounting to 30 to 50 percent of the car's price in the first three years. However, how you look after your car can have a large bearing on how much it’s worth when it comes time to sell. While pricing authority Redbook’s threeyear retained-value forecasts are great for comparing cars, it’s possible to do better – or worse – than the average figure. The number of kilometres you cover each year is a major contributing factor, but others such as condition and service history also play a big part. Ensuring servicing is done on time goes a long way to giving would-be buyers peace of mind. Mid and high-spec cars are more desirable on the used market, but obviously come at a premium over base models. Getting a good deal in the first place helps because official retained value figures are a percentage of the asnew price. Sell it yourself, too; a sharp sales blurb and great photos can go a long way to getting decent bucks back.

Used cars
Classic cars can be great buys, because they’re often free of depreciation. New cars are a money pit when you consider the value they shed straight out of the dealership, and in the initial years. However, classic (or just plain old) cars have done their depreciation at someone else’s expense. Buy a classic at the right time and you may even make money.

NAVIGATING THE SUV WILDERNESS
If the Sport Utility Vehicle (SUV) segment wasn't split into sub-segments, it would be the largest new-car class in Australia. Large SUV (11.7 percent of the market in 2014) is topped only by the small-car class (21.7 percent), while SUVs as a whole account for 31.2 percent of the local market. The compact and medium SUV segments have become more complicated in recent years, with widespread introduction of front-drive offerings, often as base models with smaller engines and a manual transmission option. Considering that consumers flocked to SUVs for their outdoorsy image and elevated seating position (which also makes kid-loading easier on your back), non-essentials being filtered out of this new breed of soft-roader is hardly an issue. With AWD underpinnings dropped, weight and transmission issues are reduced; a more economical four-cylinder can work in place of a turbo or V6. But for those who want to venture off the beaten track, a turbo-diesel part-time AWD (most compact and medium SUVs) or full-time 4WD (bigger SUVs/4x4s) still makes sense.

Wagons
Take two-wheel-drive SUVs to their logical conclusion by removing the high centre of gravity and you end up with a wagon. Okay, so they’re out of fashion, but given that today’s SUV looks more like an overgrown hatchback than a 4x4, we’re convinced the driving benefits more than outweigh the small stylistic and convenience sacrifices of a wagon.

LEASE OR BUY?
A traditional car loan combined with a rapidly depreciating asset can be a wealth hazard. On the other hand, leasing can be attractive to attractive to business owners and some employees because it can deliver big tax advantages. A lease is a contract under which you pay for the use of the car. When the term is up, you hand the car back, or buy it. A car lease can offer ease and simplicity by including running costs; you pay a monthly amount and let the lease company take care of it. In the case of a novated lease, the monthly payment, running costs and fringe benefits tax are paid out of an employee’s pre-tax salary, reducing taxable income. Employees can potentially choose the car and buy it at the end of the lease. For the self-employed, business vehicle costs, including lease payments, are tax deductible.

Negotiate first
It's possible to lose out when leasing if you don’t keep the vehicle purchase process and finance arrangements separate, at least initially. Sort the car deal first, then the money, because if you work back from a monthly figure, an inflated car purchase price may be quietly factored in.

This article was originally published in Wheels Magazine November 2014. 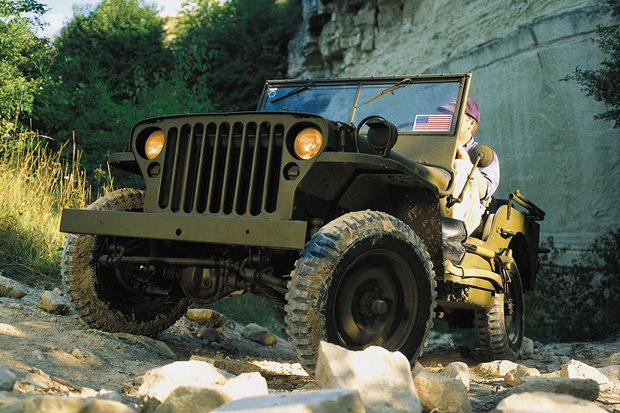 We asked you what you thought the best 4x4 of all time was and you answered the call. 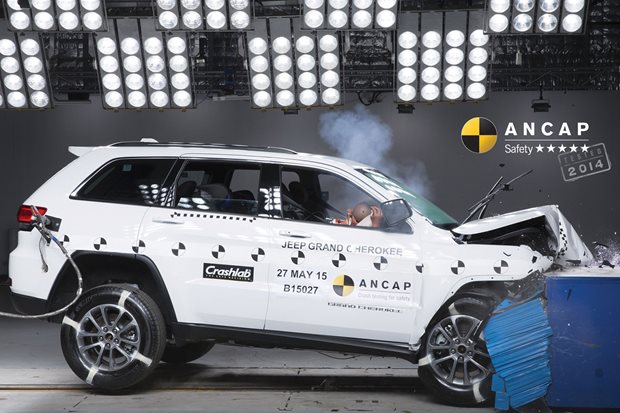 ANCAP has awarded the Grand Cherokee five stars after major improvements were made to its safety in offset frontal collisions.