The Mitsubishi ASX has undergone its third facelift to help it retain its place at the top of Australia’s vibrant small-SUV market. But while it has seen off a host of new competitors, has Mitsubishi’s value-packed crossover finally met its match in the brand-new Kia Seltos?

Australia’s top-selling small-SUV, the Mitsubishi ASX is popular for its spacious interior, comfortable ride and most of all, good value in terms of pricing and features.

Mitsubishi's contender in this comparison is the top-spec ASX Exceed, which retails for $32,990 with a fixed driveaway price of $35,740. 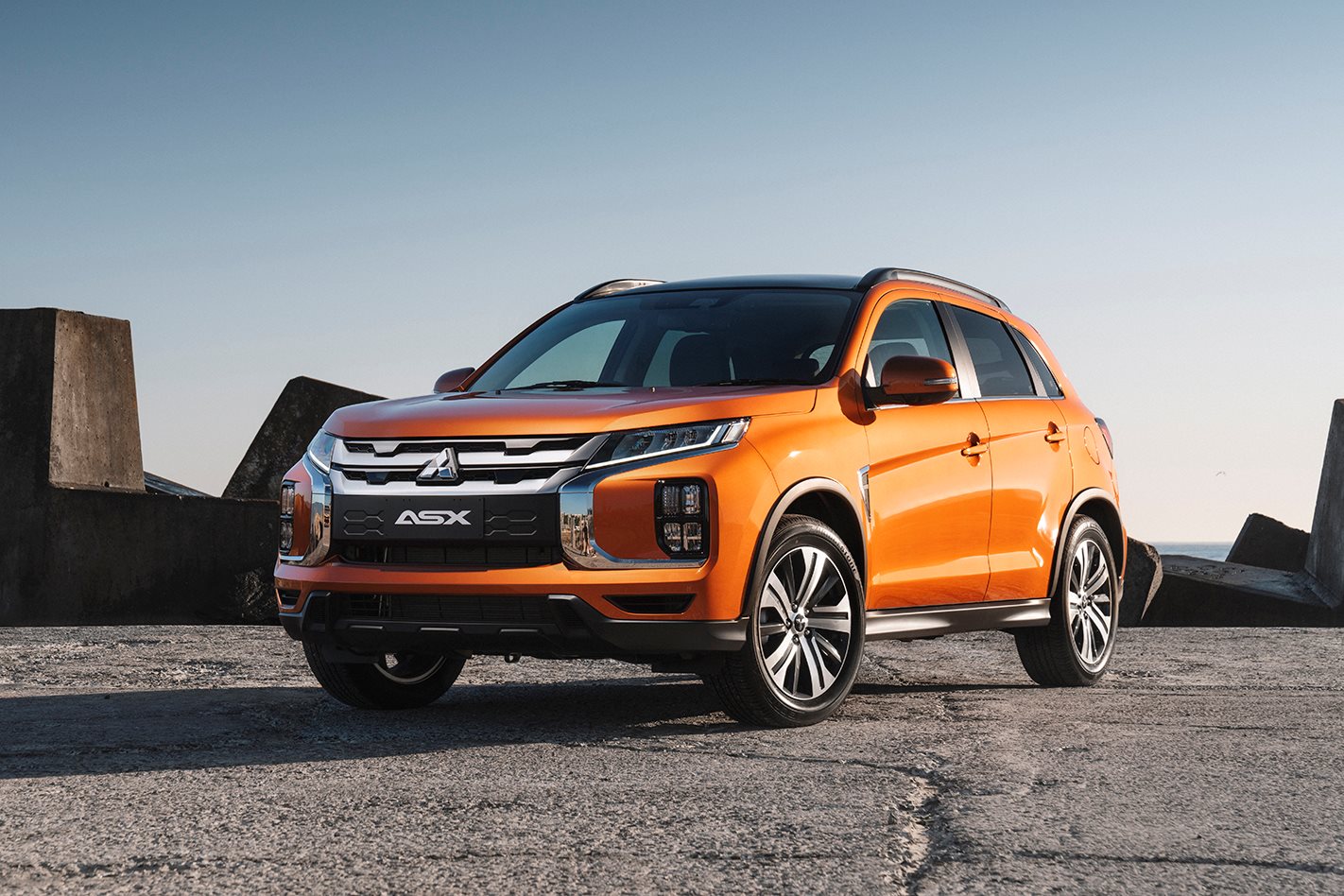 This is a well-equipped SUV for the price and it’s now powered by a strong 2.4-litre engine introduced as part of the 2020 facelift (its third since 2010) that also brings a revitalised exterior design, refreshed interior, and enhanced infotainment.

The all-new Kia Seltos arrived in October 2019 with a heap of features and four spec levels including the mid-spec Seltos Sport+ that’s similarly priced to the Mitsubishi ASX Exceed. 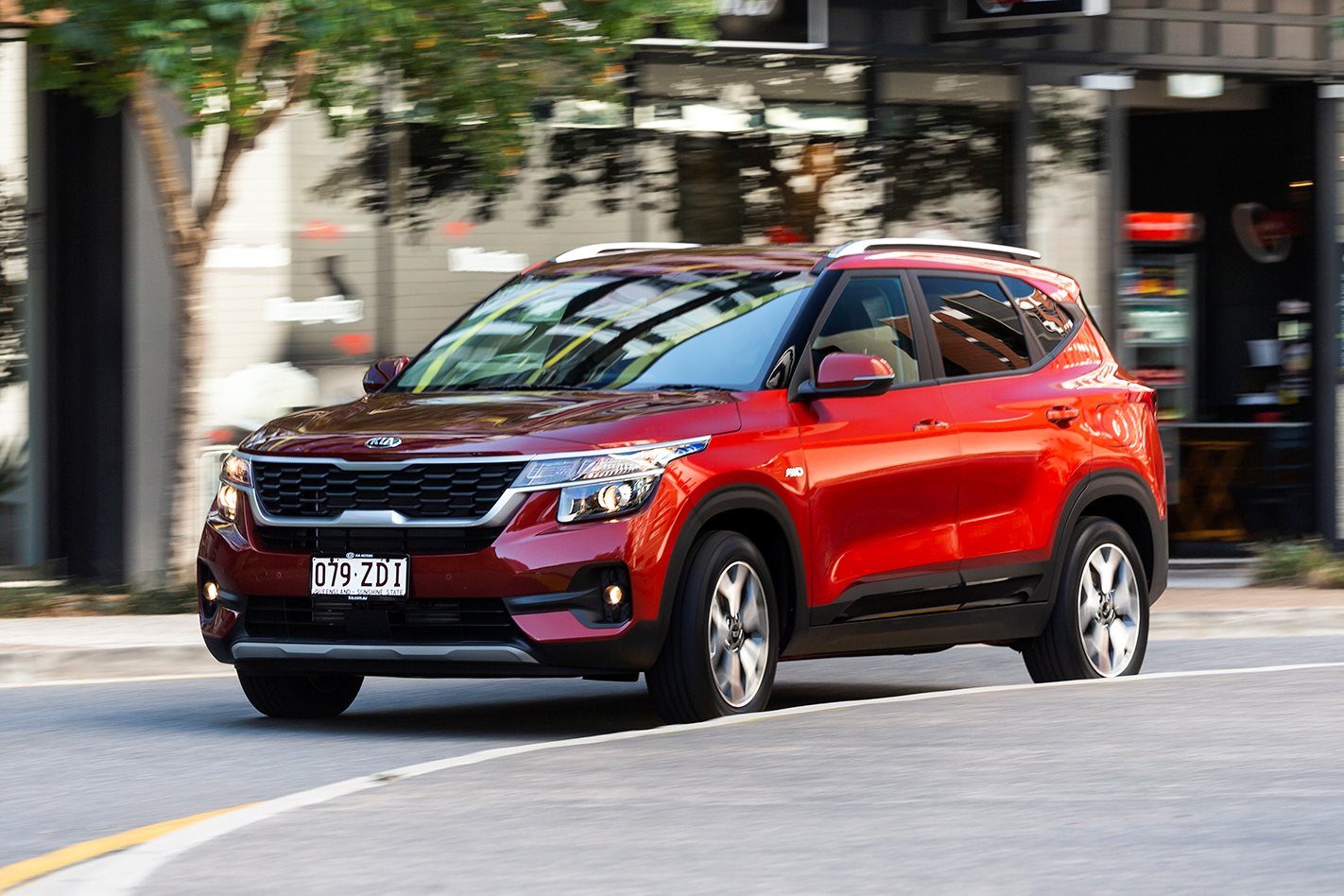 It’s powered by a 2.0-litre petrol engine and, like the ASX, has a continuously variable transmission (CVT) and front wheel drive. The Sport+ is also available with a 1.6-turbo with seven-speed dual-clutch auto and all-wheel-drive traction.

The Mitsubishi ASX is one of the roomier small SUVs, with good rear seat space that makes it big enough for family duties. It’s comfortable up front too though even the Exceed’s leather appointed seats could do with more under-thigh and lateral support. 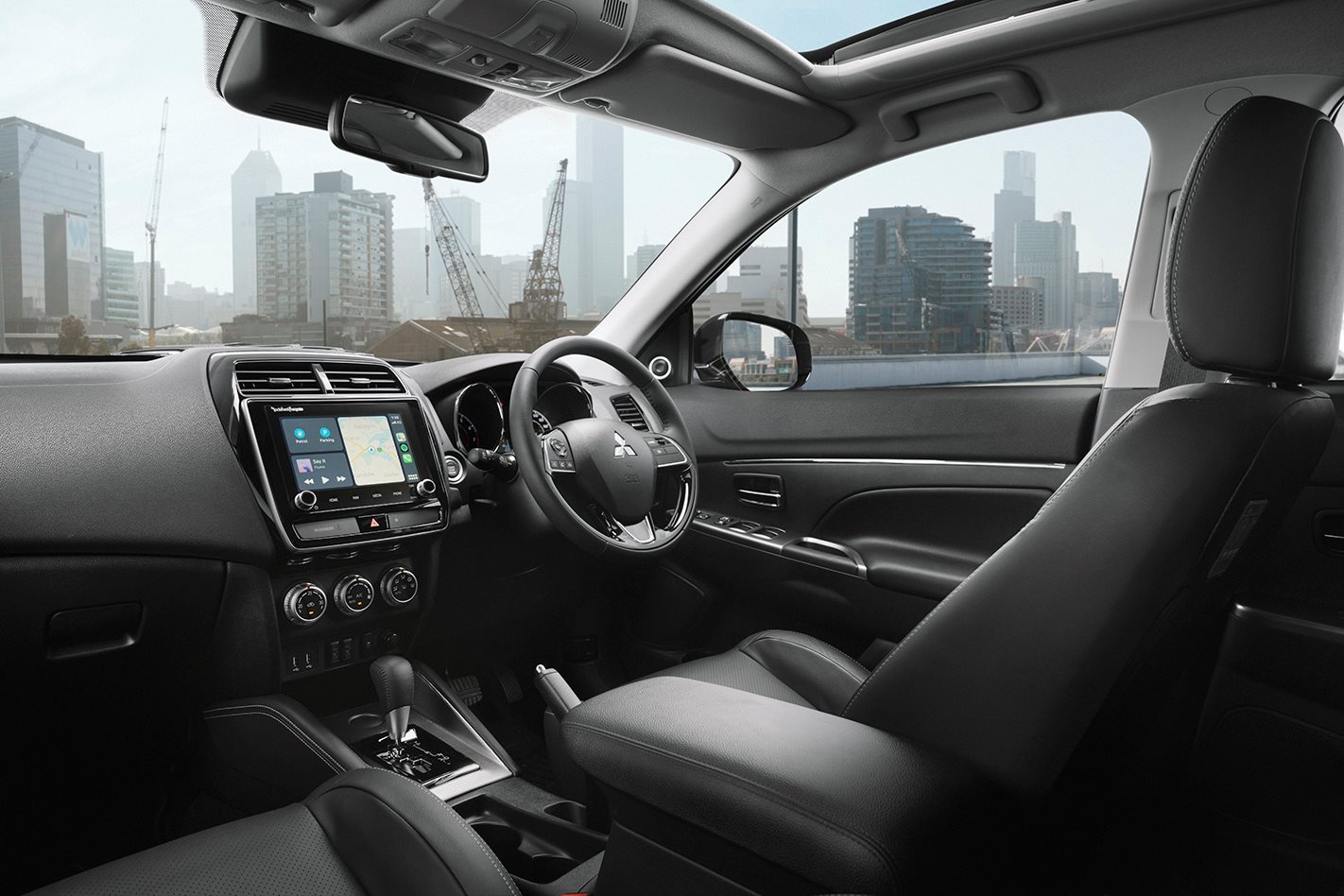 The 2020 ASX has a new dashboard layout with a fresh, clutter free, infotainment interface that includes a bigger 8.0-inch touchscreen (up from 7.0-inches) with Apple CarPlay and Android and digital radio (DAB+). The Exceed also gets in-built TomTom satellite navigation and a nine-speaker Rockford Fosgate premium sound system with an unexpectedly large sub-woofer mounted in the 393-litre boot.

The new dashboard layout has controls and displays intuitively laid out, though the gauge cluster could do with digital speedo. 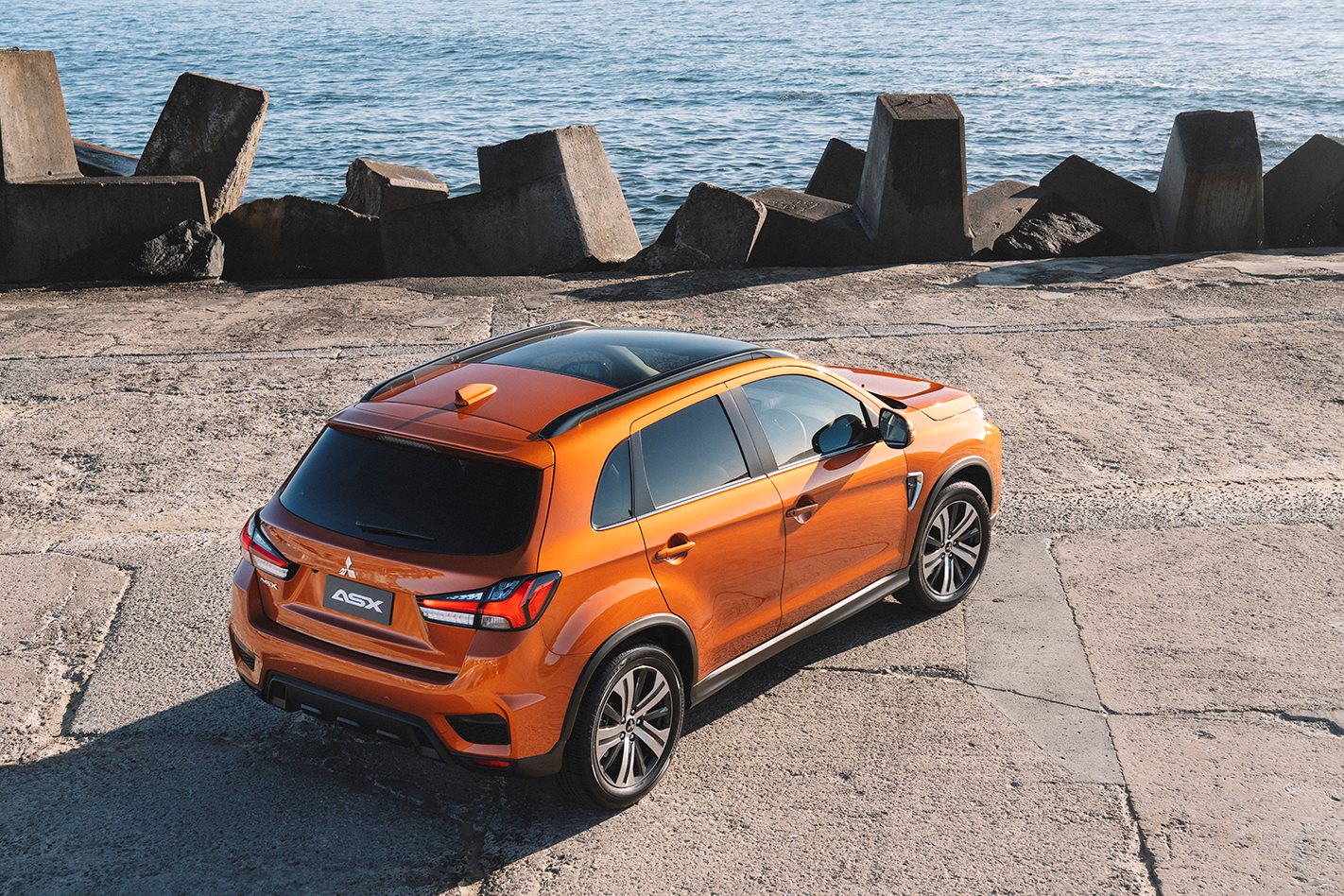 On the road, the ASX does a good job of soaking up bumps, though you do get some jarring through the 18-inch wheels at lower speeds. Wind noise is reasonably subdued even at higher speeds, however the road noise can get a little loud on coarser surfaces. 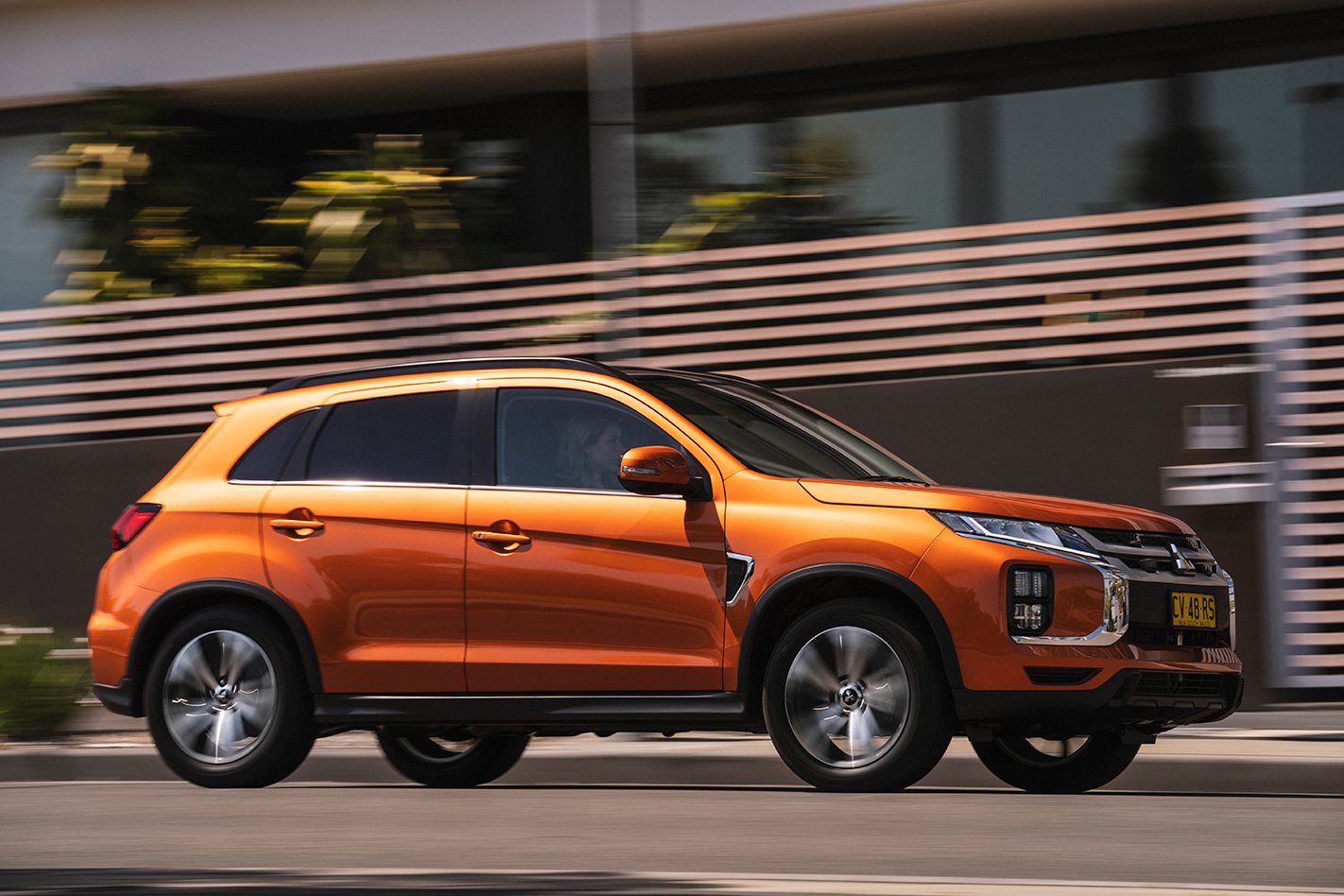 The Mitsubishi ASX comes with a five-year, 100,000km warranty and 15,000km service intervals. Each service is capped at $199 if you take your ASX to an authorised dealer service centre.

The Seltos is one of the more practical and comfortable small SUVs on the market with a 2630mm wheelbase that translates to generous 965mm rear legroom and a 433 litre boot that’s just a few litres shy of the class-leading Honda HR-V’s 438 litres.

The interior design is highlighted by a sleek dashboard layout dominated by a 10.25-inch floating infotainment screen with Android Auto/Apple CarPlay. 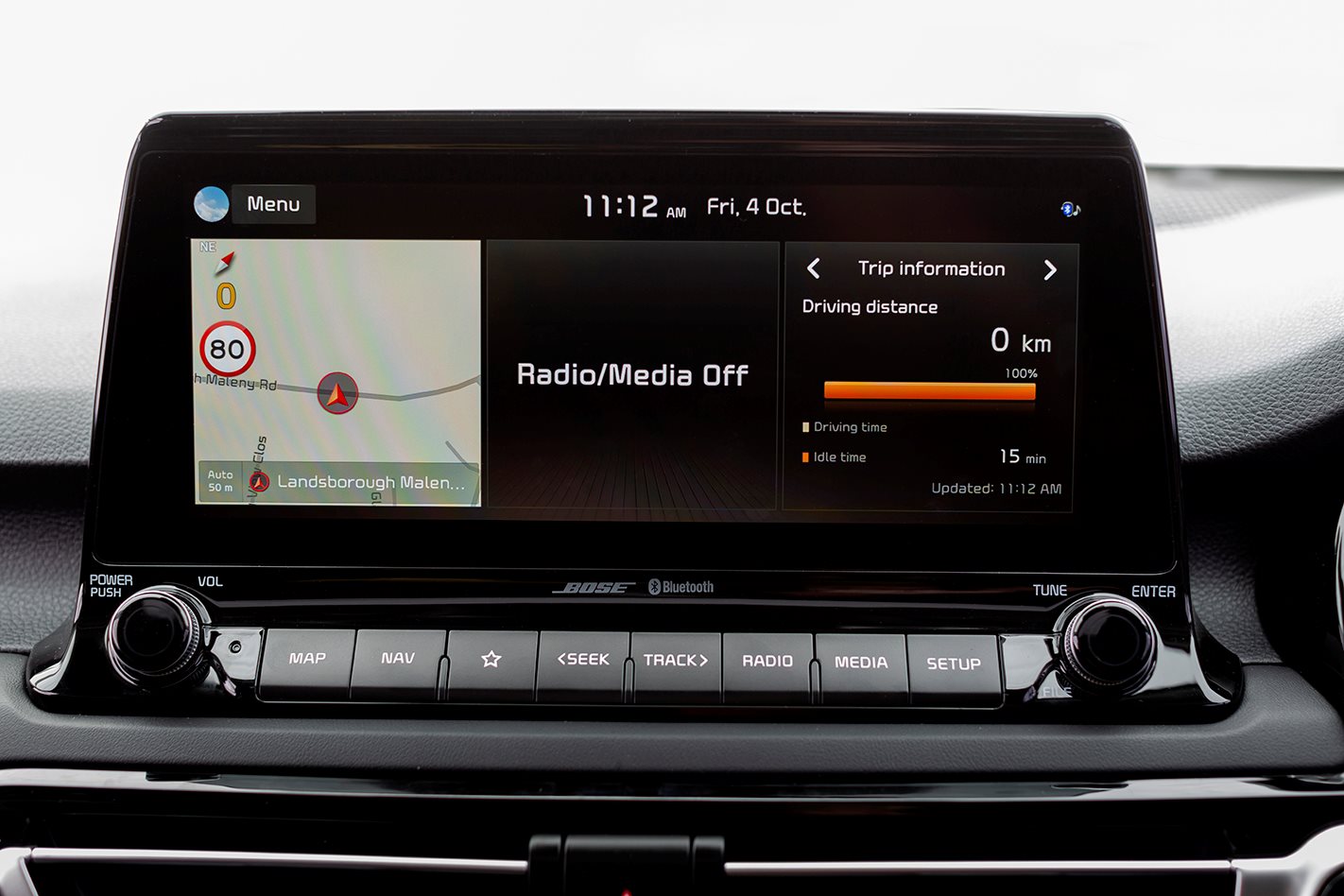 The user-friendly infotainment system allows for a split screen to view and operate different functions at once, and you can sync two phones via Bluetooth at the same time to receive calls through one and play music through another.

The premium-cloth front seats have good back support and the rear-seat backrests can recline slightly. The cabin is well isolated from road and wind noise. 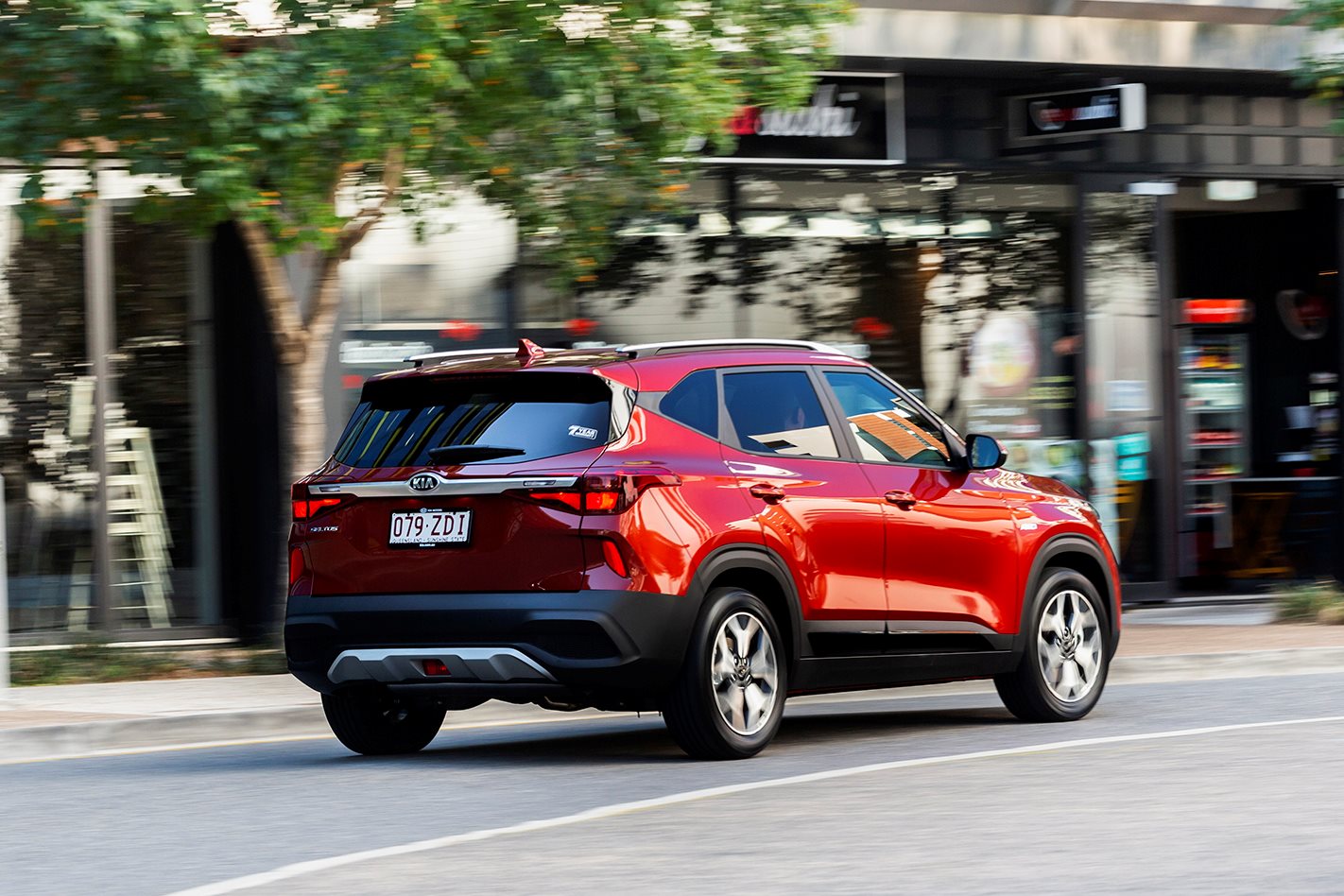 The mid-spec Seltos also gains smart key with push button start that lets you open it and drive away without getting your keys out of your pocket, heated side mirrors, LED Interior lights, auto-dimming rear-view mirror, and front and rear parking sensors.

This is the first Kia in Australia with a CVT. The company says this decision was driven by an American-led push for fuel economy and lowering of emissions. The Sport+ is indeed fuel efficient with an official combined 6.8L/100km.

The 2020 Mitsubishi ASX Exceed comes with a 2.4-litre four-cylinder petrol option that returns some pep to the range that was lost when the low-selling 2.2-litre turbodiesel was discontinued in 2018.

Taken from the now discontinued Lancer, it produces 123kW/222Nm, which is about 12 percent more power and torque than the ES and LS’ lacklustre 110kW/197Nm 2.0-litre that’s a bit underpowered for a small SUV. 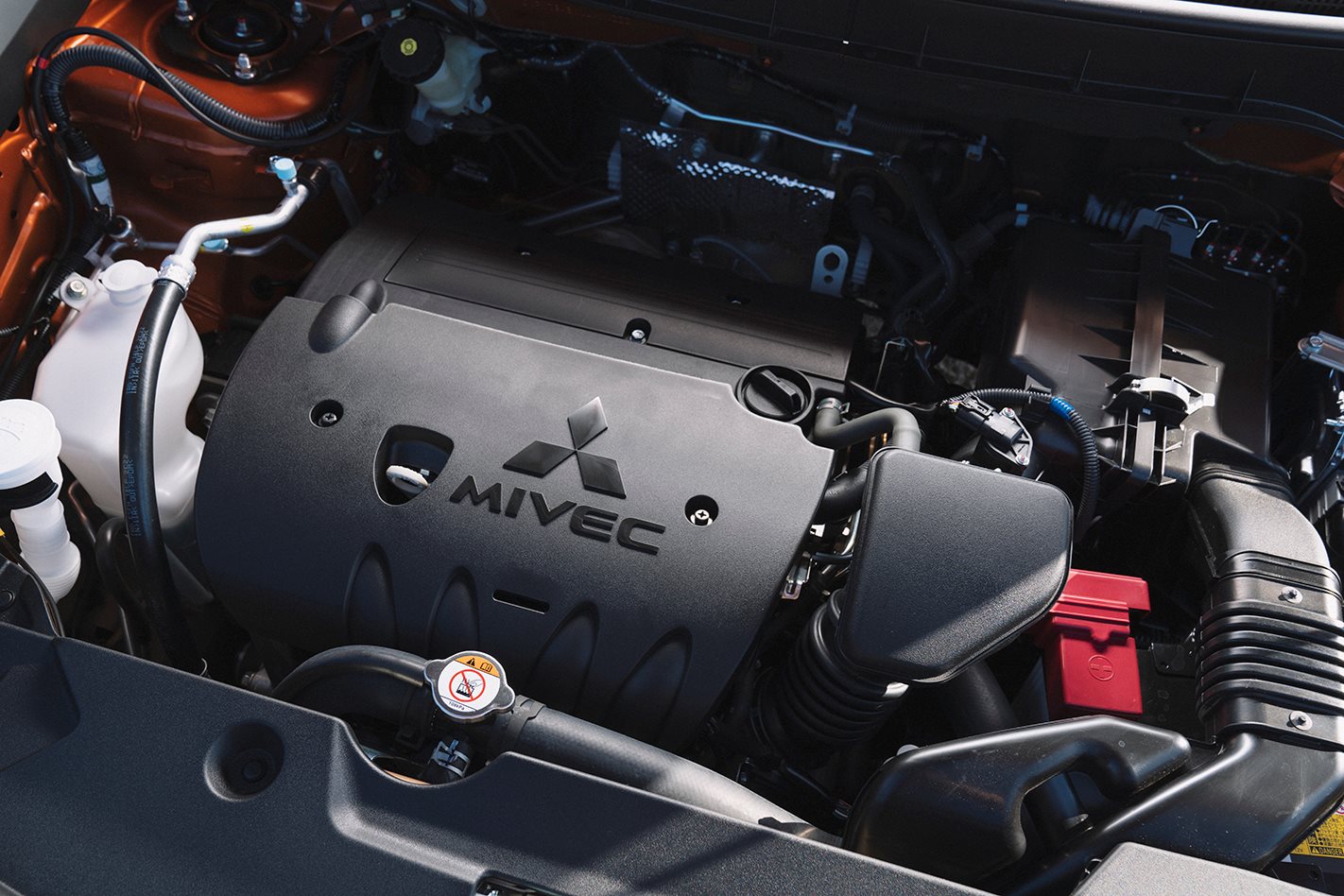 The extra shove is noticeable, as is the smoothness of the CVT auto that doesn’t have to work anywhere near as hard to reach and maintain freeway speeds.

With gradual throttle input the power delivery feels surprisingly seamless. Travelling at the 110km/h speed limit on the Pacific Freeway north of Byron Bay saw revs sit around a comfortable 1900rpm on level stretches, with the gearbox quickly adapting to hills and descents with little fuss with cruise control engaged.

Putting the foot down harder elicits the customary CVT scream but, with peak power at 6000rpm, it still takes a while before you run out of oomph. At lower speeds, the CVT has been programmed to feel more like a normal torque converter automatic, which makes for a smooth and quiet drive around town. 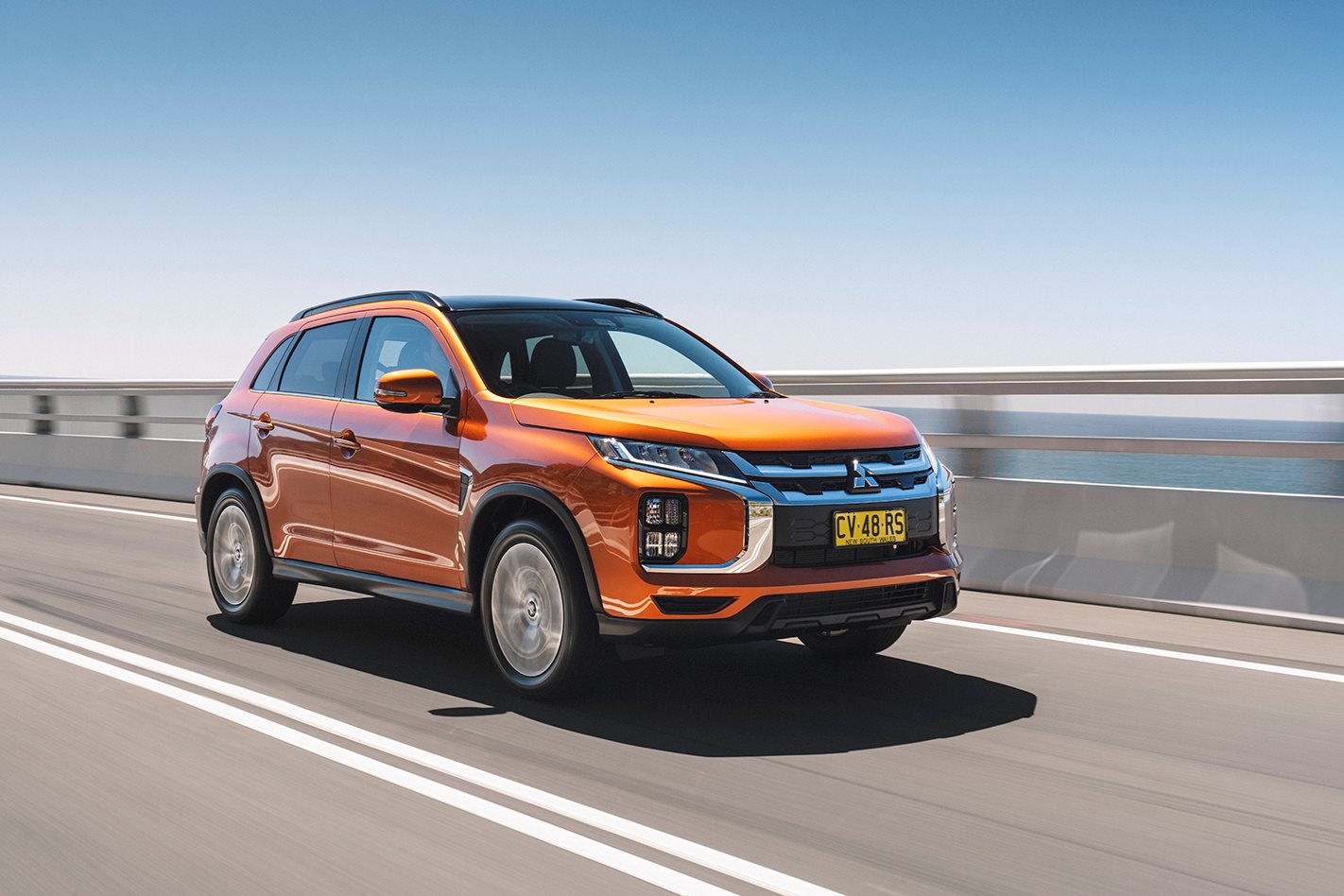 The change in driving dynamics the bigger engine brings doesn’t extend to handling. You still get that noticeable lean when cornering quickly, while the rear-end has trouble keeping up with the front wheels during quick changes direction, such as when negotiating S bends.

The Seltos’ 110kW/180Nm 2.0-litre petrol engine is very similar in size and output to the smaller 2.0-litre engine in the lower-spec ASX variants but doesn’t feel anywhere near as lethargic.

The CVT has to work a little hard when overtaking though and it can also feel unsettled when descending hills, but you’ll have no issues when driving around town. 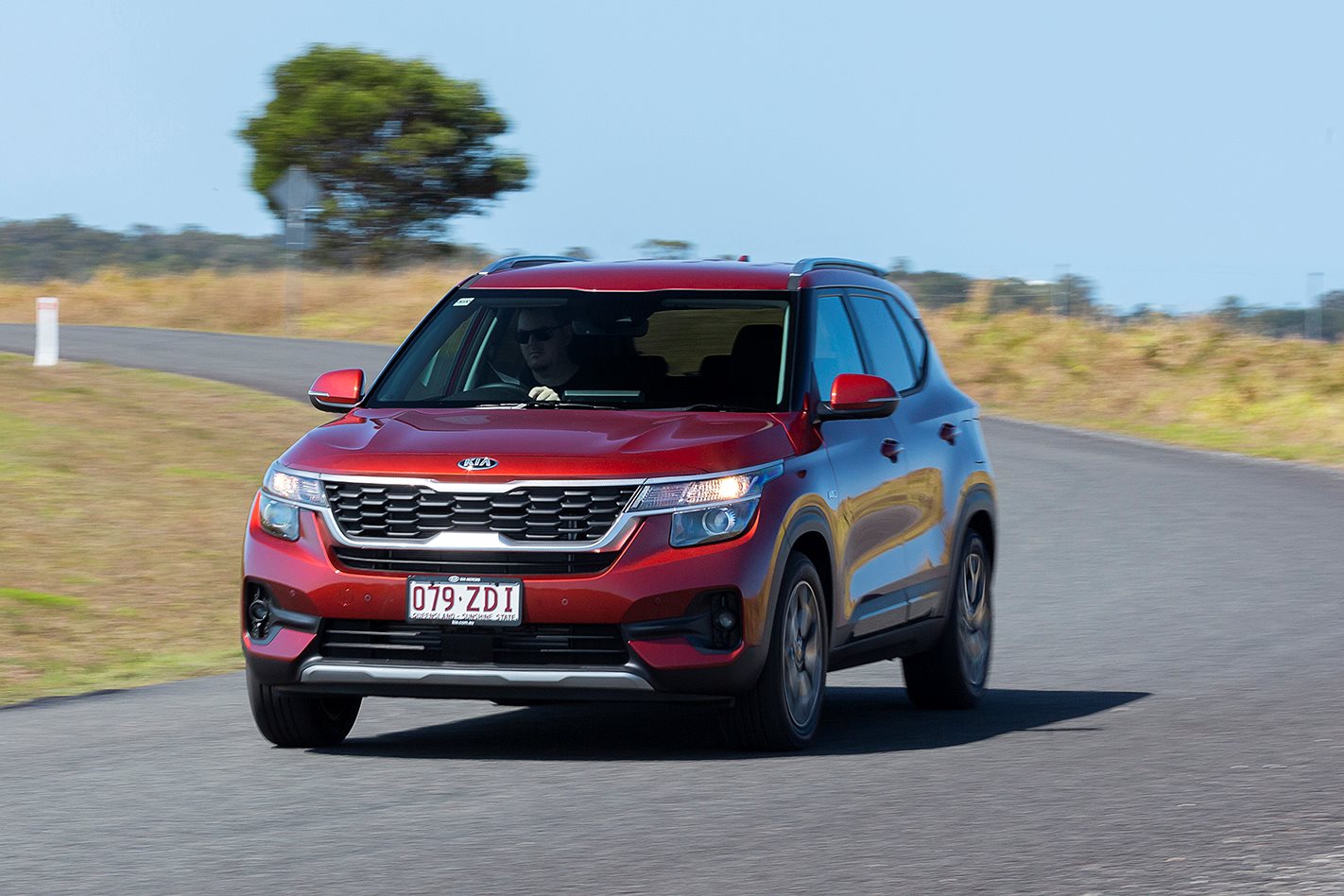 Like most Kia models, the Seltos has had its suspension re-tuned for harsh Aussie conditions. The theory is the Australianised product ensures a better ride on our tough, bumpy roads compared to the Korean versions which have a more floaty feel.

It absorbs the bumps well, with the 17-inch rubber absorbing road imperfections better than the bigger 18-inch wheels on the range-topping GT Line.

The electrically assisted power steering, which has also been set to suit local conditions, feels just right. It’s easy to steer but brings you a good sense of connection with the road, which is satisfying and inspires confidence.

The reason the ASX is Australia’s biggest selling SUV is because you get a lot of car for an affordable price. That’s why we recommend the ES with ADAS safety pack with a hatchback-rivalling $29,240 driveaway price.

Unfortunately, the ES isn’t available with the new 2.4-litre engine, which suddenly makes spending another $6500 on the Exceed more worthwhile, considering all the additional features it brings. 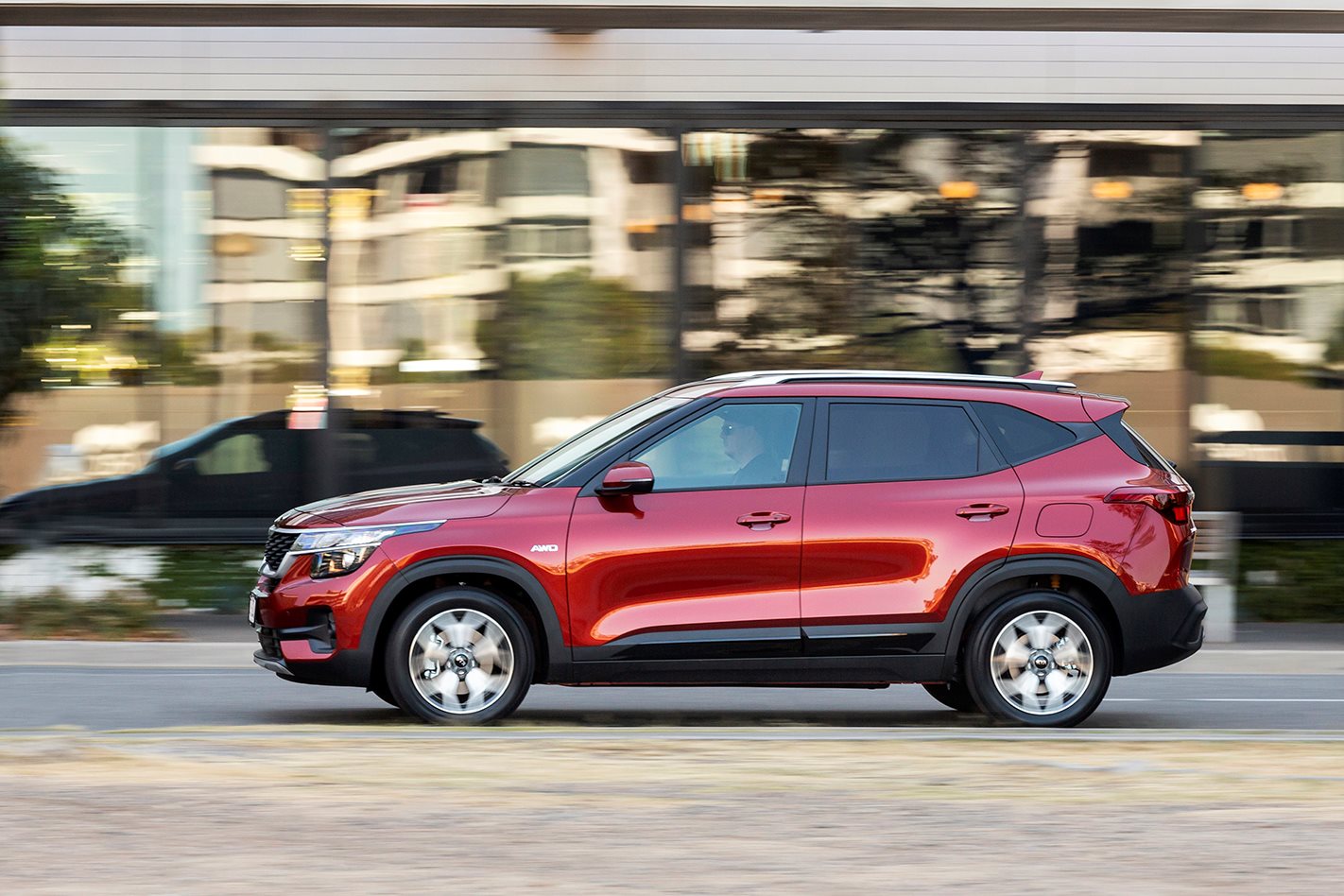 That said, the low-to-mid-$30k price range brings a lot more competition so if you’re buying the Exceed for the improved performance you may want to weight it up against some if its fresher competitors, not least he Kia Seltos Sport+.

This 2.0L FWD Seltos Sport+ sits in the sweet spot of the Seltos range, and while it misses out on the faux-leather heated seats, full LED lighting and panoramic sunroof (all available in the GT Line) it is superior to the ASX range topper in almost every way and isn't based on a 10-year-old design. And if you prefer more power and hatchback-like handling, you can opt for the 1.6-litre turbo AWD Sport+ priced at $36,490 driveaway. 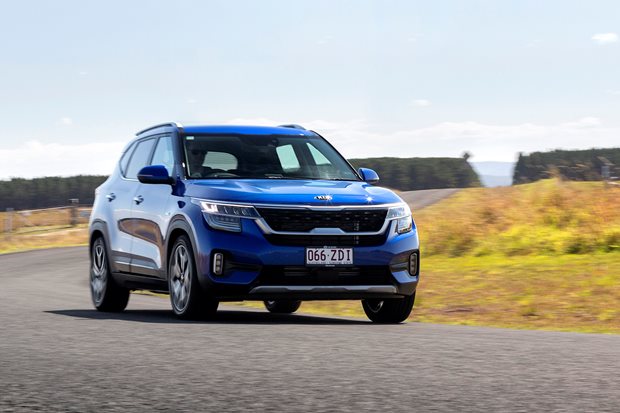 The top-spec Seltos comes with an extensive features list and the latest active safety, but is it worth the $41,990 sticker price?