Motor shows are a big source of industry news and gossip, but sometimes all we want is to look at the cool cars. So naturally, we compiled a list of the sexiest cars to come out of the Geneva Motor Show, minus all the facts and figures.

Sure, there’s plenty of cool stuff at motor shows and we could talk about new technology and concept cars until the cows come home. But here’s the thing, sometimes we just want to look at the pretty pictures of sexy cars and gawk. So, practical or not, here’s a list of the 12 sexiest cars we’d put on our wall from the Geneva Motor Show.

This superfast, super sexy Bugatti is one of those cars that is so exclusive and costs so much money it likely ends up sitting on display in a glass-walled garage. And every now and then, when there’s no chance of rain or dust, it’ll be driven around the corner and parked on the street so everyone can gaze at it, then locked away again until next time. That seems like a bit of a waste for a car with a 500km/h speedometer on the dash. Then again, the Chiron will cost AU$3.7 million so we can’t really blame any owners for treating it like a precious jewel. It’s really a piece of rolling art. 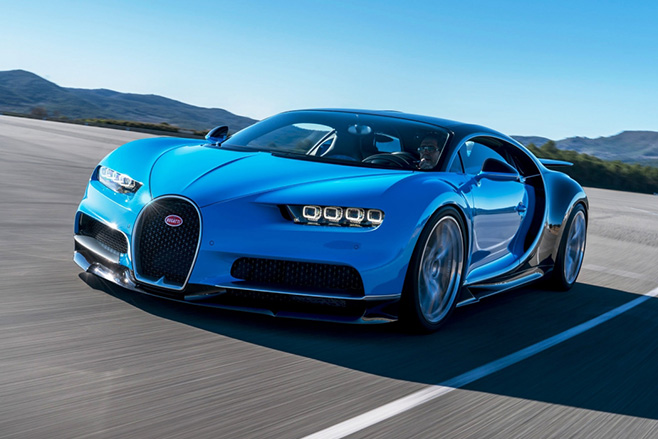 Taking styling cues from the LF-LC concept we saw in 2012, most of the attraction of the Lexus LC500H sits under the bonnet with the ‘Multi Stage Hybrid’ engine. And while the design isn’t anything too crazy, that slick, lengthy front-end and curvaceous roof gives this car a real edge. But it’s the inside that’ll really have jaws dropping with a crisp, minimalist interior, bright orange panelling and spike-like door handles. 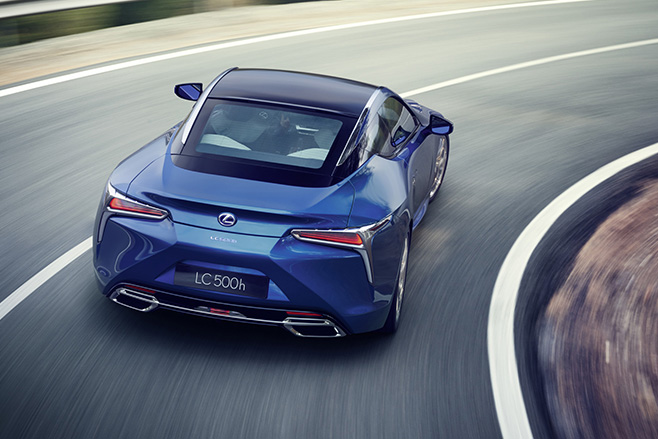 Don’t judge a book by its cover – that’s what everyone will be saying about the Holden-built concept. It looks like a sports car, it’s built like a sports car but this mini-sports car only has a 1.0-litre three-cylinder engine under super-shiny bonnet. The silver side panels, black bonnet, and hot-red lines and front tyres makes it look like it’s driving at high-speed, even when it’s not moving. The thing we love most about the GT concept car? It was hand-made in our very own Port Melbourne backyard and is probably one of my favourite designs to come out of Geneva. 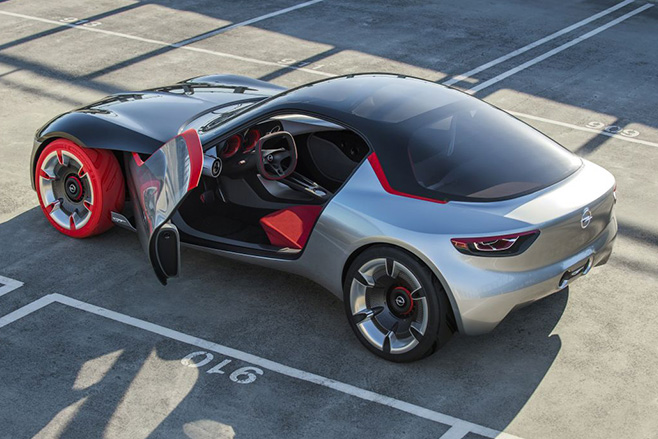 The 570GT is basically a 570S, but more practical. It may not be as fast or as powerful, but McLaren have created the GT as a more luxurious sports car. It’s the kind you can take on a road trip with a larger boot and more comfortable seats. The scissor doors open upward and the rear-window opens on a hinge. This car is straight out of Back To The Future, only, actually from the future. 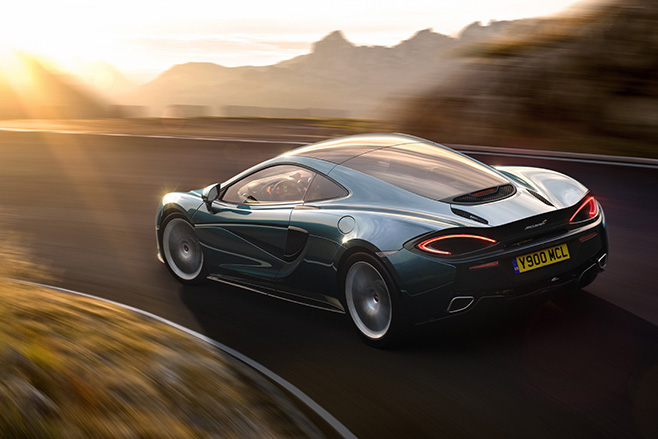 There is something about the E-Tense that reminds me of a spider. With its spider-eye headlights and diamond-like shapes giving the impression of a webbed grill, dash, and rear lights, this car is not short on strange design features. The DS E-Tense is an electric car packed with cool features, like a camera-projection instead of a rear-view mirror to make up for no rear-window, a 12-inch HD display for the driver and a 10-inch centre dash touchscreen, a cabin filter for clean air, and it even comes with a watch that can sit on the console or on your wrist. Quirky. 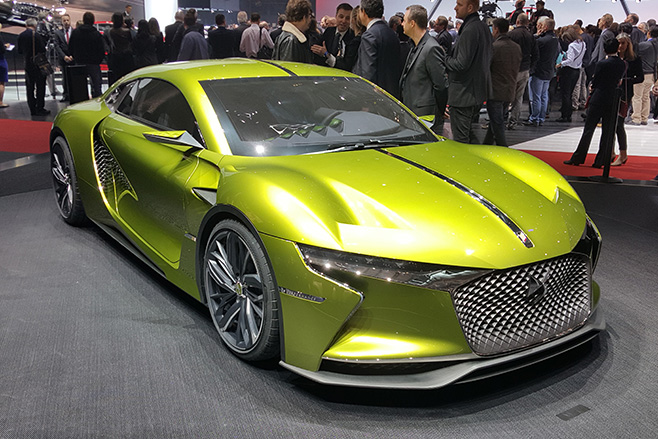 There’s something about Aston Martins that always look sexy. But maybe it’s the just the connection to the name Bond, James Bond. This DB11 doesn’t really do anything for me in terms of the ‘WOW that’s different’ factor, but then Great British design tends to stick with elegant and refined, not showy and attention grabbing. The DB11 certainly takes styling cues from the beautiful Aston Martin designs we already know, and that, in itself, is why it makes it onto the sexiest car list. That said, the more interesting changes of the DB11 are under the bonnet and in the more spacious interior. 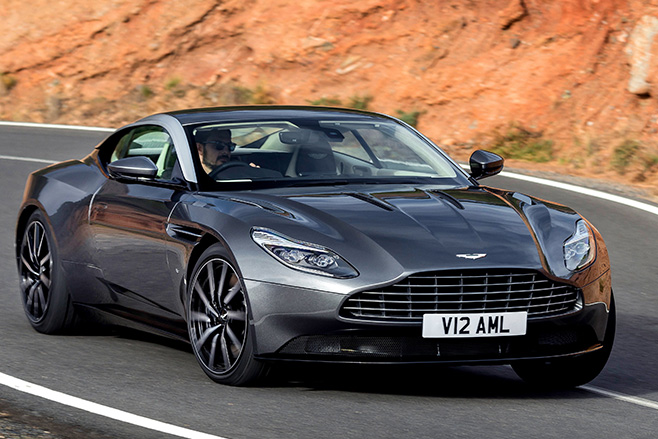 This car had us all divided. In the WhichCar office, we often have discussions around pareidolia (the word given to the act of seeing faces in unusual places), especially when it comes to cars. And to me, the Toyota C-HR looks angry. Probably the most attainable on this list at around the $20k price point, the C-HR is Toyota’s baby SUV and is bound to turn heads with its sharp lines and bold exterior. 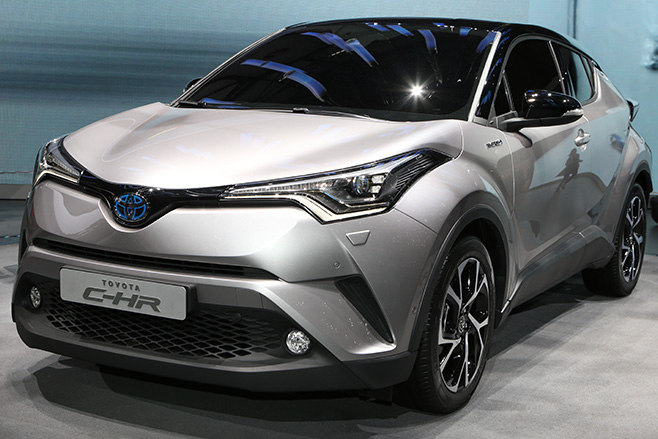 Not a huge amount has changed on the Abarth version of Fiat’s 124 Spider, and there’s not much of a wow factor happening when we compared to its twin, the Mazda MX-5. Well, that is except for the two tone paint job – the blacked out bonnet, red side mirrors and stripe on the grill makes this otherwise same-same design steal the spotlight. 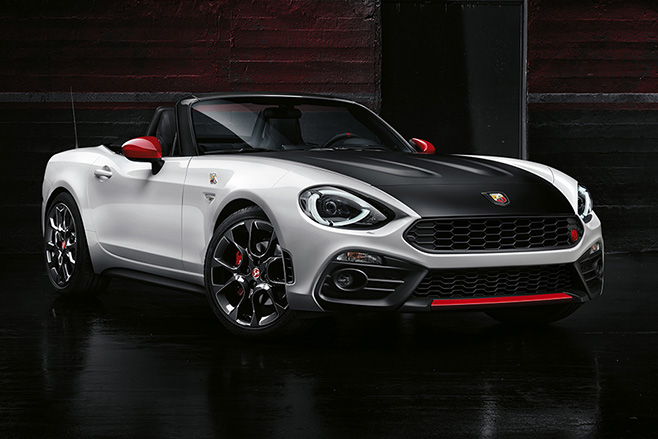 Maserati have entered the SUV game with the Levante. While we can’t help but think this shape is really similar to the BMW X6, the Levante’s rear line is based on the Quattroporte sedan. But aside from the new shape, the Levante features most of Maserati’s signature design features with its signature guard vents, front grill and a lavish interior typical of Maserati. The interior’s red leather is a salute to the brand’s Italian heritage. 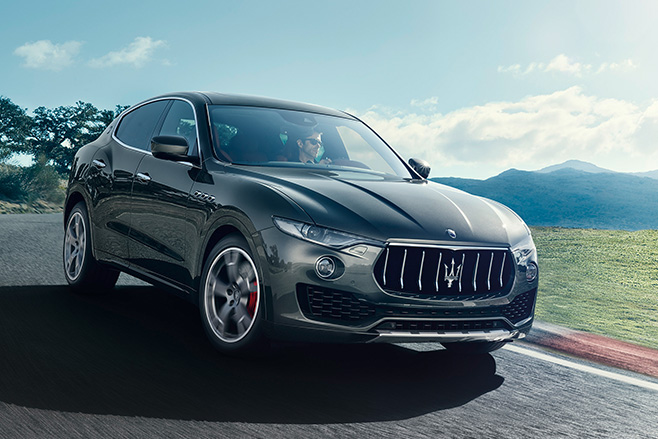 The Jaguar F-Type SVR is said to be one of the fastest cars revealed at the Geneva motor show. But while this kitty can supposedly reach speeds of 322 km/h, we’re more interested in how it looks. From its hard-lined hood, titanium exhaust, new side grill on the front guards, and a carbon fibre spoiler that automatically pops up. Basically sex on wheels. 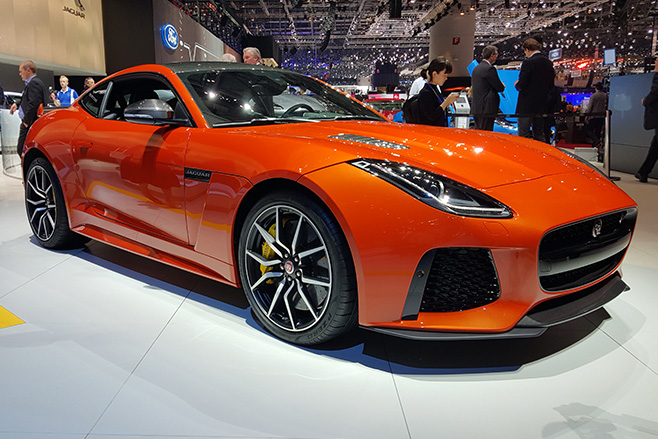 The Porsche 911 R doesn’t look much different to the others in the 911 range, but it sure plays homage to its 1967 road racer heritage. Available in white, red and black, with red or green stripes, the 911 R paint job gives it a vintage look that we love. This Porsche cherry picks all the best bits of the 911 range with a GT3 body, lightweight panels from the GT3 RS and carbon bucket seat with pepita cloth ala 918 Spyder, it’s pretty safe to assume this super Porsche is set to be pretty sought after. 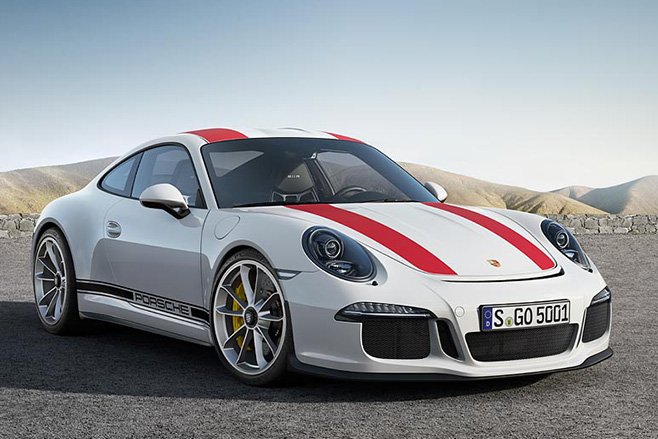 As you assume from the name, the BMW M2 is a smaller version of the M3 and M4. The M2 finds the middle ground between the current technology of M range sports cars and the classic feel and control of old M cars. Basically, it’s got the purist element of the classics, with all the tech of the newer ones. Bravo. 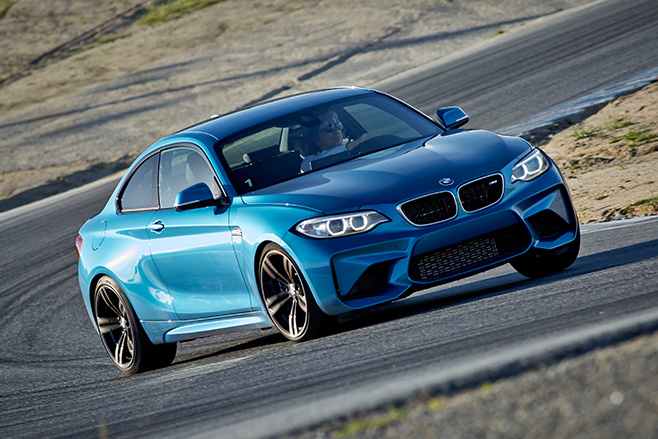 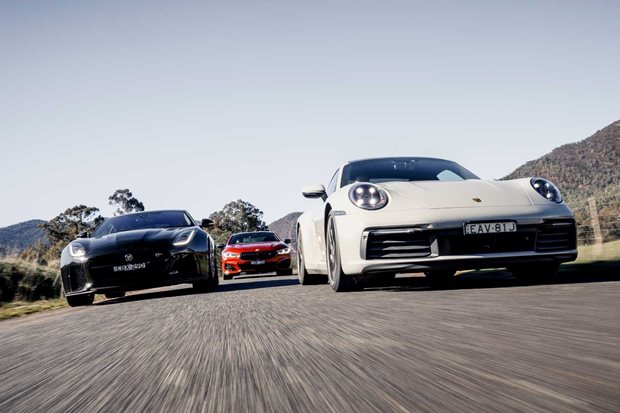