A longer seven-seat version of the Volkswagen Tiguan appears bound for Australia in 2017 as the German premium brand aims to take on the Nissan X-Trail, Mitsubishi Outlander and Holden Captiva.

Unveiled overnight at the Detroit Motor Show, the “5+2”-seater Tiguan Allspace is 215mm longer than the five-seat version on which it is based, and sits on a wheelbase that is stretched an extra 110mm. Its 4704mm length makes it about a hand span shorter than a Holden Commodore Sportwagon. 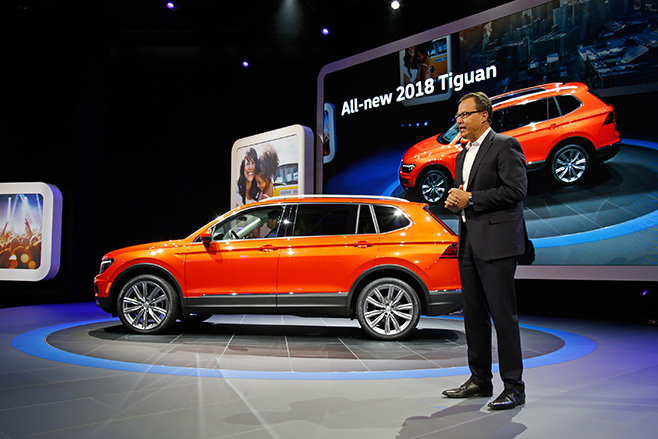 But it also heralds a potential early update for the Tiguan range, sporting a different bonnet, restyled headlights, a smarter-looking lower air dam and fog lights, and a repeater lamp sitting high on the front guard. The stretched Tiguan includes a larger rear window tucked in front of the D-pillar, similar in design to the seven-seat VW Atlas SUV developed just for the US market.

It’s down the back where all the Tiguan Allspace gains are made. The stretched wheelbase gives second-row passengers an extra 60mm of knee room; and the bigger boot space adds 115 litres of space, meaning the Allspace will have 730 litres of luggage capacity if the third row of seats aren’t used, growing to 1770 litres once the second-row seats are laid down. 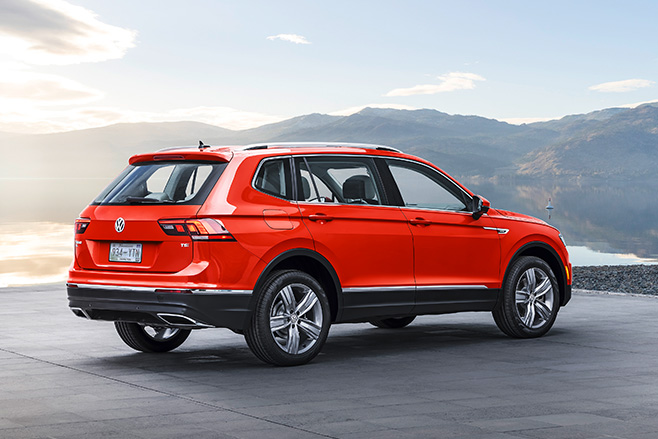 Volkswagen will offer the Tiguan Allspace as a five-seater in Europe, with the option of expanding it to a seven-seater. European buyers will also have the choice of front-and all-wheel-drive models, while three petrol and three diesel engine options ranging from 100kW to 176kW will slot under the bonnet.

But a big change we will need to get our heads around is that the Allspace will have no buttons on the dash to control things such as the radio. Instead, everything in the car will be controlled via what Volkswagen says is “a new generation of infotainment systems”. 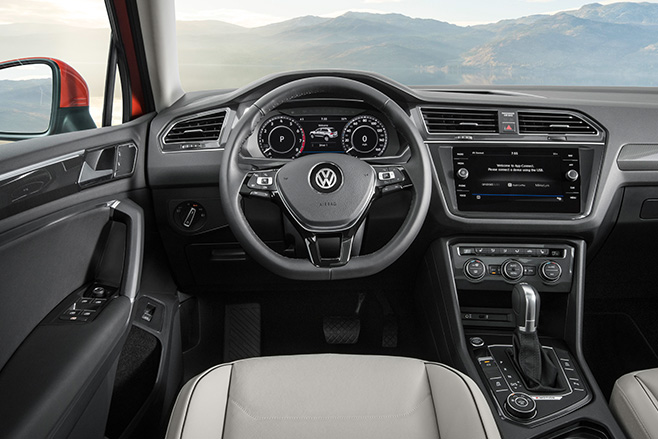 “This new top-of-the-line system has no conventional switches or buttons whatsoever,” Volkswagen said. “Instead, it is operated using a tablet-like glass surface whose appearance blends in perfectly with the design of the Active Info Display.” That last one is VW’s name for its digital dashboard that replaces analogue instruments with more high-tech versions.

Volkswagen Australia was this morning waking up to the news of the Tiguan Allspace, but we’ve asked them to stump a few details on when it is likely to arrive here, probably in the first half of next year. We’ll update this story when we hear more.