First details drop on Ford’s new Fiesta city hatchback range – including a version of the car that can run on just two cylinders.

FORD has launched a new version of the Fiesta city hatchback that can run on just two cylinders to save fuel.

Four variants of the popular small hatch were unveiled, destined for Europe, the Middle East and Africa.

Notably, Australia is not yet among the list of countries that will receive the car at launch, with the first local deliveries believed to be slated for late in 2017 or early 2018.

The Fiesta line-up will include an “Active crossover”, a vehicle that blurs the line between traditional passenger car and SUV that includes features including body cladding and roof rails.

Also included in the new line-up are a sports-oriented Ford Fiesta ST-Line model; the luxury-focused, Europe-only Vignale, and a high-end Titanium. 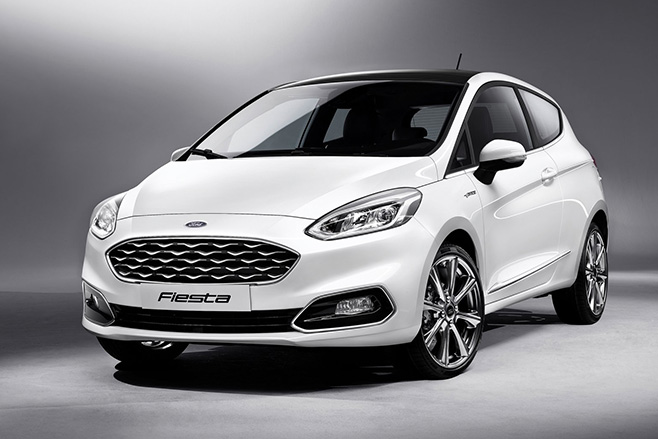 The new Fiesta has been given a subtle front-end facelift, giving a more modern feel through the use of softer lines and creases around the bumper.

This has extended to the headlights, which now appear almost oval when compared with the somewhat rectangular lights on the current model.

Down the rear, changes are more substantial courtesy of updated tail-lights.

Although the only official images of the rear relate to the three-door Vignale, the setup looks similar to the horizontal layout to that of its predecessor.

The previous-generation Fiesta’s fussy interior has also received an overhaul, with the number of buttons on the console – a criticism of the old car – moved to a range-wide centrally mounted eight-inch multimedia touchscreen. 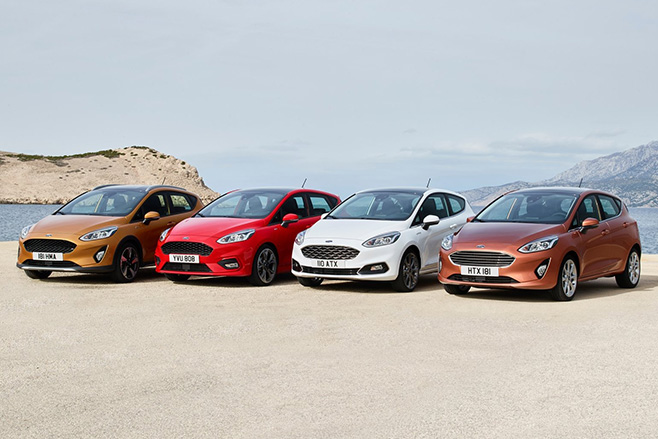 Voice control is expected to be available, along with the option of a more premium Bang & Olufsen audio system.

The 2017 Fiesta will feature a new collision avoidance system that can automatically slam on the brakes to avoid or minimise the damage from a crash with the car in front.

According to Ford, the new car will include 15 new driver assistance systems including a lane-keeping function, warnings to stop you backing out into oncoming traffic, and a blind spot monitor that sees what the wing mirrors don’t.

A diesel engine will complement a frugal 1.0-litre EcoBoost three-cylinder petrol engine that will only use about 4.9L/100km. It can shut down one cylinder to run on just two under light loads. The 1.0 will come in three variants, including a 73kW, 92kW and 103kW and a 51kW or 62kW power plant for the entry level 1.1-litre engine.

These engines will all be available with a manual gearbox, other than the 73kW, which also offers an auto.

Meantime the 1.5 litre turbo will feature power levels of either 62kW or 88kW, likewise with the manual.