Honda Australia is gaining influence with head office thanks to strong local sales, and the Civic is the first beneficiary of Australian input.

HONDA Australia is being rewarded for a run of strong sales with greater influence when it comes to future products.

With the introduction of the popular HR-V compact SUV in 2015 and all-new Civic small sedan last year, more Australians are warming to the brand and the Japanese car-maker’s head office is taking notice.

The positive results are affording Honda’s Australian team a louder voice during the development stages of new models, with the demands of Aussie customers woven into future products more than ever before.

Speaking to WhichCar at the Australian Grand Prix, Honda Australia director Stephen Collins said the new Civic was the most heavily Australian-influenced model to date and that customers were responding well as a result.

“We are the lead market in the whole of Oceania and we had a lot of input into the development. Probably more so than any vehicle in our history” he said. “That makes it satisfying that the market has really spoken and the customers are saying it’s a great car.”

Collins explained that the recent significant upturn in sales was partly to thank for Australia’s greater inclusion in the development process. 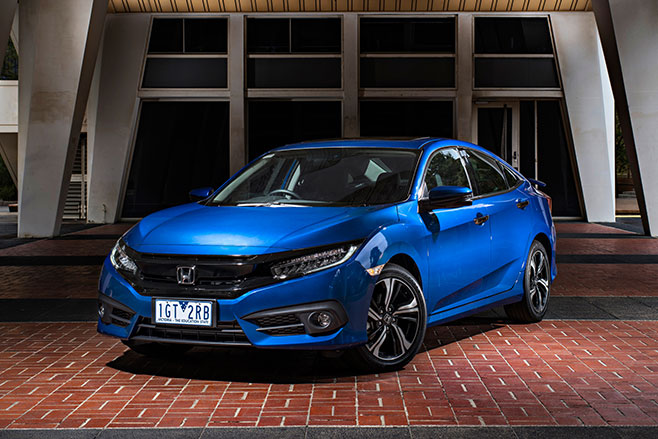 “I would say that we certainly have a lot more influence in our product planning side on these types of projects now because we are a big part of the business and that gives us more clout.

“Certainly Civic is an example of a lot of local input. We had some of our planners working on that for nearly five years, so it’s very satisfying that customers like it.”

Exactly what is currently being given the Australian treatment will remain under wraps for now but Collins confirmed that the Australian team will continue to be included in future product strategy.

“We want to keep that going,” he said. “What it helps us deliver is products that customers want and we are certainly trying to do that more and more with the global organisation. Particularly the Oceania region. It’s good for our business”.

The next significant introduction will be the new-generation CR-V in the first half of this year, which is likely to contain more Aussie influences and will add another welcome shot in Honda’s arm.

Honda’s current sales champ is the HR-V compact SUV which has a 2005-car tally to its name to the end of February this year, but is expected to be overtaken by the Civic range when it gains the hatchback model later this year.

The Civic has found 1703 homes in the same period, while its Jazz baby sibling has chalked up 1182 registrations so far.