Mazda has announced the new CX-5 will boast more safety than ever before, with a bevy of cutting-edge driver aids confirmed for the midsize SUVs’ spec sheet.

Ahead of its arrival here in before the middle of the year, Mazda Australia has announced the next-generation Mazda CX-5 medium SUV will receive a suite of cutting-edge safety technology.

The new CX-5 range, which will go on sale in the coming months, will feature a radar-assisted cruise control system able to follow traffic all the way to 0km/h, speed limit recognition and the latest version of Mazda’s “smart city brake support” autonomous emergency braking system.

This new technology will appear alongside existing safety tech such as blind spot monitoring, rear cross traffic alert, lane-keep assist, lane departure warning, and adaptive front lighting, which were added to the range late last year in a comprehensive safety update for the existing CX-5.

Mazda Australia has not yet announced which models will receive the safety update, but we know all five graves (including the new Touring spec) will feature front, side and curtain airbags, Anti-lock Braking System, Dynamic Stability Control, Emergency Brake Assist, Emergency Stop Signal, Hill Launch Assist, Traction Control System and a reversing camera as standard. 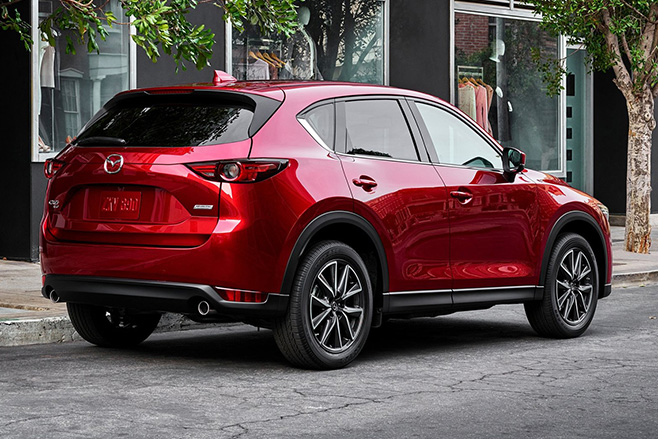 This announcement comes as part of the Japanese automaker’s commitment to safety technology.

“Our commitment to safety is clear when you look at the entire Mazda range and what we offer, particularly the safety updates to various models over the last year,” said Mazda Australia marketing director Alistair Doak.

This announcement follows a series of updated safety technology on Mazda vehicles including the Mazda6 and CX-9, the latter of which won this year’s Wheels Car Of The Year.

Despite its age and the imminent arrival of an all-new replacement, the Mazda CX-5 is currently leading the medium SUV sales charts, ahead of the Nissan X-Trail and Hyundai Tuscon.

Full pricing and features will be released closer to the new CX-5’s arrival.