The Original Accessories by John Cooper Works retrofit range was unveiled at this week’s 2016 Essen tuning and motor racing trade and are under strong consideration for Australia.

The various accessories provide extra performance and sportier styling for those who perhaps don’t have the budget to stretch to the full-blown Mini JCW models, which cost up to an extra $10,650 over Cooper S versions. 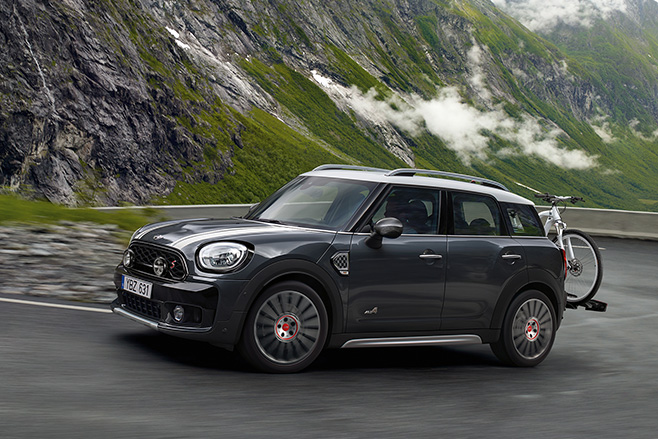 An engine tuning kit, for starters, halves the power deficit – bumping the S’s output from 141kW to 155kW, just 15kW shy of the JCW. It includes a sportier-sounding exhaust system called Pro flap.

Mini hasn’t revealed whether the extra power closes the acceleration gap to the JCW, which currently stands at half a second when comparing manual gearbox variants: 6.3 v 6.8 seconds.

A JCW Sports Brake system is also offered as another performance-related option that differentiates the ‘Pro Tuning’ extras from the Option Package made available for the Cooper S in September. The Option Package cost $2750 for the three- and five-door hatches or $5000 for the Convertible and were focused mainly on styling additions. 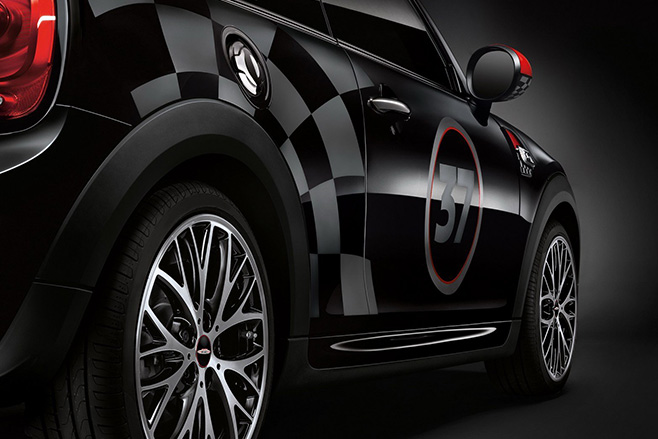 There are still plenty of exterior and interior extras available from the John Cooper Works Pro product range.

They include ‘black band’ front and rear spoilers offered in conjunction with an aerodynamics package, various decals for the sides of the car, while the side mirrors, air inlet cover and exhaust tips can all be ordered in carbon fibre. The latter are also available in chrome.

Mini Australia said the JCW upgrades were currently undergoing a homologation process as part of assessment for the Australian market. Confirmation – along with pricing details – is unlikely to come before the first quarter of 2017.