The range comprises four different variants priced between $22,490 and $38,490. The entry-level Megane Life in manual form kicks off the line-up priced $490 more than the outgoing Megane Authentique. The mid-grade Megane Zen and high-grade Megane GT-Line follow, with the performance-oriented Megane GT topping off the range.

All models bar the Megane GT are powered by a carry-over 97kW/205Nm turbocharged 1.2 litre, with a six-speed dual-clutch automatic being the standard transmission for Zen and GT-Line. The Megane Life has a six-speed manual as standard, but a six-speed auto can be optioned for an extra $2500. 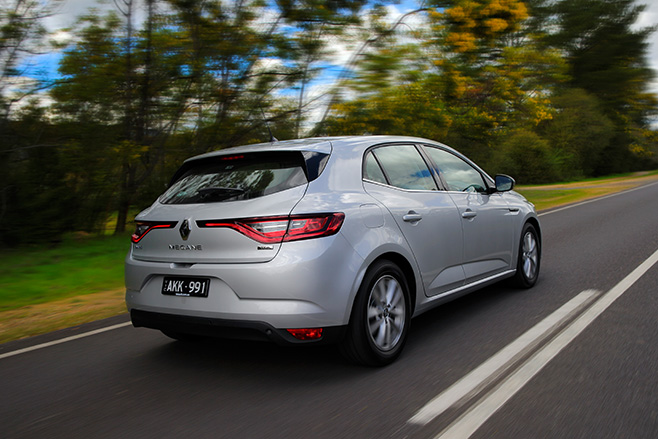 For the Megane GT, which replaces the 2.0-litre manual-only Megane GT220, Renault has equipped a 151kW/280Nm 1.6-litre turbocharged inline four and seven-speed dual-clutch automatic. Though it has 11kW less power and 60Nm less torque than its predecessor, the 2017 Megane GT is half a second quicker to 100km/h (7.1 seconds).

Fuel economy is also markedly improved for the GT, with that model recording a claimed average consumption of 6.0L/100km against the GT220’s 7.3L/100km. The 1.2-litre Meganes don’t improve their thirst figures compared to the outgoing model, however, with the 1.2 automatic’s 5.6L/100km average being unchanged.

The Megane GT also benefits from an active rear-wheel steering system that improves handling, as well as a lowered, sportier suspension tune. It’s also the only model in the range to feature paddle shifters for its automatic transmission, as well as launch control. 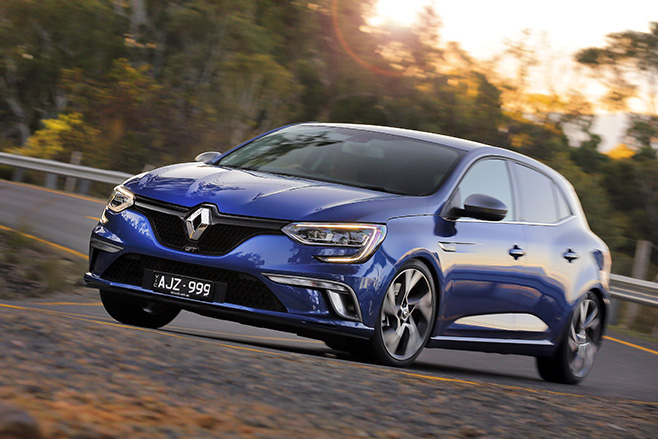 The Life gets fabric upholstery and a leather-wrapped steering wheel and gear knob, along with 16-inch steel wheels. Step up to the Zen grade and the steel wheels are swapped for 16-inch alloys, sat-nav gets added to the R-Link 2 system, front parking sensors become standard and an electric parking brake replaces the Life’s handbrake. 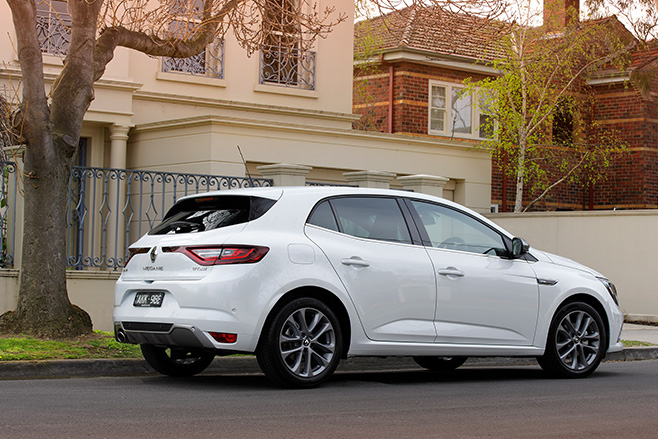 Besides its more powerful drivetrain, paddle-shifted seven-speed auto, performance suspension and rear-steering setup, the flagship Megane GT is specced similarly to the GT-Line model. Exceptions to that are the standard 8.7-inch portrait-format touchscreen display (which is a cost option on the GT-Line), 18-inch alloys, dual-exit exhaust, alloy pedals and black/blue Alcantara upholstery.

The 2017 Renault Megane range is on sale now, with pricing as follows: 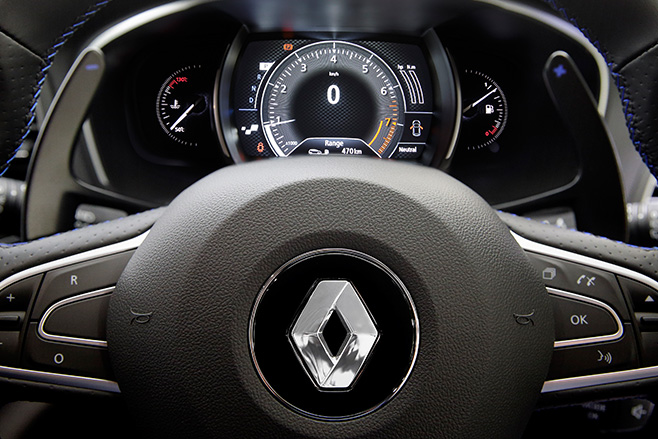