BMW’s 2018 M5 will touch down in Australian showrooms from the second quarter of next year with a starting price of $199,900 – with 50 Launch Edition cars kicking off sales the sixth-generation super sedan.

As well, BMW will sell five “First Edition” cars to celebrate the M5’s arrival in Australia.

These 55 cars will be the only M5s available in the first year of production, with less exclusive versions due to come on line for the 2019 model year. 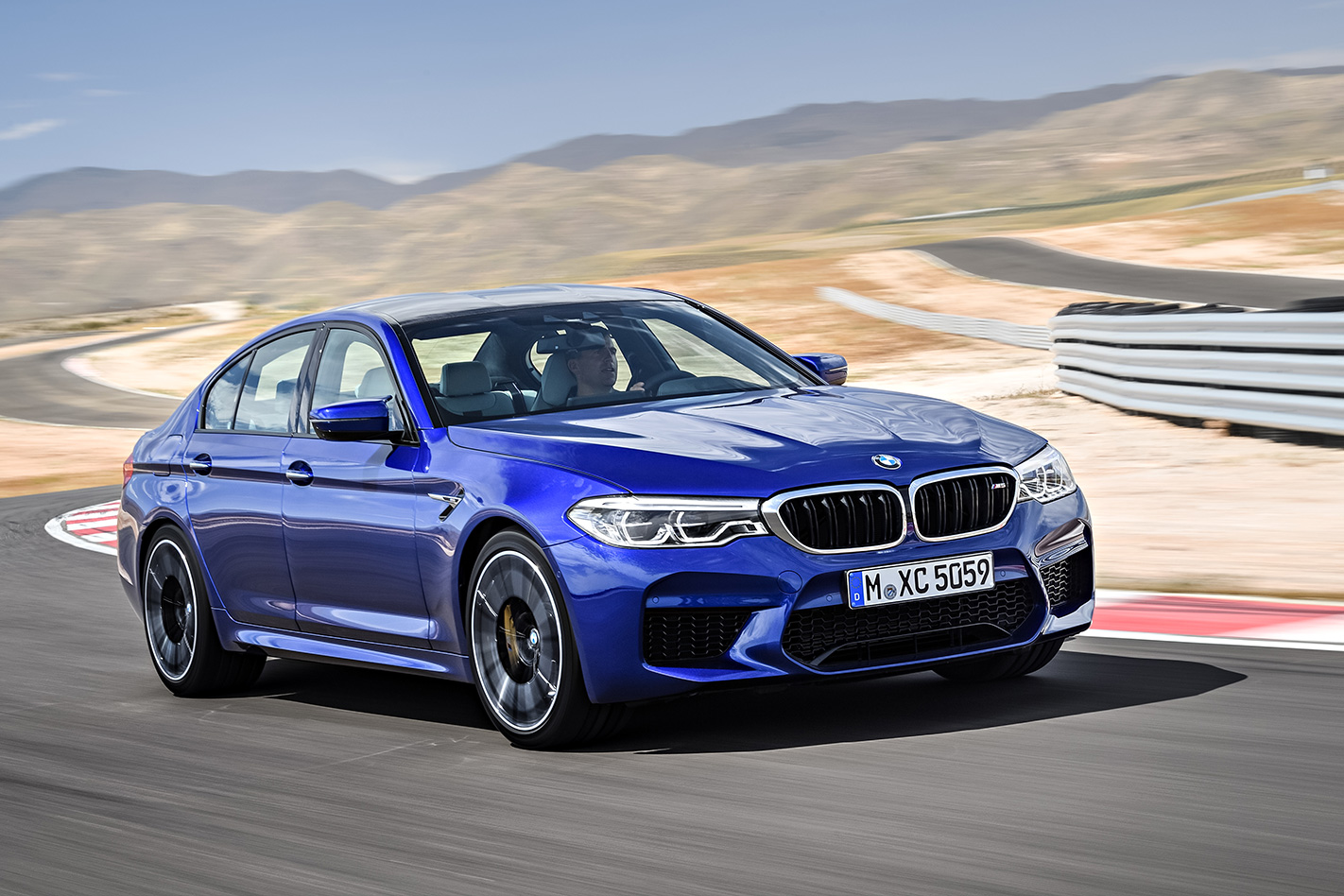 Not only is the new M5 about $30,000 more affordable than the version it replaces, it’s also the cheapest way to add 441kW to your driveway, although it is not known if the 2019 model year cars that will follow will cost more.

The new M5 couples more power and torque (now 750Nm) from a reworked version of the same 4.4-litre twin-turbo V8 that made its debut in the fifth-gen car, and sends it to a new M xDrive all-wheel drive transmission – the first time the iconic executive sedan hasn’t sent power to the rear wheels alone.

With all four wheels boosting off-the-mark traction and cornering grip, the 2018 M5 does the benchmark 0-100km/dash in 3.4 seconds, knocking more than a second from the outgoing rear-drive model’s time. 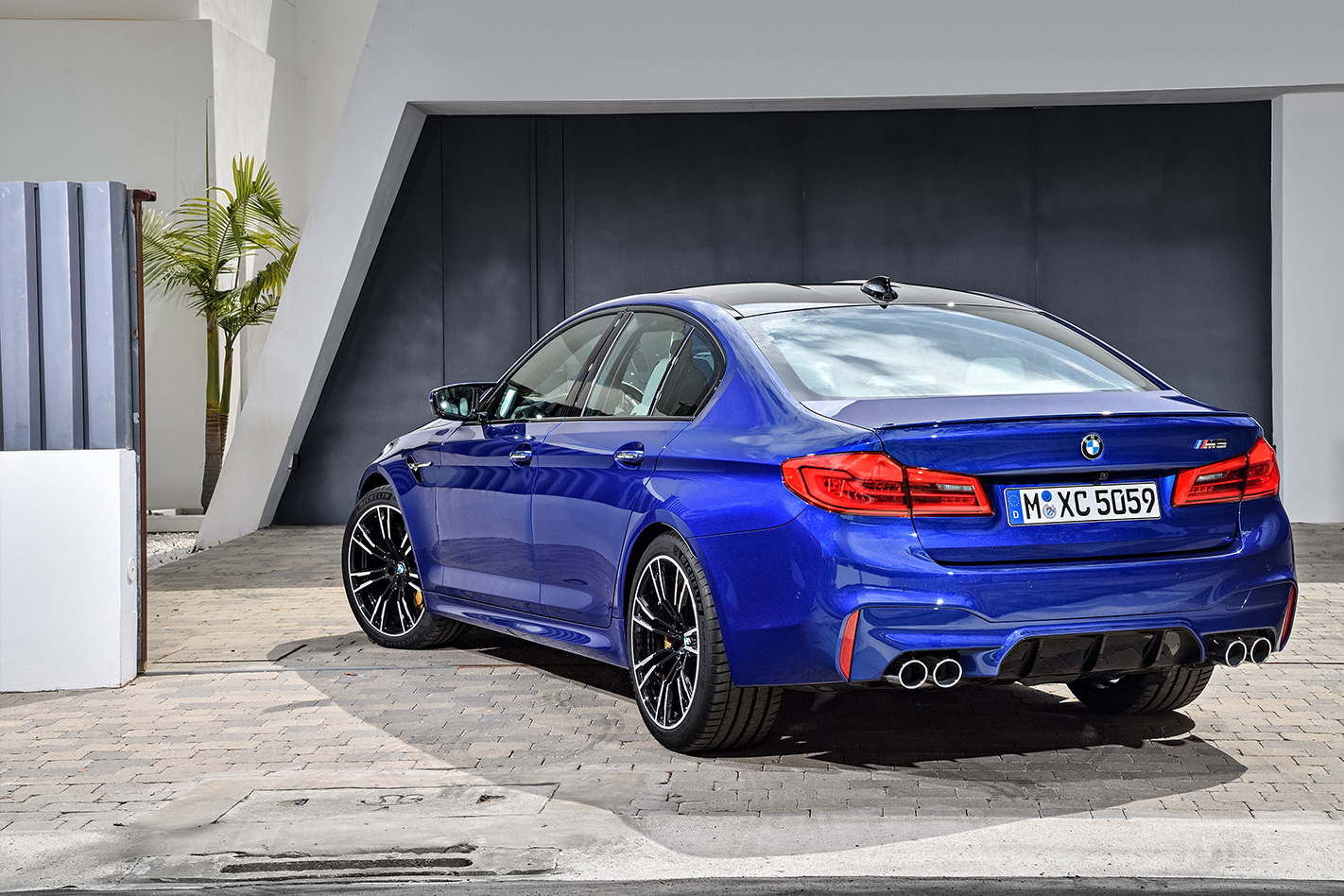 Ask for the optional M Driver’s Package and BMW will remove the speed limiter, allowing brave M5 owners to crack a top speed of 305km/h.

The new M5 also has a long list of optional equipment.

The previous generation of the M5 has attracted criticism about its muted engine note. The 2018 car addresses that concern with a special M-Sport Exhaust system included as standard for the Australian market, for an amplified ‘resonant note’ and faster turbo response, says BMW.

Despite the meaty performance promise, the German car maker reports its 5 Series flagship will return an official fuel economy of 10.5 litres per 100km and carbon dioxide emissions of 241g/km. 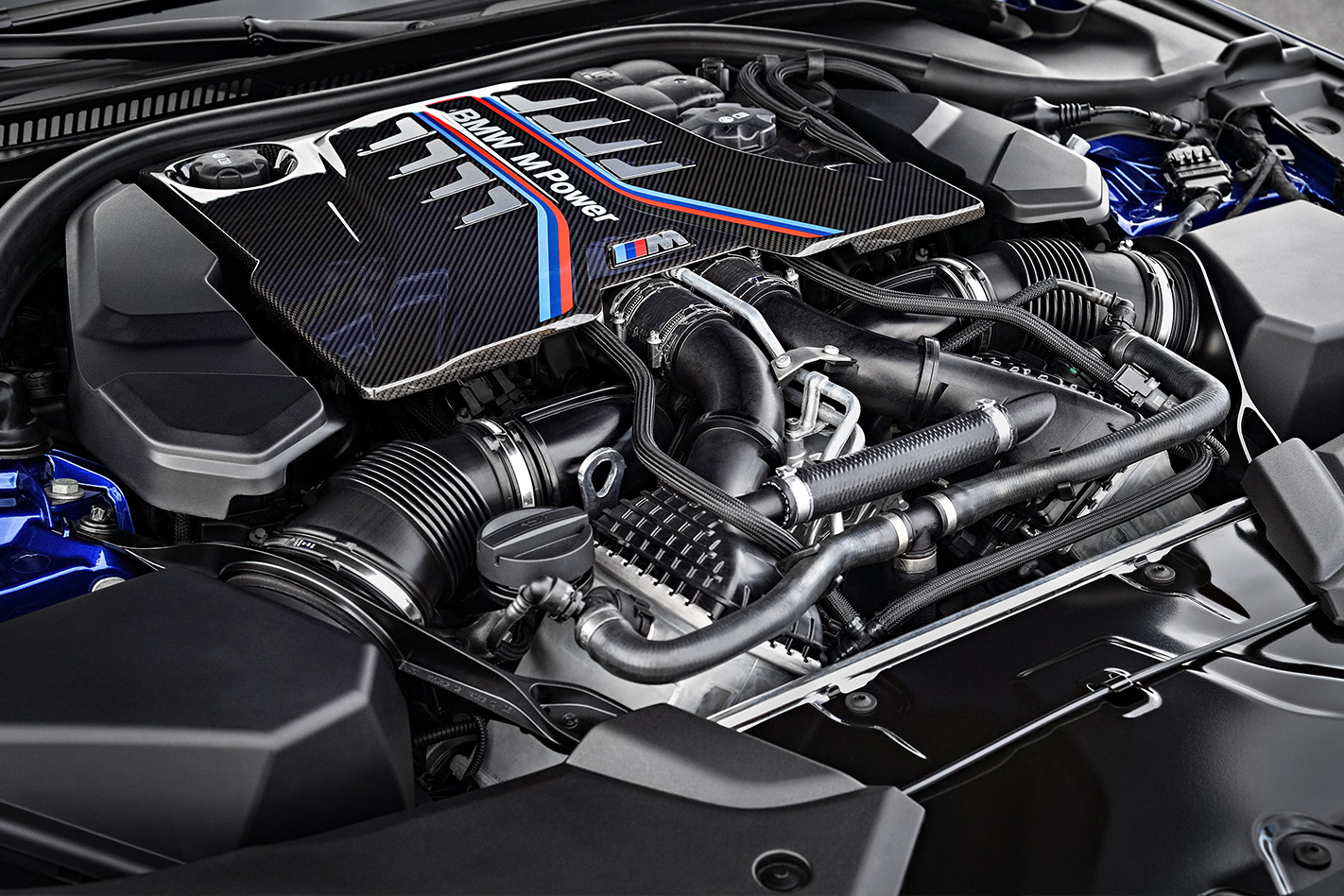 Unlike the gen-five M5, which had to make do with seven gears, the new version’s M Steptronic automatic transmission uses eight. Gear changes arrive via a switchable transmission programs or manually via steering wheel-mounted paddle shifters.

Keen to maintain a line of sight to the rear-drive M5 era, the new model can send all its power and torque to the rear axle via a front axle decoupling function and the rear Active M Differential.

The full suite of safety and driver assistance systems are available for on-road driving including a ‘semi-autonomous’ function, but the M5’s M Dynamic Mode allows all systems to be deactivated for a pure driver-and-car experience – and tyre-destroying power oversteer.

For times away from the track, 4WD and 4WD Sport modes maintain a rear bias for power delivery, while introducing the safety net of front axle traction when needed. 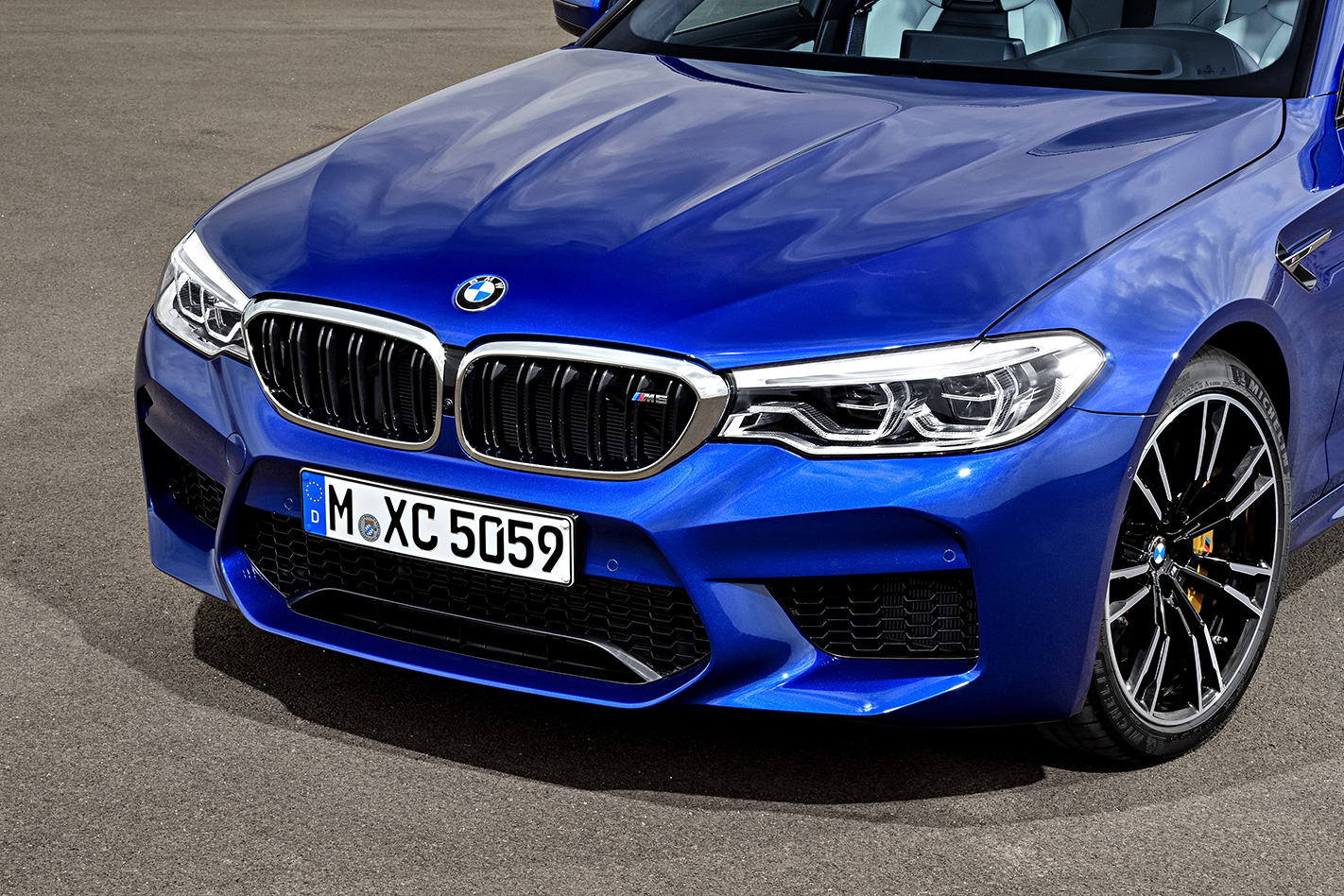 At 1855kg kerb weight, the new M5 is 15kg lighter than the previous version despite the addition of a driven front axle. The reduction is in part due to the use of modern materials and construction techniques including a carbonfibre roof and the option of carbon-ceramic brakes.

Suspension is double wishbone up front, and a five-link setup down the rear with a wider track and extra aluminium support structures added for the M5. Stiffer anti-roll bars, bushes and stronger axle mounting points are also engineered for the fastest 5 Series.

Staggered 20-inch two-tone or black wheels are standard fare for the M5, wearing narrower 275/35 boots on the front axle and 285/35 rubber down the rear. 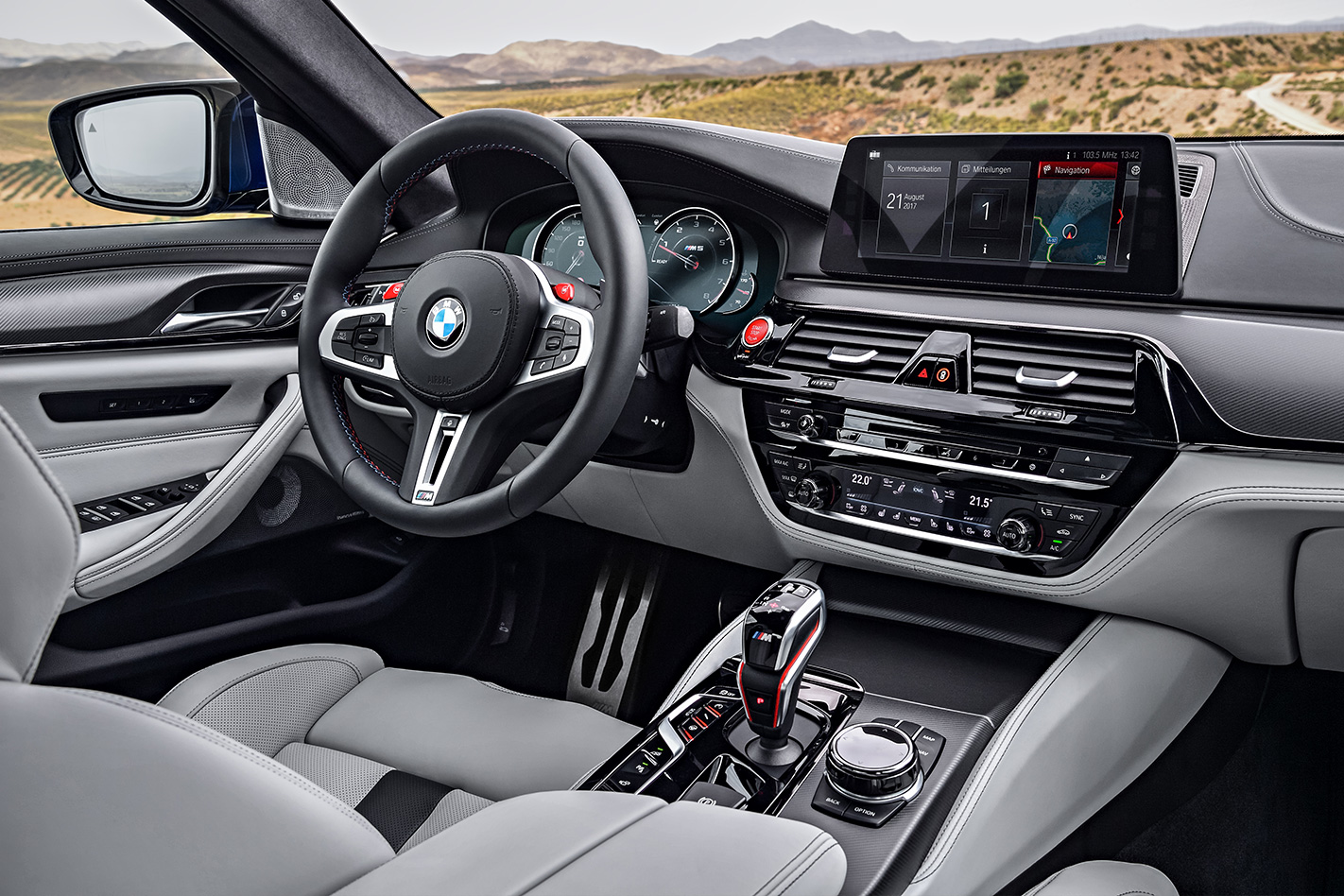 Driver assistance equipment includes all of the latest technologies such as active cruise control down to stop-start traffic, steering and lane-keep control, front and rear cross traffic alert, an approaching crossroad alert and rear collision prevention.