Kia kicks off hybrid-drivetrain integration with the Sportage, more hybrids to join next year

Kia has jumped on the mild-hybrid bandwagon, announcing the imminent arrival of a diesel powertrain with a 48-volt electric assistance motor.

Kia’s diesel-engined Sportage will be the first model in its line-up to employ the new technology, dubbed EcoDynamics+, later this year. Petrol engine applications and other EcoDynamics+ models will follow in the Sportage’s footsteps in 2019. 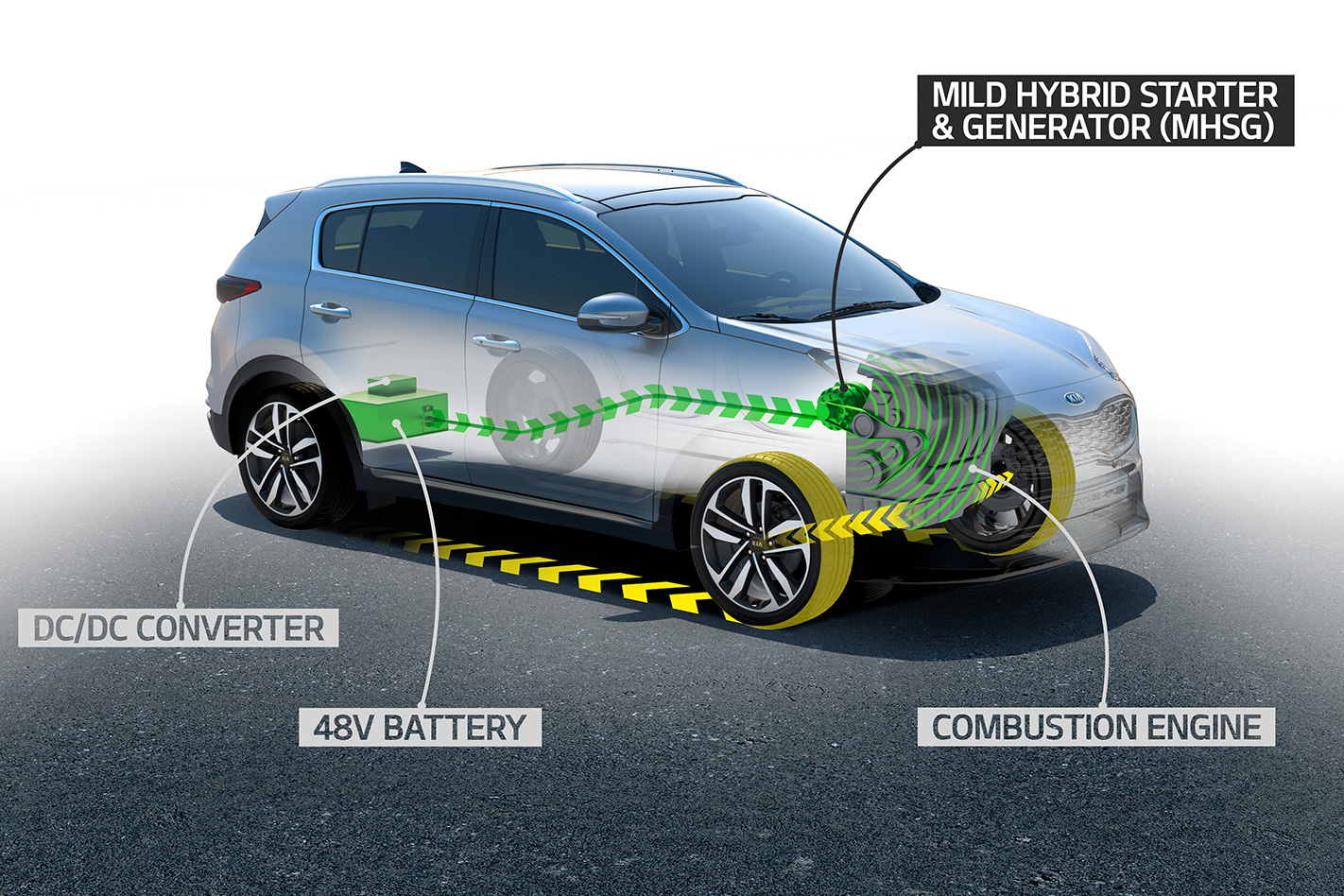 The hybrid powertrain improves fuel efficiency by up to four percent by seamlessly switching between regenerative braking and supplementing acceleration with electric power.

The mild-hybrid starter-generator also extends combustion engine ‘off time’ by shutting down the engine when coasting to a halt, rather than waiting until the car is stopped like most start-stop systems.

Mild hybrid drivetrains are becoming an increasingly popular choice for carmakers due to the relative cost effectiveness and ease of integration when compared to a full hybrid system, which require much larger battery packs and ancillary hardware.

It’s a point acknowledged by Kia itself, which said in a statement that the “compact technology can be integrated into existing vehicle and powertrain architectures without impacting practicality or packaging” – crucial, given the architecture of Kia’s two-year old Sportage is already set in stone.

The yet-to-arrive third generation Ceed will be next to receive a mild-hybrid boost next year, as well as the first petrol application for Kia’s new tech. 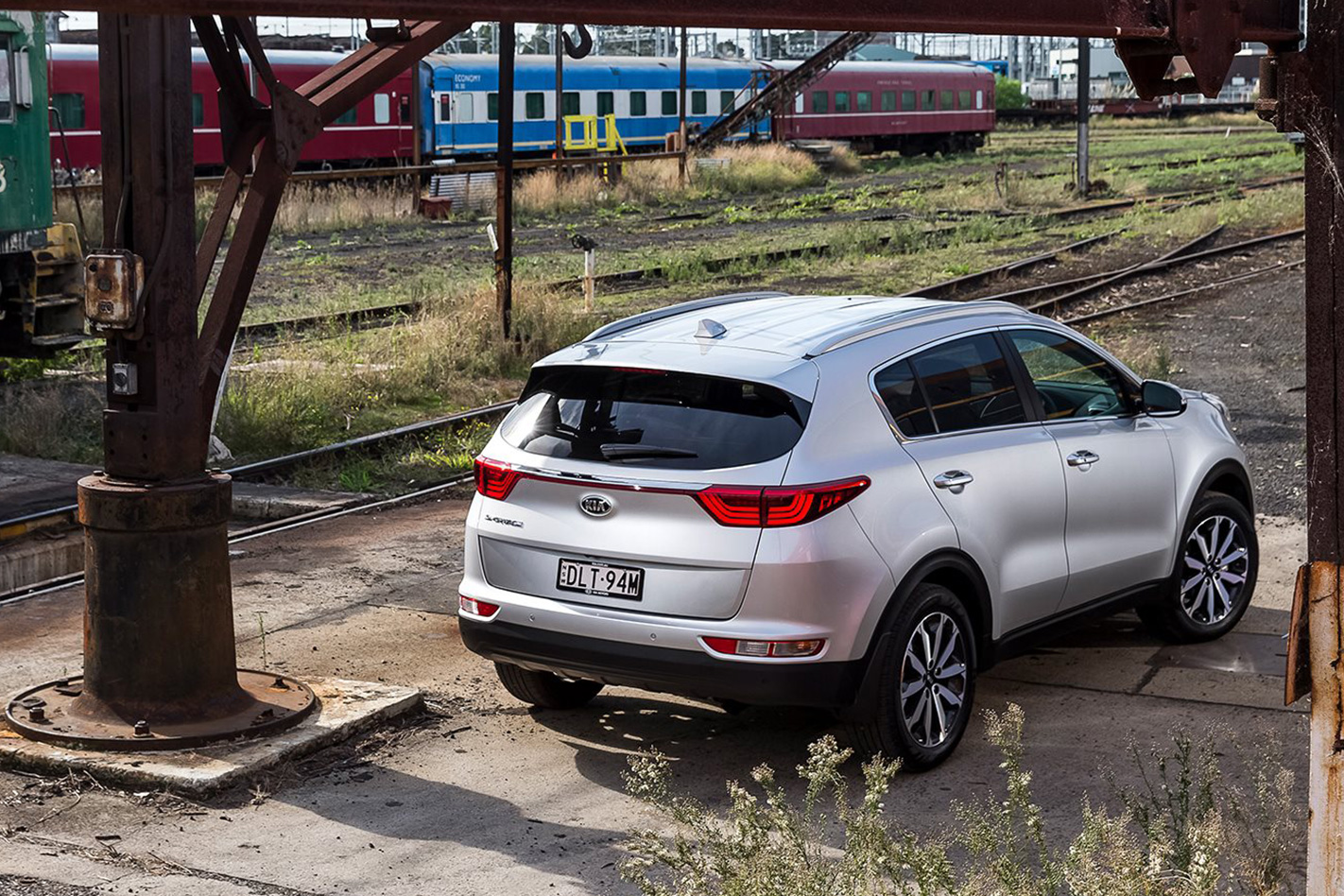 The two new components making up the mild-hybrid system are a 0.46kWh 48-volt lithium-ion battery and a new starter/generator. Due to the fact that the engine can now lean more heavily on its battery when the engine is shut down or generator is switched off, components like the starter motor and 12-volt battery powering ancillary electronics can be downsized to take up less space in the engine bay.

These developments highlight Kia’s keenness to pursue alternative fuel sources, though Kia Australia currently has no plans to introduce hybrids to its Australian line-up, instead stating that it “will move straight to full electric vehicles.” 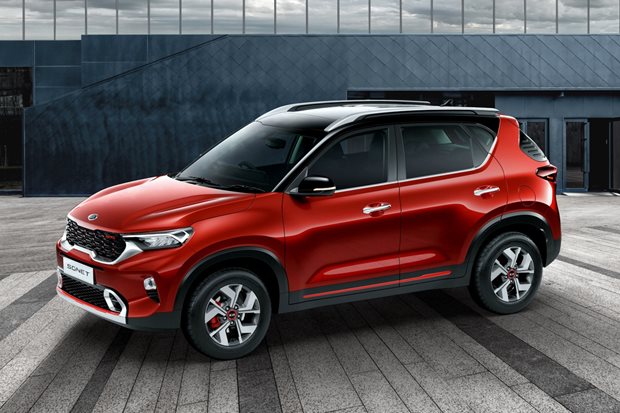