KIA is mulling the possibility of extending what was once the industry benchmark unlimited kilometre warranty out to a marathon 10 years, as other brands start to encroach on its current seven-year best offer.

Holden is the latest rival to match Kia’s seven-year deal following Honda, which also temporarily introduced the offer in 2017 and, although both warranty deals were for a limited period, Kia is preparing its next move should any brand announce a seven-year plan as a permanent fixture.

Speaking to journalists this week, Kia Motors Australia COO Damien Meredith said a further extension of the current deal was on the cards, depending on the actions of other manufacturers.

“It would be fair to say [the seven-year warranty is] our unique selling proposition and has been for four years,” he said. “I think if you did it, we would look at ten [years] very, very seriously.”

Select brands are already offering a 10-year warranty in Europe, but Meredith explained the Australian version would be even more comprehensive, if it were to go ahead.

“We would be better than that because we would try to keep it at the unlimited stage in regards to kilometres.”

A 10-year unlimited kilometre warranty would not just represent Australia’s longest but is likely to be a global first as well, and another feather in Kia’s cap. Its seven-year offering has to date played a role in enhancing the company’s strong sales.

The evolution of warranty duration and coverage in Australia has been driven partly by demanding customer requirements, competition and a unique situation created by the combined actions of local legislation bodies, said Meredith.

“In Australia, we are moving from what were in effect antitrust laws to consumer law. It’s a different ball game so it doesn’t matter if your television or whatever doesn’t work after eight years and you’ve looked after it, you go back to the manufacturer and say this is faulty what are you going to do about it?” he said.

READ NEXT: Kia Picanto GT-Line to be launched in Australia in June

“With what the demands of the consumer are and the ACCC and the challenging aspects of the Australian consumer law, maybe a 10-year warranty – unlimited – covers those three pillars quite well, so we’re thinking seriously about that.”

Earlier this year, the ACCC had stern words with Kia’s sister brand Hyundai regarding its obligation to customers. The action was in response to a growing number of Hyundai customers that had complained of persistent vehicle problems failing to be identified and resolved despite repeated visits to Hyundai dealerships.

Following the discussions, Hyundai agreed to better inform its customers of their rights and promised to comply with the laws in place to protect consumers.

Meredith concluded by acknowledging the company’s responsibility to honour a warranty regardless of its length, and any change to the duration would comply with consumer legislation first and foremost. 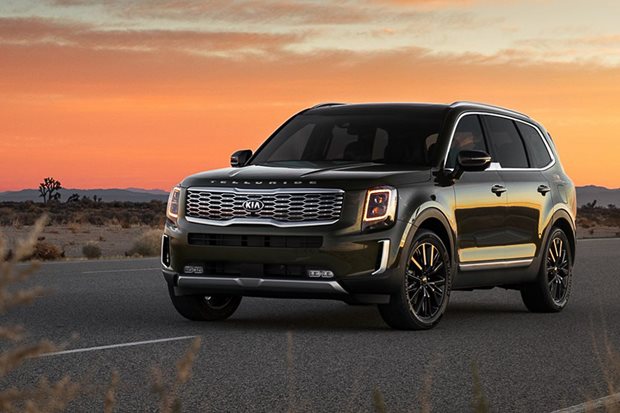 So… why can’t Australia get the Kia Telluride?

The oversized SUV subset grows by the minute, but Kia’s eight-seat Telluride doesn’t add up