The next-generation 2019 Toyota RAV4 – the car that was most likely to have been built alongside the Toyota Camry before the pin was pulled on Australian production – has booked itself in for a worldwide debut.

It’s the fifth generation of the midsize SUV that popularised the growing buyer trend towards high-riding, soft versions of off-roaders.

Toyota has teased only a single image ahead of the car’s reveal at this month’s New York Motor Show, but it shows the RAV4 will adopt a profile that blurs the line between the boxy models of the past, and the coupe-like looks sweeping the class.

Of note is a squarer-look tailgate and a more swept rear window. Up front, too, the RAV4 appears to have lost its shovelnose profile for a much more angular look similar to, dare we say it, the Mazda CX-5.

The most interesting thing about this generation of the RAV4 is that it jumps to the Toyota New Generation Architecture, the hybrid- and battery electric-ready platform that is already built into new Toyota products including the Prius, Camry and C-HR, but also soon to underpin the strong-selling Corolla due here in October. 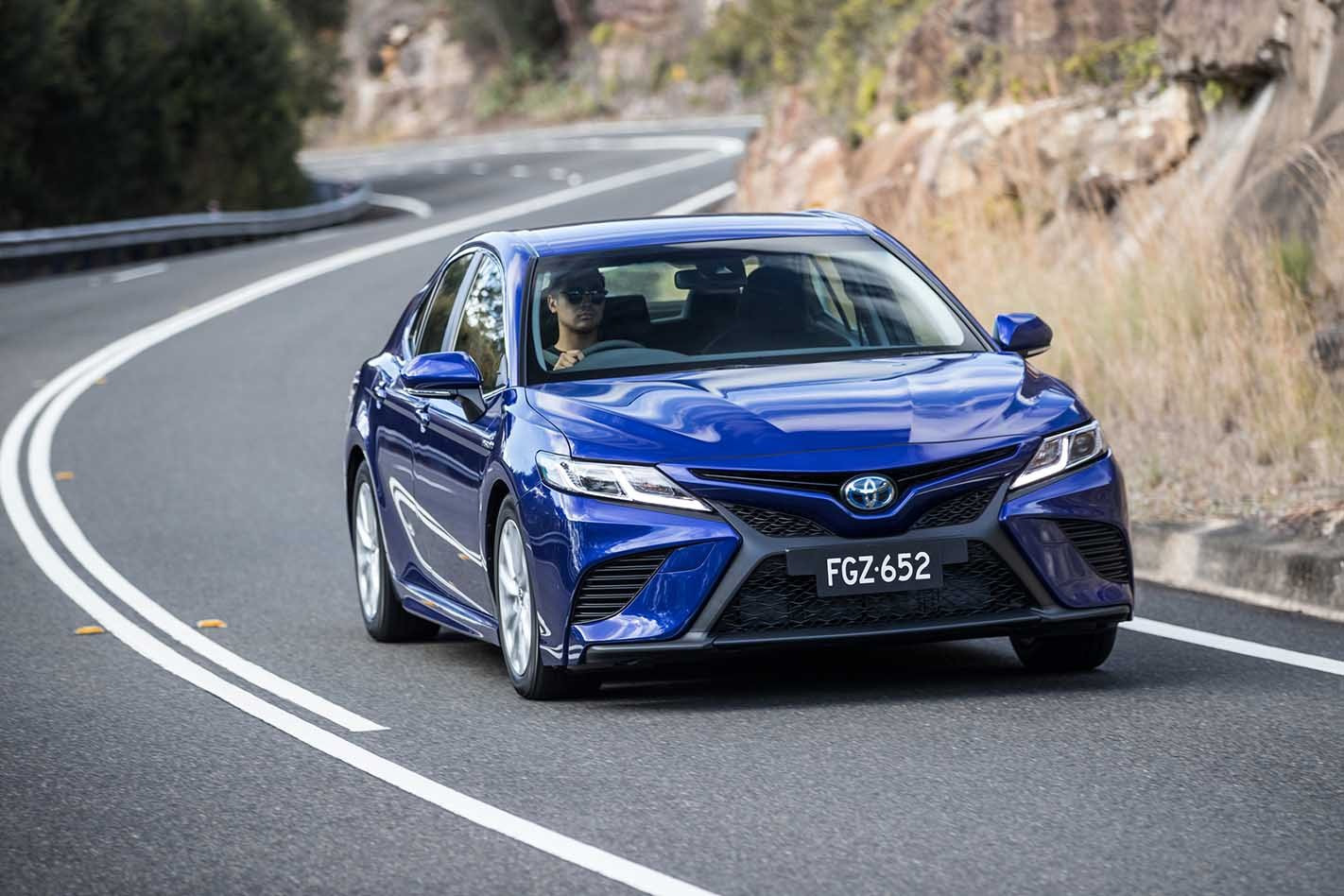 The switch to the new platform has shown big improvements in the way the TNGA rides and handles, which will be a welcome advance and give it an edge against rivals including the benchmark-setting Mazda CX-5, the Hyundai Tucson, the Mitsubishi Outlander and the Nissan X-Trail.

It also places the RAV4 in line for a new generation of engines and transmissions that are optimised for TNGA. This includes a redesigned continuously variable transmission that includes a “launch” gear – basically a first gear – that helps the CVT reduce the energy-sapping sensation when stepping off from a stop.

Of more interest, though, is a compact six-speed manual transmission that includes a rev-matching function that will allow drivers to perfectly match the engine’s speed with that of the clutch to smooth out jarring.

Those gearboxes are likely to be paired up with Toyota’s all-new 2.0-litre engine. It offers more torque through a wider rev range to be much better at saving fuel than the Japanese car maker’s current 1.8-litre engine that’s used for the brand’s environmental poster car, the Prius.

The engine is also optimised for hybridisation, with Australia expected to be in line for its first-ever petrol-electric version of the RAV4.

The RAV4’s smaller sibling, the C-HR, has already been earmarked for full electrification, with the bigger SUV expected to follow suit.