TCR version of Hyundai's new i30 Sedan N is a stunner

The sheets come off Hyundai's next-gen TCR racer, and gives us a preview of the real i30 Sedan N

Hyundai has shown off its latest TCR racer in the US, and it gives us a great idea of how good the new i30 Sedan N might look.

Built by Bryan Herta Autosport, two i30 Sedan Ns - known as Elantra Ns in the States - will be used in the IMSA sports car series for 2021.

TCR requires its cars to somewhat vaguely resemble their road-going counterparts, and the new racer is powered by a wicked-up version of the N car's 2.0-litre four-cylinder turbocharged engine.

Output is bumped to 260kW and a handy 450Nm, which punches through those 18-inch front wheels via a six-speed sequential gearbox.

Of course, the huge flared guards, wild rear wing and bespoke racing alloys may be missing from your road-going version, but look closer and you'll see the DNA. When it arrives down under late next year – as Hyundai Australia has confirmed  – it’ll sit atop the renewed i30 Sedan range that replaces the Elantra.

At the same time, all signs point to the sedan replacing Hyundai’s current i30 Fastback N, given it is a similarly styled four-door liftback.

The right-hand-drive Ela… ahem, i30 Sedan N will most likely be exported from the brand’s Korean factories, reducing import costs and giving it a leg-up over the Fastback that's currently sourced from Turkey.

Hyundai hasn't revealed details to complement the images, but the i30 Sedan N is expected to largely mirror the updated hot-hatch in specification. 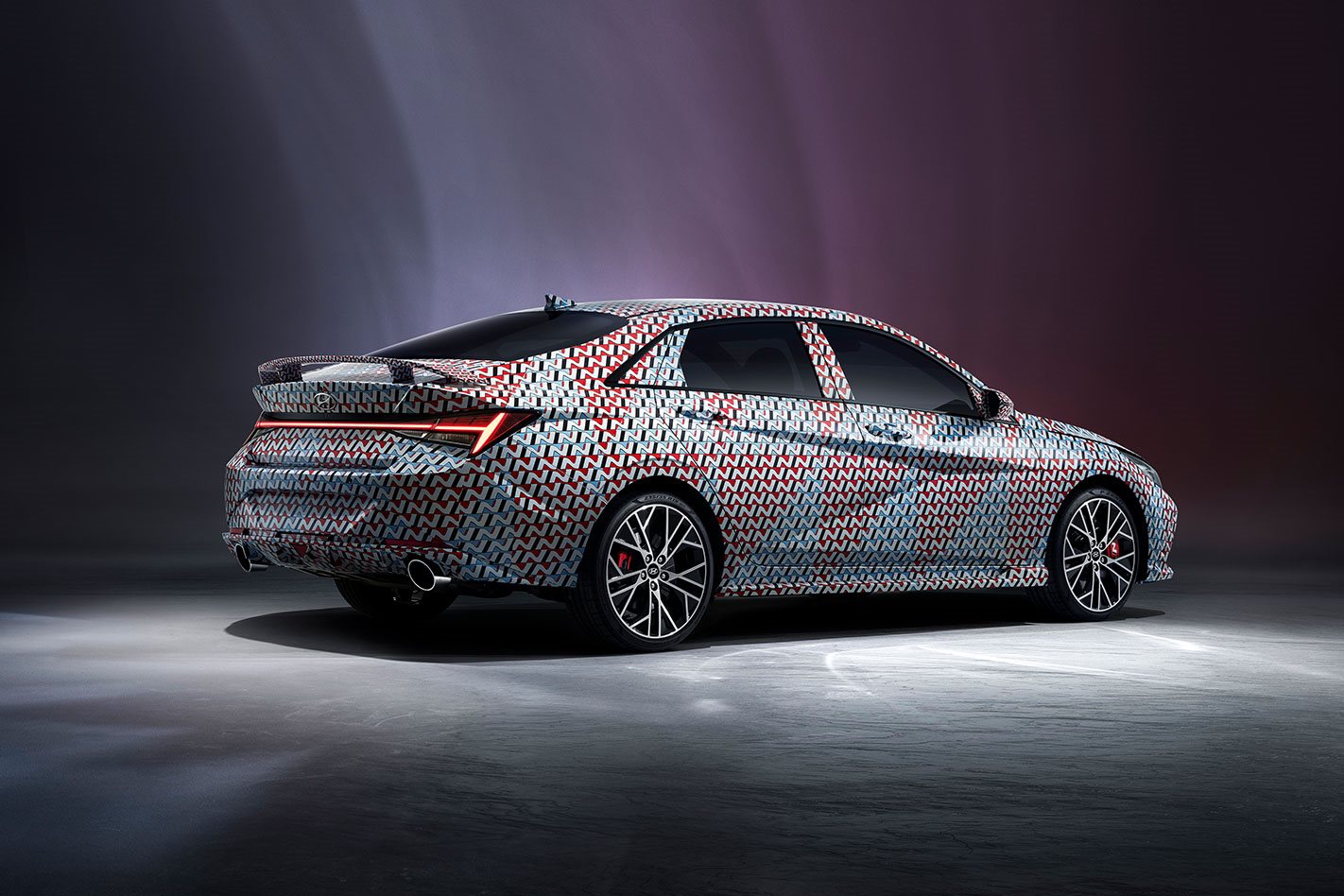 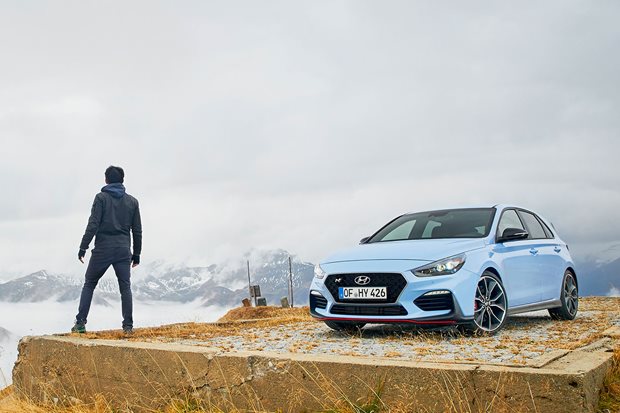 High N Mighty: Hyundai i30 N in the Alps