On the eve of the new Porsche Taycan arriving in Australian showrooms, we take a closer look at the different Taycan models in the range.

Also, Porsche has added a new variant to the Taycan range, but we’ll get to that.

If you were wondering where the Taycan sits in the Porsche family and what buyers get for their money, it’s not particularly complicated.

Internationally, the range starts with a newly announced, rear-drive only, base model Porsche Taycan. It has no variant name, just Taycan. While the entry-level Taycan hasn’t been confirmed for Australia at this stage, we'd anticipate a price tag around $160,000 if it does come to Australia.

Right now, Porsche Australia is more focussed on the imminent launch of the Taycan's other three models. 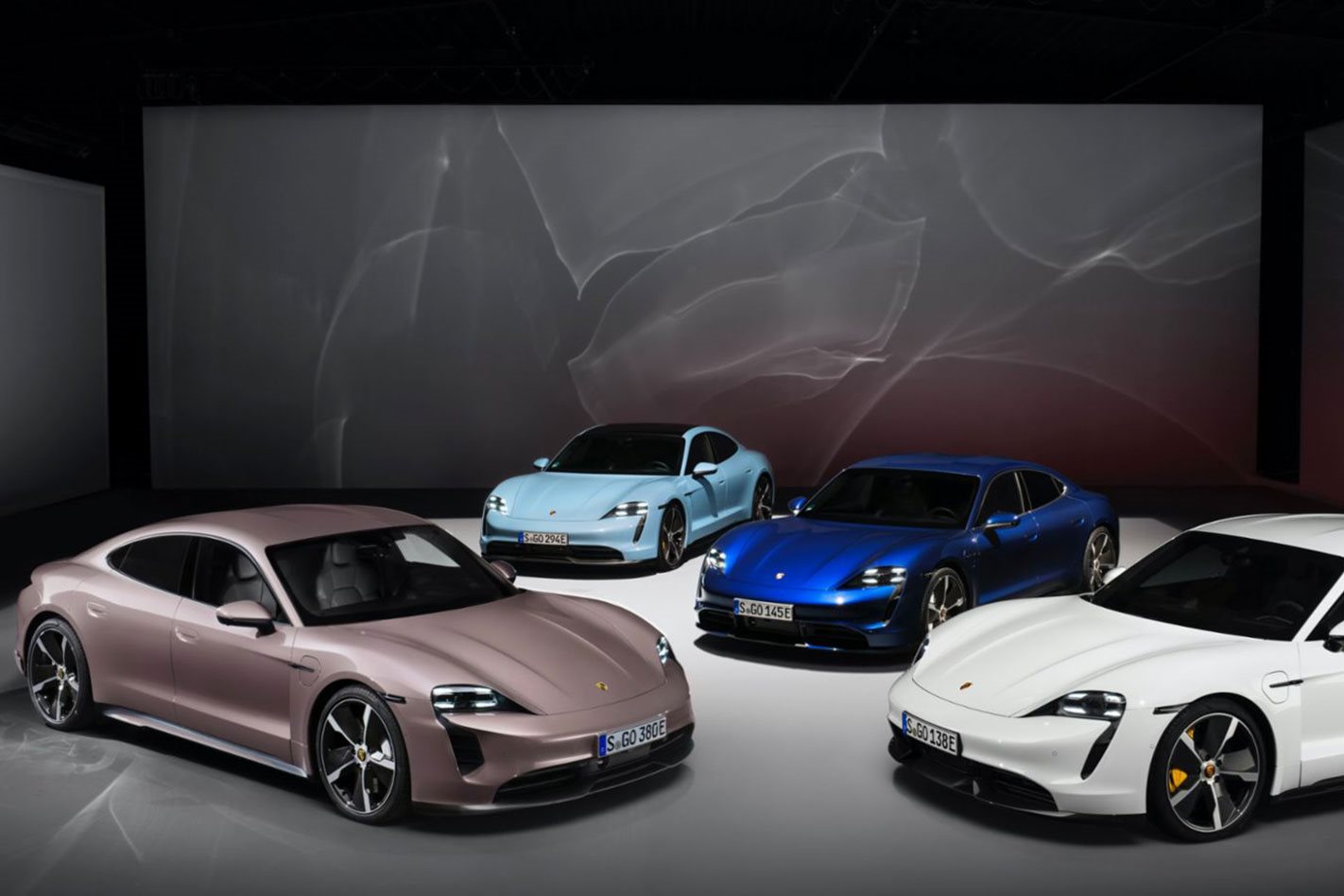 Australians craving their taste of Taycan will have to start with the Porsche Taycan 4S initially, priced from $190,400. This is cheaper than the Porsche Panamera and 911 by a considerable margin.

As the name suggests, the Taycan 4S utilises all four wheels for drive, has a 79.2kWh battery pack that provides up to 320kW and 640Nm, and can add 70kW to the total power when Launch Control is activated.

The Taycan 4S accelerates from 0-100km/h in 4.0 seconds, Porsche claims, but doing so repeatedly is likely to put a dent in the claimed 408km maximum range. Porsche says 335km is the minimum range you can expect from a Taycan 4S. 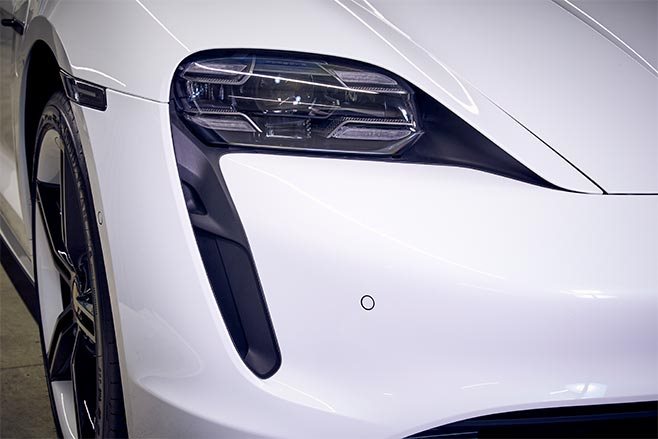 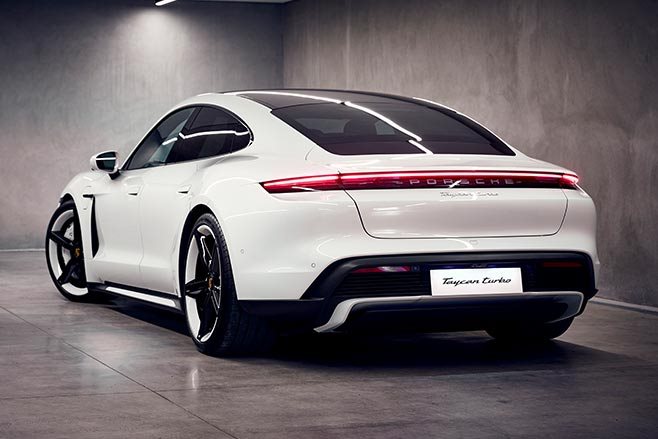 In terms of suspension, all Taycans score Porsche Active Suspension Management (PASM) and can be optioned with rear-axle steering, though only the Turbo S gets that as standard.

Charging times vary wildly depending on the method utilised, with as little as five minutes delivering 100km if using a 270kW direct current charger, or just over 22 minutes to charge from 5 per cent battery to 80 per cent with the same charger. It's worth noting that the smaller battery 4S can only handle 225kW charging.

Using a typical DC charger with around 11kW, the Taycan is best left overnight as it’s a nine-hour recharge. 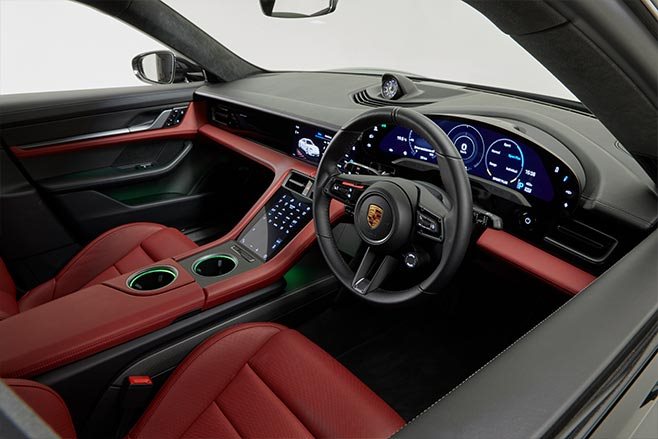 Additionally, Porsche will offer a completely leather-free interior option for the Taycan in the interests of sustainability. While leather will remain on the list of options, materials like aluminium, wood, carbon, and Porsche’s suede-like Race-Tex will be able to create a vegan-friendly Taycan.

The Porsche Taycan launches in Australia in February 2021.