Toyota’s next-generation Mirai sedan has been confirmed for Australia, with the hydrogen-powered sedan due here before March next year.

There’s a catch, though. Toyota will only import 20 cars for government and business fleets, kicking off its fuel-cell electric vehicle offensive with a small and calculated delivery.

It’s unclear when, or for how much, the brand intends to sell the Mirai to the public since the press release withholds any market information on the second-generation sedan which is due to be revealed in production trim later this month in Japan.

The fleets set to receive the cars are not revealed, either. Toyota partnered with the Australian government to establish the site under its Australian Renewable Energy Agency push.

The station forms part of a Zero Emissions Centre of Excellence where hydrogen is just one technology demonstrated alongside solar and battery storage.

The site is now moving on to stage two after completing stage one earlier this year, which the government says requires the site to “demonstrate that green hydrogen can fuel vehicles and supply electricity through the use of a fuel cell”.

It follows the government’s most recently announced subsidy from the Clean Energy Finance Corporation that has pledged $300m to advance clean energy in Australia. The new Mirai comes four years after three first-generation cars arrived here to spruik the technology, but the new version is markedly less polarising than the one that went before it.

As well as switching to a rear-drive platform, advancements in the new Mirai’s fuel cell system liberate an extra 30 per cent range, promising around 650km on a single tank.

This improvement comes from the car’s new layout creating space for a fourth hydrogen storage tank. 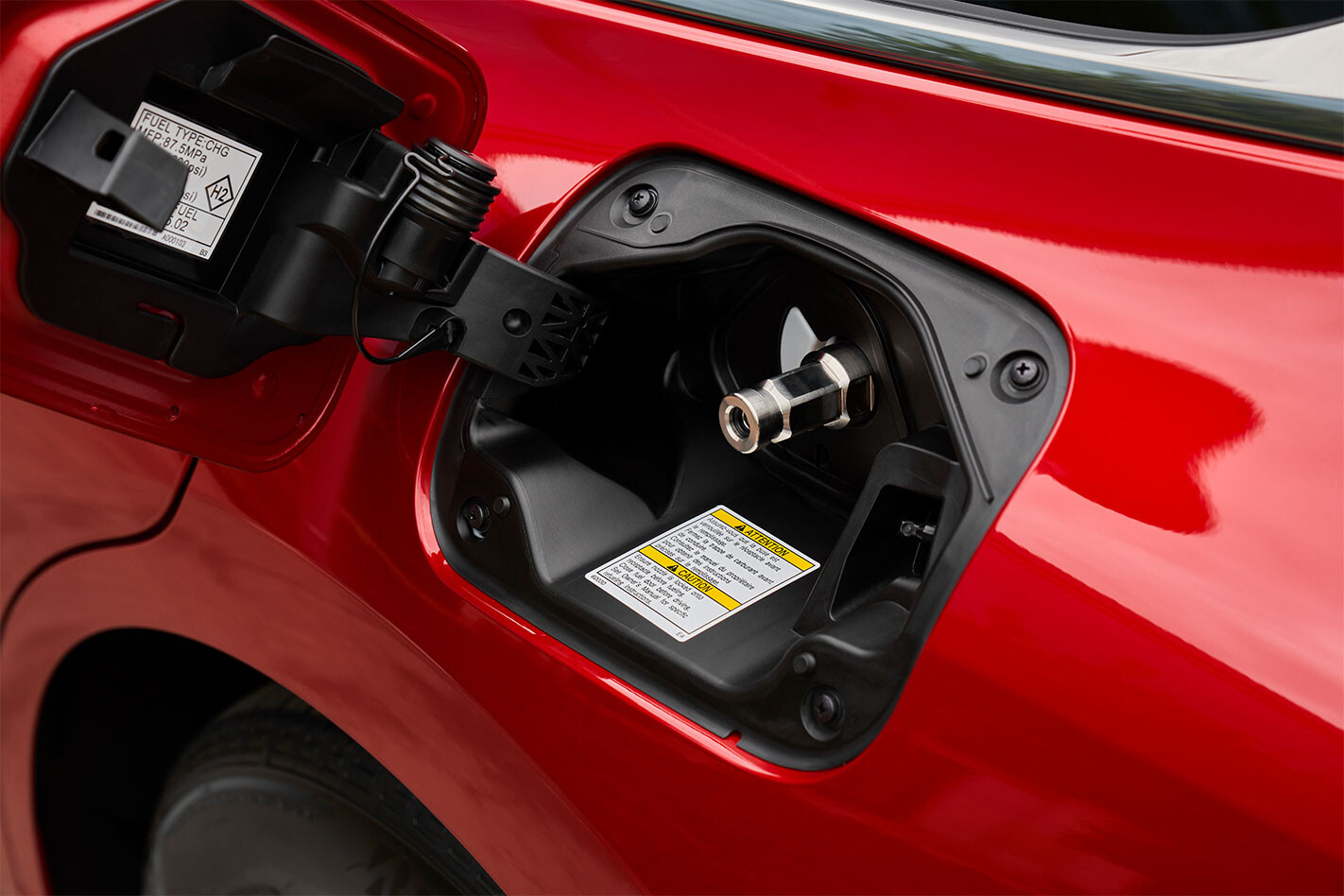 How do they work? The Toyota Mirai is essentially an electric car with a hydrogen fuel cell, which relies on chemical reactions to create power while emitting nothing but water.

It harnesses the low-emissions advantages of EV technology while skipping the need for lengthy re-charges, given the hydrogen can be replenished quickly like regular fuel.

However, transporting and storing hydrogen is difficult and potentially dangerous, and only a handful of filling stations exist within Australia.