After many years and decades of struggling for attention, battery electric vehicles are now very much a part of the automotive landscape and gaining traction fast, with an increasing number of options for people looking to ditch combustion power.

Less publicised, however, is a type of electric vehicle that is still quietly emerging as a feasible alternative alongside battery-powered EVs, but a recent federal government investment into hydrogen infrastructure, fuel-cell cars have been brought to the forefront.

If you’ve noticed the blip of hydrogen power appear on your alternative energy radar then you might be wondering what options are open to drivers or fleets looking to cut emissions with a more sustainably powered vehicle, and where battery power doesn’t quite fit.

How do hydrogen cars work?

Essentially, a hydrogen fuel-cell car is an electric vehicle but its key difference compared with any EV currently on sale in Australia is that, instead of drawing power from pre-charged batteries, the hydrogen car produces its electricity as it’s required - in-house, so to speak.

It does this using a fuel cell - a clever device that introduces hydrogen gas into a ‘stack’ of cells where it combines with oxygen drawn in from the atmosphere to produce electricity and just one byproduct - pure water.

This electricity is then sent to an electric motor or motors which drives the vehicle - just like any other EV.

Compared with battery EVs, hydrogen-fuelled electric cars have one particular advantage when it comes to refuelling. While even the best batteries take about 20 minutes for an 80 percent charge, a fuel-cell car's hydrogen tank can be fully topped up in about the same time it takes to fill a petrol tank.

MORE Australia is will have its own hydrogen-powered car

In other words, the amount of electricity that can be generated with a given mass of hydrogen is greater than the amount you can store in a battery of the same weight.

Put simply, hydrogen fuel-cell cars can go further between top-ups, and take less time to refuel when you do eventually have to stop. Does that sound compelling?

Hydrogen on the horizon

At this stage, there are no fuel cell-powered cars available to buy or lease in Australia in the same way you might purchase a battery EV (or any other car for that matter). But there are a few examples in the country, and that’s significant.

Over the last few years, both Hyundai and Toyota have been working hard to pave the way for Australia’s hydrogen options by bringing in a fuel cell electric vehicle or two, and the company collaboration has accelerated the cause.

Hyundai’s latest hydrogen-powered car was revealed at the 2018 Consumer Electronics Show and is a full series-production model, which means it has been developed, tested and built to be owned and used like any of the company’s models. 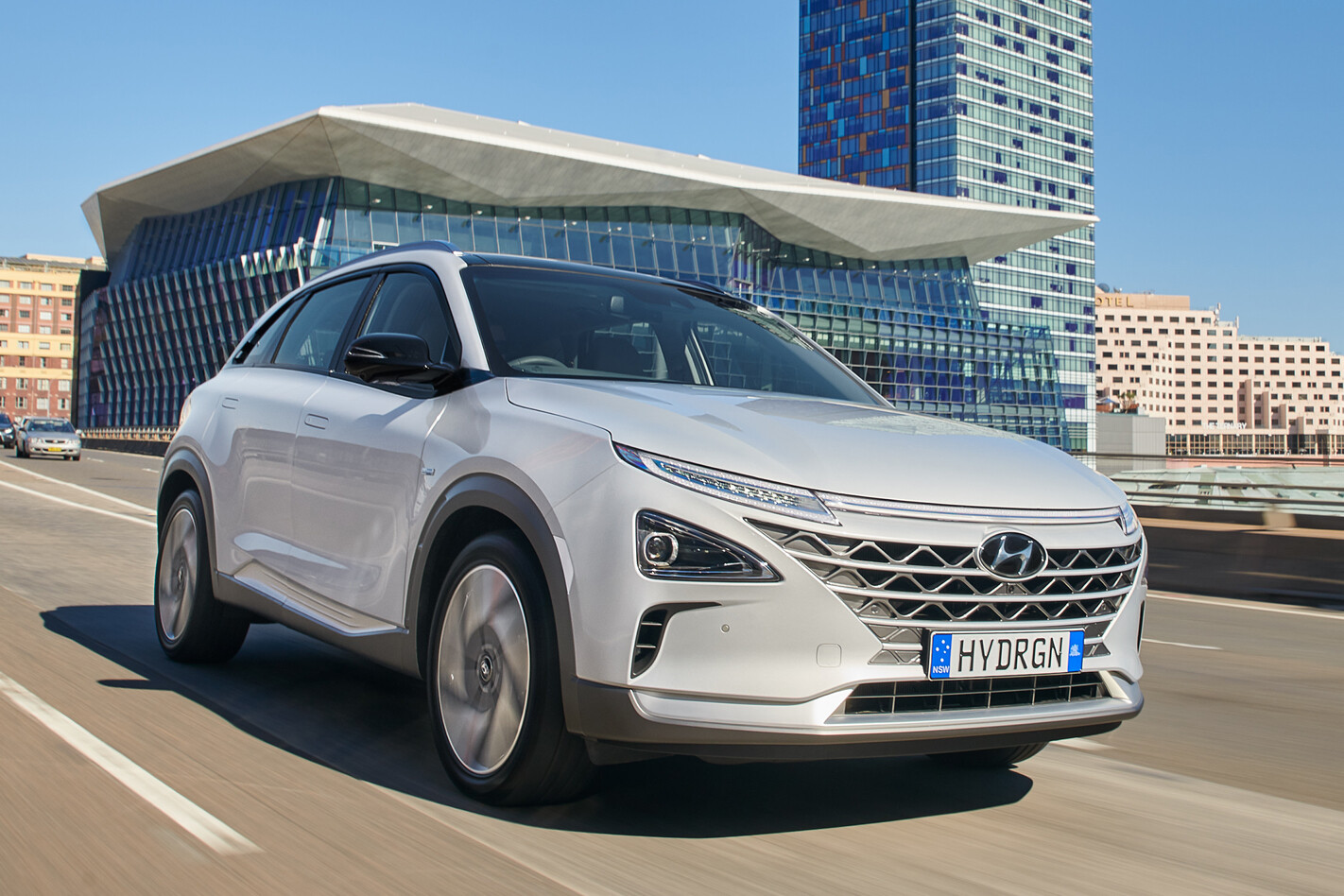 While it packs revolutionary technology under its skin, the Hyundai appears to be nothing more than a large SUV about the same size as a Santa Fe with sharpened styling - something that’s likely to boost its appeal with large-SUV-loving Aussies.

The Nexo supersedes the company’s first production hydrogen car - the ix35 Fuel Cell but, as with any model successor, it took a couple of big steps forward, including a new platform that was specifically designed to accommodate fuel-cell hardware and larger fuel tanks that hold just over six kilograms of hydrogen - enough for between 650km and 800km of driving.

Hyundai Australia has 20 Nexos already in the country but these pioneers are not for sale just yet. Instead, they are being loaned to various organisations including government bodies to evaluate their feasibility.

If the outcome of the real-world assessment is positive, the Nexo will be only a few steps away from Hyundai dealerships said Hyundai Future Mobility and Government Relations senior manager - and the Australian Hydrogen Council director - Scott Nargar.

“We’re about to launch the Hyundai Nexo in Australia and then we will look at other opportunities for the future, but Hyundai global is really focused on that hydrogen transport.”

Like the Nexo, Toyota’s Mirai is also a full production hydrogen model, and is now into its second generation. 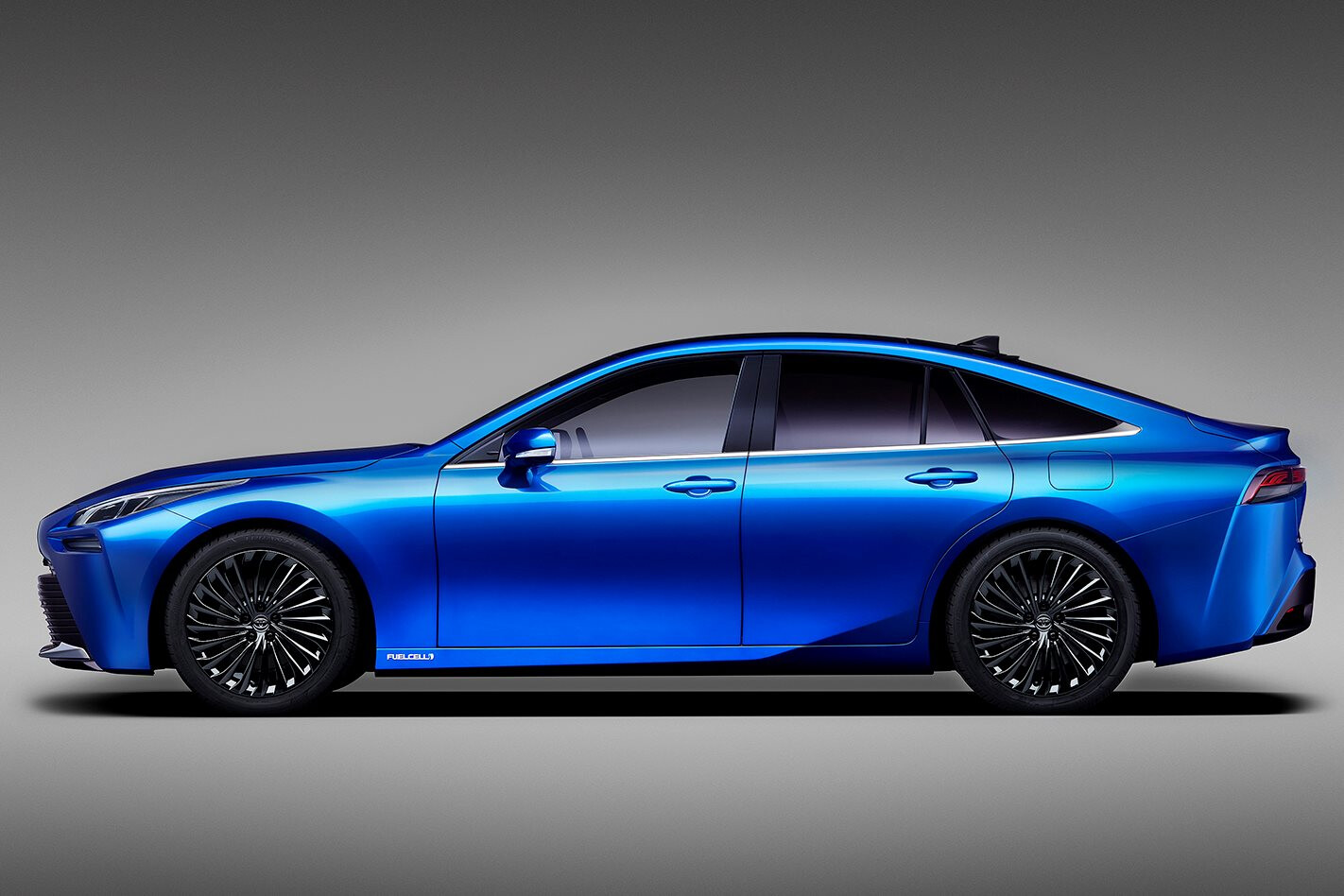 “There’s a reason we’re investing all of this money bringing Mirais into the country and setting up a hydrogen fuelling station. We do think it’s a key part of the future make up of cars in this country,” he said.

“We clearly want fuel cell cars to form part of the mobility landscape here in Australia.

"If and when everything is appropriate to do that, there’s no reason we wouldn’t bring in hydrogen fuel cell vehicles to Australia.”

Unlike the Nexo, Toyota’s offering is in sedan form and, with rear-drive it’s more focused on driving dynamics than SUV practicality, but it delivers similar range and efficiency proposition.

Toyota has a number of Mirais in the country performing similar duties to Hyundai’s Nexo, building the profile of the hydrogen vehicle and raising public awareness Down Under.

One development that might push the Mirai closer to Australian showrooms is its appearance on the list of vehicles you may be able to privately import directly from Japan.

Recent changes to the Specialist and Enthusiast Vehicle Scheme will allow private importers to bring in a Mirai independently of Toyota. 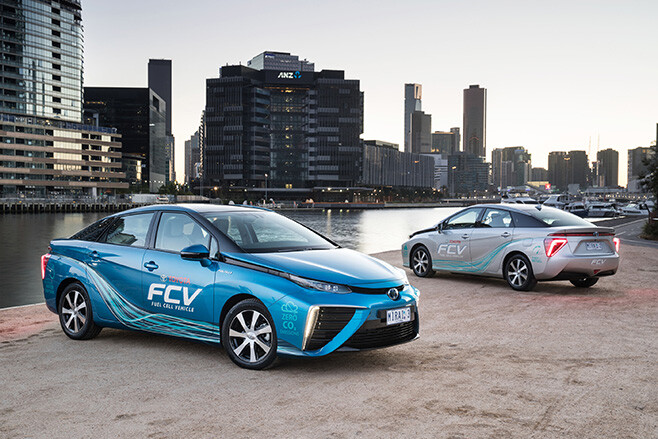 What’s the hold-up with hydrogen?

Firstly, current Australian hydrogen production, while prolific and abundant, is produced using relatively dirty fossil fuels as the primary source of energy, which neutralises any environmental and carbon reduction benefits in cars when the entire equation is considered.

But that problem appears to have a solution at last with a massive pledge of cash from the federal government that will pump $300 million into advancing the clean production of hydrogen in Australia and the industries to support it.

Secondly, refuelling infrastructure has been all but nonexistent... and you wouldn’t buy a tin of baked beans if no one in Australia sold a can opener, would you?

Here too, the combined efforts of Toyota, Hyundai and the government are initiating the network of hydrogen refuelling stations that will allow fuel cell vehicles to be driven between capitals and topped up conveniently.

Hyundai has been pumping gas at its Sydney headquarters since 2016, and Toyota is working on its first permanent facility in Altona Victoria to replace its current truck-mounted solution, but neither are yet officially accessible to the public.

However, the first public station will open its pumps for business in the third quarter of this year and it will be followed by facilities in Western Australia and Brisbane. With funding from the new government investment, more will follow.

“In Australia we have huge solar resources and a lot of land and we have a lot of the capability to make that product,” said Nargar.

“we have the CSIRO cracker turning Ammonia into Hydrogen for transport allowing us to ship green Australian energy around the world that can be crack it into hydrogen at the entry port of other countries”.

“For ourselves, we are looking at the opportunities to generate renewable hydrogen, which is not done in any big way in Australia right now. Whether it’s energy used to power transport; cars, buses, trucks, trains, trams and ferries or whether it’s going into grid or being exported, it’s the same product, and molecule, and quality.”

Perhaps most encouragingly, hydrogen fuel cells have the potential to solve an even bigger problem - quite literally. “Battery electric vehicles are, generally speaking, better as little city runabouts but something like a truck? I’m not sure how Tesla is going to make a semi truck that runs on batteries, whereas that’s the perfect place to be putting fuel cells,” said Rodriguez.

“Would you rather carry around 100kg of hydrogen or six or seven tons of batteries?”

Once again, energy density and the ability to produce more power from less weight lends itself to large vehicles that need big pulling power and long range.

“Heavy mining trucks - why not manufacture your hydrogen on-site from renewables and power your trucks and use stationary fuel cells to power your sites rather than shipping in all that diesel?" he said.

“Heavy vehicle applications are huge. If you can get the Eastern seaboard right with a really good robust link, there are some really good opportunities there. For heavy vehicles, hydrogen is the fuel of the future.”

The alliance between Toyota and Hyundai is set to continue long beyond the point that the first hydrogen cars go on sale locally, with both brands agreeing that fuel cell power prospects are better with more companies vying for the same goal.

“We don’t want to dominate the market; we want competition, we want people to have choice. We’ve got a great SUV, they’ve got a good-looking sedan,” said Nargar.

With the end of the Lion vs Blue Oval automotive battle, Rodriguez said a new high-tech rivalry could result in similarly mutual gains when Hyundai, Toyota and others eventually get to compete on the forecourts.

“Take the sportscar segment, for example,” he said. “If you’re the only one making a certain vehicle in a certain segment it’s better if you have a good strong rival - a Ford vs Holden or a Camaro vs Mustang. “It builds excitement for people to want to get into those cars. The same thing makes sense in hydrogen fuel cell cars as well”.