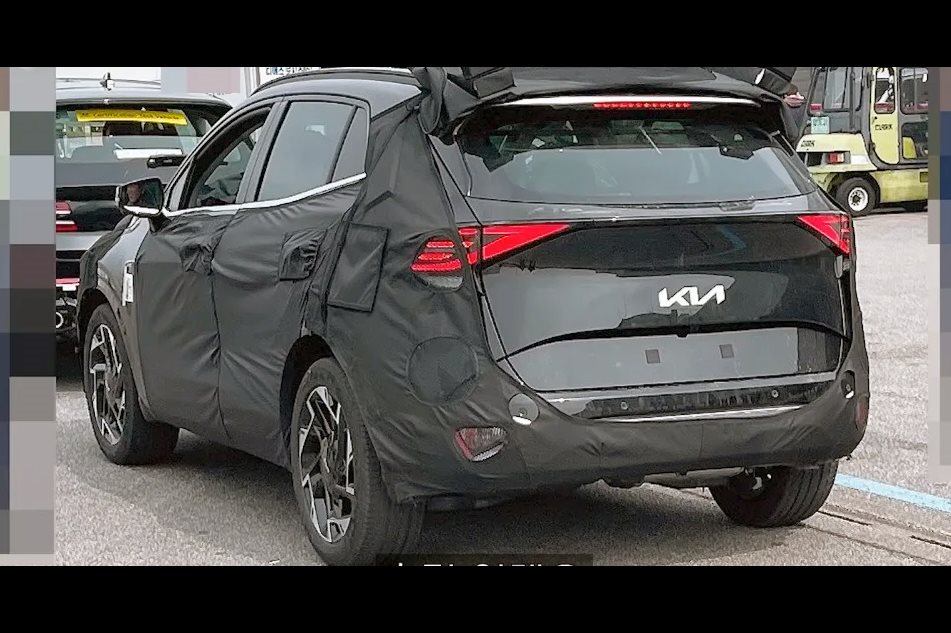 UPDATE, April 2: A key spy photo published in the Korean press have delivered a revealing look at the upcoming new 2022 Kia Sportage – particularly its backside.

While there is still plenty left to be revealed, this new image shows a pair of sharply tapered tail-lamps beneath a high-set rear window, flowing down to the futuristic new KIA logo. (Or 'KVI' as some punters have noted on social media.)

The new photo, posted to enthusiast page The Korean Car Blog, is understood to represent a look at the standard 'short wheelbase' model, with a stretched version expected to appear – just as Hyundai has offered standard and long-wheelbase versions of its big Santa Fe SUV in generations past.

Expect the new Sportage to ride on the same architecture that underpins the new Hyundai Tucson, with petrol, diesel, and petrol-electric hybrid engines on offer – however, Australian buyers, as noted below in our earlier coverage, will not be offered the hybrid.

The new 2022 Sportage is expected to be revealed sometime by July, although the company has yet to make an announcement.

An Australian debut is confirmed for later this year, although, as with all things, that timing could be revised to an early 2022 date. We'll know more in the months ahead.

October 1, 2020: Kia has confirmed that Australian customers will not be offered a hybrid version of the new Sportage small SUV when it arrives late next year, but a powerful and efficient T-GDi engine could introduce turbo petrol performance for the first time.

Speaking to WhichCar, a Kia Australia spokesperson explained that all local Sportage stock is sourced from the car maker’s South Korean factory, with no option to select from other global production facilities, including the Zilina Plant in Slovakia where the model’s first hybrid version will be built.

However, the Gwangju plant that supplies Australian Sportages produces a version powered by a 1.6-litre turbocharged four-cylinder petrol engine, alongside the 2.0-litre naturally aspirated petrol, the 2.4-litre version and 2.0-litre turbo diesel that forms the current local line-up. 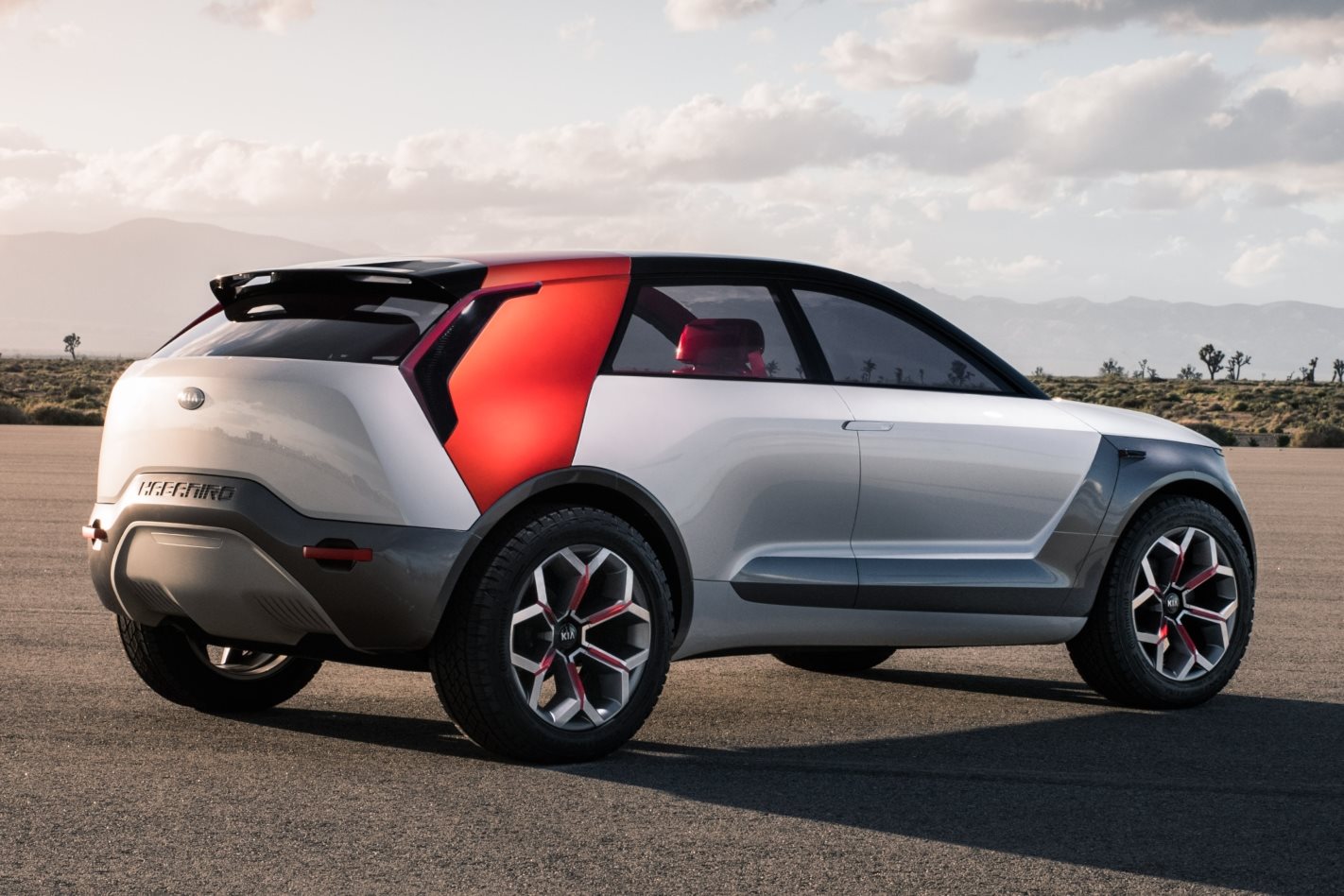 Don't get too excited. The spicy Kia Habeniro concept previews a new all-electric model, but might hint at Sportage design

Introducing a sportier 1.6-litre turbo would align with Kia’s strategy to roll out more driver-focused options under its GT and GT-Line sub brands – a commitment that’s already introduced range-topping turbo petrol versions of the Picanto, Rio, Cerato and Optima.

Perhaps more importantly though, the smaller engine has a more feisty 150kW tune available, which provides the decent performance found in the Cerato GT. As a bonus the smaller engine returns significantly better fuel economy than the 2.4-litre in both states of tune.

A 130kW version would likely take over the GT-Line variant from the current line up, while a 150kW Sportage would introduce a new GT variant.

Sister brand Hyundai has been offering the well rounded turbo engine under the bonnet of its closely related Tucson for some time, and will continue to sell a 1.6-litre turbo version in the freshly revealed model, due to land in Australia ahead of the Sportage in the first half of 2021. 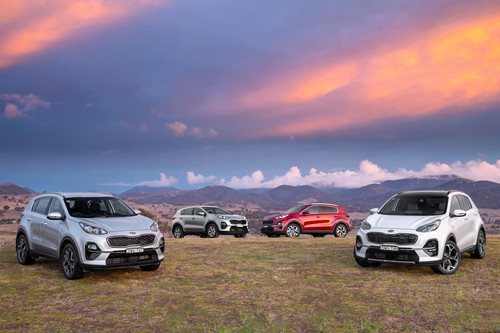 Kia, however, says it is not in a position to discuss the fifth-generation Sportage’s details this far out from its launch, prolonging the silence around the popular model.

While the company has been vocal about the various range updates and other new model introductions, there has been virtually no noise relating to the 2021 Sportage.

No recent concepts hint at the design direction for the new model, nor have any technological titbits been leaked into the public sphere. Even pictures capturing a prototype under development in South Korea reveal little-to-no new information thanks to heavy disguises.

The company’s Sonet compact SUV that was recently launched in India may offer a few hints at what a new Sportage could look like. While the charismatic model is not chalked for Australia, as the most recent new high-rider to emerge from the car maker, it’s likely to preview family resemblances. 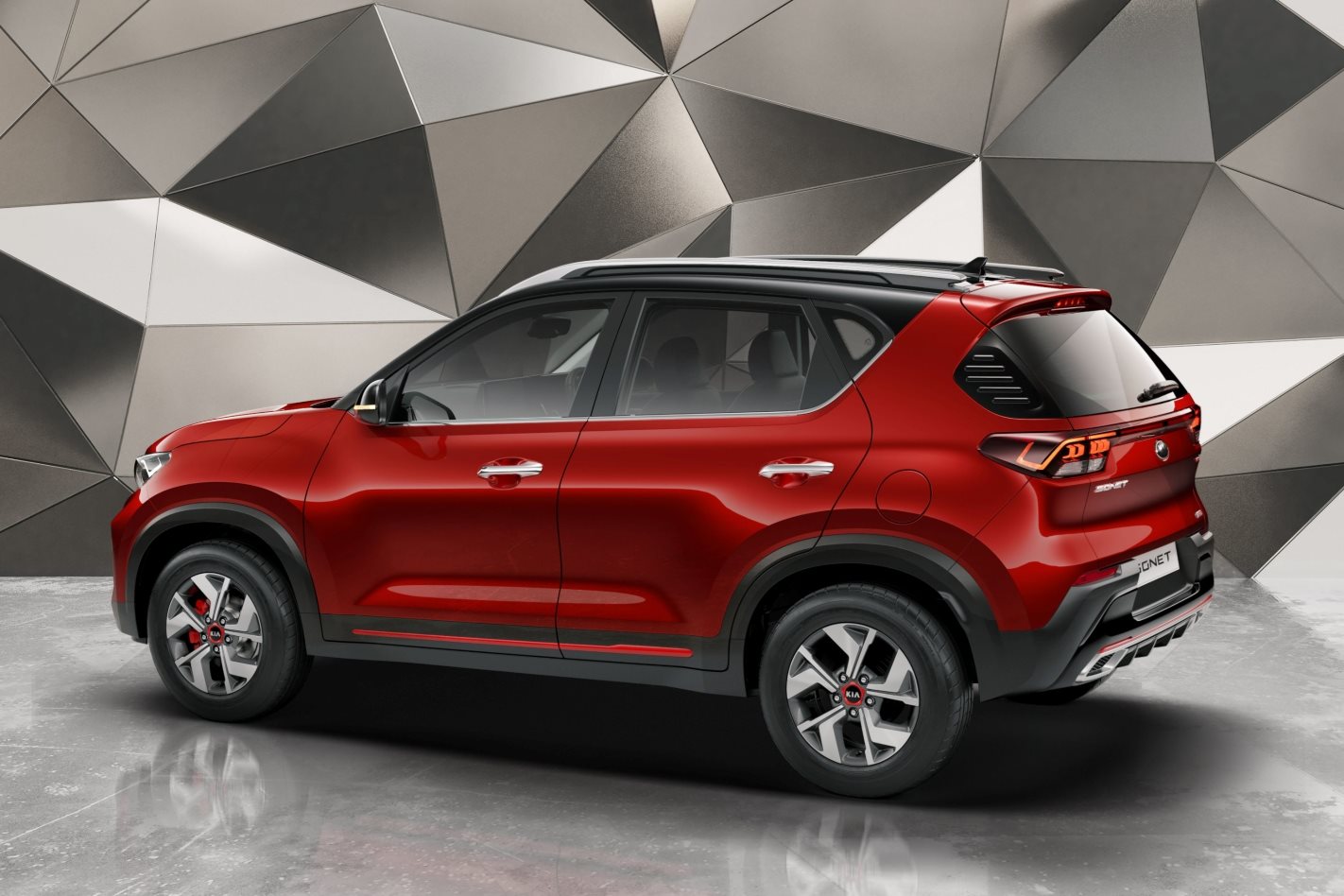 The current Sportage model was treated to a facelift (or PE, as Kia refers to it) in early 2017 so the local launch in late 2021 would align with Kia’s typical five-year lifecycle for mainstream passenger and SUV models.

With a global launch of the new Sportage planned for April 2021, it’s unusual for the company to have not already cranked up the publicity and hype machine, but don’t expect it to remain that way for long.