The annual Apple Worldwide Developers conference has provided some clues as to how soon we’re likely to see the iCar.

APPLE’S annual meeting of the minds – the 2016 Worldwide Apple Developers Conference – took place in San Francisco's Silicon Valley yesterday. While there’s no formal announcement that the software and computing giant is working on its own version of a car, there are clues as to how it wants to become more integrated into vehicles.

Here’s five things flagged in the conference to watch out for.

1. SOFTWARE DEVELOPERS CAN NOW PLAY AROUND WITH SIRI

Up until now, Apple’s voice recognition system, called Siri, has been a closed shop to developers. It’s made life a bit difficult for carmakers, who have had to restrict their smartphone connectivity to whatever Apple thought the software needed, and not what carmakers wanted. What does it mean? Well, for carmakers it will lead to a golden age of hands-free functionality, as they will be able to see how Siri works and build in their own wants and needs. For car owners, it means one day you won’t even need to get your phone out of your pocket to, say, summon your fully imported Holden Commodore out of the garage and into the driveway before you even walk out the front door. And if you don’t own a car, it means that ride-sharing app developers such as Uber will be able to let you book one without even having to unlock your phone’s screen. 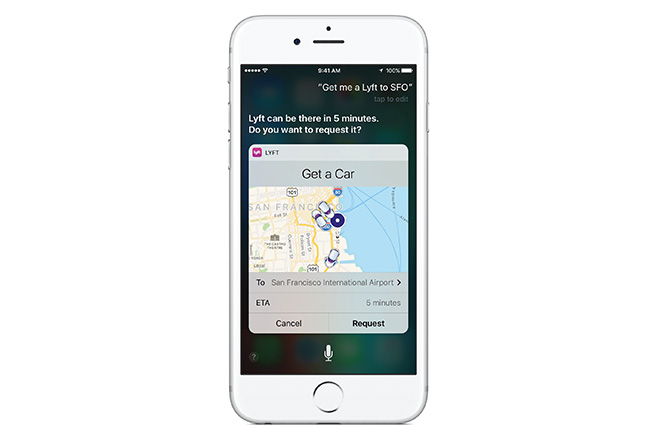 2. APPLE MAPS WILL SOON STEER YOU TO HELP

Okay, it sounds like such a small thing, but for Apple’s Maps, it’s a big step forward. Mapping rival Google is streets ahead of the Apple set in terms of building smart mapping software that helps users deal with everyday problems such as where to buy lunch, how long it will take to get to the next meeting, and where’s the nearest place to top up the tank.

Like Siri, Apple has announced it will open up its mapping software to developers, giving carmakers a chance to integrate apps more closely with the driver. An example: A tyre pressure warning appears on the dash of your BMW 3 Series. The car’s onboard computer will assess how fast the run-flat tyre is losing pressure, and steer you via its map interface to the nearest service centre to have a replacement fitted. 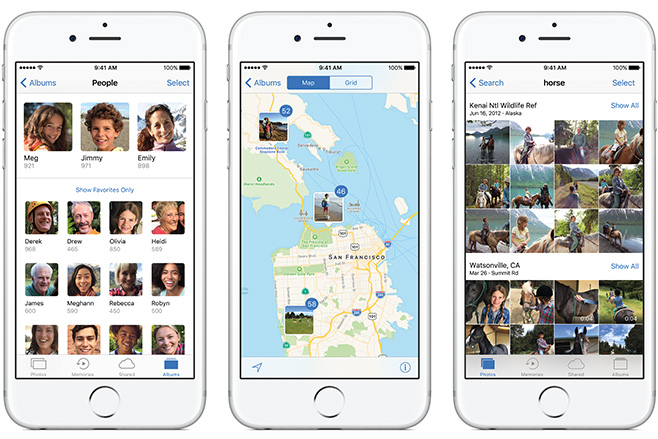 It’s still a long way from Dick Tracy's wrist radio, but the tech giant is making a few improvements to its Apple Watch that will make it work faster, and with more functions aimed at improving productivity and minimising distractions. As you’re driving a non-smartphone-friendly Volkswagen Beetle, you’ll be able to glance at an incoming call flagged on your wrist, and decide to either take it or send a canned response such as “Sorry, I’m unable to talk right now, I’m stuck in the 20th century” as a text message. However, the Apple Watch still appears to be a halfway step between you and your smartphone. 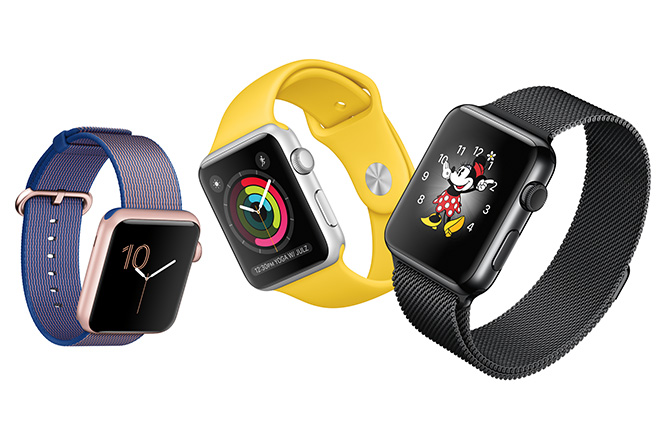 Volkswagen earlier this year flagged that it wanted to add the Internet of Things to its cars, via the BUDD-e concept unveiled at this year’s Consumer Electronics Show in Las Vegas. Internet of Things? It’s this idea that everything has internet connectivity, from your fridge at home to your car. It’s a bit pie in the sky at the moment, but we can imagine a day in the near future where you’re busy at work and Australia Post phones to say your limited edition Marty McFly 50th anniversary hoverboard has arrived, where would you like it delivered? Not a problem. Just ask your laptop to grant keyless access to Australia Post so the delivery person can open the boot of your vehicle in the work car park, and drop the parcel straight in. All without closing that important spreadsheet. 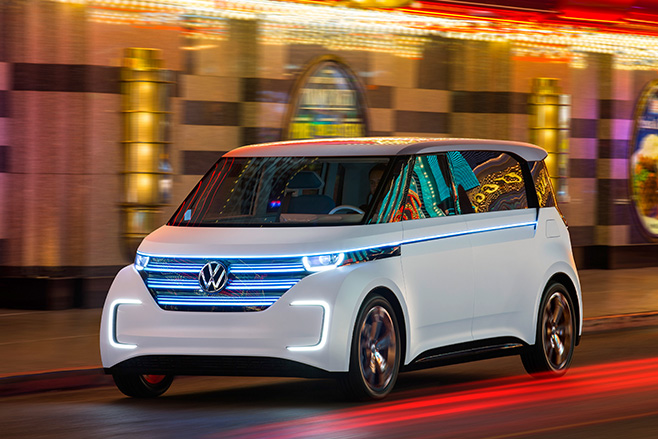 What’s that saying? Home is where the car is? Your home is a thing, and Apple’s push to integrate the internet of things with its software means your smartphone is likely to become an even more important part of getting out of bed each day. Apple wants to own this space, which is why it is launching a new app – the equivalent of its CarPlay software for cars – unimaginatively called Home. The IoT, as it’s known in its short form, will extend to things such as garage doors and charging stations for electric cars, which Apple hopes will one day be controlled via Home. It means you’ll be able to check the charge status of your Nissan Leaf while you lie in bed wondering if the coffee machine has woken from its electronic slumber to make a brew.

Well, that’s it. From a car point of view, the Worldwide Apple Developers Conference shows the software and computing giant is really just kicking tyres rather than making a serious investment in the carmaking world with iCar. Let’s see what next year brings.