Hyundai’s popular hatch has been given a European makeover.

The new generation Hyundai i30 will come with more power and tech when it is launched in Australia in mid-2017.

Hyundai has revealed the highly anticipated i30 third generation in Germany.

The five-door, five-seat i30 will be manufactured in the Czech Republic for European market, while the Australian i30 will continue to be built in South Korea.

The suspension and steering was tuned for local conditions via an “extensive engineering and development testing” program run in the Australian outback since January. 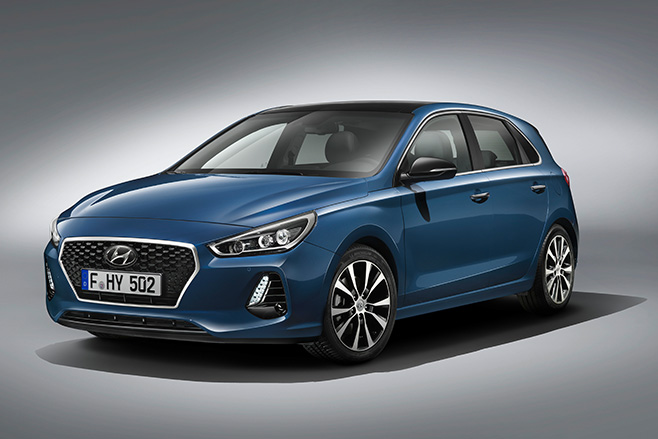 European versions will come with economic engine options including a frugal 1.0-litre three-cylinder turbo petrol (T-GDI) and new light-weight 1.4-litre four cylinder petrol T-GDI. It’s unlikely these frugal engines will make their way to Australia; instead the local cars will come with a 2.0-litre petrol four cylinder engine as standard with an automatic transmission, replacing the current 1.8-litre motor.

An updated version of the 1.6-four cylinder diesel engine with 7-speed Double Clutch Transmission (DCT) will also be available.

Manual options are yet to be confirmed for Australian variants. 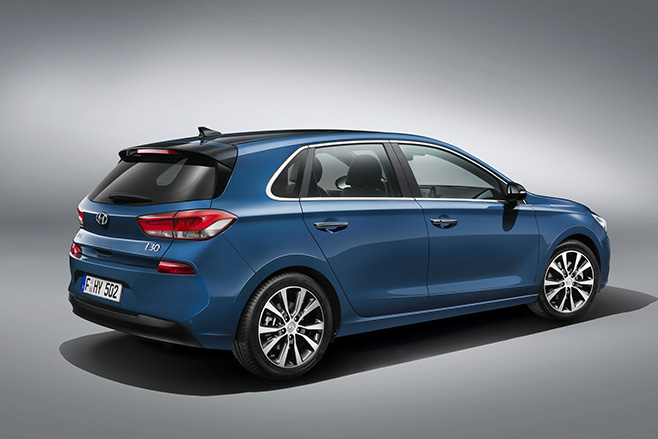 The SR will also come with independent rear suspension, replacing the torsion beam springs which will still be at the rear of the standard models.

The front of the Hyundai i30 sports a new “Cascading Grille” similar to that on the latest i40 and Elantra models, which, apparently, is characterised by a “downward tapering gesture inspired by the flow of molten steel”. Its fresh face is completed by LED headlamps and the vertical running lights enhance by projector-type front fog lamps are integrated into the air intakes.

Aerodynamic performance is enhanced through several measures including a rear spoiler and improved airflow through the front grille and bumper to reduce turbulence in the wheel housing.

The new Generation Hyundai i30 will come with 12 exterior paint options and three wheel choices, including 16 or 17-inch10-spoke alloy wheels, or 15-inch alloy or steel wheels. 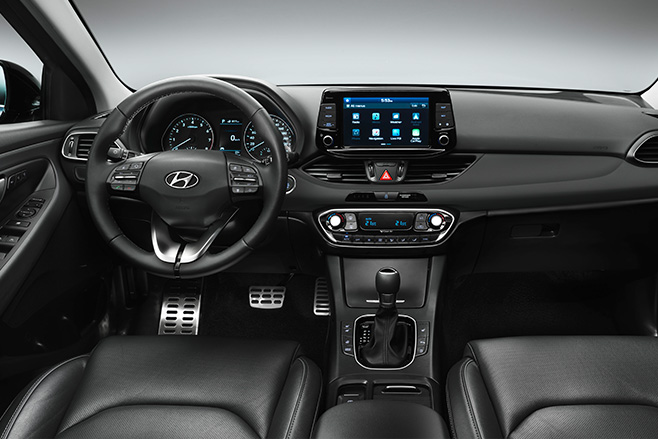 The interior also has a sophisticated Euro look with slightly more leg and shoulder room than the previous model despite sitting on the same 2650mm wheelbase.

Up front is a 7-inch touch, which rises out of the dashboard vertically Mazda style – there will be an optional 8-inch version. The launch of the i30 in Australia will also be the debut of Hyundai’s next generation multimedia system, incorporating Sat Nav, Apple CarPlay and Android Auto.

Hyundai Australia says it’s too soon to confirm the local i30 model range, equipment levels and pricing, but will “target a competitive price/value ratio on all trim levels”.

It is confident the i30 brand will continue to be a big success in this country.