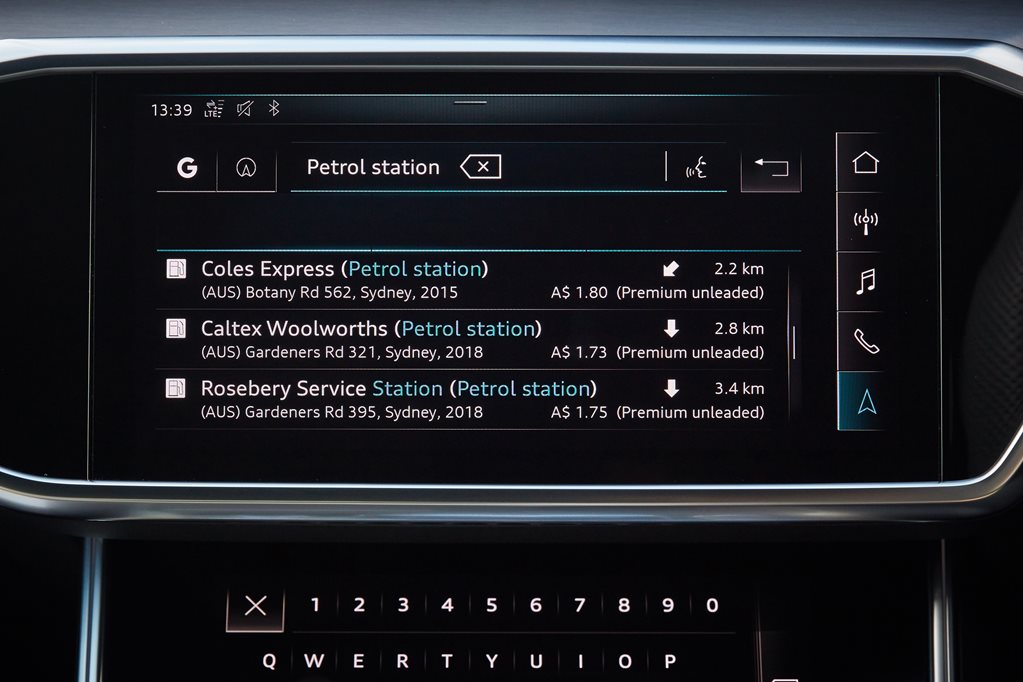 Audi has whipped the dropcloth off its all-new A6 sedan for Australia, which joins the A8 and Q8 in debuting Audi’s latest connectivity set, known as Connect Plus, which uses an onboard SIM card to keep the A6 connected to the internet at all times.

The system, which relies on 3G and 4G mobile connectivity, links deeply with the Audi’s onboard computers to bring a higher level of online functionality to the A6 than was previously available on the A8 and Q8.

Australian testing of the system has taken place using an e-tron SUV mule, which has covered more than 10,000km thus far tracing the major 3G/4G connectivity corridors in NSW, Queensland and Victoria. 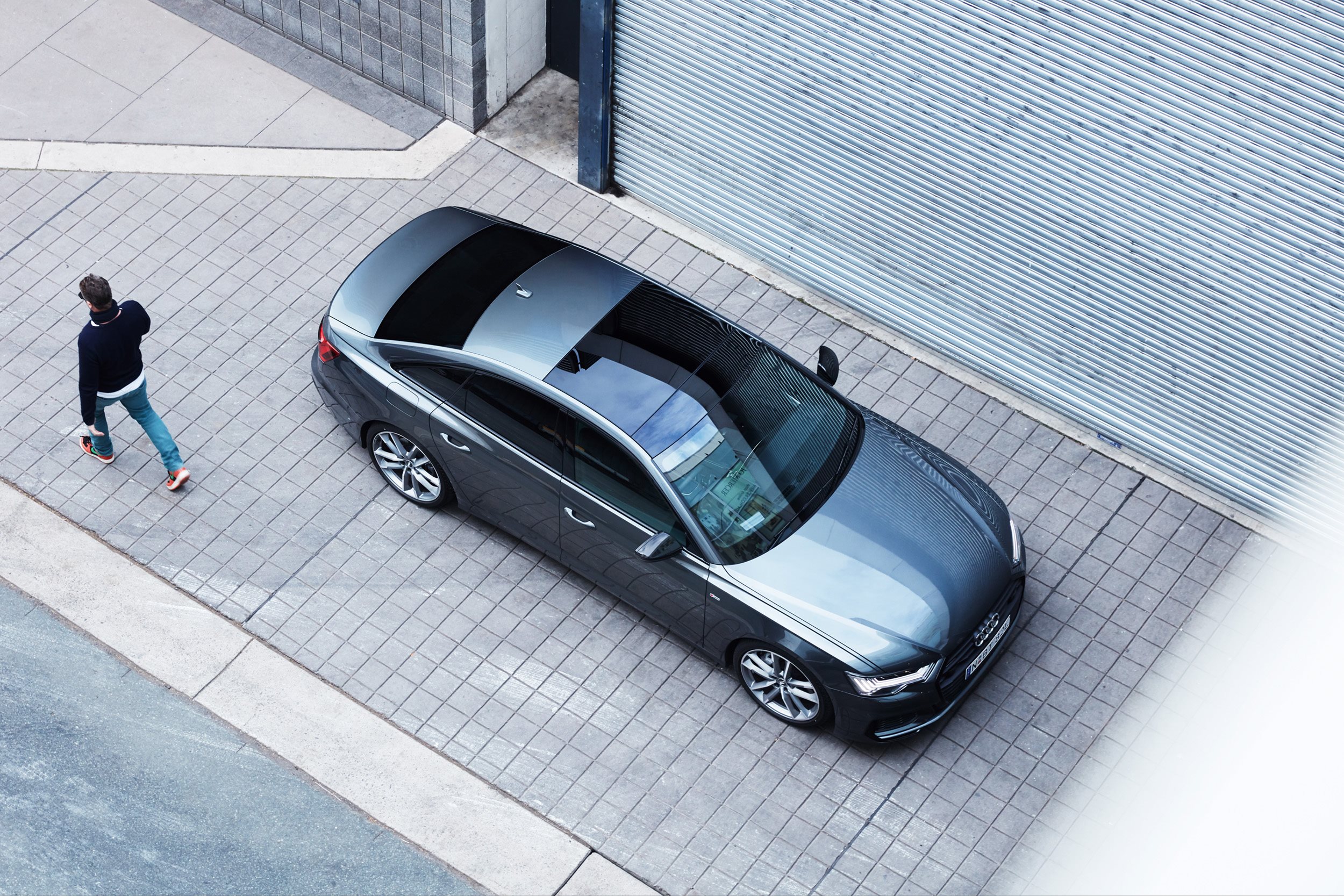 Most of the systems aren’t new in concept, but Audi says that the system is at the forefront of the burgeoning connectivity sector.

For example, a Service Call button installed in the A6’s headliner above the dash connects with an Audi roadside assistance call centre, should a customer break down or have some sort of drama.

An SOS function can also be activated via a manual button or via an airbag deployment. In the case of the latter, the call centre will liaise directly with local emergency services. If the driver doesn’t respond to prompts, the system can then escalate the emergency to suit. 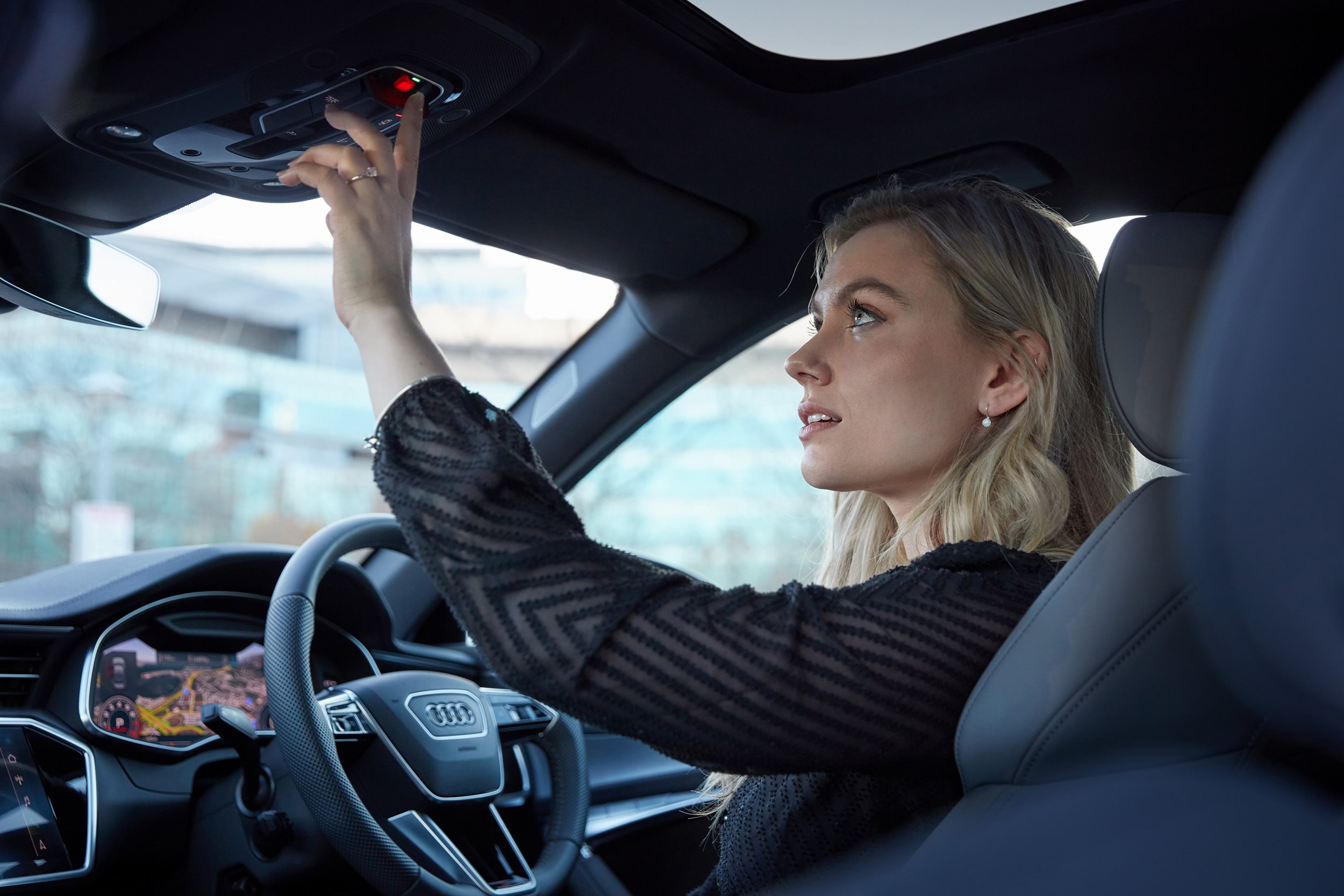 It can even count how many airbags have deployed and how many people are in the car (via seatbelt sensors), provide a location and even the car’s colour to the relevant emergency services.

The A6 can also send a push notification to a myAudi smartphone app if someone tries to break into it, and the owner can unlock the car from anywhere in the world and relock it. You can activate the horn and hazards remotely.

MORE CSI Auto: how cars are the latest weapon in forensics

The system also takes finding a parking spot to the next level. It works with garages that have occupation sensors on their floors to give a heads-up on the number of spots, operating hours and costs within a given radius. 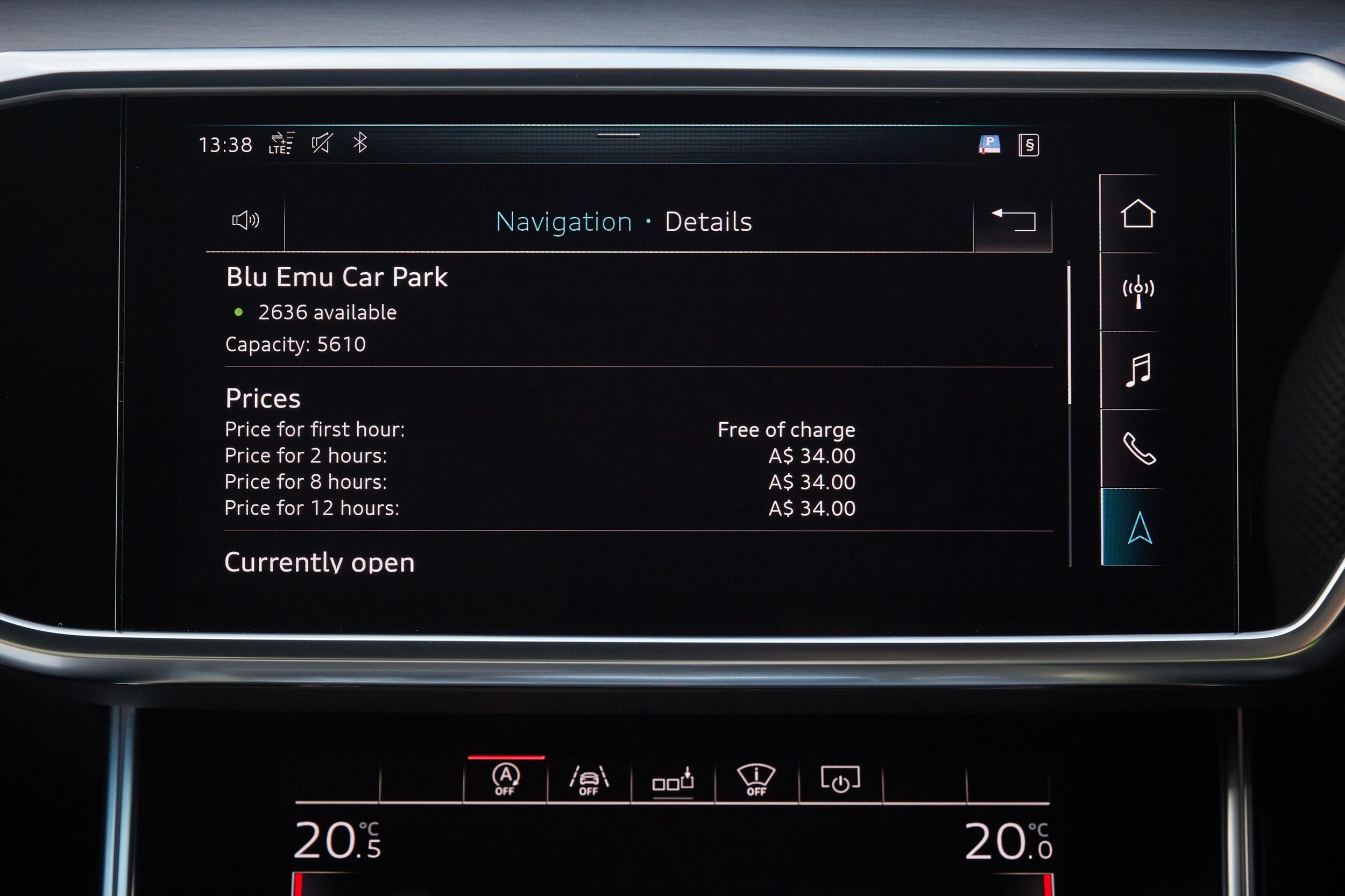 The car also talks to every Audi dealership and can prompt the owner forty days out from each scheduled service.

Online traffic updates are done via mobile data rather than via the outmoded radio signal method, while refuelling reminders can be narrowed down to fuel type and location.

As well, the system will use internet data to list and compare prices of the A6’s fuel – in this case, a minimum of 95 octane – at the nearest brace of stations, allowing the driver to navigate directly to the cheapest bowser.

MORE Australia has the worst petrol in the western world

When it comes to navigation, destination entry can be made via the myAudi app, which is then sent straight to the car, or via Google Maps. As soon as you start the car, the destination is set and ready to go.

Bad weather warnings can be sent to the car too, via data from sites like the Bureau of Meteorology. 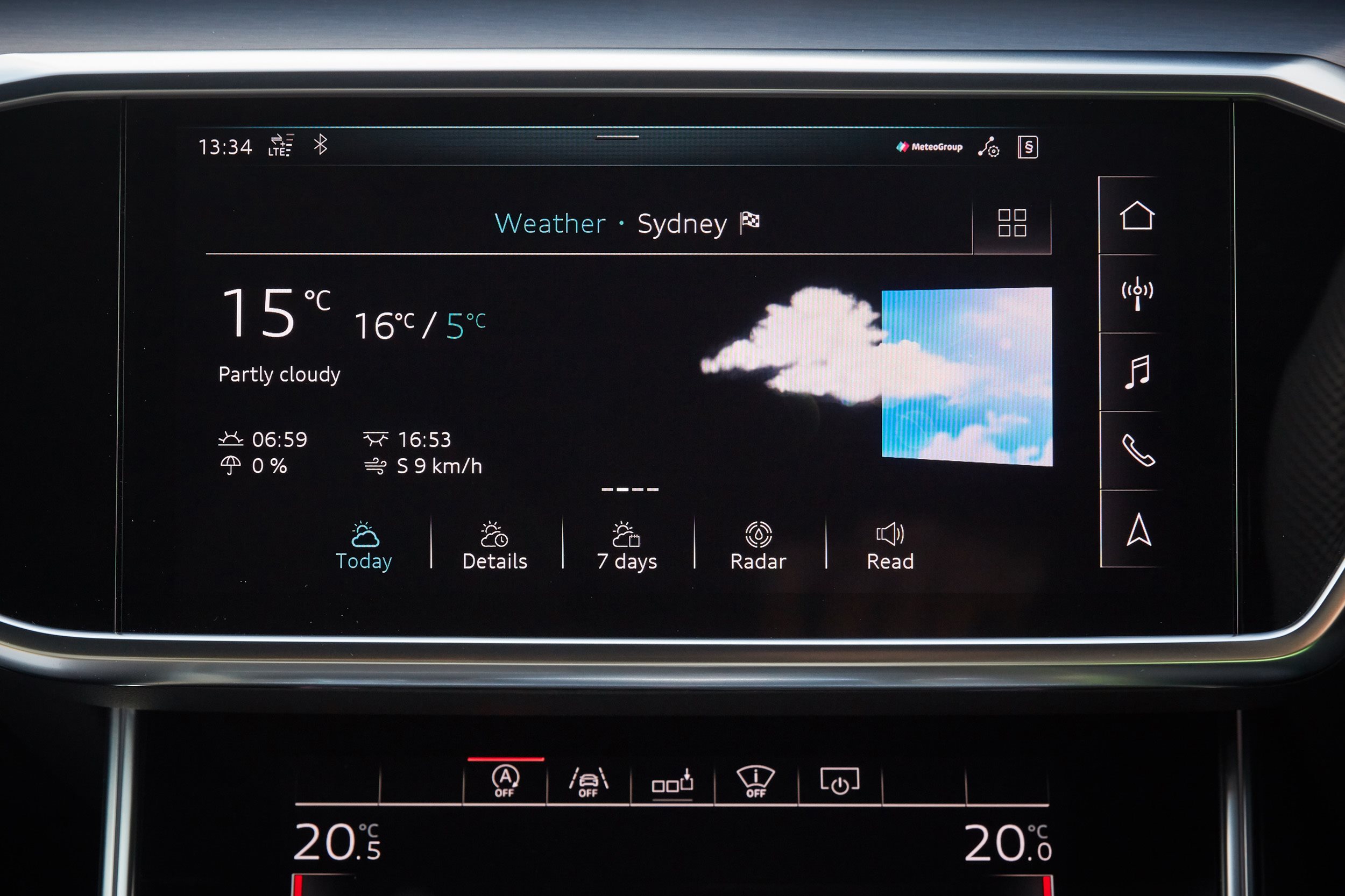 The app can also give a detailed rundown on the A6, including tyre pressures (with push notifications if a tyre starts to leak) and oil level.

A geofencing mode also allows owners to set a digital barrier within a 5km range around a nominated location, as well as a notification of an overspeed above a predetermined level (the A6 can’t physically restrict speeds, though).

MORE Here's how your car is going to drive itself

It even has an expense tracker via the myAudi app, which is ideal for logging for novated lease information. 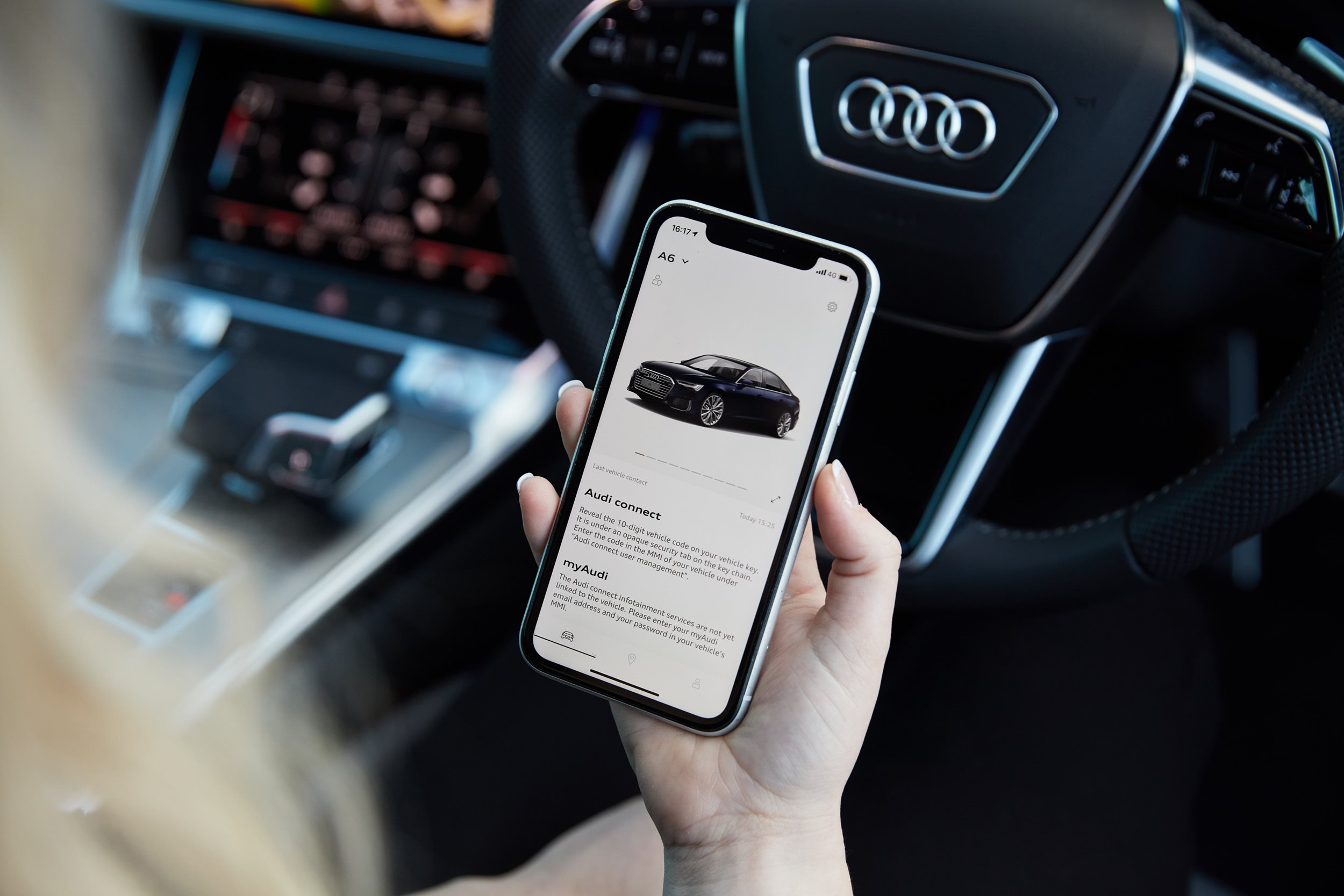 Audi will provide infotainment services free of charge for the first three years, while maps will be supplied over the air for ten years. Audi suggests the fees will be “nominal” to re-sign.

The system works with the Telstra network, and the owner will cover data fees as per a regular mobile service.

The A6 will launch in Australia in 2020, and the Connect Plus system will roll out across the Audi range over the next couple of years aboard cars like the A1, Q3, A4 and Q7.