BMW is about to make the lives of electric vehicle (EV) owners even easier with a confirmed market launch of the car industry’s first factory-fitted inductive charging units from July this year. The technology enables wireless recharging of the high-voltage batteries in electrified BMW vehicles. 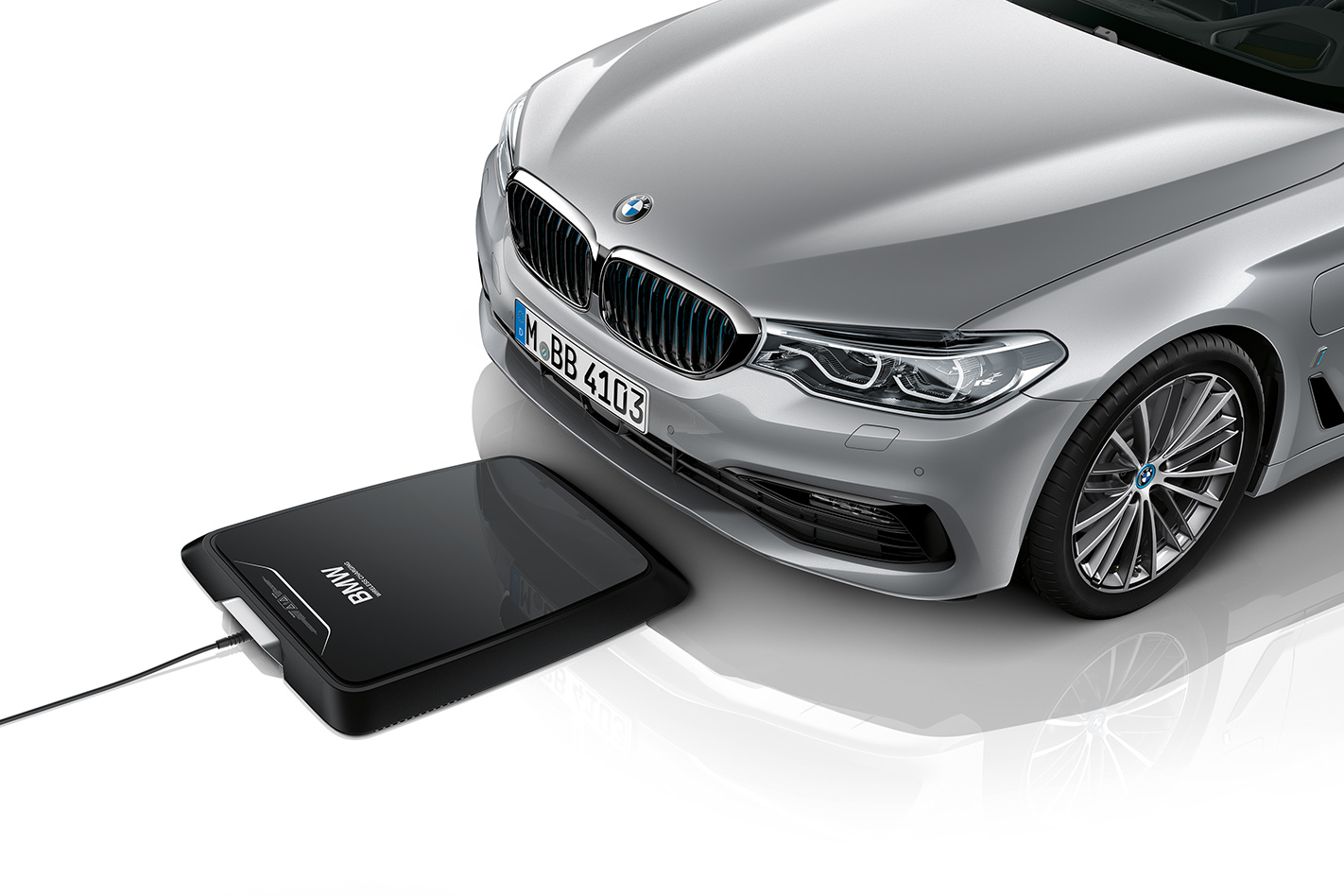 Inductive charging transfers energy wirelessly using an electromagnetic field, making recharging even easier than refuelling. It allows vehicle owners to boost battery energy levels by simply parking their car over the top of an inductive charging base (that BMW calls GroundPad).

Through coils in both the GroundPad and integrated into the underside of the vehicle (CarPad), an electromagnetic field is created in order for current to be harvested and converted by the battery.

It may sound like confusing space-age stuff, but it’s essentially the same technology already used on a smaller scale for electric toothbrushes and a range of smartphones. 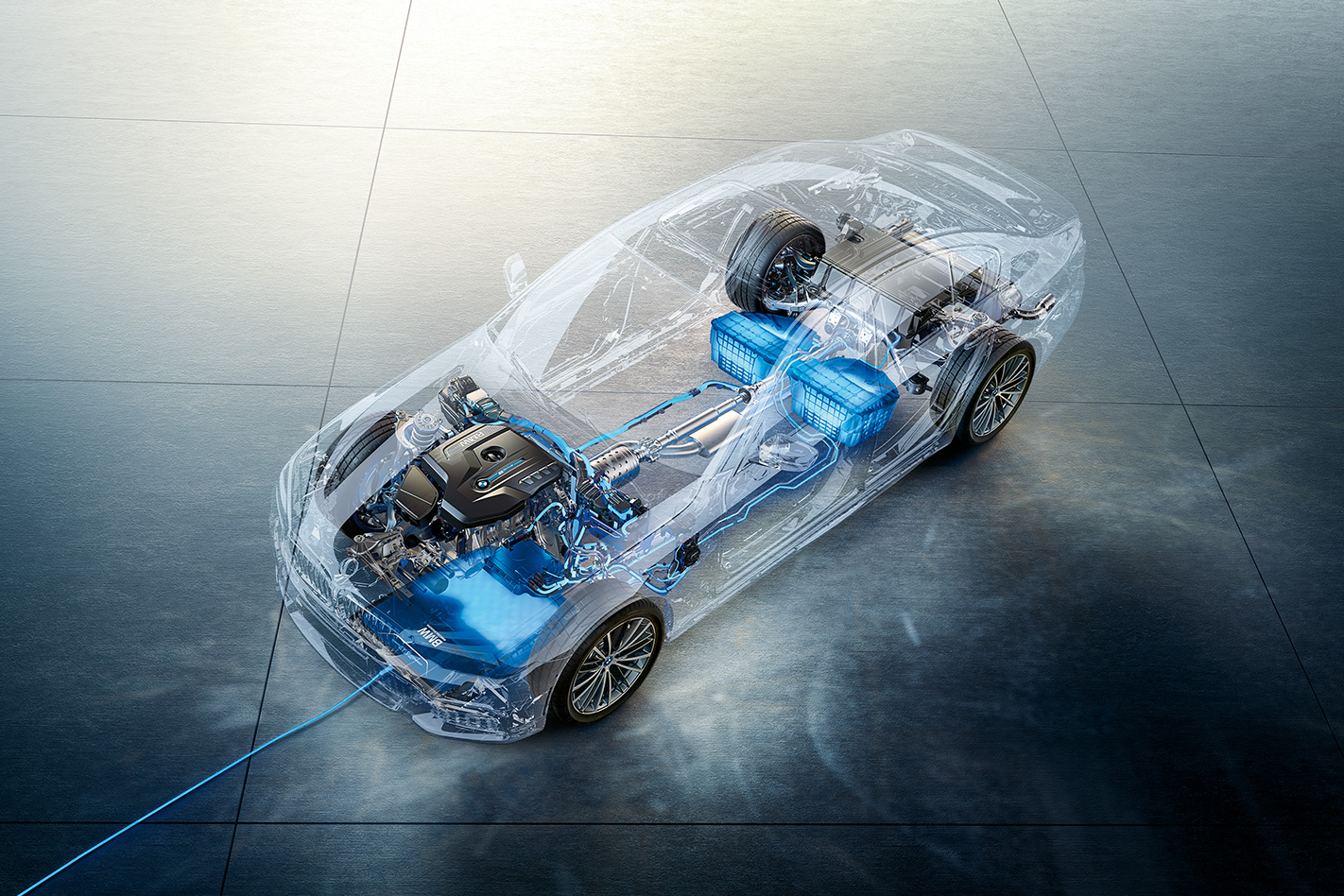 BMW is introducing the no-cords charging technology from July, with the roll out starting in Germany, the US, UK, Japan and China for BMW 530e customers. Owners of the plug-in 5 Series will be able to purchase the CarPad and GroundPad as optional extras.

Australia isn’t yet on the list yet for the first stage of BMW’s inductive charging plan, but BMW has previously stated its desire to introduce it early on, and as EV uptake in this country improves it’s expected the technology will come here. 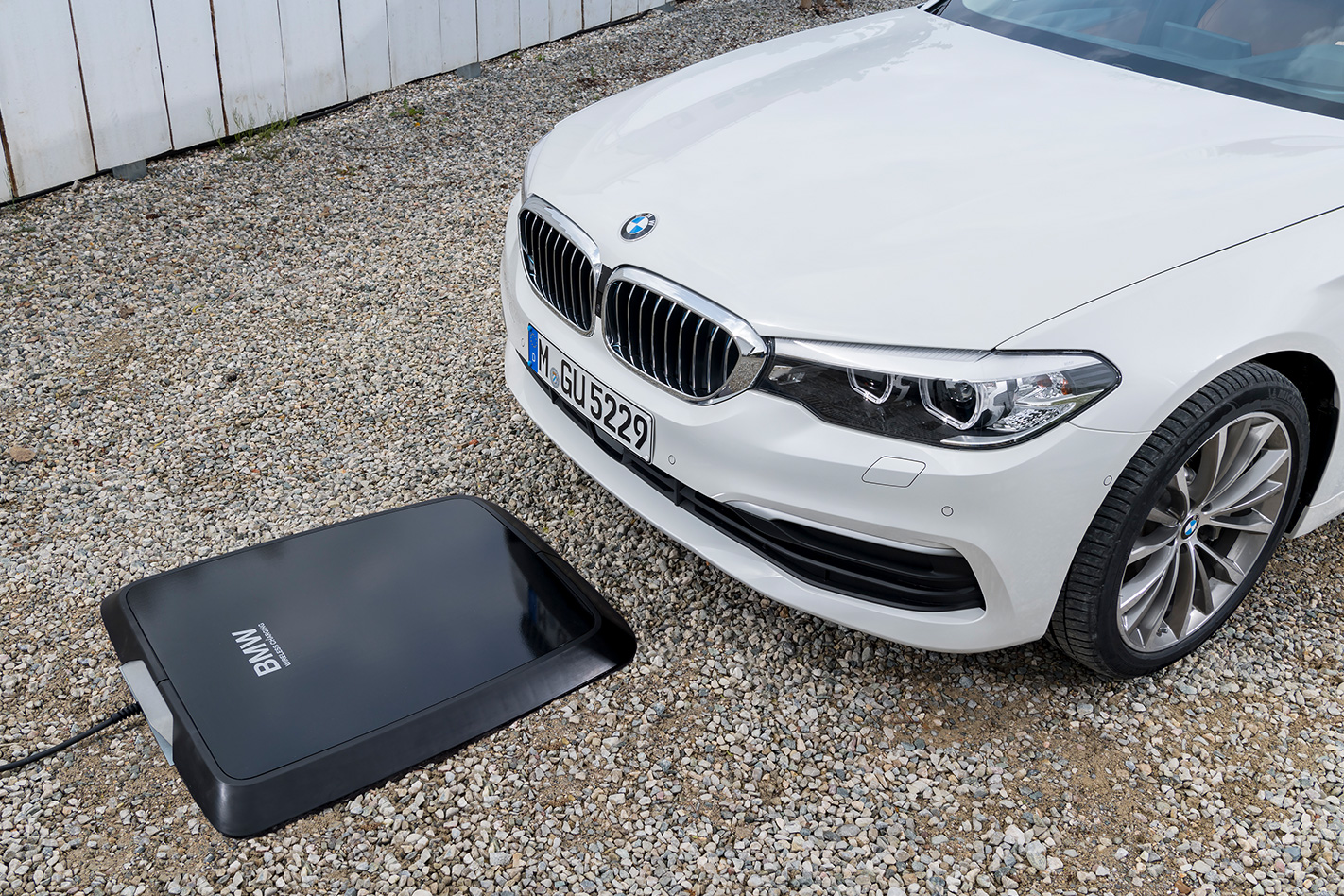 Applications of the inductive charging technology are varied. A GroundPad can be installed in a residential garage or along a driveway for home use, while simply fitting a CarPad to the underside of a car allows it to work with GroundPads at public charging stations or in parking structures setup with GroundPad spots for EV owners.

Heads up: BMW teases dashboard of the near future

The distance over which the energy exchange can occur is a short eight centimetres, however the car’s camera system helps align the pads when parking. 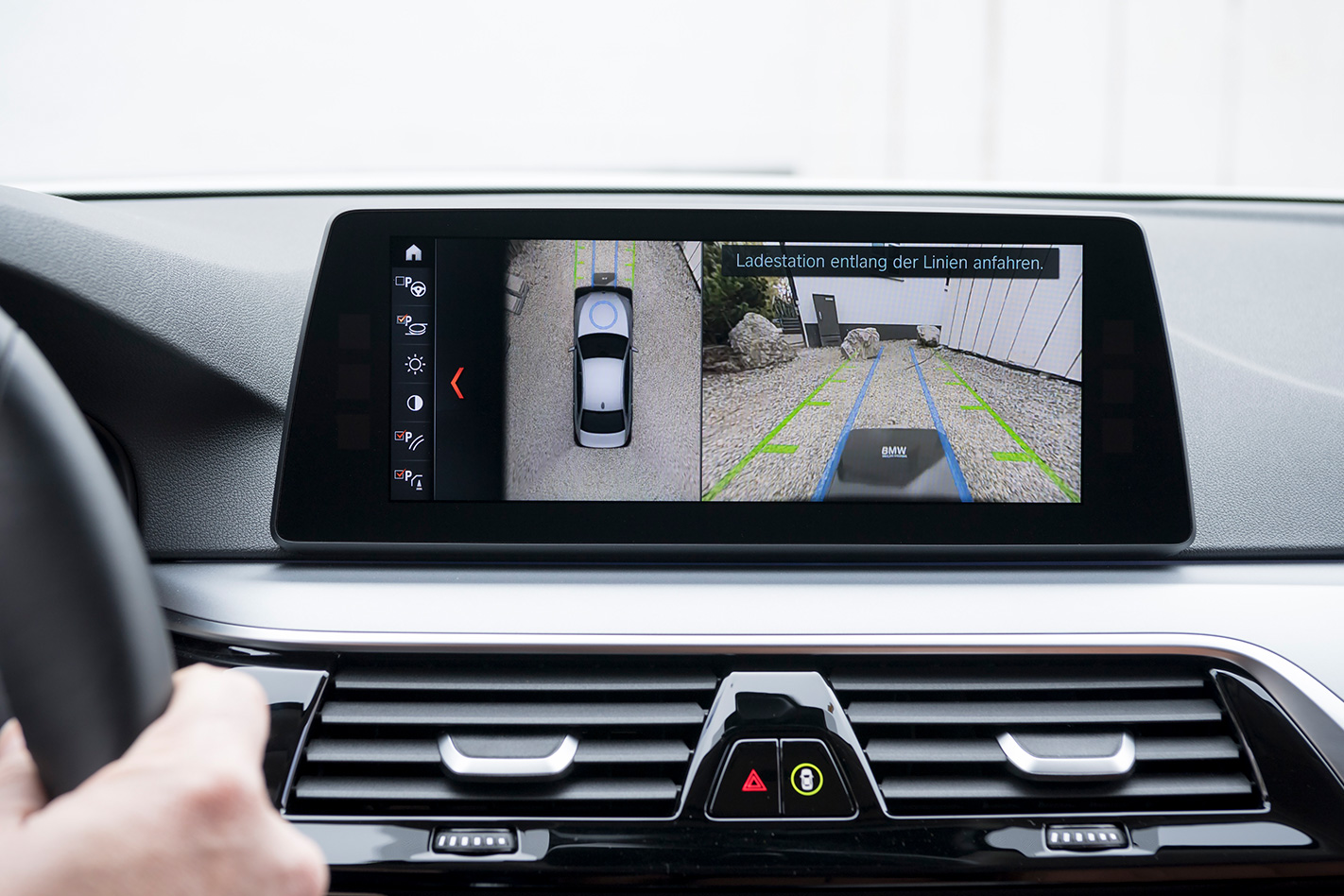 BMW has setup its system so that the charging process starts automatically once the car has come to a stop and the engine start/stop button is pressed. The charging pad will then automatically turn off once charging is complete – which takes around three and a half hours using a charging power of 3.2kW, only slightly slower than the wired BMW i WallBox.

Luckily, ambient electromagnetic radiation is limited to the underside of the car and the GroundPad continuously monitors the environment and will switch off if it detects foreign objects – leaving us reassured that pets can roam about as usual.

We like the sound of this hands-free charging solution, especially when compared to Tesla’s bizarre robotic tentacle charger concept which caused a stir after its unveiling back in 2015. 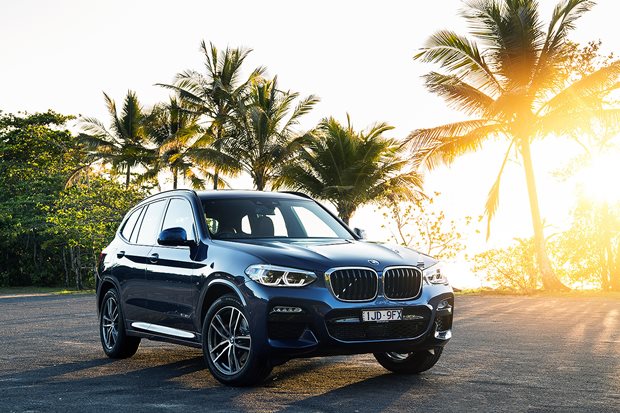 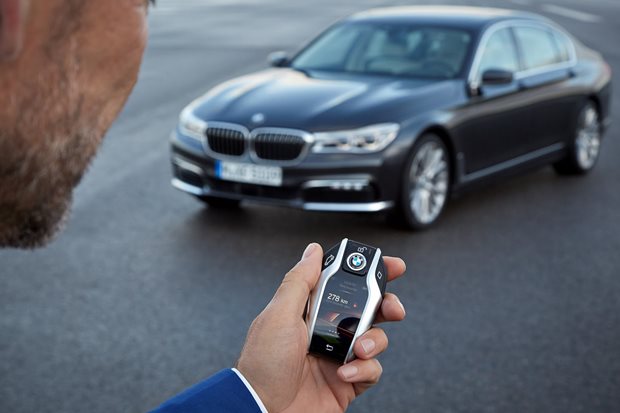 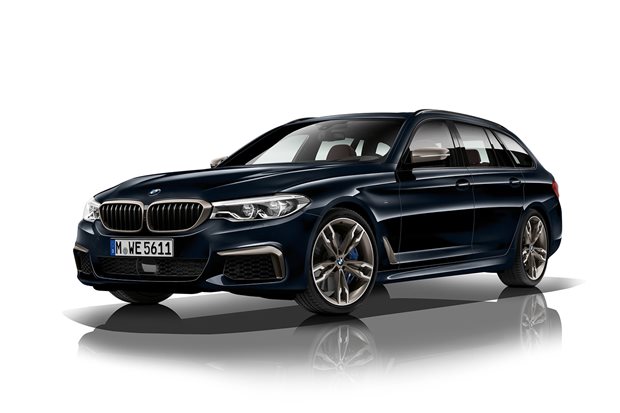 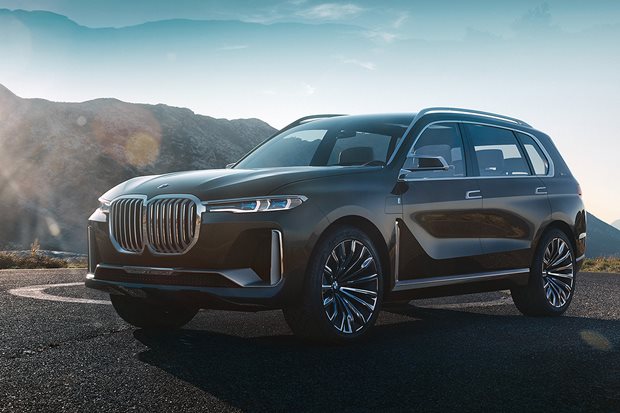 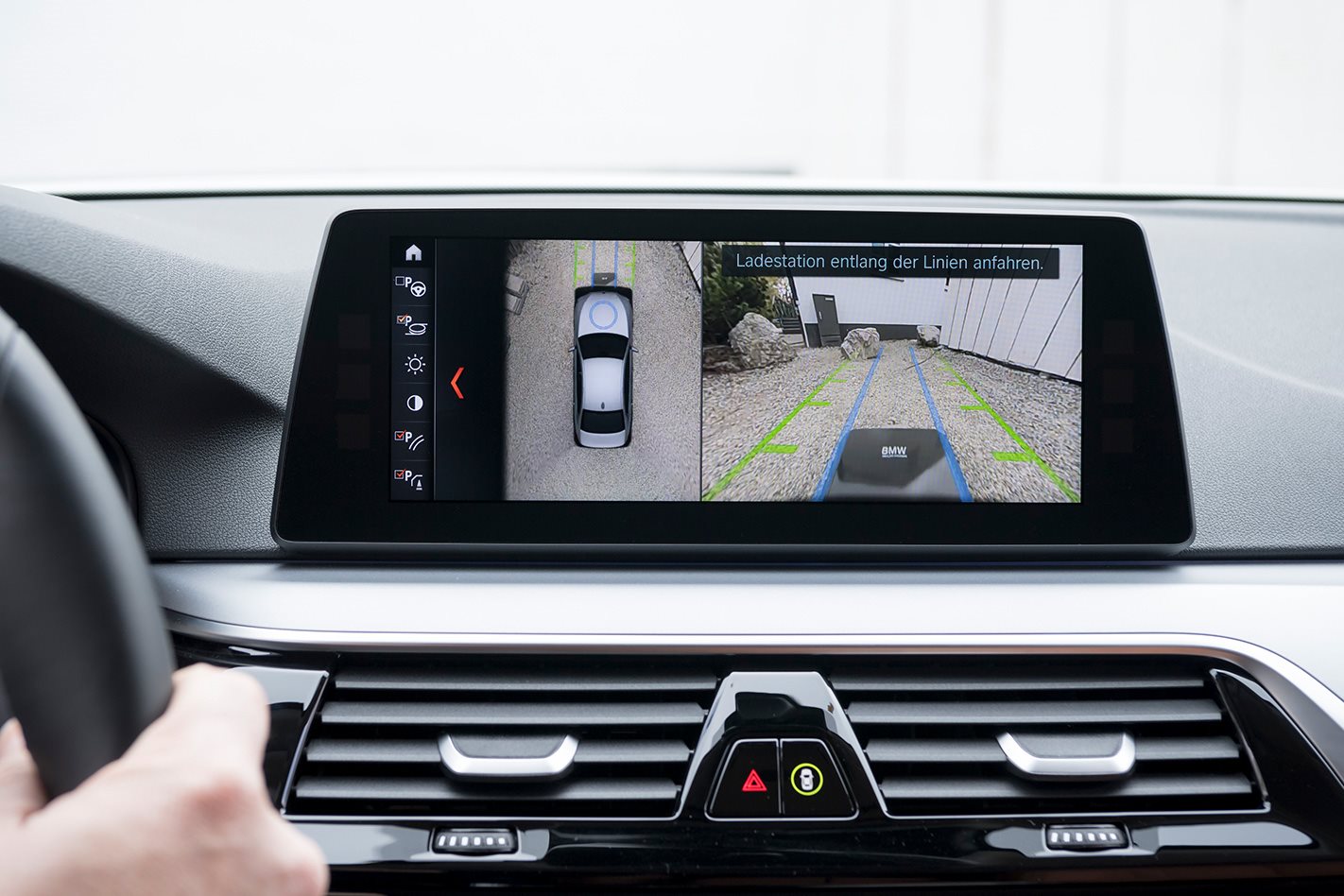 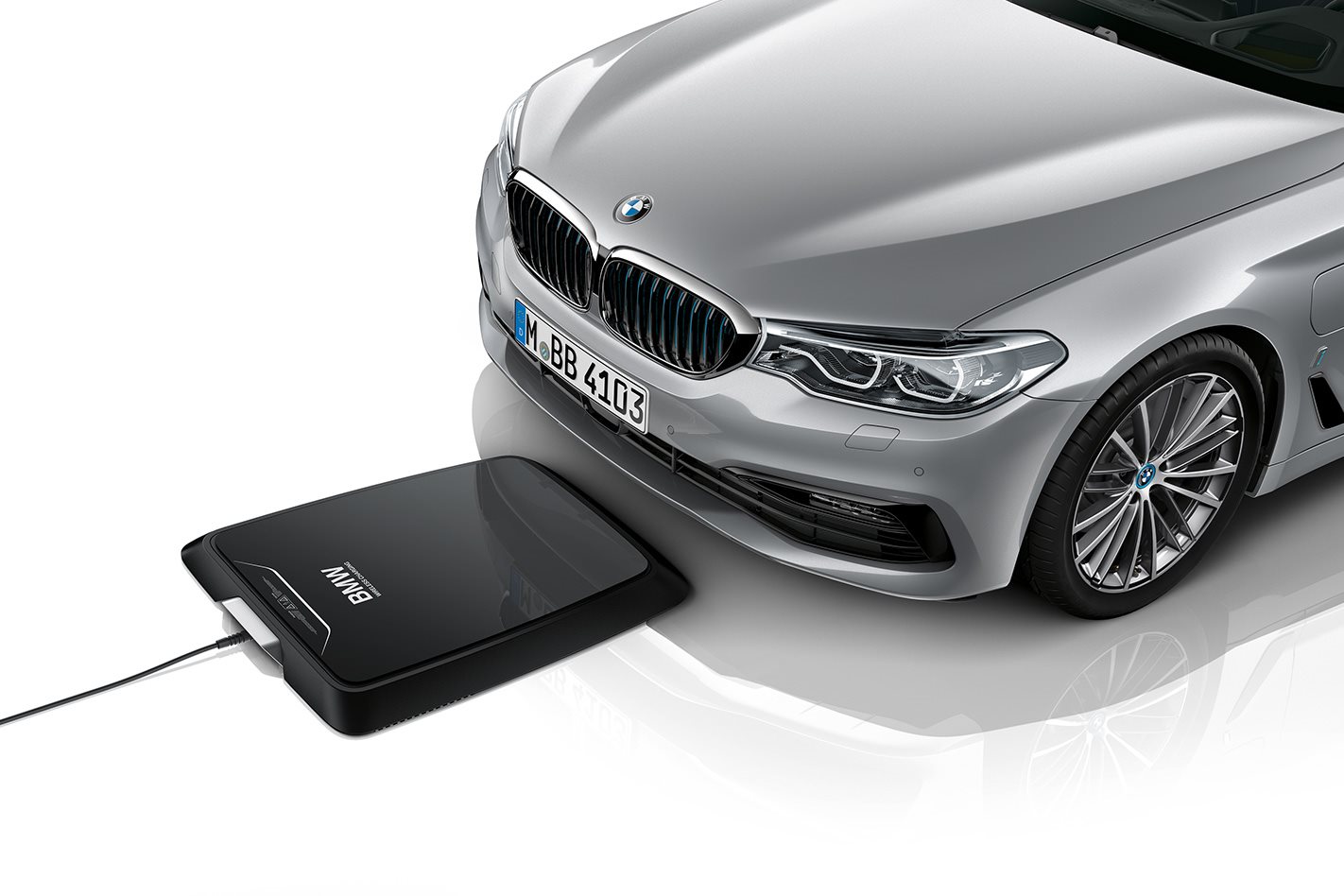 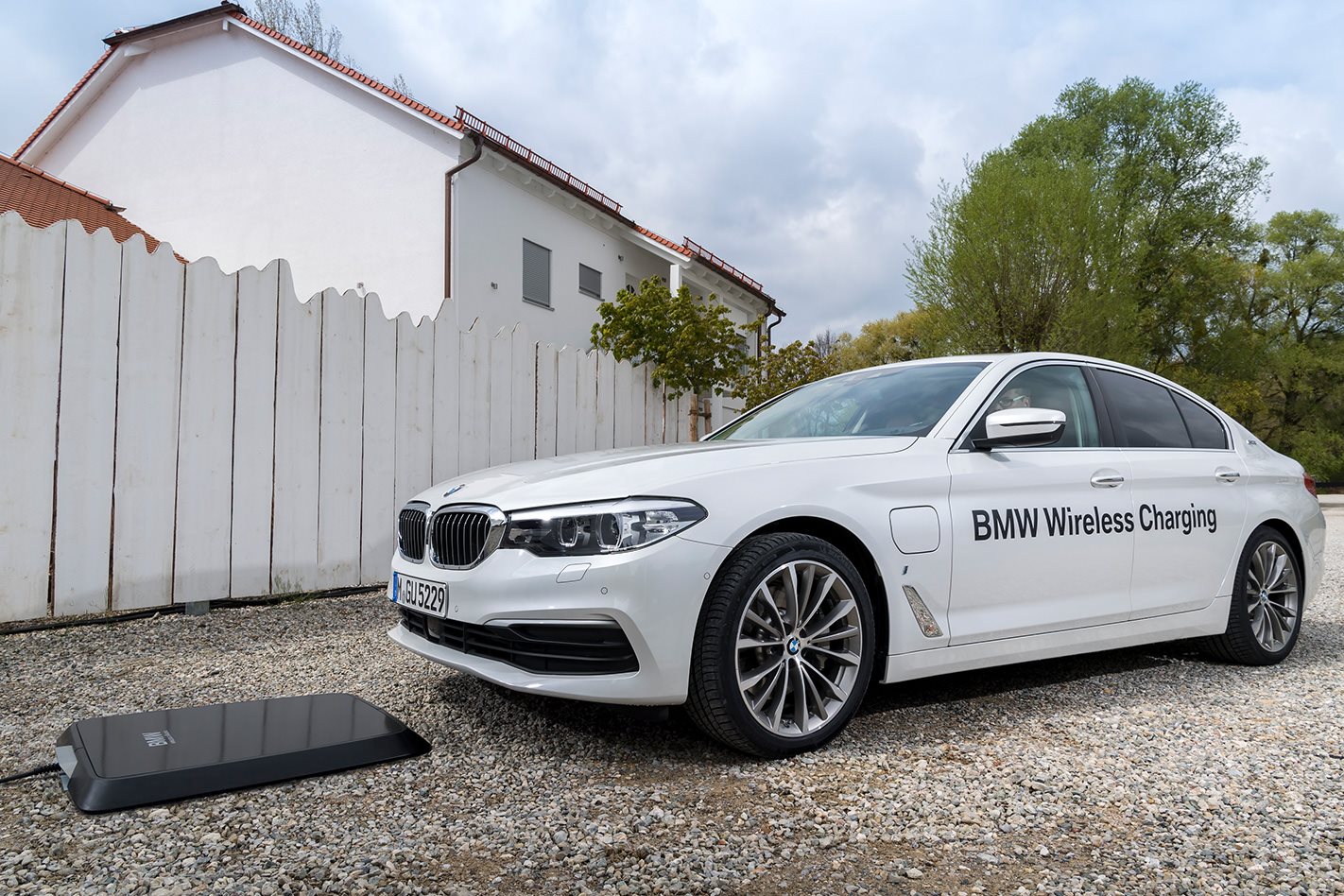 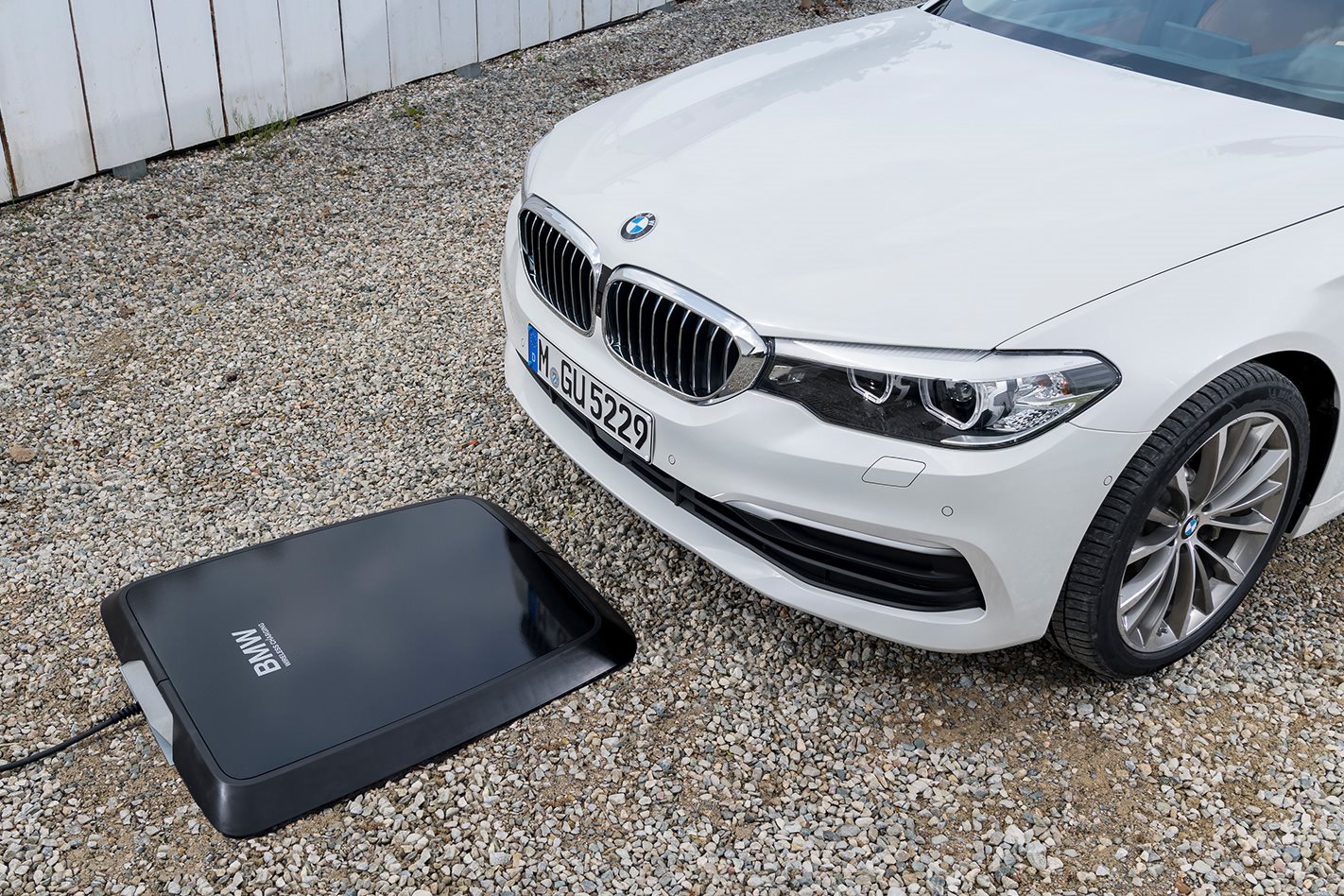 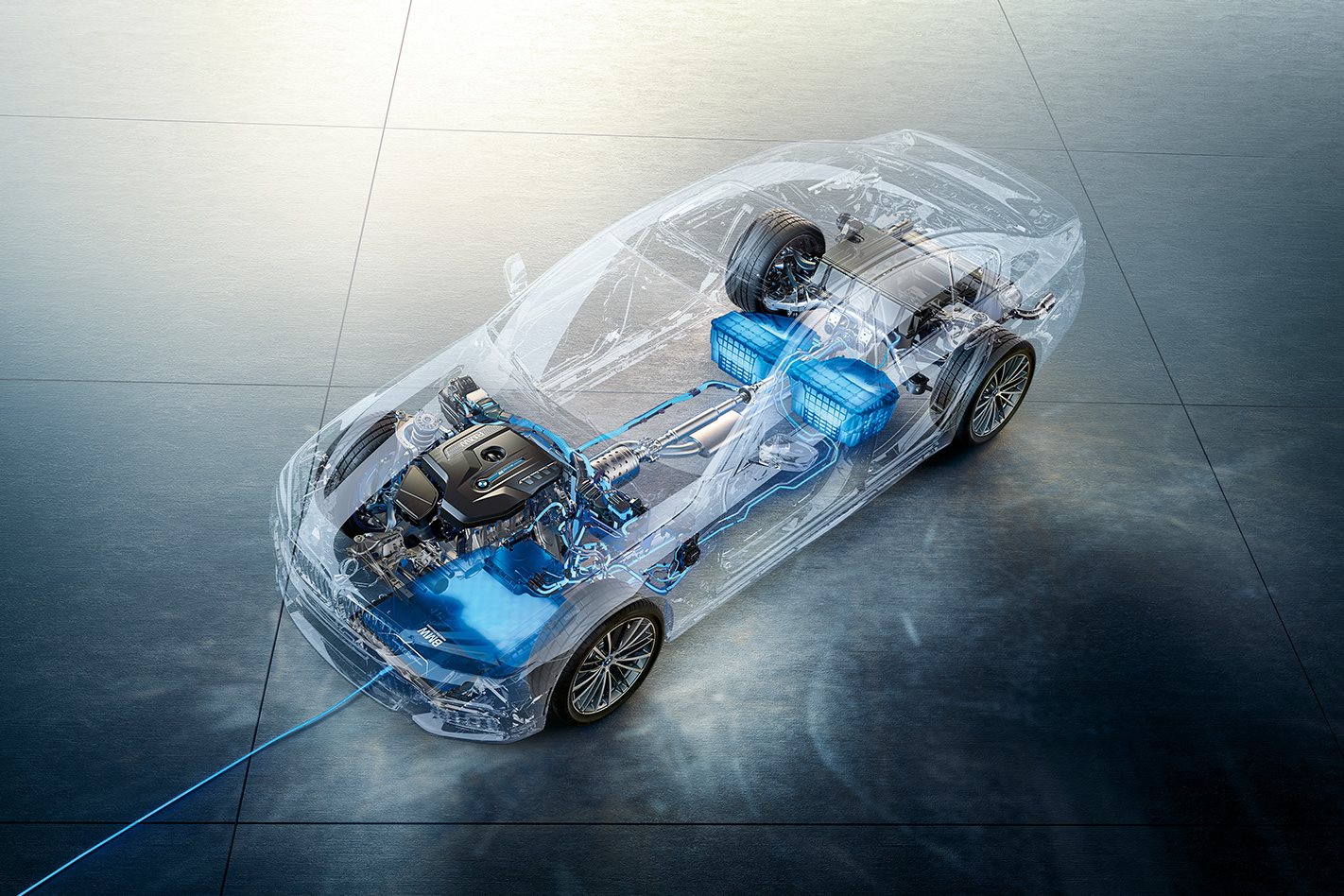