The 50th Annual Easter Jeep Safari in Moab, Utah USA is here, just in time for the New York auto show. So here are our favourite pics from the whacky concept Jeeps. This year, the Easter Parade is all about the trays.

The Easter Jeep Safari is an annual event help in Moab, Utah USA every year and was this year hosted by Red Rock 4-Wheelers. There are always some great looking concept vehicles to come out of this event and with the New York auto show underway, we’re seeing some cool stuff coming through.

Is it a Jeep, is it a convertible or is it a ute? The Crew Chief 715 is both and a nod to the automaker’s military roots.  The four-door, dual-cab 4x4 comes with an open top and it’s got our attention! 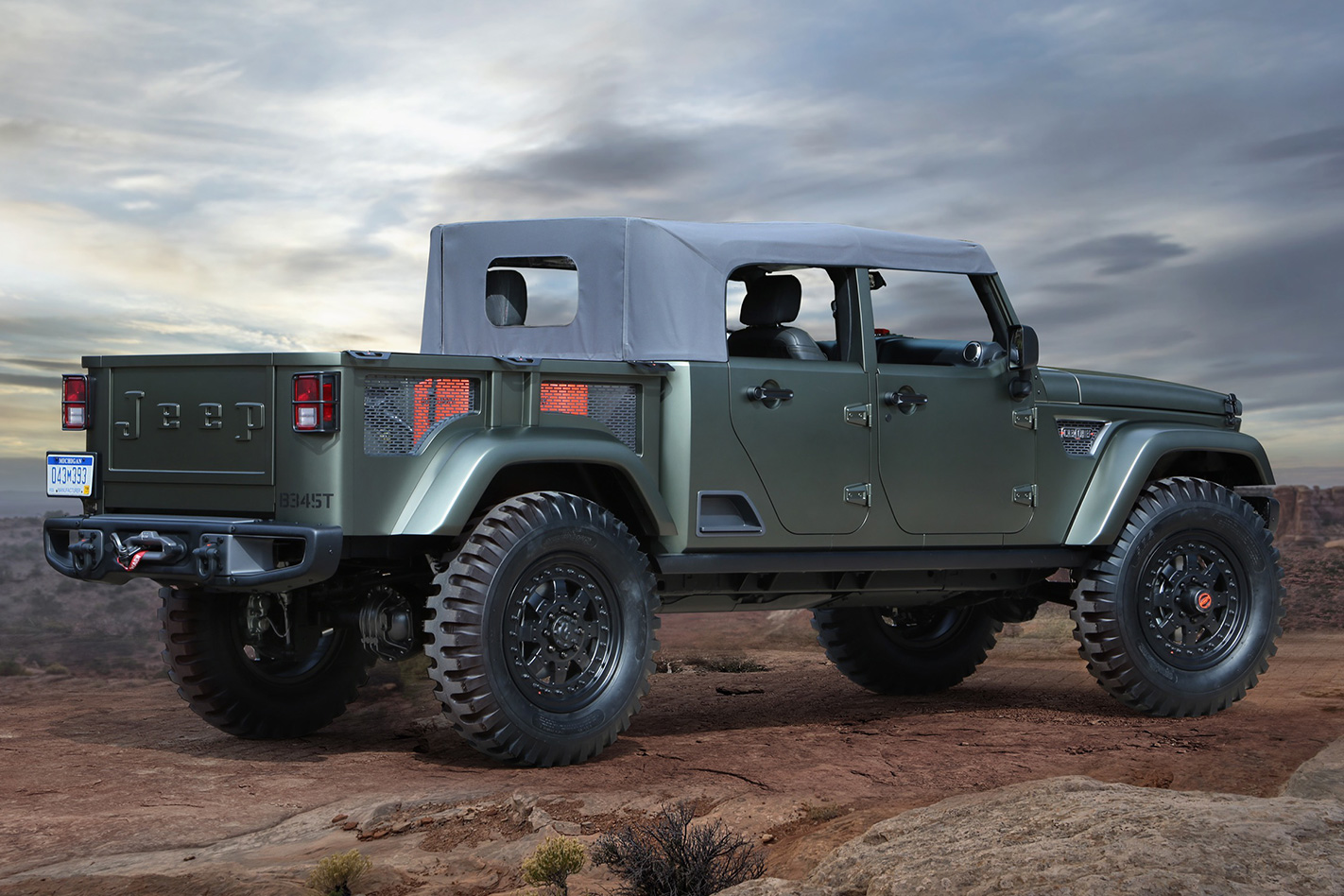 The Jeep Shortcut is based on a Wrangler with a body that’s 66cm shorter, making it easier to manoeuver. We’re loving the tartan seats and rear logo. 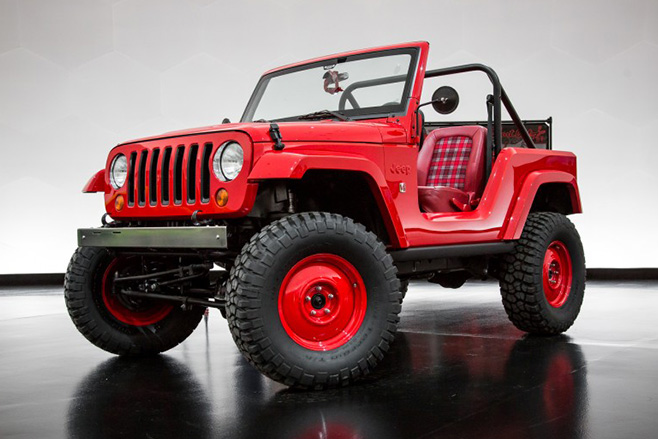 The Trailcat, a merged name from the Jeep Trailhawk and the supercharged HEMI Hellcat V8 under the bonnet, looks like a competitive off-roader. Even the leather carbon fibre seats, taken straight out of a Dodge Viper, look like something we’d see in motorsport. 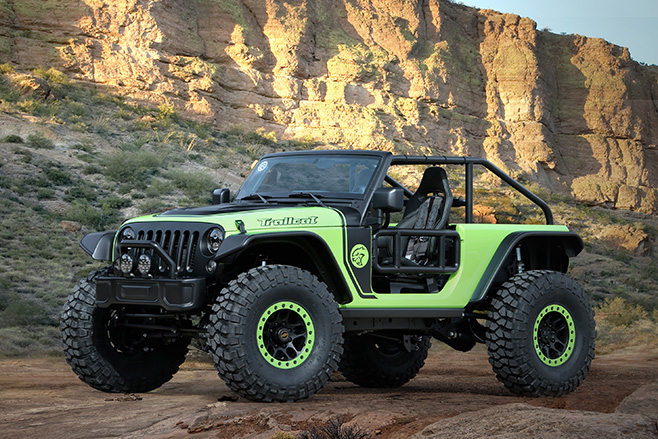 The Comanche is kind of, well, beige. Based on a Renegade, the Comanche is probably our least favourite of the bunch. 4X4 Australia said the paint job was the most inspiring aspect of this vehicle, but we’re not all that keen on the colour. Still, the 5-foot tray bed and fabric roof is kind of cool. 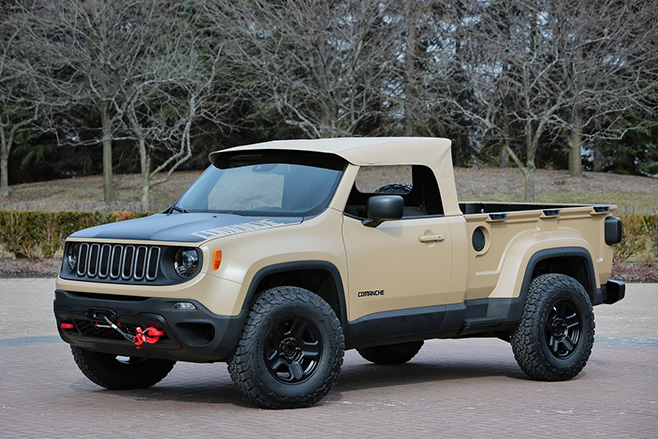 When we looked at the FC 150, we couldn’t help but feel nostalgic. Not because it’s build on a 1956-65 CJ-5 chassis with on a 2005 Jeep Wrangler TJ frame, but because it kind of reminds us of a cartoon car. If we could personify the FC 150, we think it’d be similar to Mater, the tow truck from Pixar’s cartoon, Cars. 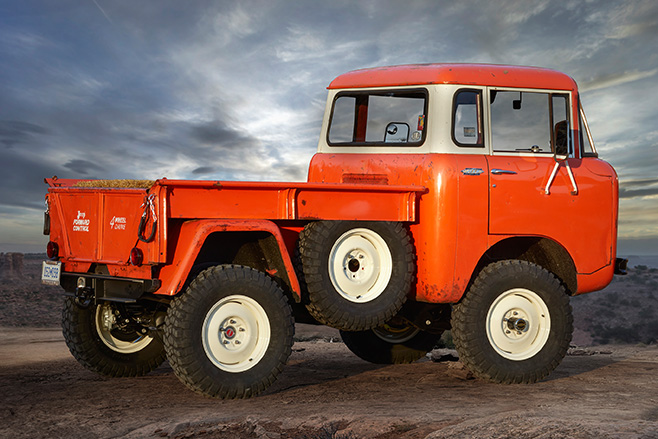 Leaked ahead of the New York Auto Show, these two 4X4s are the newest version of Jeep’s biggest SUV. The Trailhawk (pictured below) is backed with swag for the off-roader. Aside from a bunch of gear like suspension, the Grand Cherokee Trailhawk has a removable bumper to give it more clearance, and a stylish new interior. Meanwhile, the Summit, which is the top of the Jeep Grand Cherokee lineup, doesn’t look different to the current generation, except for a few finishing touches and interior styling. We don’t have much on what the new Summit will have to offer, but we’re pretty sure it’s going to be the most luxurious Jeep available. 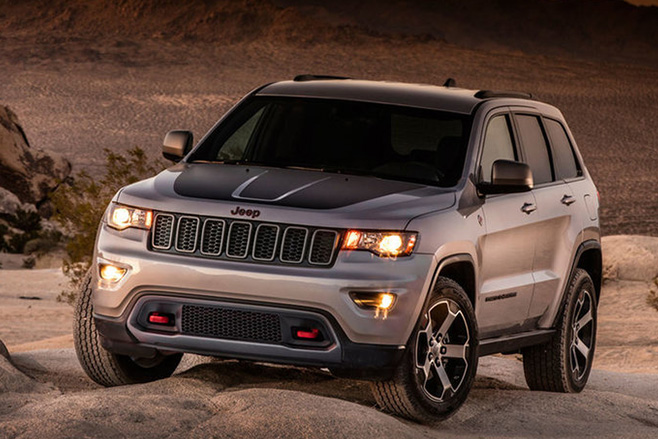