As forecast on WhichCar earlier this month, the new, more refined, powertrain, which also comes hooked up to the Raptor's 10-speed automatic gearbox, will produce 157kW and a whopping 500Nm of torque from as low as 1750 rpm. The extra shove combines with the 10-speed’s closer gear ratios for more constant low range power and acceleration to make negotiating steep and slippery terrain easier. 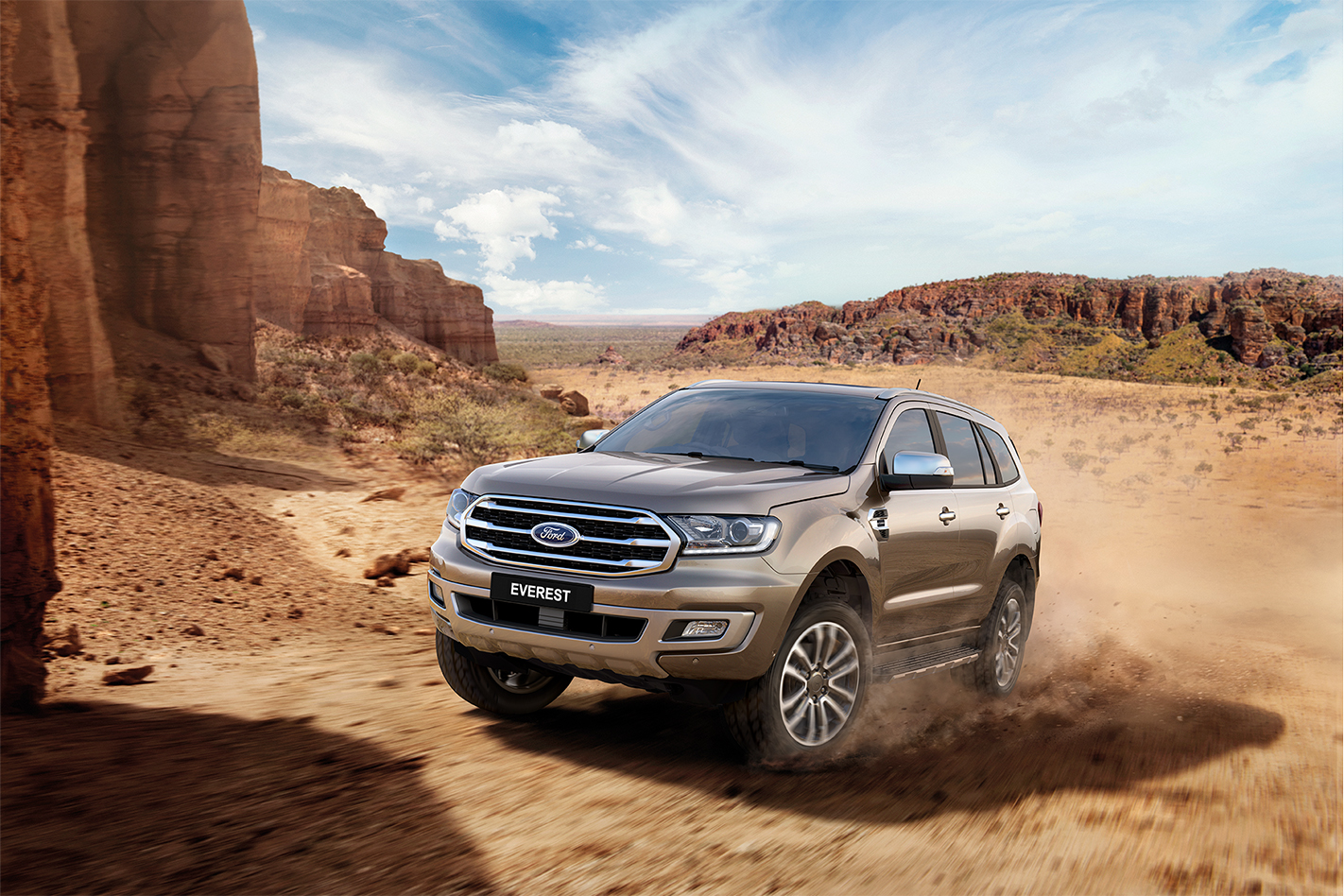 The twin turbo four-cylinder will be the standard powertrain on the range-topping Titanium spec and optional on the Trend grade over the Duratorq 3.2 diesel that’s also in the entry-level Ambiente.

Meanwhile Ford’s Pre-Collision Assist system featuring autonomous emergency braking with pedestrian detection will also be available in the 2019 Everest range - but only as standard kit in the Trend and Titanium variants.

The Trend and Titanium also acquire a hands-free power tailgate, while push button start will become standard across all three variants.

The 2019 Everest receives a minor facelift that includes a new grille treatment too. HID headlights will now be standard on the Everest Trend, while the range-topping Titanium will show off a new 20-inch split-spoke alloy wheel design.

Inside, the Everest's spacious cabin gains a premium-look ebony interior and enhanced cabin materials, with more soft-touch surfaces throughout.

Engineered and developed for Australian conditions, the 2019 Everest will arrive in showrooms around September this year and will be covered by Ford’s new five-year, unlimited kilometre warranty.

Prices will be announced closer to launch.