Yes, the Ford Ranger Raptor will be Australia’s most expensive trade ute. But the sticker shock isn’t as bad as we thought it would be

THE first Ford Ranger Raptor will turn its wheels in anger in Australia in about September, and for a price that will make it significantly more expensive than the $65,000 entry-level HSV Sportscat and even the headline $72,000 Sportscat+.

But that price is still lower than many had anticipated and makes it $4000 cheaper than what you’d hand over for a HSV-badged Maloo – if you can find one. 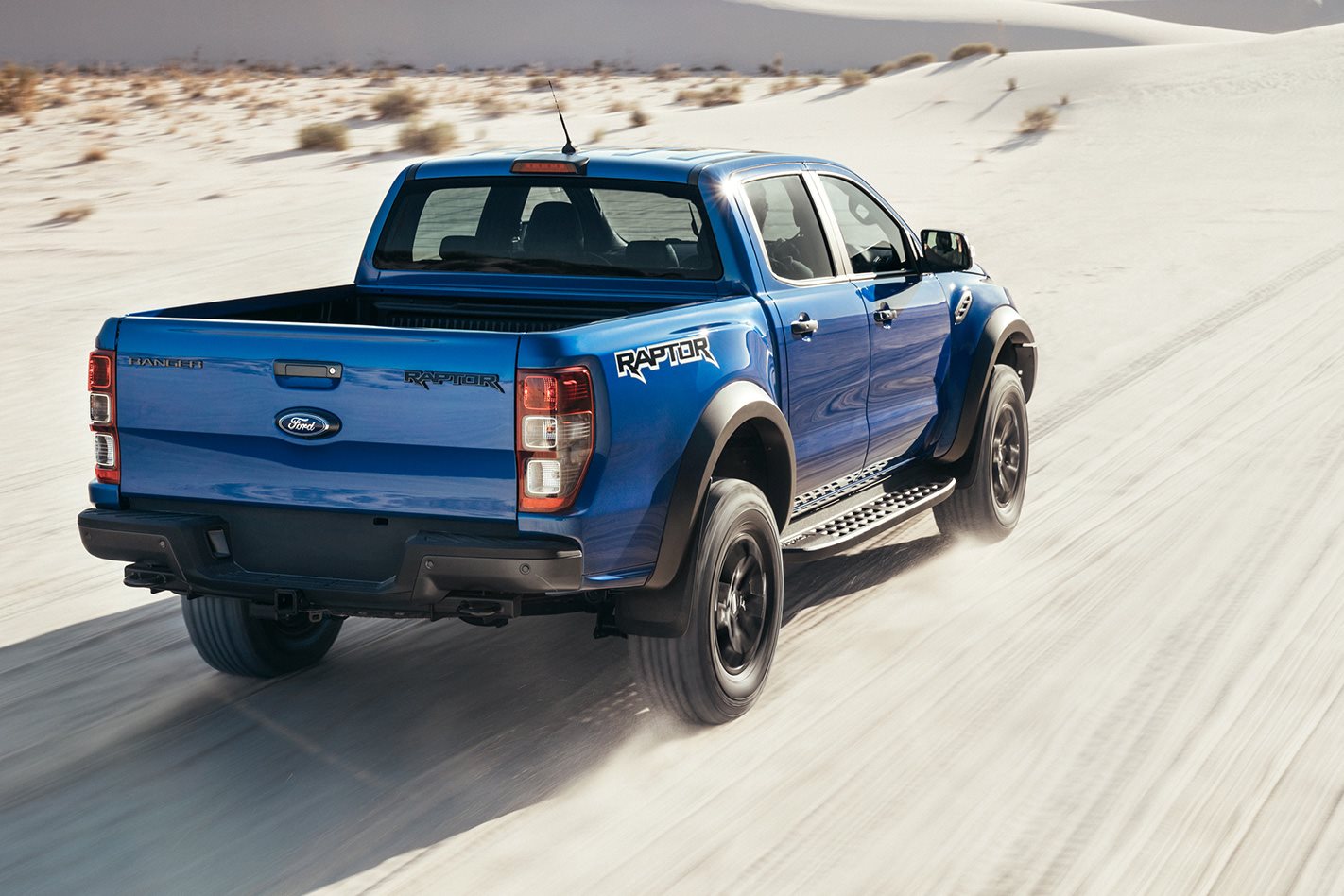 Despite not knowing the price, it is believed that more than 100 buyers have already slapped down a deposit for the Aussie-hardened, off-road focused trade ute.

They'll get a pretty well-specced ute for their money. The Raptor will be the most technologically advanced version of the trade ute when it goes on sale, including keyless entry and push-button start, and an electronic tailgate lock. Inside, the carryover 8.0-inch touchscreen will include Ford’s latest SYNC 3 software with standard satellite navigation.

You’ll sit on leather-accented bucket seats, and the Raptor-specific instrument cluster will let you know you’re in something special via bespoke graphics. The steering wheel will include an embossed Raptor logo, and include a, rally-spec 12 o-clock band to indicate the straight ahead position. 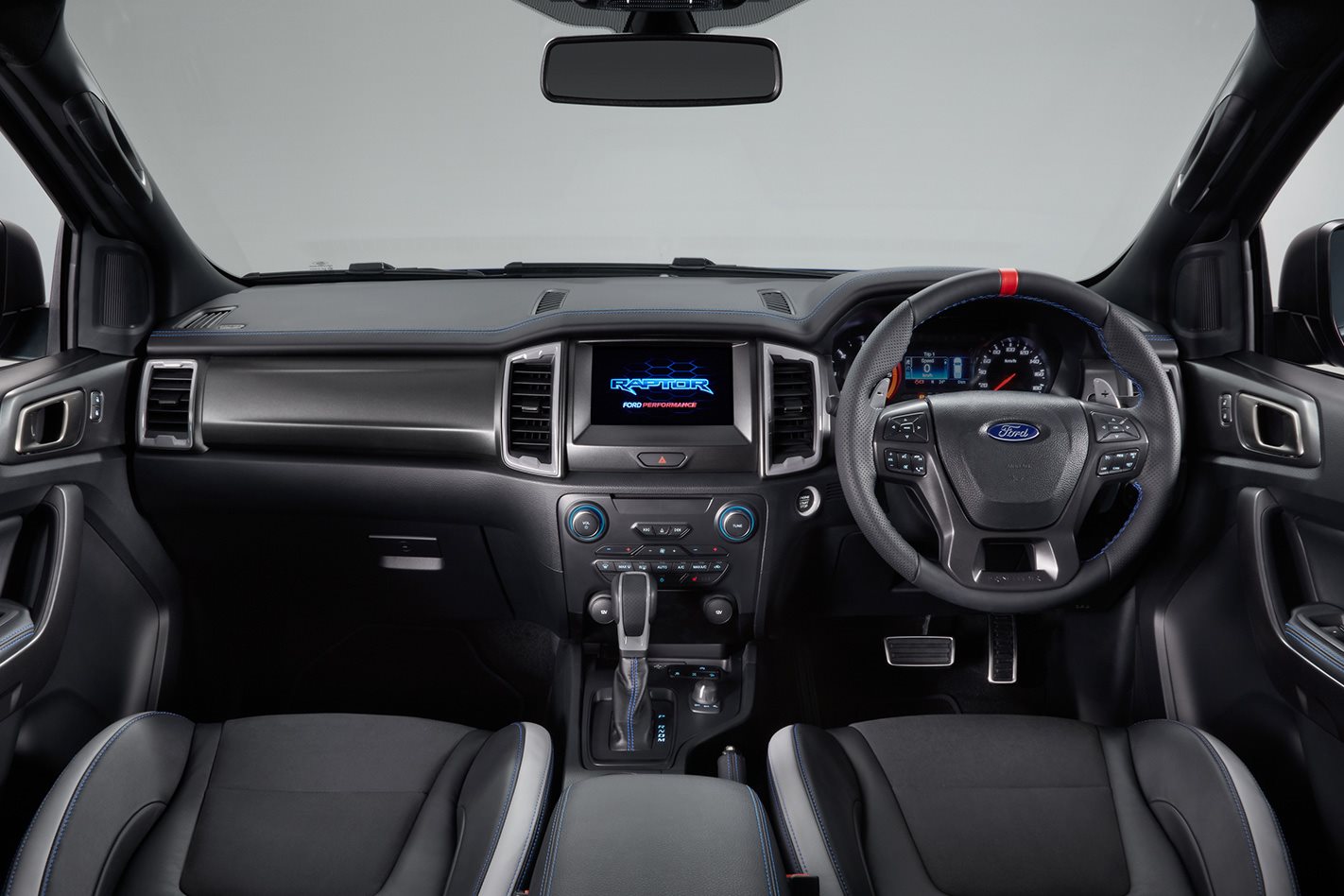 Front and rear tracks have also been widened, the ride height raised, and wading depth increased to 850mm. The 10-speed automatic transmission will receive its prompts from the driver via magnesium paddle shifters when in manual mode.

The Raptor’s on- and off-road settings will include a Baja setting optimised for dirt work, while a low-range transfer box and locking rear diff will help to focus the driveline’s torque.

“It’s clear that there’s an appetite for a performance pick-up, and we’ve worked hard to deliver something that fits the bill as a genuine performance product,” Ford Australia chief executive Graeme Whickman said. “The Ranger Raptor is the real deal: its unique engineering and performance aspects make it unlike any other Ranger – or any other truck on sale, for that matter.” 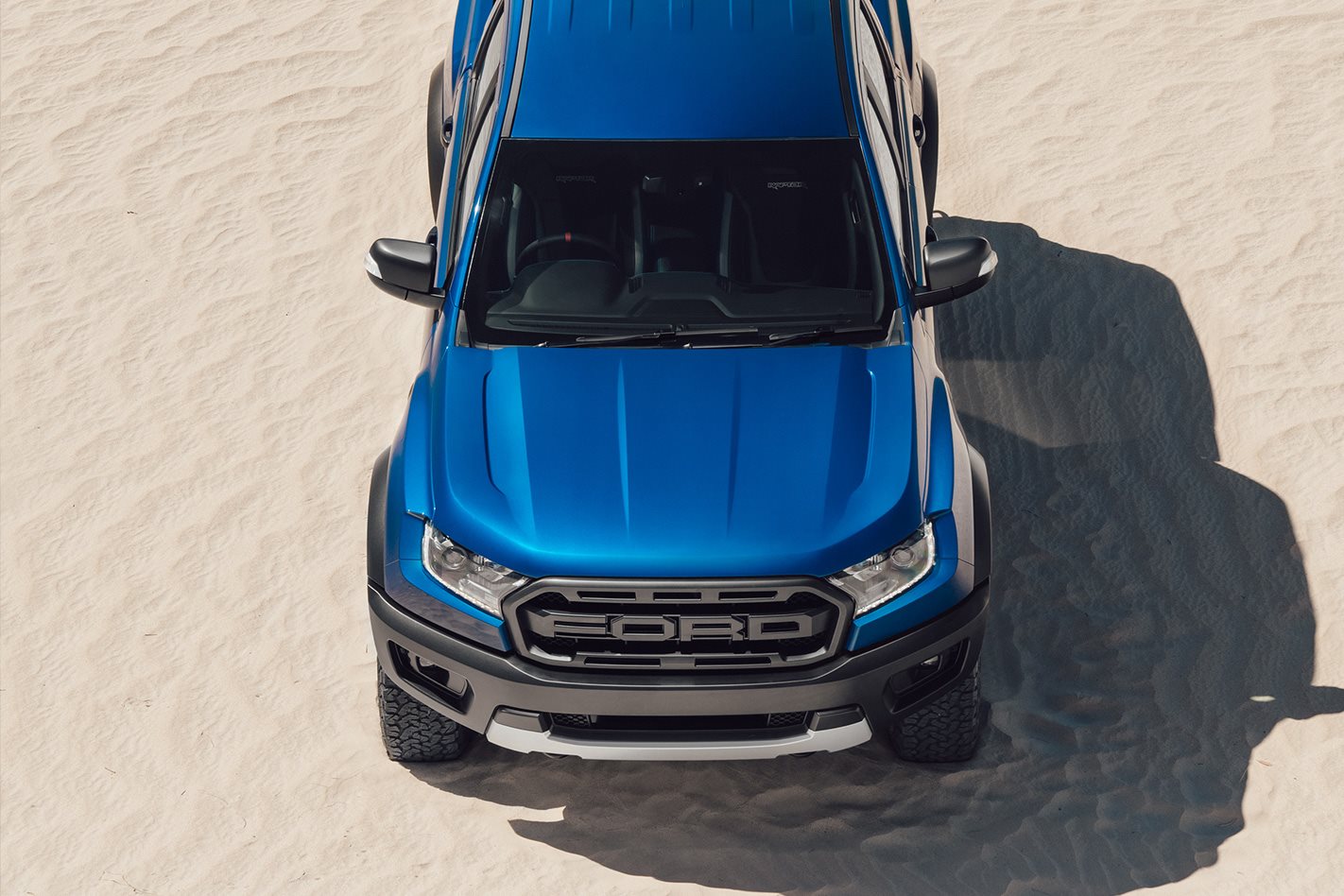 The Ranger Raptor, which tapped Ford’s Australian-based engineers and designers to help with its development, will sell in a single configuration. You’ll spot it easily enough in the rear-view mirror with a blacked-out grille featuring prominent “Ford” lettering, bi-xenon headlights with LED daytime running lights, and more aggressive front bumper.

Ford’s Ranger is currently Australia’s best-selling 4x4 ute, outperforming the Toyota Hilux which will soon add more visual appeal via limited-run models that will turn up the visual appeal, but keep the same wick.

Of note too, Mercedes-Benz will later this year introduce a 3.0-litre V6-engined version of its X-Class trade ute as the luxury car maker aims straight at the hearts, and wallets, of worksites. The high-end version of the V6-engined X-Class is expected to trump the Raptor on both performance and price.