Ford’s new Everest Trend SUV has families, the Toyota Prado and people who want to tow stuff squarely in its cross-hairs.

Ford has announced a cheaper Everest SUV called the Trend RWD. It’s priced from $55,990 before on-road costs – a full $5000 reduction off the former price of entry.

“The Everest Trend RWD was developed extensively by our local engineers in Australia’s harsh conditions, which we believe will help it appeal to Aussie families,” said Ford Australia boss Graeme Whickman.

Under the bonnet is a 3.2-litre five-cylinder turbo diesel engine, producing 143kW and 470Nm with claimed combined fuel economy of 8.5L/100km. Everest Trend RWD comes with a six-speed automatic gearbox, as found in 4x4 models, and enough seats for seven people. 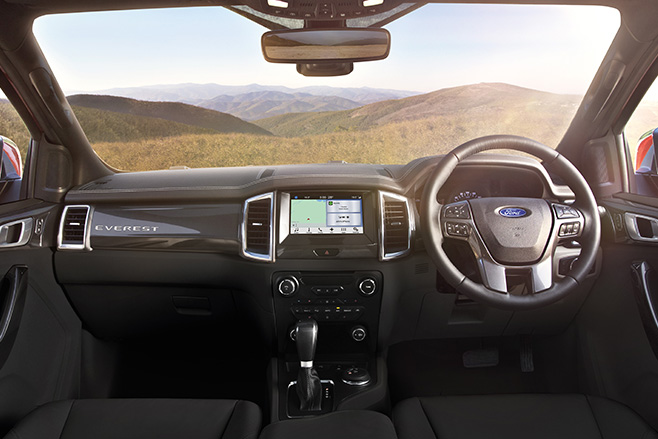 Ford is particularly proud of its RWD Everest as Toyota does not offer the option of a two-wheel drive Prado. A seven-seat Toyota Prado GX Auto 4x4 costs $57,490 plus on-road costs.

Ford has also added two ISOFIX anchoring points for compatibility with a wider range of children’s seats. These have been added on top of the five tether points already present in Everest.

The Ford Everest is 4x4 Australia’s reigning 4x4 of the Year. The new Everest Trend RWD model has the same tyres and 225mm of ground clearance as the 4x4 variant, suitable for light off-roading.