A Chinese motoring website has revealed the best look yet at the Buick Regal GS, the model that will essentially become the replacement for the Commodore SS in 2018.

The Regal GS will reportedly debut at the 2017 Shanghai motor show later this month. The images already provide a good sense of what to expect visually from the OPC/VXR version of the Opel/Vauxhall Insignia.

There won’t be an SS badge on the rump of the Holden – it’s been retired owing to its long association with V8s.

The new flagship Commodore is already confirmed to be powered by a normally aspirated 3.6-litre V6 related to the engine already in the Commodore SV6, sending 230kW/370Nm to all four wheels. 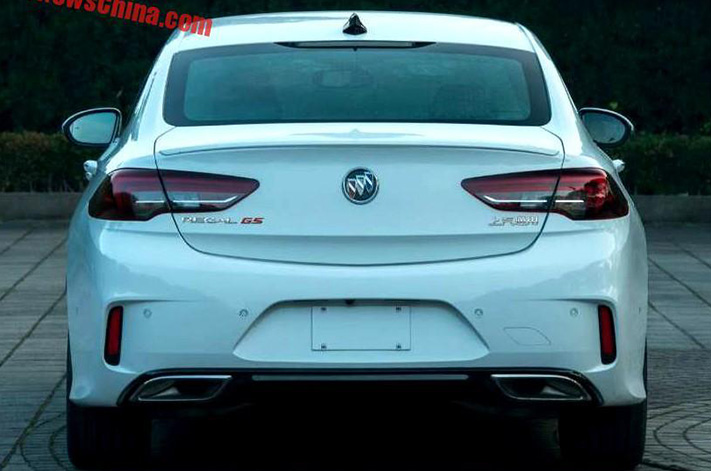 Those outputs are 6kW and 65Nm down on the 2.8-litre turbo V6 of the now-discontinued Holden Insignia VXR, and well short of the outgoing 306kW/570Nm SS Redline, though 20kW and 20Nm up on the SV6.

The new Insignia/Commodore also compensates by being between 200kg and 300kg lighter, and the 0-100km/h is tipped to be in the low 6-second bracket, beating both the old VXR and SV6.

European versions of the faster Insignia will feature a 2.0-litre turbocharged four-cylinder, but Australia insisted on a V6 that currently accounts for about 80 per cent of Commodore sales.

Also confirmed is a FlexRide adaptive suspension and ‘Twinster’ all-wheel-drive system that employs clutches rather than a differential to vary torque distribution between not just the front and rear axles but also between the rear wheels.

The next-generation Holden Commodore will be released in early 2018 with all variants including the sportier, all-wheel-drive V6.