Melbourne-based auto electronics specialist Injectronics has developed a battery remanufacturing process that will swap your hybrid’s tired battery for up to 80 percent less cash than a new original-equipment part.

Assisted by a $103,000 federal government grant, the company will be rolling out its Hybrid Battery Remanufacturing Exchange Program in the second quarter of 2021, allowing new life to be breathed into older hybrid vehicles – potentially sparing them from the scrap heap.

Replacement hybrid batteries can cost up to $10,000 from the original manufacturer depending on the brand, and with 150,000 hybrids on Australian roads (with the oldest of those nudging 18 years old), a dead battery would in many cases mark the end of the line for increasing numbers of vehicles. 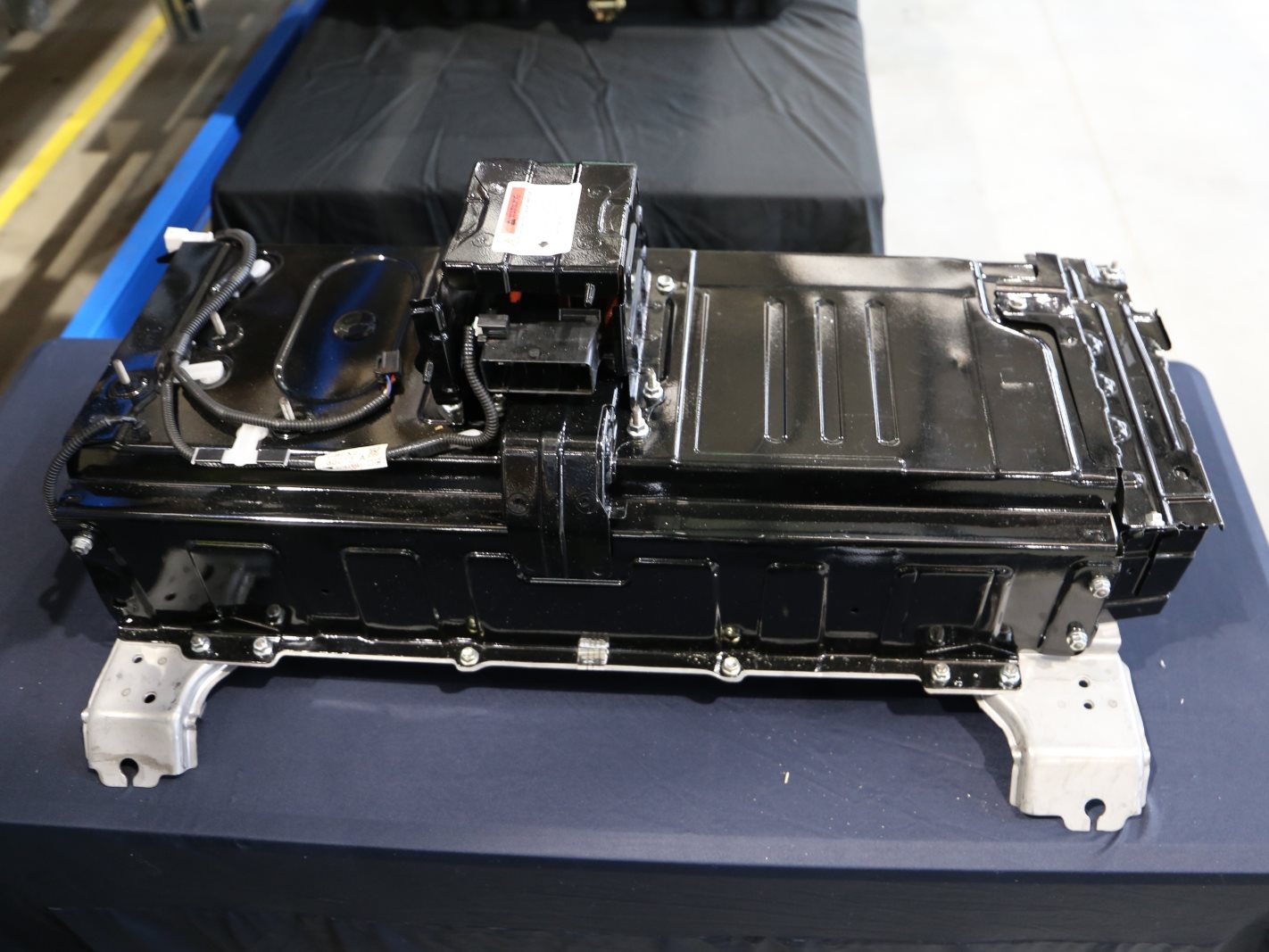 However, Injectronics is offering an exchange battery for as little as $2000 depending on the model, slashing the cost and potentially extending the life of thousands of early-model hybrids that would otherwise be put out to pasture.

NEXT Who built the world’s first production hybrid?

Speaking at the launch of the program at Innovative Mechatronics HQ in Melbourne’s east, Liberal senator for Victoria David Van said projects like the battery exchange are “as exciting as it gets when you’re in parliament”.

“Projects like this would probably happen anyway, but being able to back it with a grant of $103,000 allows (Injectronics) to bring forward some of that work, to bring forward the research and innovation that goes behind a project like this, to drive that innovation into products and real-world solutions for problems that we are going to face – not only economically but environmentally as well.”

“We believe the technology is the solution to fixing our emissions problem”. 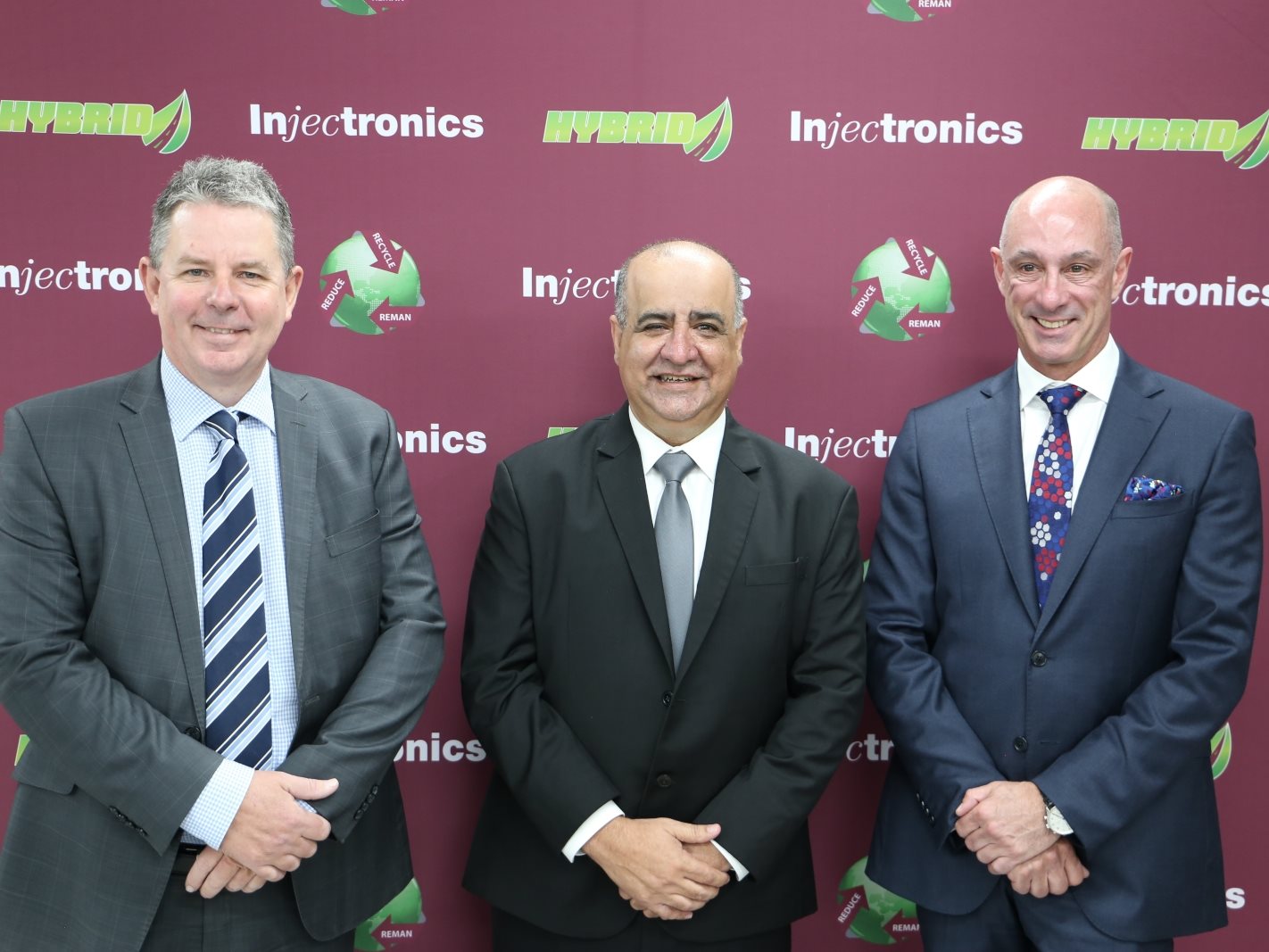 Injectronics’ initial focus will be Toyota’s ageing Prius and Camry Hybrid fleet, which represents both the oldest and most common hybrid on Australian roads and, in particular, the large number of very-high-kilometre taxis around the capitals.

While the company is promising significant savings over the cost of replacement at the pointiest end of the spectrum, the difference in price in the case of a Prius, for example, is slimmer, with Toyota offering a new battery for about $3000 and replacement labour not exceeding $400 for any model, says its maker.

But the company already has grand plans to expand its operation to include other hybrids – as well as full-electric cars – as more models join the national car park and create demand in other areas.

“We recognise there’s a significant number of early hybrid batteries that are underperforming and out of warranty,” said IM Group managing director Gino Ricciuti.

“Currently, the only option is a brand-new battery, and that’s very cost prohibitive and could be more than the vehicle is worth," he added.

While some other Australian companies are offering battery recycling such as Envirostream and EcoActiv, Injectronics is the first to offer a faster, more cost effective and environmentally friendly remanufacturing process. 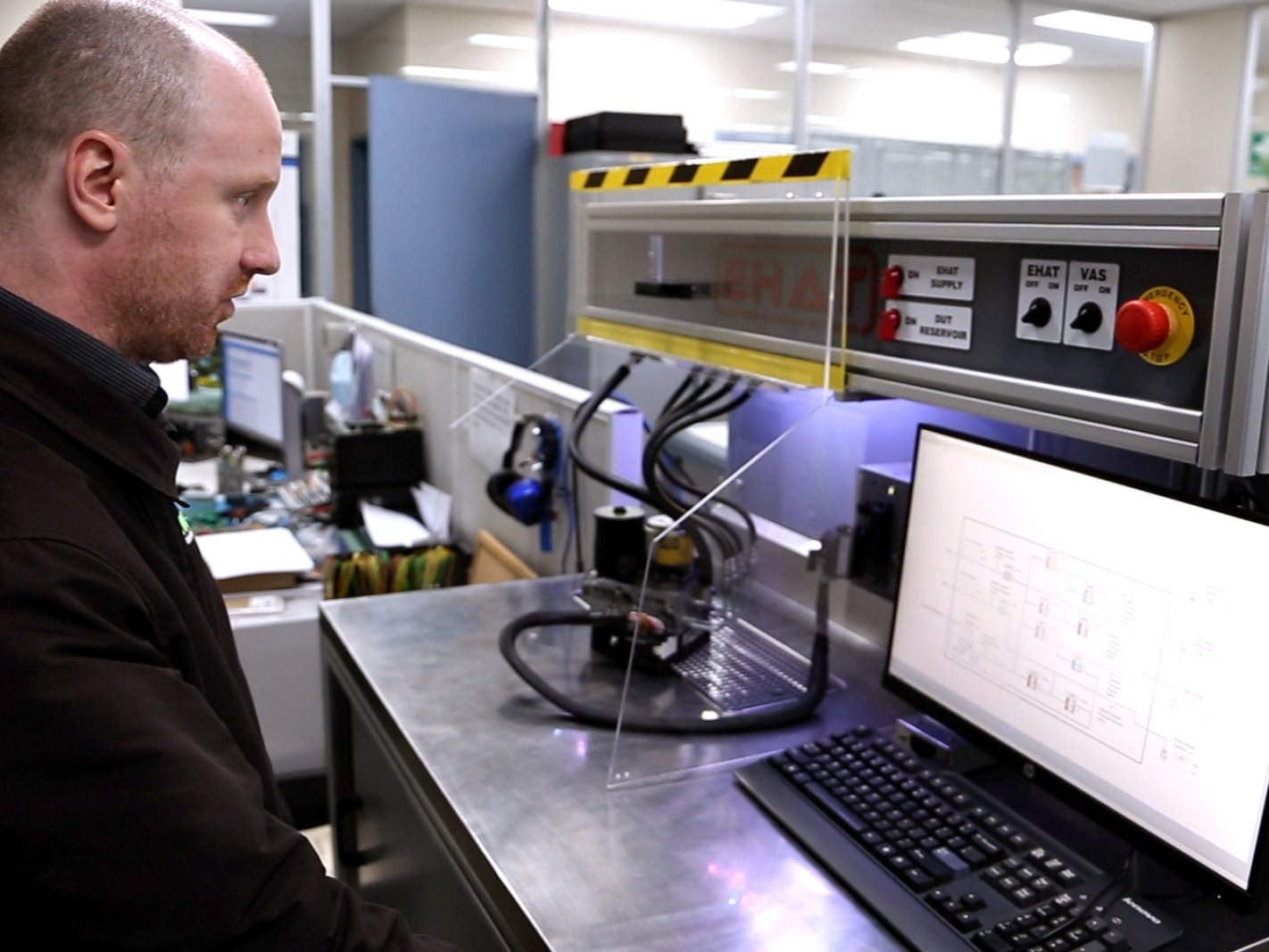 How is a hybrid battery remanufactured?

A battery pack is comprised of multiple cells and, in the case of Toyota’s unit, it only takes one or two of the 28 cells falling below an 80 percent threshold before the vehicle’s power management electronics reject the entire battery. It’s at this point the battery will need replacing.

But instead of swapping the degraded unit for an expensive all-new component, Injectronics has a different approach.

A technician removes the battery from the car, strips out the individual cells and, using sophisticated equipment, measures the serviceability and capacity of each cell on an individual basis. The healthy cells are retained and rebuilt into a new pack, with replacements for the defective cells only. 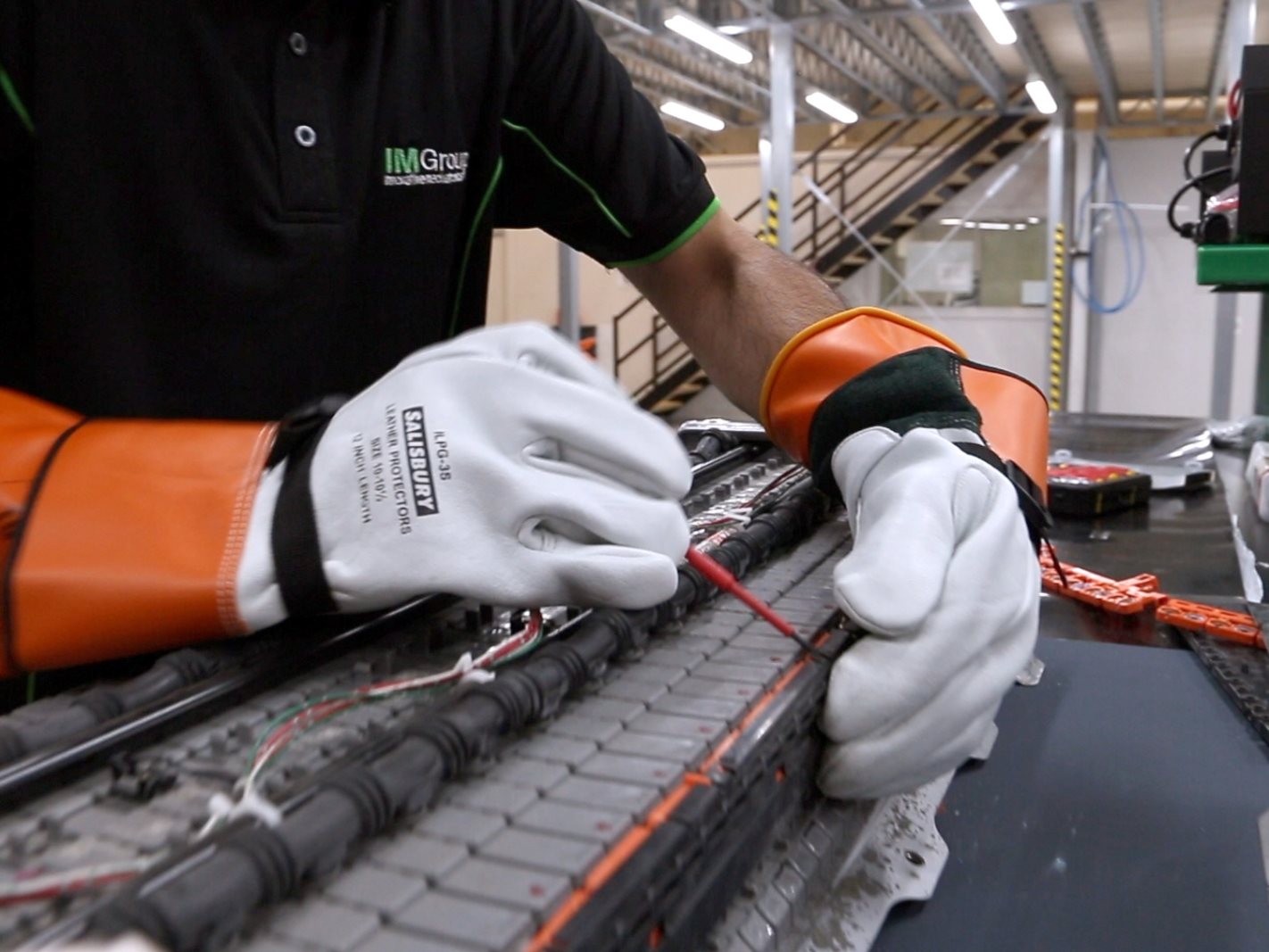 Cleverly, no new cells are required to build a maximum-capacity remanufactured unit, with the replacement cells donated from other used batteries in the process cycle.

Finally, the cell testing process identifies not just the excessively degraded cells, but also those which are likely to break down soon – and these components are also rejected, resulting in a battery that is capable of performing reliably and for as many years as a new replacement.

Each Injectronics remanufactured battery is sold with a two-year guarantee. 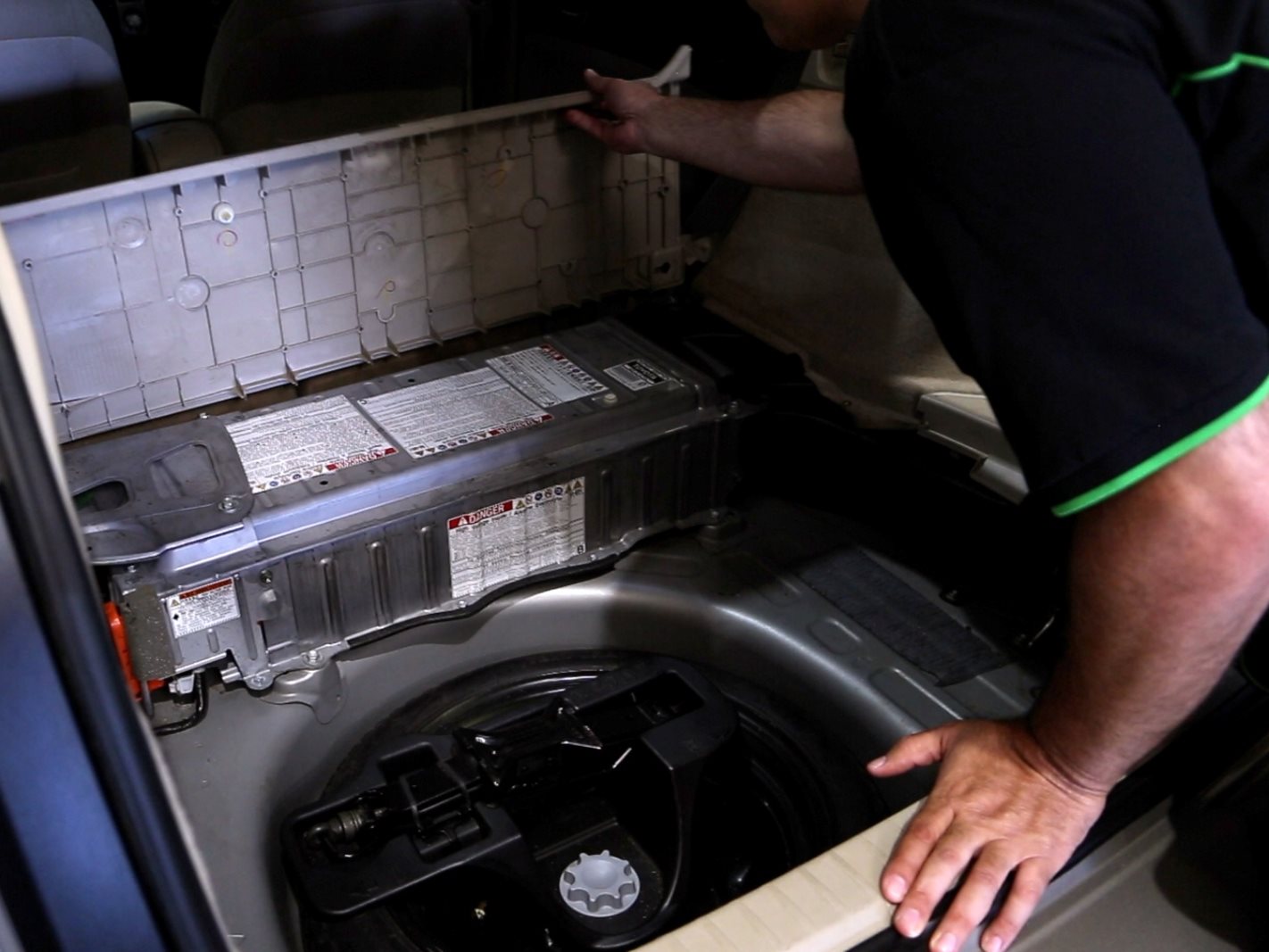 Full recycling programs offered by a handful of companies break down end-of-life batteries to their constituent compounds and materials – but these processes are energy intensive and require massive plants, whereas remanufacturing requires much less energy and produces less waste.

Most of the small energy requirement for processing is provided by solar power generated at the facility itself.

The main resource therefore, is labour, with a skilled technician required to accurately diagnose the status of each cell before barcoding and storing it in a bank for later use in the rebuilding stage. 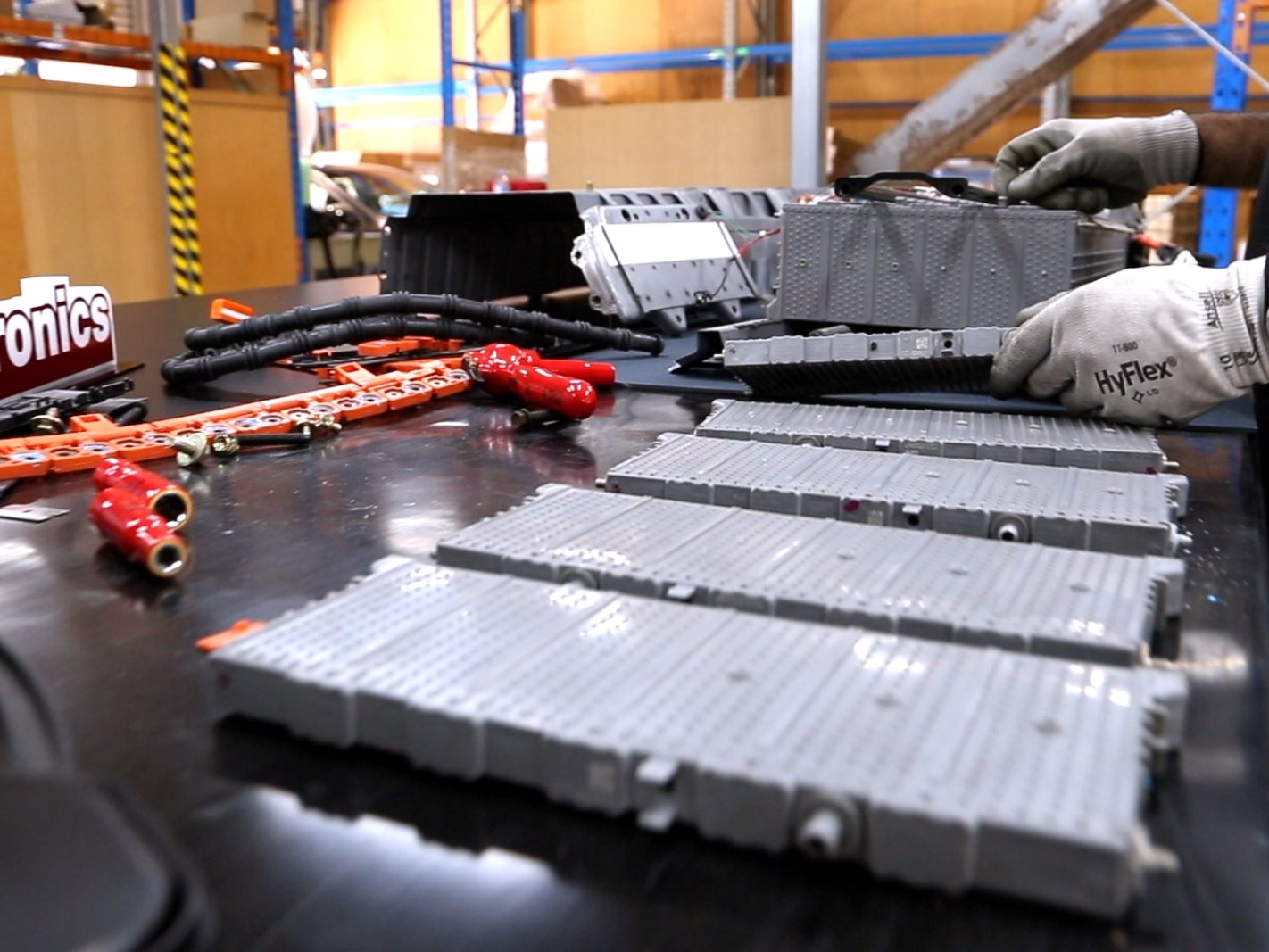 Even when faulty or degraded cells are discarded, they are not simply disposed of in landfill, as happens in a majority of battery replacement jobs.

Instead, cells with between 30 per cent and 80 per cent have enough capacity to be used in other applications, including home power storage solutions.

The net result is a remanufactured battery that costs between $2000 and $4000 – or about 60 to 80 percent of the cost of an OEM (original equipment manufacturer) new replacement.

Toyota’s Camry and Prius are one of the few electrified vehicles that use a nickel metal-hydride battery, but Injectronics will broaden its remanufacturing operation to include larger battery packs comprised of other compounds – including the more advanced lithium-ion technology used in far more brands and models.

And the research into other remanufacturing applications could even branch into heavy commercial, along with e-bikes, carts and wheelchairs, says Ricciuti.

Its scalable process is key to the expansion, and additional facilities will be commissioned in other states as the demand grows, ensuring a reliable and fast supply of batteries where and when they are required. 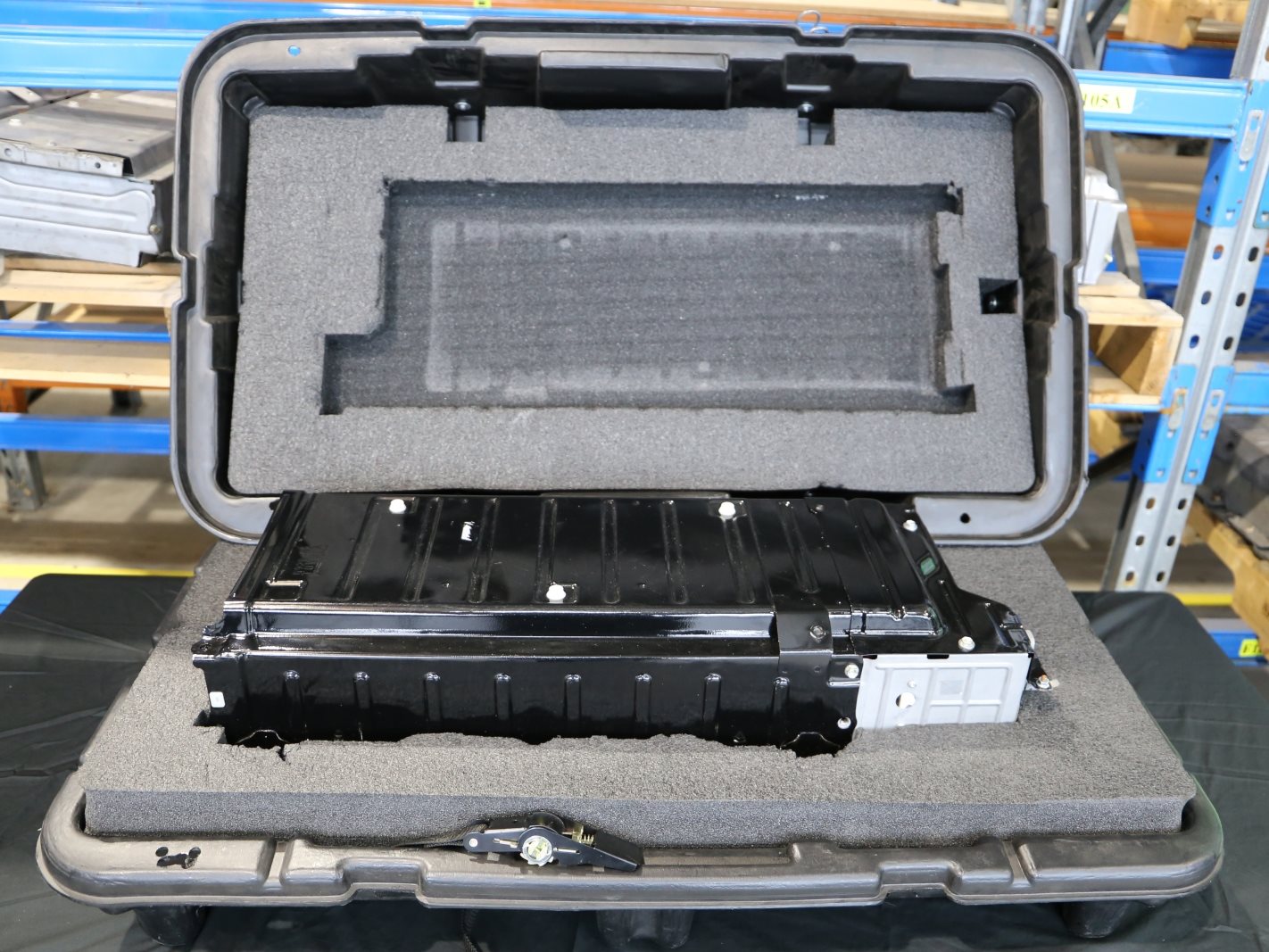 “There are a lot of experts that predicted when the car industry shut down a few years ago it spelled the total demise of automotive manufacturing and remanufacturing in Australia, and how wrong they were,” he said.

“There’s a lot of experts also saying that the onset of electric and hybrid vehicles will be the end of the aftermarket as well, because there’s no parts. Again, they are wrong.

“Our industry has shown over time that we adapt to new technologies and adapt faster and better than the car (manufacturing) industry did. I think what IM Group are demonstrating this morning is exactly that progression into the new technologies”.