Just days after Maserati revealed a defiant petrol-snorting twin-turbo V6 petrol engine, the Italian carmaker has followed up with an even more jaw-dropping announcement - the company has its first hybrid.

When it was revealed earlier this month, the Nettuno 463kW combustion-powered donk was apparently thumbing its nose at the rest of the automotive world’s transition into electrified drivetrains, but just two weeks later, Maserati has unveiled the Ghibli Hybrid. 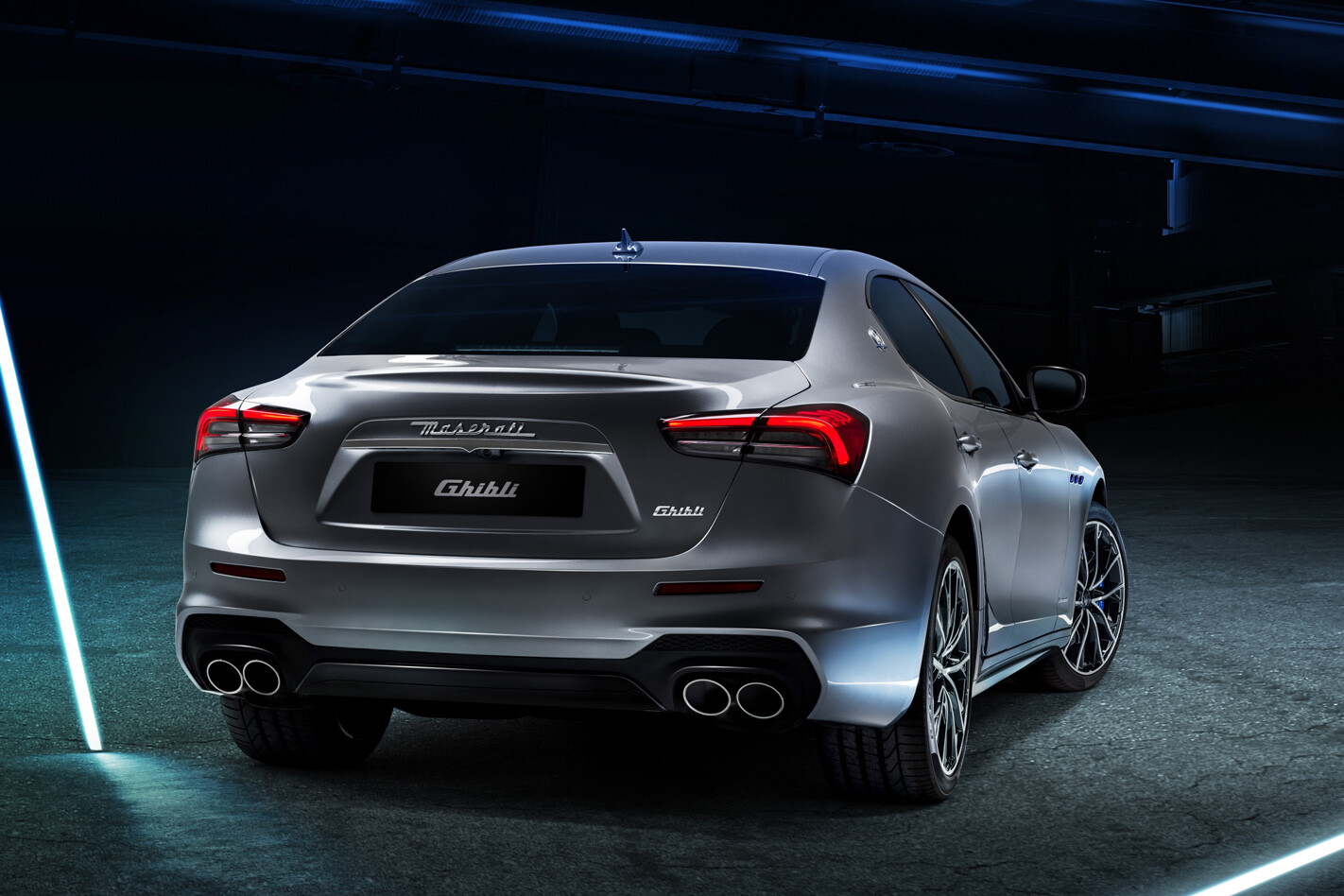 But don’t get too excited (or perhaps you should) because Maserati’s adoption of electrification is relatively benign for now.

Instead of the 3.0-litre V6s that power the rest of the Ghibli range, under the newest variant’s bonnet is a 2.0-litre four-cylinder, which elbows out the slow-selling diesel.

The new engine replaces the diesel with comparable efficiency, but power, torque and performance more akin to the entry Ghibli turbo V6 petrol.

The secret? It’s relatively diminutive displacement is boosted by a single turbo and backed up by an electric supercharger.

As per some other manufacturers including Audi and Mercedes, the Hybrid has a 48-volt electrical subsystem, which provides its eBooster with enough grunt to eliminate turbo lag at low engine load and revs.

The result is an impressive 246kW and 450Nm of torque - enough to get from standstill to 100km/h in 5.7 seconds, while delivering fuel economy of about 9.0 litres per 100km, says Maserati.

MOREe-turbos are coming
Unlike the Nettuno engine destined for the imminent MC20 sportscar, the new hybridised four-pot is not a ground-up new engine and is instead a re-engineered and repurposed version of the 2.0-litre that powers some Alfa Romeo Giulia and Stelvio variants. 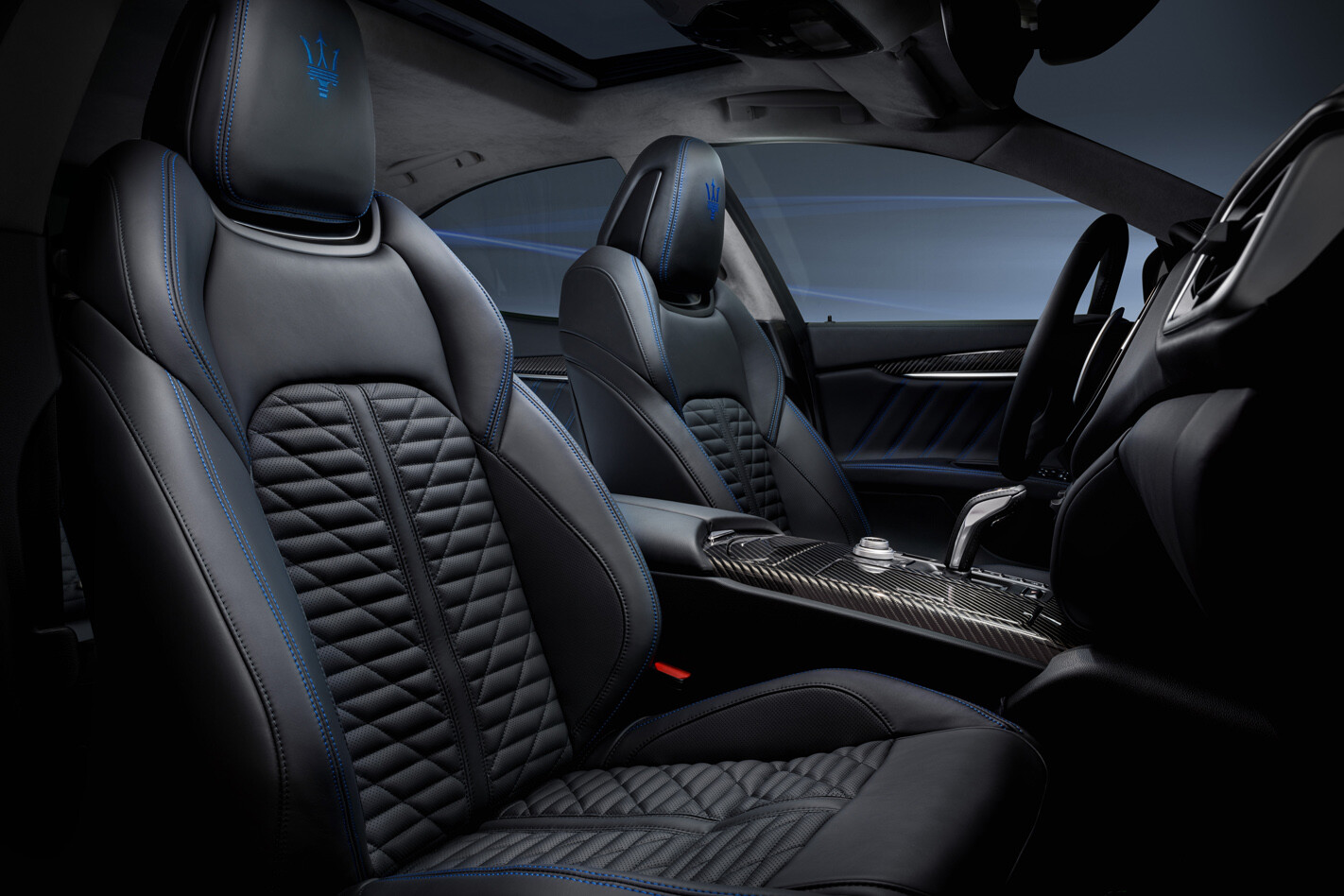 With its mild hybrid system the Ghibli Hybrid does not offer any electrical drive or assistance to the wheels but can capture energy that would be wasted through regenerative braking and a belt-driven starter/generator.

Power stored in its battery under the boot is used to drive the eBooster electric supercharger.

Despite the extra electric hardware, the new Hybrid weighs less than the petrol V6 versions and a significant 80kg lighter than the diesel. Maserati says the move to electrification has not blunted the brand’s edge and its focus on high-performance cars for driving enthusiasts.

Significant attention was given to the exhaust system to deliver “the distinctive growl of every trident model”.

Like all other Ghiblis, power is sent to the rear wheels via a ZF eight-speed automatic transmission, alloy double-wishbone suspension supports the front end with a five-link system at the tail end, and Brembo has provided the stopping power. On the front axle, six-piston callipers (painted blue to denote the Hybrid’s electric breed) grab 360mm dual-cast discs which apparently provide the beef of iron but the lightness of aluminium. The rear axle has four-piston brakes and 345mm rotors. 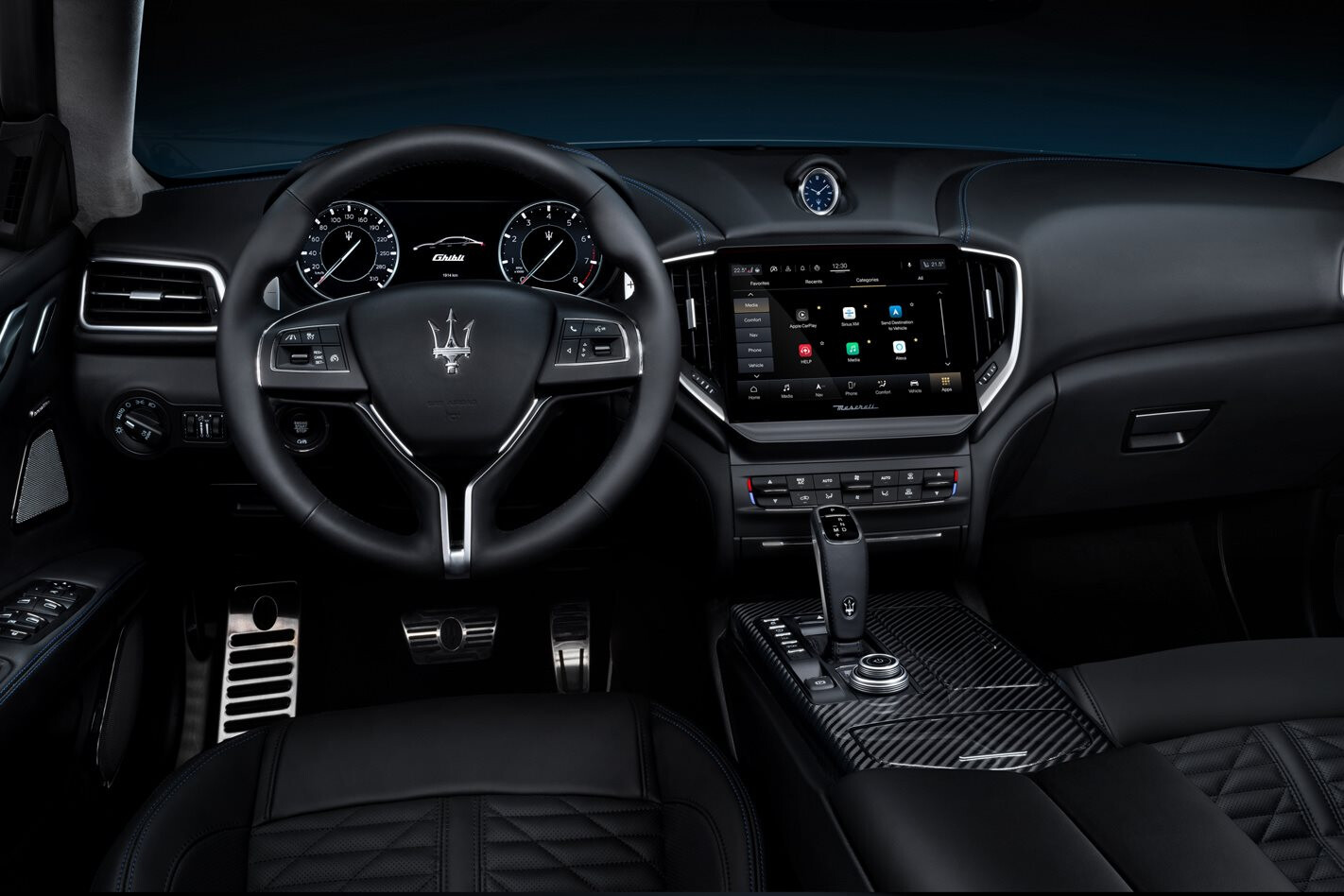 Sharp-eyed Mazzy fans will spot the Hybrid approach in from the subtle blue touches including the trademark triple vents on the front guards.

The arrival of the Hybrid also marks a subtle facelift of the entire Ghibli range and, like the other variants, it will be available in GranSport and GranLusso specification levels. Equipment and options are the labyrinths you're probably expecting. Australian pricing and availability are yet to be confirmed, but the Hybrid Ghibli precedes more hybrids joining the Maserati ranks and, ultimately an EV. Watch this emerging space for the iconic Italian marque.

Quite what the company’s late CEO Sergio Marchionne would think of the first electrified Maserati we will never know. The divisive leader was regarded as one of the main stumbling blocks for FCA electrification, explaining that the first steps would be taken when the time was right.

It seems that time, exactly two years after Marchionne’s death, is now.