Maserati has published key details on its all-new twin-turbo V6 that will power the incoming MC20 supercar pegged for a reveal this September.

Dubbed the Nettuno, or ‘Neptune’ in English, to reference the trident-bearing Roman god that inspired the brand’s badge symbol, it will be built in Modena and is claimed to be “100 per cent” Maserati, even though it also says its innovative tech comes from F1 – a sport it’s only related to through Alfa Romeo, its FCA stablemate. 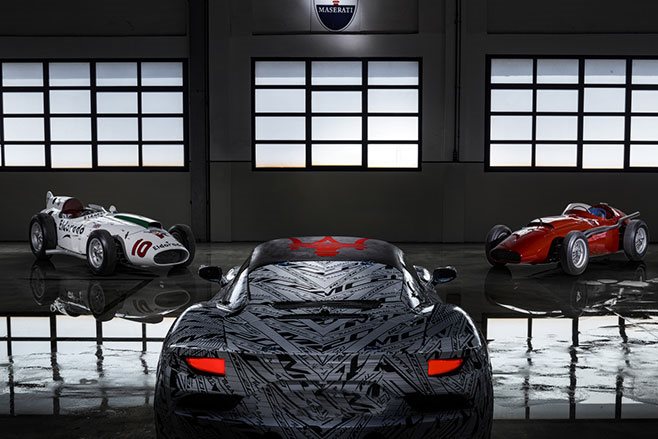 Such trivialities should not detract from this new engine's startling engineering. Measuring 3.0-litre in capacity, it relies on two turbochargers to produce 463kW at a searing 7500rpm and 730Nm across a 3000-5500rpm rev range. When it arrives it will give the MC20 the chops to punch on with the next generation of six-cylinder supercars, including Porsche’s 992-series 911 Turbo S (with 478kW/800Nm) and the Aston Martin Valhalla.

Detail-wise, the Neptune is packaged more traditionally than its rival engines. Its cylinder banks are splayed at 90 degrees and locate their turbochargers underneath. They’re twin-scroll units and feed a throttle body and intake manifold each.

Along with a dry-sump oiling system, this turbo arrangement allows the Neptune to measure only 65cm in height. It’s just as short, measuring 60cm long, while it also measures 100cm wide – no doubt because of the turbochargers – and weighs less than 220kg (DIN). The Valhalla’s TM01 V6 will weigh 200kg, in comparison. 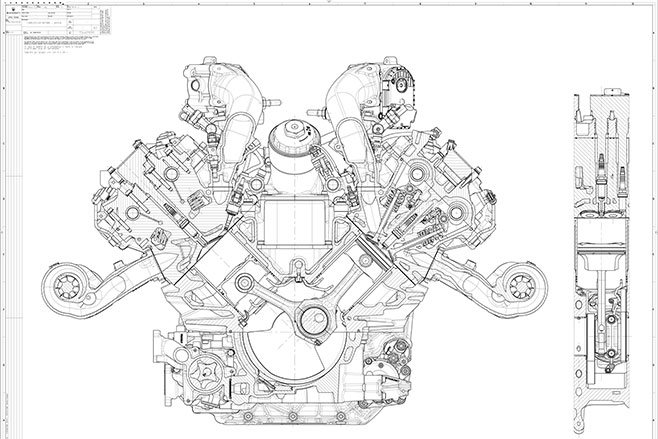 The heavily oversquare bore (88mm) and stroke (82mm) measurements means it’ll rev hard and as high as 8000rpm, while Maserati’s most proud of the new Twin Spark technology it says comes from the world of Formula One and was developed within its own Innovation Lab.

This involves a pre-chamber on top of the main combustion chamber that houses a spark plug. It couples with a secondary spark plug offset inside the combustion chamber. Combined with a dual injection system (that involves direct- and port-injection), allowing the engine to run a compression ratio of 11.0:1. 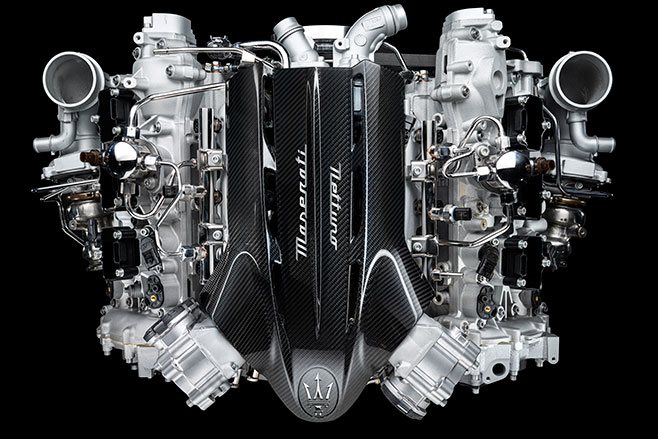 On top of that, Maserati claims the injection system “reduces noise low down on the rev range, lowering emissions and improving consumption,” while the Twin Spark ensures stable combustion throughout the rev range for driveability.

The MC20 will be the first new Maserati in over five years and herald in a new era of propulsion systems and models the brand will announce when the MC20 is revealed this September 9 and 10. Not much else is known about the project, but the brand is excitedly claiming it "will take Maserati back to the world of racing". We can't wait to learn more.