Car makers are working on 48-volt vehicles. Does that mean we will one day need to buy a bigger battery?

AUDI will soon have a version of its big, family friendly Q7 SUV on sale in Australia that will feature a special 48-volt electric system. It will be the first of a number of cars that will start to roll out with higher voltages.

The problem is that unlike tyres, brakes, engines and suspension systems that have changed dramatically as the years rolled by, the 12-volt electrical system used in cars today has been around for a long time. In the meantime, vehicles built today put even more demand on a car’s electrical system, and sticking with 12 volts is like trying to fill a swimming pool with a garden hose – what if we used a fire hose instead?

What car makers want to do is include even more electronic driver aids, such as electric turbochargers that reduce turbo lag – that ever-so-slight moment of hesitation at the traffic lights that hits a turbocharged engine when the slow-speed spin of the turbo can’t force enough air into the engine to give it more pep. It’s a problem for small petrol engines, and diesels.

Audi’s solution for this particular problem is to spin up one of the SQ7’s three turbochargers on its diesel V8 engine using electricity. However, because the system needs a fair serve of electricity to work effectively, Audi decided that using 48 volts was a better way to do it.

Dig around the new SQ7’s electrical system, though, and it still uses a conventional 12-volt battery. That’s because other parts of the car, such as the lights, radio, electric windows and windscreen wipers, still rely on the old 12-volt system. 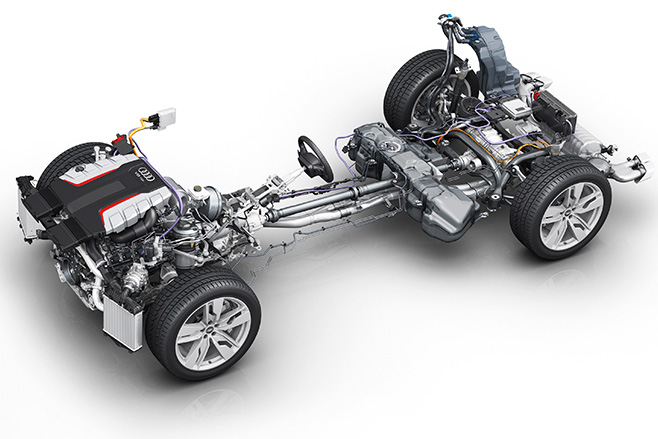 The Q7’s 48-volt battery, closely related to the one used in your smartphone and those used in many hybrid-engined and electric vehicles and about the same size as a conventional car battery, is hidden away under the boot floor.

The higher voltage system has other applications, too. Car makers are starting to roll out more stop-start engines that are able to turn off the engine while you’re stopped at the traffic lights, in a traffic jam, or waiting at an intersection, and re-start it as soon as you lift a foot off the brake pedal to start moving again.

These systems place a huge demand on a 12-volt battery – just watch a video of someone hand-cranking an old car’s engine to see how much effort it involves – and it therefore makes sense to replace them with more powerful, less stressed 48-volt ones.

Audi is also using its 48-volt system to tweak the Q7’s suspension system as the SUV drives along the road. It uses electronically controlled sway bars to stiffen up the car’s ride in the blink of an eye if you’re having a bit of fun behind the wheel, and soften it up just as quickly when you’re lolling around town. One day the suspension system will also top up batteries by converting the road’s lumps and bumps into electricity.

Audi has also flagged the 48-volt system will soon roll out to other parts of the car’s electronics, including pumps and air-conditioning, stereo systems and heating.

The Audi Q7 is an expensive luxury car, but cheaper brands are also looking at 48-volt systems as a step forward.

Europe-based vehicle electronics maker Delphi – once a part of global car making giant General Motors – has built a hybrid system that it has already trialled in a Honda Civic hatchback. 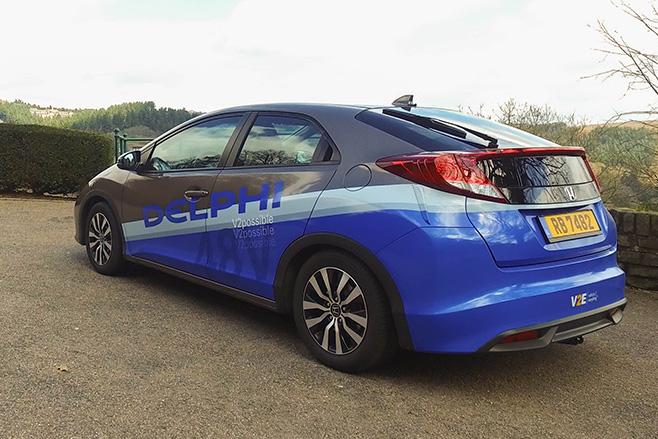 Delphi’s system replaces the car’s 12-volt generator with a 48-volt version that can jump in to give the engine a boost while accelerating. The system is also designed to use the electric generator to scavenge electricity while braking, and use it to top up the 48-volt battery.

It says the technology can save up to 15 percent of a car owner’s fuel bill.

Delphi has revealed it has two as-yet unnamed manufacturers signed up to roll out its own take on the 48-volt system late next year, one of which is believed to be one of the world’s biggest car makers, Volkswagen. Swedish brand Volvo has also toyed with a similar system for its upcoming models, many of which are due this year and the next.

There’s other 48-volt works in progress, too, such as an electrically driven rear axle that helps a petrol- or diesel-engined front-wheel-drive car, while Land Rover has trialled a hybrid system that sandwiches between the engine and gearbox. Both ideas are yet to make it into a production car, so watch this space.

So about buying that bigger battery? Hopefully the answer is no. You’ll still need to regularly check the health of the standard 12-volt one, and make sure it never goes flat, but you should never have to look at the beefier 48-volt one as the car’s electronic brain will be programmed to take good care of it.