MAZDA will cut the BT-50 trade ute’s ties with Ford, announcing that the next generation of its one-tonner will instead use underpinnings shared with Ford’s rival, Holden.

The move to dump the Ranger as the base for the BT-50 means Mazda will end a decade-long association with Ford.

Under the terms of the agreement, Isuzu will produce next-generation trade utes for Mazda, based on Isuzu’s D-Max. The agreement also states the new ute will be sold in all markets outside North America, which includes Australia.

The consolidation means the Isuzu D-Max, Holden Colorado and Mazda BT-50 will all share the same DNA. Likewise, the Nissan Navara is also set to spin off rebadged versions for sister brand Renault, as well as a more luxurious version for Mercedes-Benz that’s likely to be known as the GLT.

The announcement will be welcome news for Holden, with the next-generation Isuzu D-Max expected to lift its levels of driver assistance, comfort and handling up to rival that of the current-generation BT-50 and the Ford Ranger, which according to Wheels are both close to class-leading in the segment.

In contrast, the Isuzu D-Max and Holden Colorado languish near the bottom of their class. 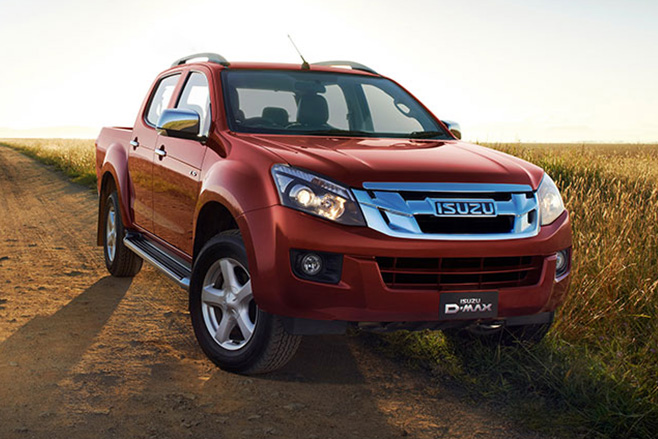 Light commercial vehicle sales – which includes one-tonne trade utes – have already grown by 10 percent compared with the first six months of last year, accounting for more than one in four new-car sales in Australia, or about 100,000 units. Almost all sales in this segment, which includes buses and vans, are two-wheel-drive or four-wheel-drive pick-up trucks.

Toyota’s Hilux dominates the more utilitarian 4x2 part of the trade ute segment, while in the 4x4 segment – the playground of a new generation of passenger car buyers looking for something that says work on weekdays and play on weekends – there is a hard-fought battle between the Hilux and the Ford Ranger.

The Ford Ranger outsells the Mazda BT-50 three to one in the 4x4 segment. In contrast, the Holden Colorado snares two sales for every sale of the Isuzu D-Max.