Mercedes-Benz and Ford to introduce wireless car charging this year

Mercedes-Benz S-Class Plug-in Hybrid and next-gen Fords to be among first with wireless, inductive charging for onboard battery cells

Mercedes-Benz and Ford have announced within days of each other their intention to supply next-generation electrified vehicles with wireless charging capabilities.

Wireless or inductive charging uses an electrified pad placed under a vehicle to add battery charge via corresponding equipment on the car. It is a more convenient and flexible way to recharge a battery without the need for cables.

Speaking at the Consumer Electronics Show in Las Vegas, head of Mercedes-Benz connected cars division Axel Harries said, “Inductive charging will be a very convenient piece of technology for customers. They just drive into their garage and inductive charging means no hassle with putting [a plug] into the car.

The main disadvantage of wireless charging is speed. A wired connection will add more charge to a battery for a given amount of time, when compared to inductive charging, though the technology is improving.

“A charging station in your garage is very sufficient when you leave the car there overnight. It’s an interesting additional tool for convenience,” said Harries. 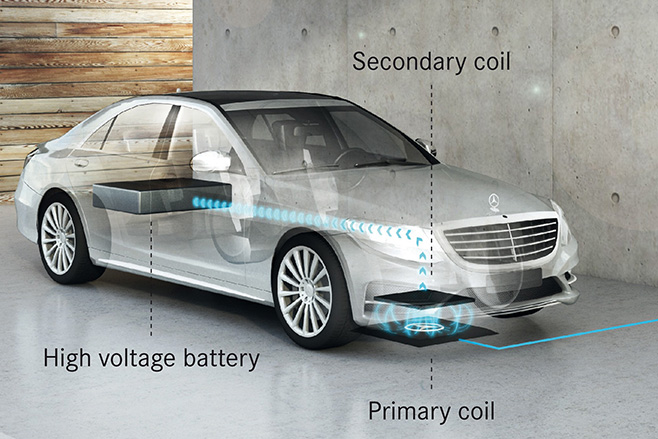 The first Mercedes vehicle to offer the technology will be the S-Class Plug-in Hybrid, due to land around the end of this year, before rolling out to other Mercedes-Benz models and the Mercedes-Benz EQ sub-brand of pure electric vehicles when they arrive.

Ford announced plans in the past week to offer the same technology for its electric Transit taxis and for customers with electrified cars, who can book into a wireless charging space using an app, and charge their car while they’re away from it.

Benz plans to offer the technology to people in their homes first.

“It will be an option, the customer will need to buy additional equipment within the garage or carport,” explained Martin Huleder,

“The questions will be for public area charging points, but these will be answered step by step in the future.” 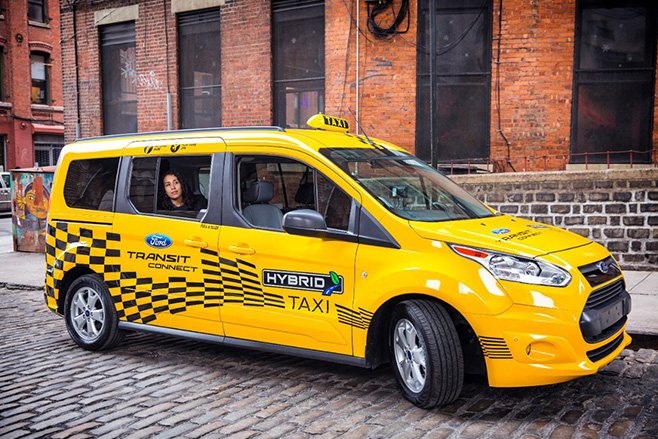 A company called Evatran sells an aftermarket wireless charging solution to Tesla owners for $5590 (US$4120). Teslas do not have inductive charging capability built in.

Researchers are devising ways to create recharging loops on highways, where electric cars could charge themselves as they drive. An ideal solution for buses on public transport loops.

“There’s great opportunity there, particularly in cities, where you’ve got vehicles in a looped environment. Things like taxis and buses, where rather than having to have ever bigger batteries you have smaller batteries because you can feed in some charge a little and often,” said Roger Atkins director of Electric Vehicles Outlook.

Inductive charging is likely to play a key part in the roll out of autonomous vehicle fleets owned by ride-hailing companies like Uber, or Merc’s own brand car2go, as it will allow robotaxis to return to base and recharge themselves automatically.

BMW has shown an interest in wireless charging, including previews of its development at CES in previous years, though no announcements have been made about plans to implement the technology in a production capacity.