The Mercedes-Benz E-Class Estate will offer less space but more safety and convenience tech when it reaches Australia in early 2017.

In unveiling the wagon version of its signature model overnight, Mercedes revealed a design that closely mirrors the Mercedes-Benz C-Class Estate with its curving roofline and slimmer tail-lights.

Although the luggage capacity actually shrinks by 25 litres in the boot and by 130 litres overall with the rear seats folded down, the E-Class Estate’s figures of 670L and 1820L are still superior to the rival Audi A6 Avant (not currently sold in Australia) and BMW 5-Series Touring. 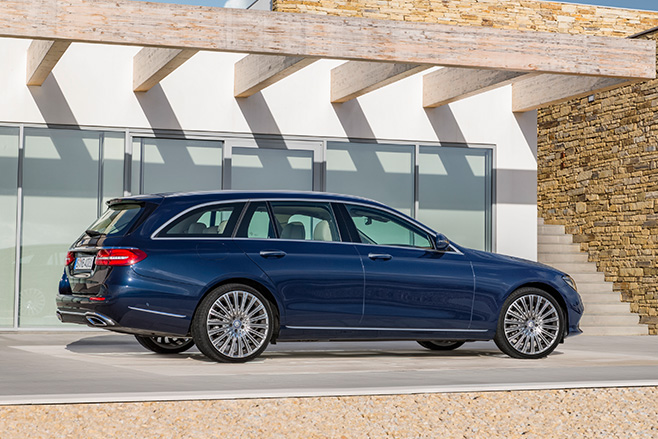 An adjustable rear backrest can be inclined 10 degrees steeper to create an extra 30 litres of space.

The rear seat offers a 40:20:40 split-fold arrangement with electric release levers, and Mercedes says 1100mm of width between the wheel-arches allows the Estate to fit a Europallet.

An electric tailgate is standard along with a stainless-steel load-sill guard, and a luggage-rail system is optional. 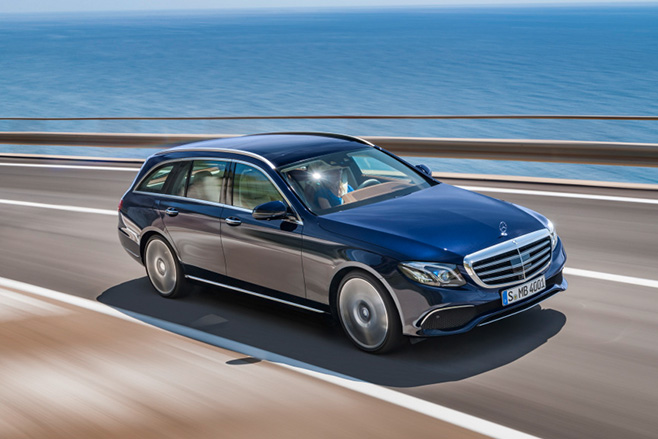 A self-levelling system via the standard rear air suspension can keep the E-Class Estate horizontal even if there’s up to 745kg of cargo in the rear. Braked towing capacity is rated at up to 2100kg, depending on the variant.

The interior virtually replicates the design of the E-Class sedan as expected, including the choice of two wide, high-resolution 12.3-inch display screens.

Convenience features such as remote parking via smartphone app and active safety items such as partial autonomous driving and full autonomous braking carry over from the sedan. 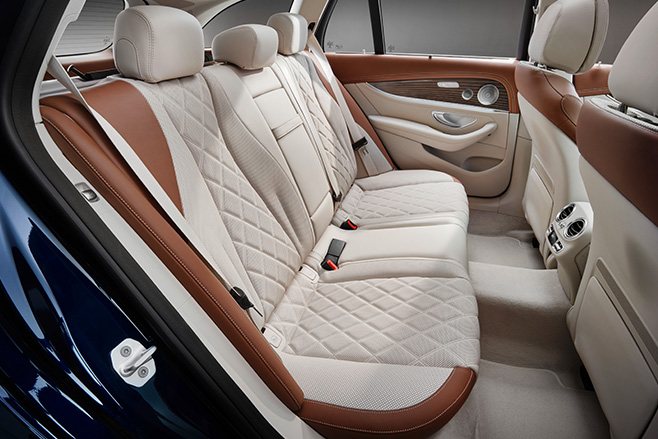 Mercedes is also claiming benchmark headroom and elbow room in the rear seat. An optional two-seat third-row will again be offered.

A rear seat entertainment system that allows occupants to integrate an iPad for a plug and play set-up has likewise been confirmed.

Range variants confirmed so far include the E220d, E350d and E43 4Matic, though they will expand to include other models such as a high-performance E63. 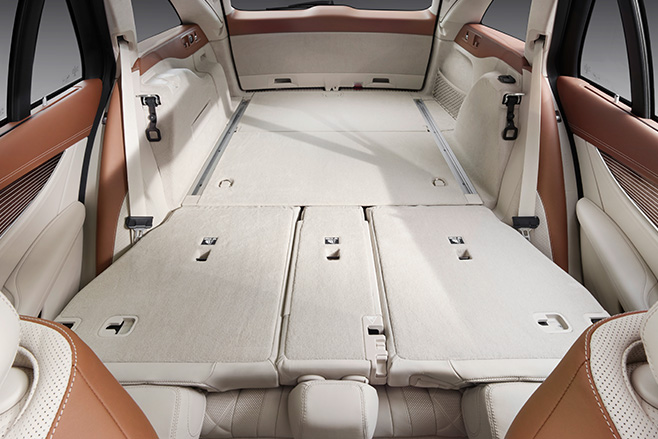